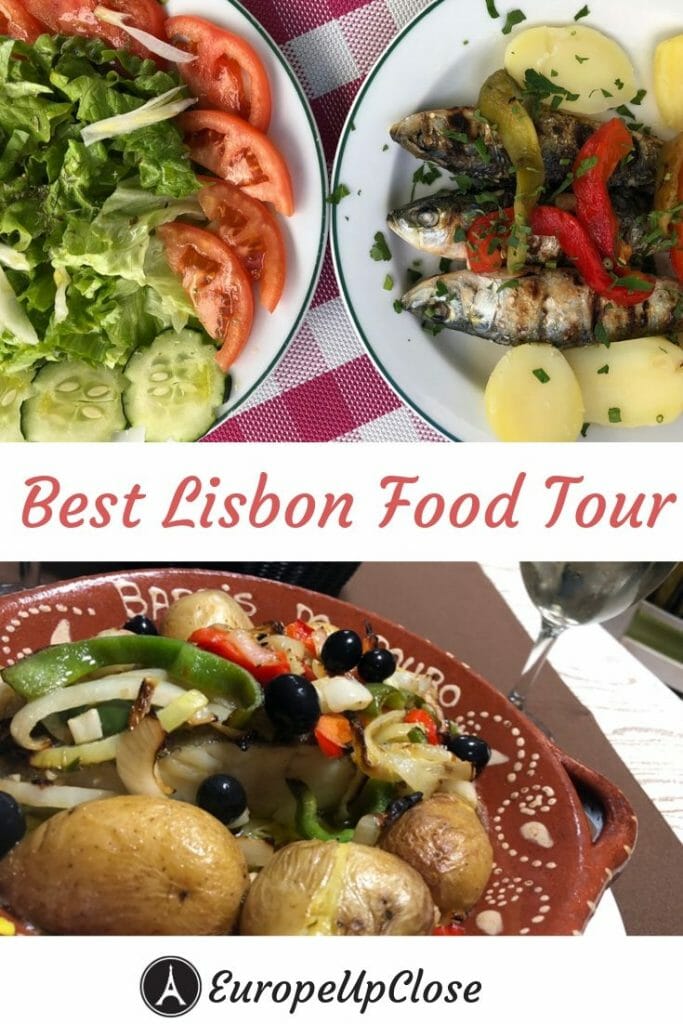 Take a look at their website here and see their competitive prices! 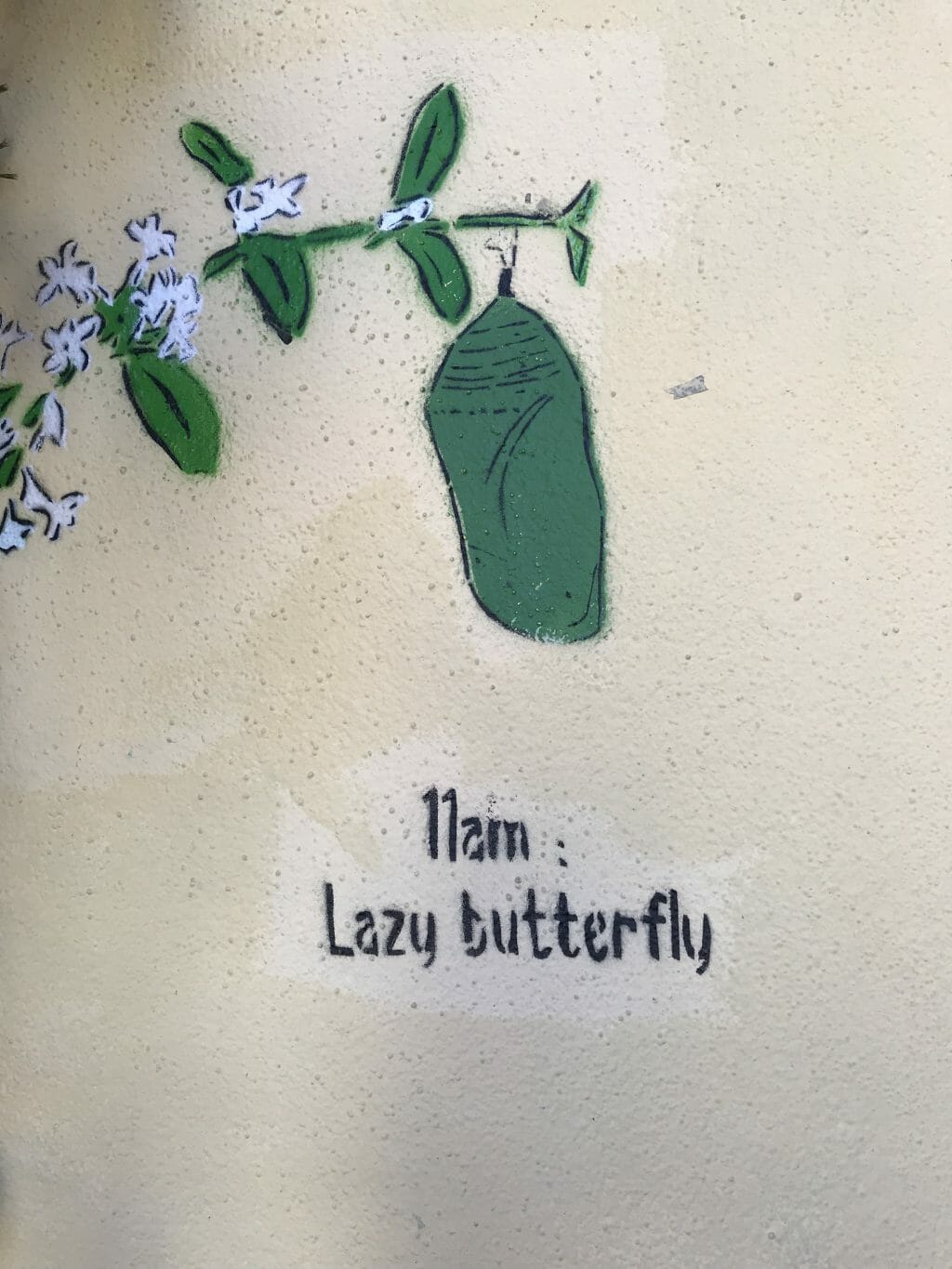 Offered up at six different stops, local delicacies are paired with Portuguese beer and wine. The polished white and black mosaic cobblestones, both uphill and down, lead to where Lisbon locals congregate for authentic cuisine. Washing hangs from the balconies of the townhouses that line the back streets.

Fado still rocks as it did way back when it first hit TV. Vibrant, often meaningful art decorates the otherwise drab buildings of these old neighborhoods. Eating Europe’s tour takes its guests off-the-beaten track, to discover foods and restaurants the ordinary tourist wouldn’t find on their own. 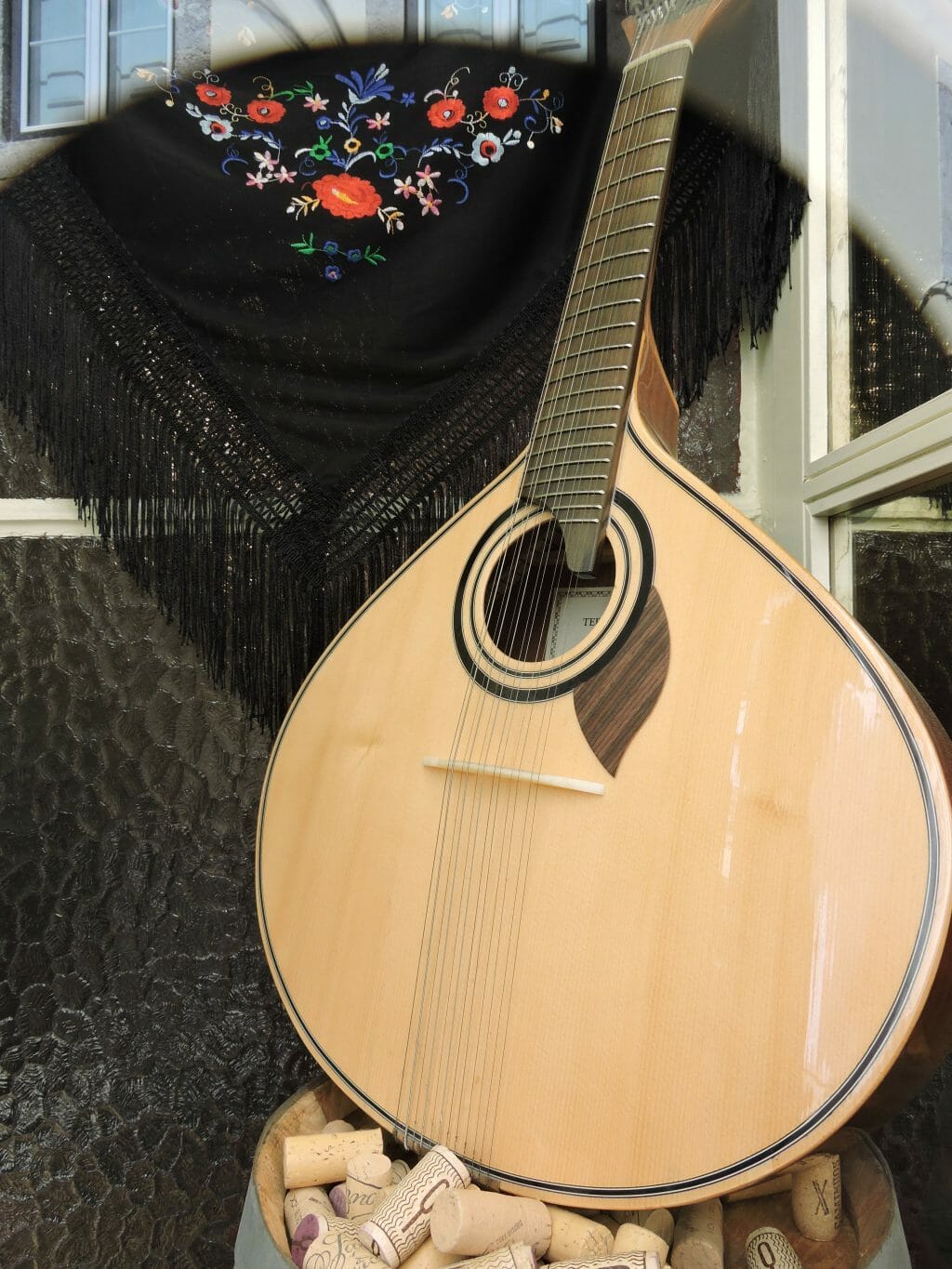 Walking shoes on, water bottles in tow, we catch up with our tour guide, Katrina, and her two associates, Marianna and Ricardo, on a warm spring day. Hungry and happy to be on Eating Europe’s inaugural launch, we can’t think of a better way to experience Lisbon.

Katrina enthusiastically explains that Lisbon’s unique neighborhoods, filled with backstreet cafes and restaurants, is one of Europe’s most food centric cities. She quickly adds, “if you thought Lisbon’s gastronomy was solely based on cod, lobster, cheeses and wine, you’d be wrong.”

While Lisbon cuisine has its staples, Katrina says her walking tour will show us how diverse, cultural influences from Portugal’s imperial past have shaped its unique cuisine today. And it all takes place at a gentle rhythm, just like the country’s Fado music. 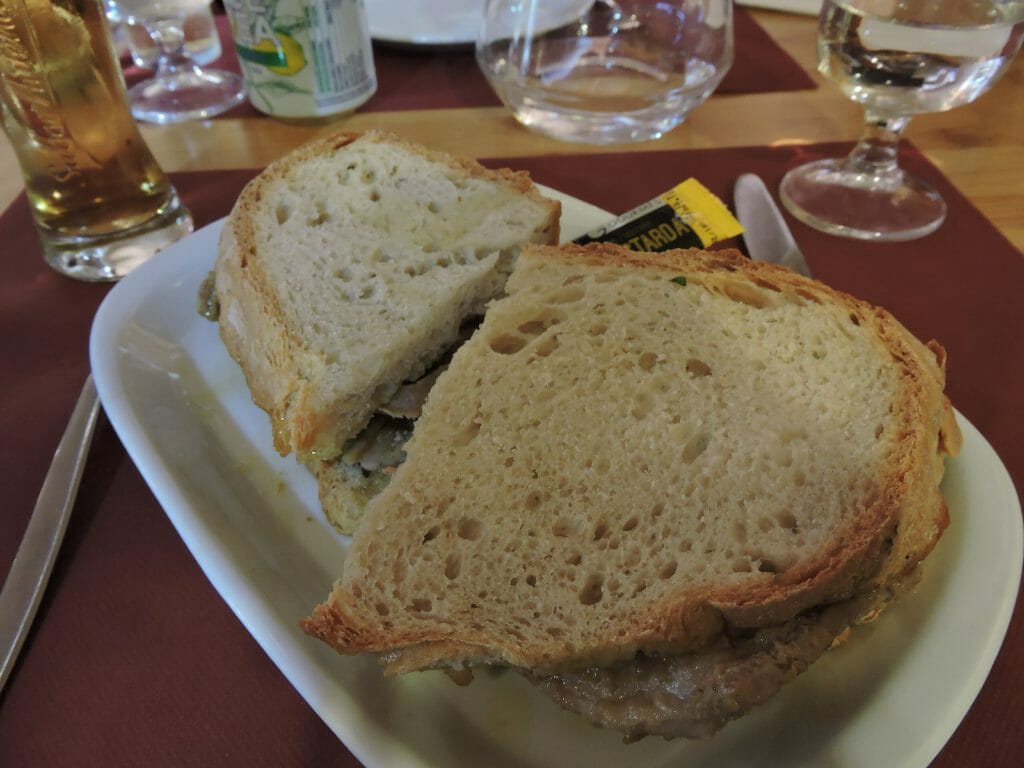 The gastronomic journey begins in Lisbon’s historic heart, the Baixa district. It continues to Mouraria, one of the oldest neighborhoods in the city and survivor of the 1755 earthquake, an event that devastated Lisbon. Between restaurants we’ll learn more about this architecturally distinct city, its history and traditions.

Tucked in the back of a Muslim-inspired building decorated with azulejos, glazed colored tiles used throughout Portugal, our first stop is the popular Caso do Alentejo. Before we make our way to the restaurant, our tour guides share the rich history of its Moorish palace. We pop in for a traditional Portuguese snack called “bifana.” Made on thick sliced Alentejo bread, the tender pork’s marinade and added mustard make for a simple, but satisfying sandwich. Paired with a local beer, we’re already loving this food tour!

As we wind our way through Baixa to the Mouraria neighborhood, we encounter colorful scenes of local life painted on austere buildings – musicians playing Fado on Portuguese guitarras, portraits of former residents outside of their homes, a lazy butterfly landing on a tree branch. The paintings were organized by the famous artist, Camilla Watson whose portrait is also on the building, as a loving tribute to the residents of the Mouraria neighborhood.

Jasmim da Mouraria, an authentic Portuguese restaurant deep in the Mouraria neighborhood is our second stop. Portuguese love, love, love codfish. With 365 ways to prepare it, there’s no shortage of recipes. Seated at basic metal tables and chairs, we dine on codfish in white beans, olive oil, vinegar, onions and spices. A white wine, Tem Avondo from the Alentejo region, pairs perfectly with this delectable snack. 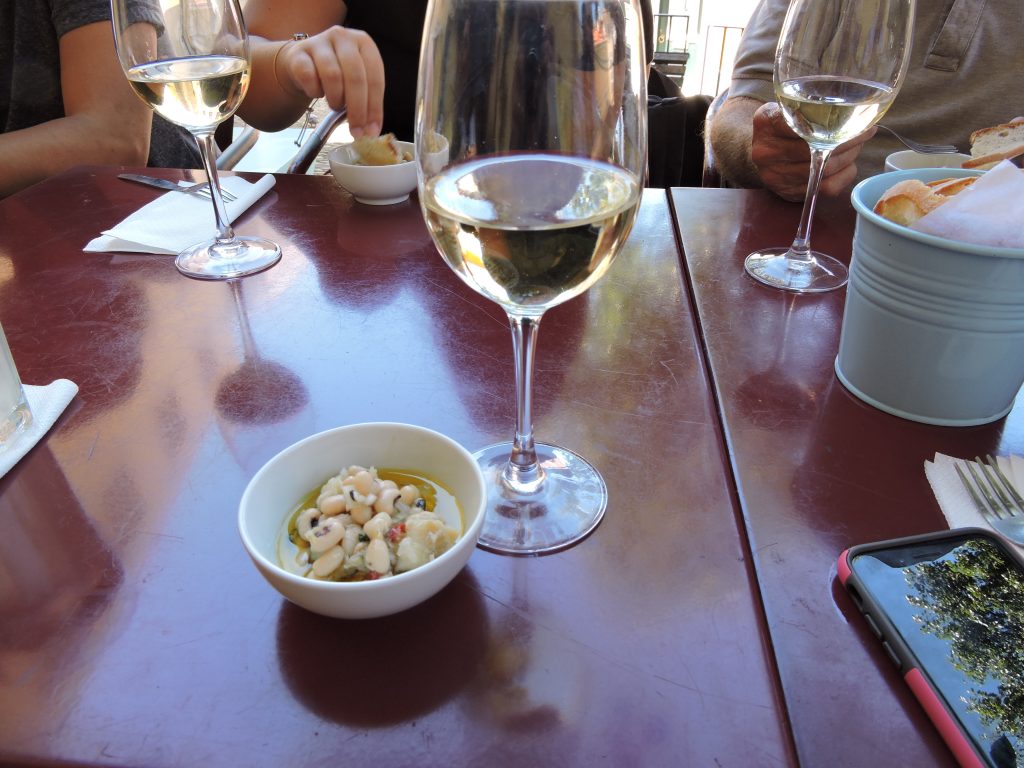 Down the stone stairs and through the narrow cobblestone streets, we head to Cantinho do Aziz. As early explorers, the Portuguese’ colonial influence is reflected in its cuisine. African, Brazilian, Indian flavors and cooking methods have found their way into everyday Portuguese foods.

Cantinho do Aziz is so popular; they’re planning a pop-up restaurant soon in New York City. Serving foods with a Mozambique influence, we dine on their chicken chamucas (Portuguese for samosas). Deep fried yet light in taste, they’re paired with Cuca, an African beer from Angola. And on this warm day, a cold beer is quite welcome! 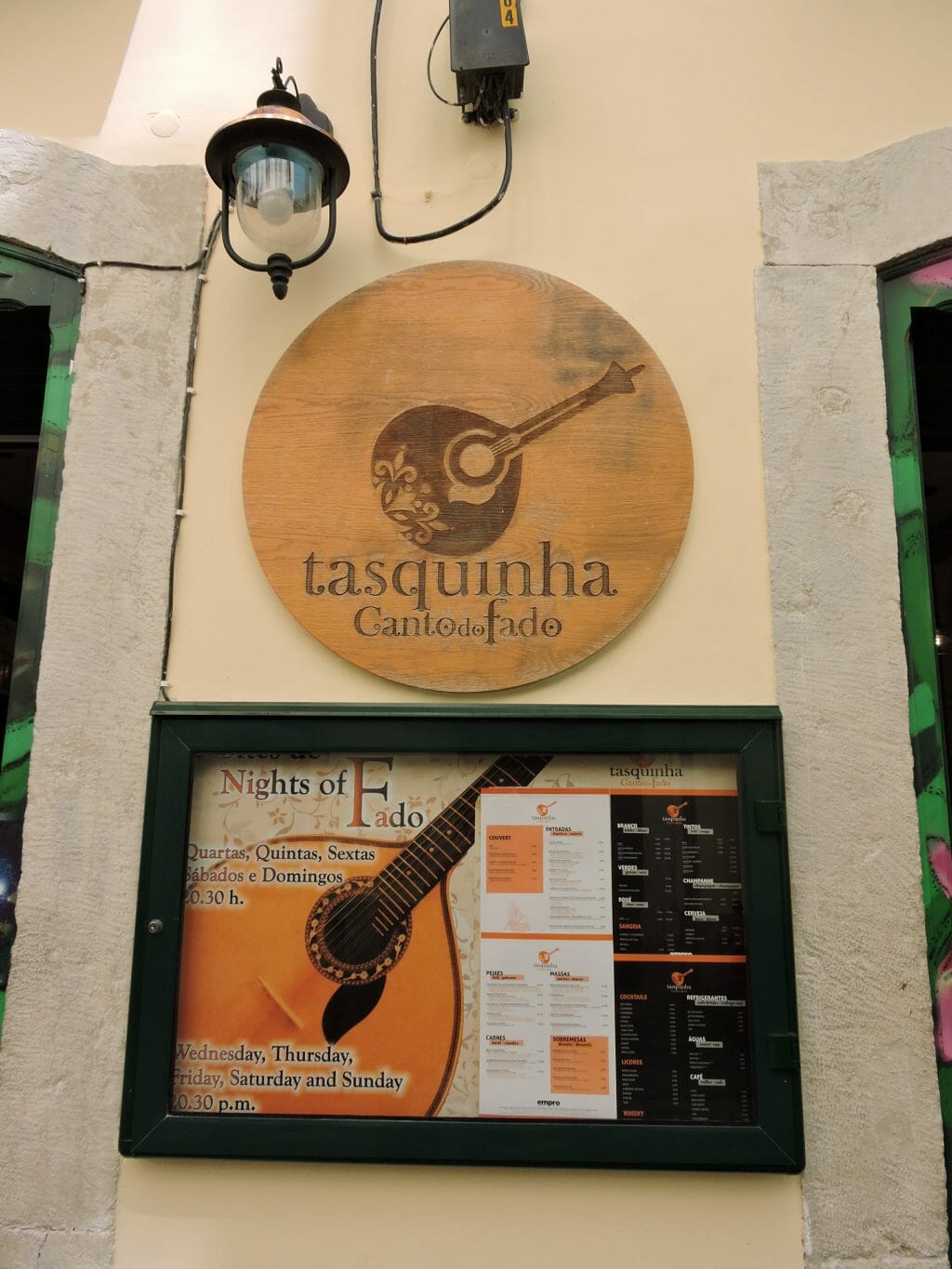 Our epicurean walking tour continues at Tasquinha Canto do Fado for carne asada and creamy mashed potatoes. It sounds like the Mexican dish “carne asada” but this slow roasted beef is covered with a thick tomato-based sauce.

Katrina says “This is a typical Portuguese dish you would eat at your grandmother’s house on Sunday.” It’s so flavorful I can’t stop eating it. Mournful tunes of Lisbon’s famous Fado music play in the background. Portuguese guitarras hang from the wall and colorful versions are painted outside. 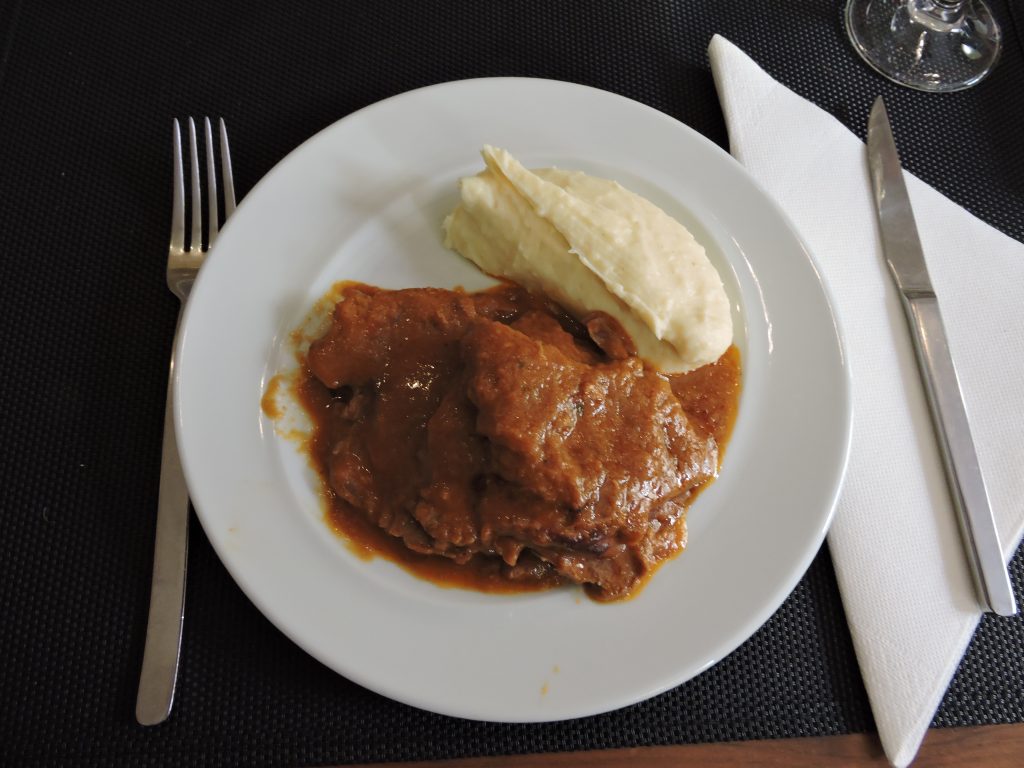 After such a heavy meal, we need to walk around a bit. We head around the corner to view vivid scenes of Fado singers and colorful maidens painted on the walls of a neighboring building. This is where Fado originated. Depicted everywhere is its history.

For the fifth stop on our tasty walking tour, we arrive at Sao Jorge Restaurant for sparkling wine and petiscos. Spain has tapas. Portugal has petiscos – simply a snack you enjoy with friends over a glass of wine or beer.

We sample a whole fried sardine, brandade (a combination of cod and mashed potatoes served on a small piece of toasted bread), and peixinhos da Horta (tempura green beans). This Portuguese comfort food is also known as “little fish from the garden” because they resemble small, deep fried fish. 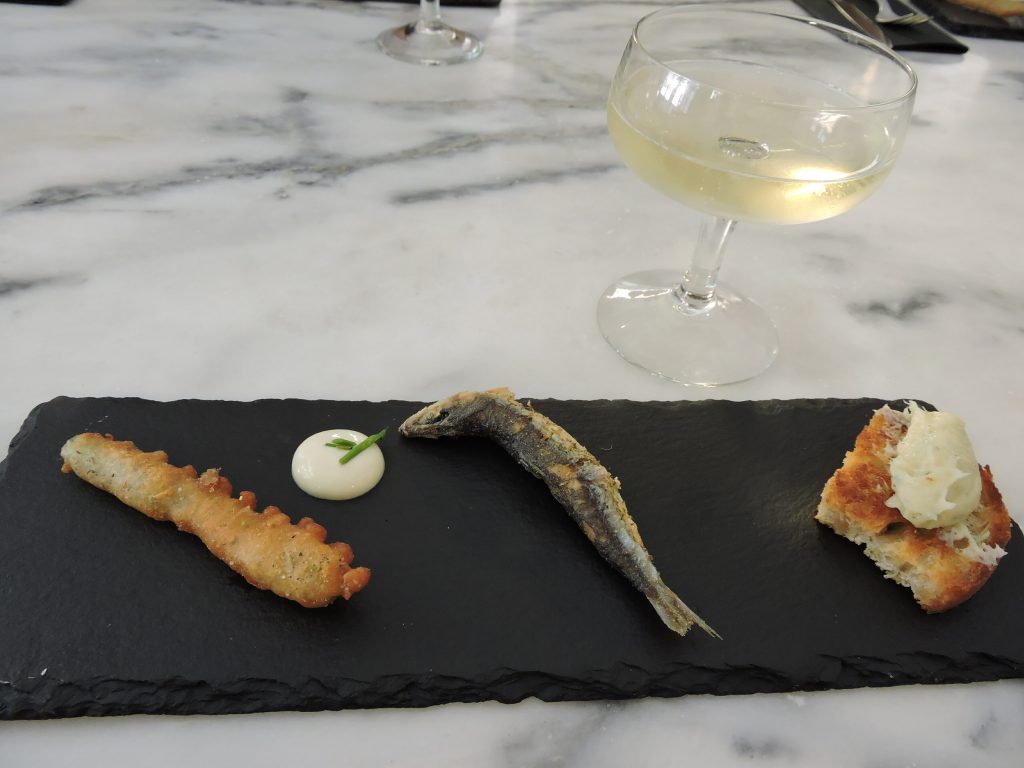 The last stop is Pastelaria Santo Antonio, where apparently you can eat a custard tart and ask for a miracle! This place is famous for its pastel de nata or custard tart. The pastry originated in the neighborhood of Belem, but today this iconic Portuguese food can be found throughout Lisbon. 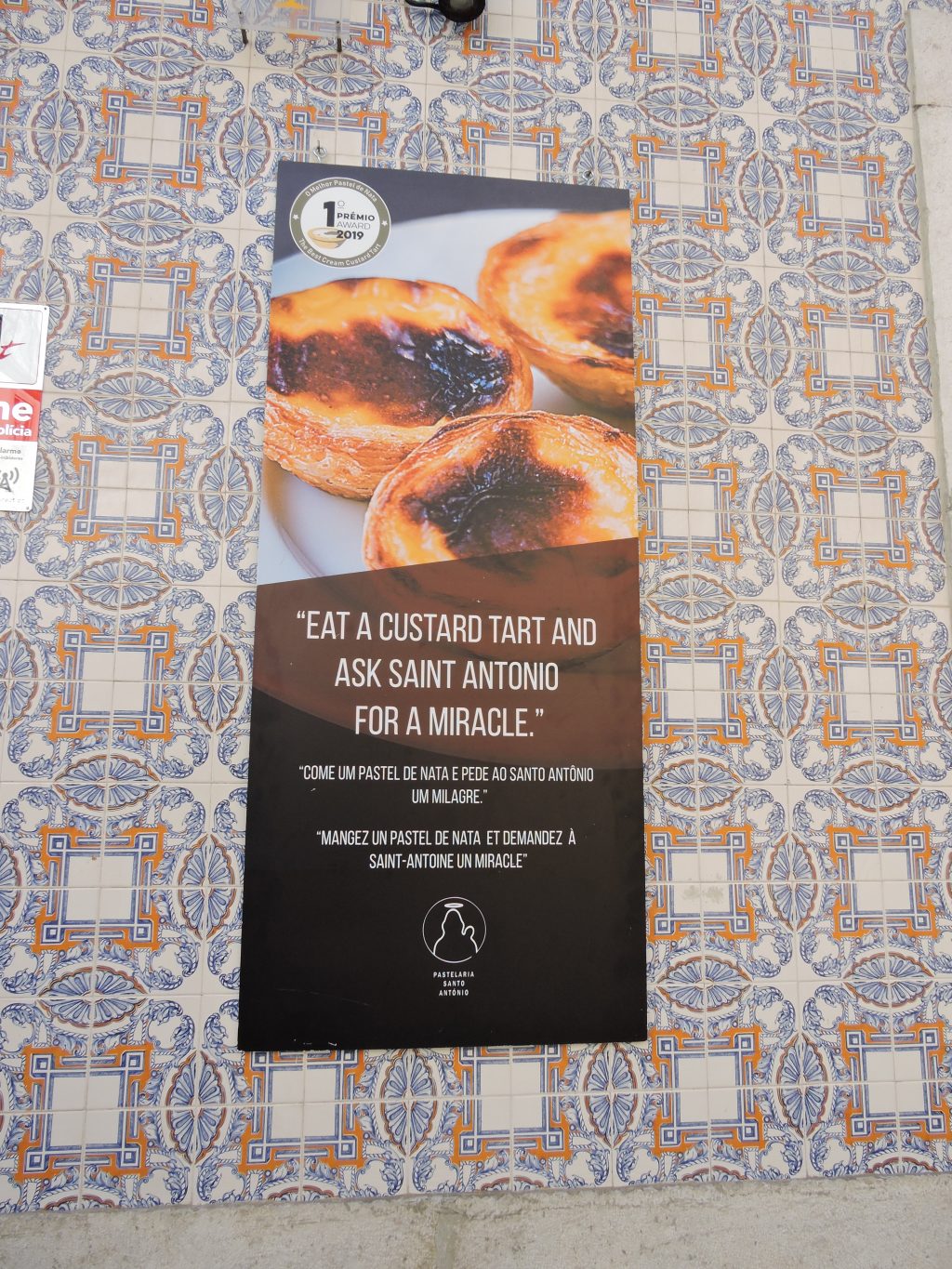 As a big fan of custard, I must admit, I ate one nearly every day while in Lisbon. I didn’t shy away from them on this afternoon either. Pastelaria Santo Antonio claims to be the #1 choice of custard tart fans. They didn’t disappoint. If you want to make them, you can book this 2 hour Pastel de Nata Class here. 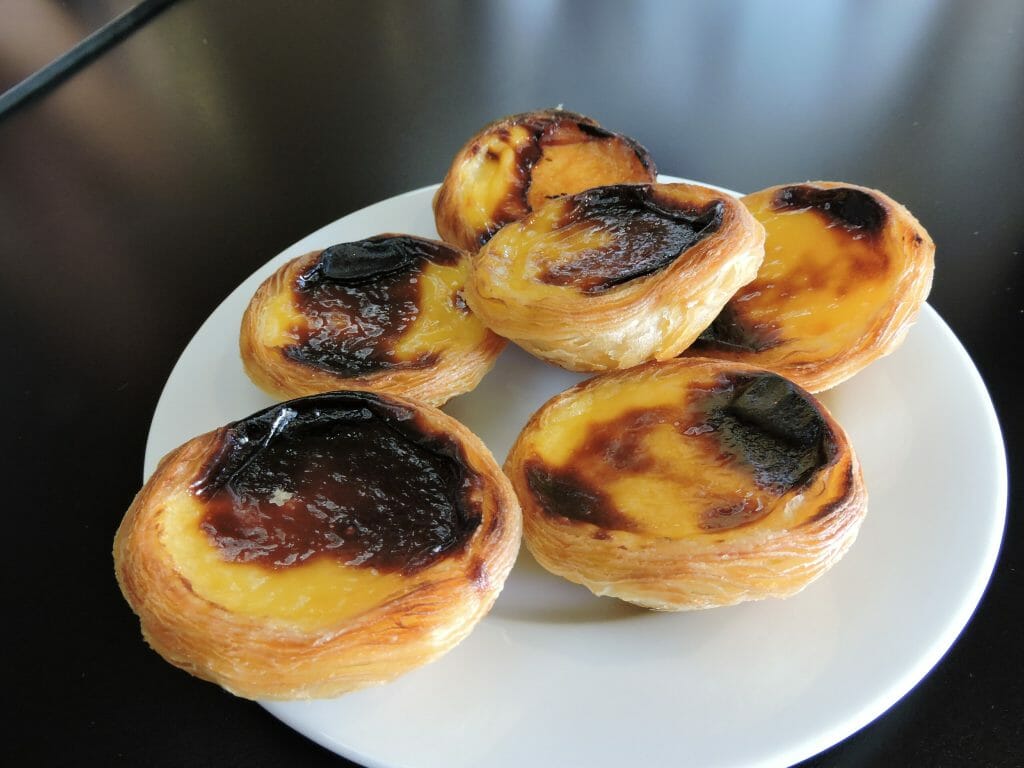 Gary says there’s no better way to gain insight into another culture than by eating and drinking your way through the region. If you think about where you’ve been and your most memorable experiences, they probably revolved around food and wine.

Thank you, Eating Europe for an unforgettable walk through Lisbon’s cuisine, culture and historical neighborhoods!

Lisbon Food Tour was written and photographed by Pamela and Gary Baker. They are California-based food, wine, and travel writers who love to share their passion for good food and wine from around the world with their readers.

And remember to read our other helpful posts on Lisbon:

Lisboa Card – Is it Worth It? 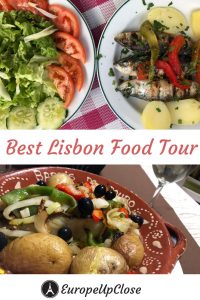 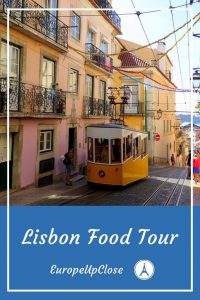 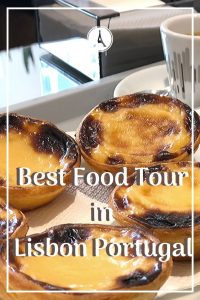