In the world of beer, Austria is almost always overlooked in favor of its more famous neighbor, Germany. But to ignore Austrian Beer is to ignore a wealth of fine beer choices and varieties.

Take a look at Austrian Beer

Austrian beers are less distinct by region than in other countries as the most popular style across the whole of the country is Märzen. This style is similar to German Helles beers (usually found in Bavaria) as it was adopted from the region many years ago. Austrian Märzenbiers are usually lighter in color and flavor, closer in comparison to English lagers. Many different brands throughout Austria brew Märzens, including most of the famous breweries.

The two most popular brands across Austria are Stiegl and Gösser, though they come from two very different parts of the country. Gösser is a Styrian beer coming from the southeastern state of the same name. Gösser is brewed in Leoben, a city of just 25,000 seated near the center of Styria. The Gösser brand has become synonymous with the Styrian state. Stiegl comes from Salzburg state and is the official beer of the famous City of Salzburg . If Mozart was a beer drinker, though it is obviously not known for sure, he probably enjoyed a Stiegl in his day, as the brewery is at least as old as the seventeenth century. 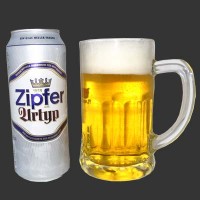 Upper Austria produces several popular brews including Zipfer and Kaiser. Bordering both Bavaria and the Czech Republic , it should be little surprise that Upper Austrian beers would be so desirable. Kaiser, brewed in the regional capital of Linz, is slightly more bitter than the southern and western varieties listed above. Zipfer follows the same trends with a dryer beer based in the village of Zipf.

There are, of course, beers of different types in Austria beside the biggest and most famous Märzenbiers. Edelweiss brewery in tiny Kaltenhausen produces what is locally called a Hefetrüb, which simply means yeast-clouded. This is similar to what many Americans know as a Hefeweizen and is a fruity-tasting wheat beer of the finest degree. Edelweiss is probably more famous for its history as an iconic brewery in an Alpine village, but the beer itself is a nice change from the Märzen-dominated rest of Austria.

The most popular brew in the capital of Vienna is Ottakringer. As the last large brewery still in operation in Vienna, Ottakringer produces Helles-styled brews and is much more likely to be found in the eastern swaths of the country than in the west.

While visiting Austria, particularly in Upper Austria, try an interesting experiment. Sidle up to a bar in Linz and ask for a Skol (“Ein Skol, bitte”). After the bartender either snarls or grins, enjoy your beer. If you cannot figure out why people are giving you strange looks, remember that in Linz, Skol is known as the ‘homeless beer.’ While the quality is only slightly below the Zipfers and Kaisers of the area, the brew has a special place in the Upper Austrian mindset as one step below what any self-respecting member of society would consume. Skol is not so bad though, so give it a try.