German beer has taken on a mythical quality both within that country and across the world. Many non-German beers claim to be brewed based on the specifications of the Reinheitsgebot ( or purity law), a beer regulatory standard in place since the fifteenth century. Many people have taken to very specific types of German beers such as Weißbier, Pilsener or Bock, and tried to convince others they are versed in the ways of German beer drinkers. Despite the almost over-saturation of these traditional and beloved beers, true German brews continue to command the utmost respect around the world as reflected in the following guide to German beer.

Most German beers can fit into one of two overarching categories: top-fermenting and bottom-fermenting. Most of the top-fermenting varieties are known to Americans as wheat beers, or Weißbiers. These beers are created in Germany through the process of mixing wheat to barley malt, forming the lighter color and lesser intensity. Also well known are the Hefeweizens, which are simply unfiltered wheat beers.

Many Americans will be familiar with brands such as Franziskaner (based in Munich), Schneider Weisse (also in Munich) and Maisel’s Weisse (from Bayreuth in Northern Bavaria). These fine Weißbiers can usually be found in groceries and often times on draught at bars and pubs. While each is certainly different from the other in many ways, these familiar Weißbiers are all lighter in color and taste and come with a frothy head that is produced from the specific yeasts involved in the brewing process. Versions of Weißbiers from cities like Berlin and Leipzig tend toward the sour side and are sometimes consumed with fruit syrups. 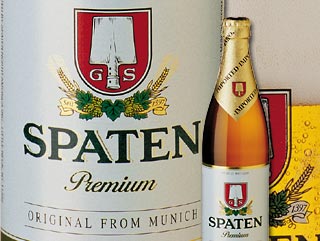 Bottom-fermenting beers produce more full-bodied varieties and a much wider spectrum of tastes and colors. From Helles (pale, malty Bavarian brews), Pilsener (a hoppy, pale lager) and Bock (amber, heavy lagers), the bottom-fermented beers are distinct because their yeasts produce more sugars while fermenting. Those sugars leave the brews crisp and cleaner than their Weißbier counterparts.

Pilseners are by far the most popular beers within Germany and are very well known even in the States. König, Warsteiner, Bitburger and Beck’s are available anywhere in America but do differ from their Czech counterparts in that they are slightly more bitter. Perhaps more famous in the States, though not necessarily under their German name, are the Helles beers.  Löwenbräu, Hofbräu and Spaten are probably three of the best-known German brands (though Hacker-Pschorr and Weihenstephaner also make excellent Helles). Americans usually just refer to these lighter beers as lagers, but they are more specified within Germany. 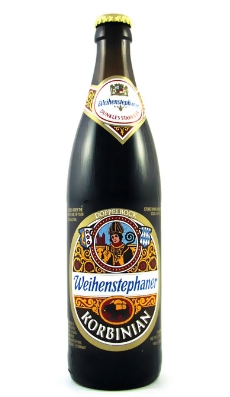 Finally, Bocks are growing in popularity Stateside, but have long been favorites in Germany, particularly in their origins in the northern part of the country. These stronger and often darker colored lagers are often less hoppy and clear, despite their rich colors. Newer versions of the traditional Bock have come out of varying seasons and regions. Maibocks (or May Bocks) come in paler colors and with a malty flavor. Doppelbocks, natives of Bavaria, are gaining prominence in America as beer enthusiasts have enjoyed Spaten’s Optimator, Ayinger’s Celebrator and Weihenstephaner’s Korbinian in recent years. Dopplebocks (or double Bocks) typically have higher alcohol content as well as the expected malty flavors.

Of course many more German varieties are available both in the States and anywhere in Germany. Often, German beers find their way to America in bottles, which is certainly not the best way to enjoy the wonderful choices available to the German resident or traveler in the country. So as always, for the best in tastes and options, spend time trying some of the thousands of beers when visiting Germany.

A Guide to Polish Beer

[…] Germanic and English; for more about German beers, check out Michael Orr’s terrific article, A Guide to German Beer. Many Americans find European-style beers on the duller side when compared with our boisterous, […]

A Guide to Polish Beer | EuropeUpClose.com

[...] Germanic and English; for more about German beers, check out Michael Orr’s terrific article, A Guide to German Beer. Many Americans find European-style beers on the duller side when compared with our boisterous, [...]

Does anybody in the Channel Islands, or Jersey in particular, know where I could find German Hefe-Weizen for sale?

Jersey seems to be devoid of these type of speciality beers!

Please e-mail me if you can get it?