A true Andalusian gem, Cordoba, Spain has a rich and varied history, which is apparent in the city’s current culture. Over the centuries, Cordoba has been inhabited by three of the world’s major religions- Judaism, Christianity, and Islam, which have shaped the architectural landscape and customs of the city.

What to see in Cordoba 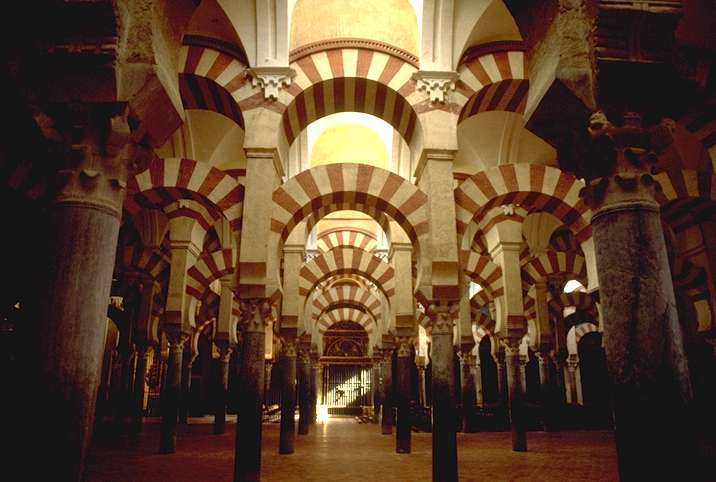 The Mezquita is a Roman Catholic Cathedral that was originally built as a Mosque on the ruins of what had previously been a Christian Visigothic Church; a layered history to say the least. The Mezquita was the first building to be labeled as “Califal style,” an aesthetic that combines Roman, Gothic, Byzantine, Syrian and Persian elements.

The nearby Archiepiscopal Palace also has a complex and fascinating past. It was constructed by the Goths and later became Alcazar Alifal (the palace of the Arabian caliph). When the court moved to Medina- Azahara, the palace was abandoned for a period of time before serving as the residence for the kings of Taifas. 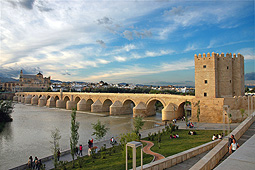 Yet more stylistic layering; the Puerta del Puente (door) was originally part of the Arabian walls, but later on modified to fit a Renaissance aesthetic.

The Puente Romano (Roman bridge) over Guadalquivir river is formed by16 arcs that were once part of the Roman Via Augusta. The middle part of the bridge was added in the 17th century as a monument to San Rafael. 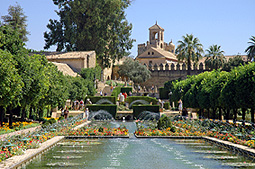 The Alcazar de los Reyes Cristianos (Palace of the Christian Kings) was built in 1328 by Alfonso XI. The most stunning aspects of the Alcazar are the Arabian baths and Roman mosaics on the interior, as well as the 3 (originally there were 4) remaining columns on the exterior.

La Judería, the Jewish quarter has always been considered the intellectual center of the city. There are monuments in this area to commemorate some of Cordoba’s great thinkers, such as  the Roman philosopher Séneca, the Arabian philosopher Averroes, and Jewish philosopher Maimonides. One of Spain’s oldest synagogues (built in 1315) can also be found in this area. The nearby bullfighting museum is also worth a visit.

Where to stay in Cordoba

For reasonably priced hotels located throughout the city, I recommend the Macia Hoteles. Most locations have free WiFi and a fun, contemporary vibe. For a luxury, boutique hotel option, try Hospes Palacio del Bailio –Cordoba . Another wonderful option is the Hotel Gonzalez , a boutique hotel located in a refurbished 16th-century palace in the heart of La Juderia.

Where to eat in Cordoba

One of Cordoba’s most famous restaurants is El Caballo Rojo – located near the Mezquita, known for its rabo de toro (oxtail) and excellent selection of Spanish wines.  Be prepared to pay for quality at this fine establishment.
Calle Cardenal Herrero 28