Berlin off the Beaten Path:

The not so touristy things to do in Berlin

In so many ways, there are really two Berlins: the Berlin you see, and the Berlin you don’t. The Berlin you see isn’t hard to navigate – WWII- and Wall-time relics litter the cobbled strands and half-completed boulevards of the central Mitte district: Brandenburg Gate, the DDR Fernsehturm, Alexanderplatz, are on the checklist of pretty much any tourist’s “Things to do in Berlin – Checklist”. 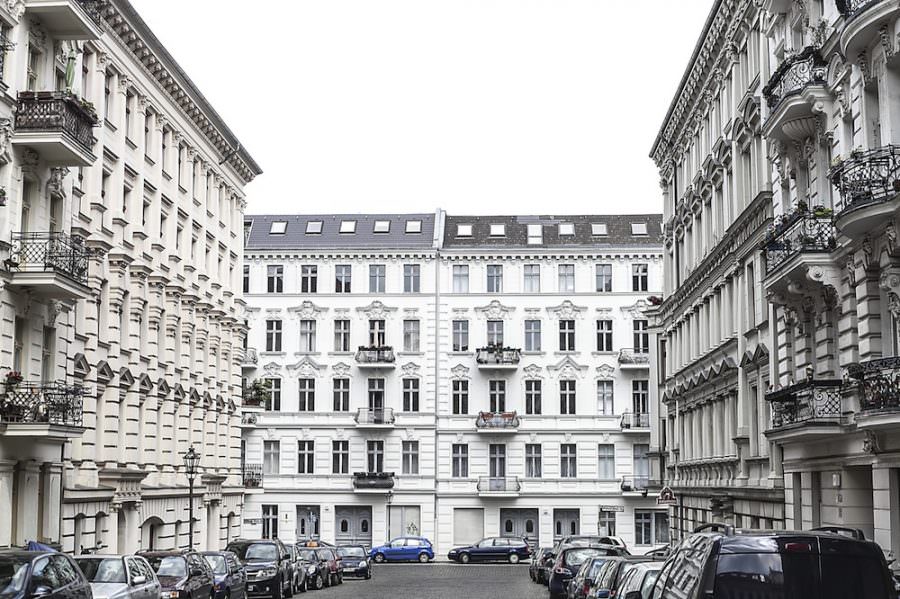 But what about the elusive ‘unseen’ Berlin? The aching spaces, the shrouded secrets, the hedonistic undercurrents? Well…that version of Berlin can be sourced after dark (and might be a tad racy to report on here).

In between the two Berlins, we do also find those ‘less frequented’ nooks – the cobbled hoods and abandoned relics that don’t appear on every tourist guide. Today EUC takes you through a shortlist of some of hidden Berlin’s best, and finest, not-so-touristy things to do in Berlin. 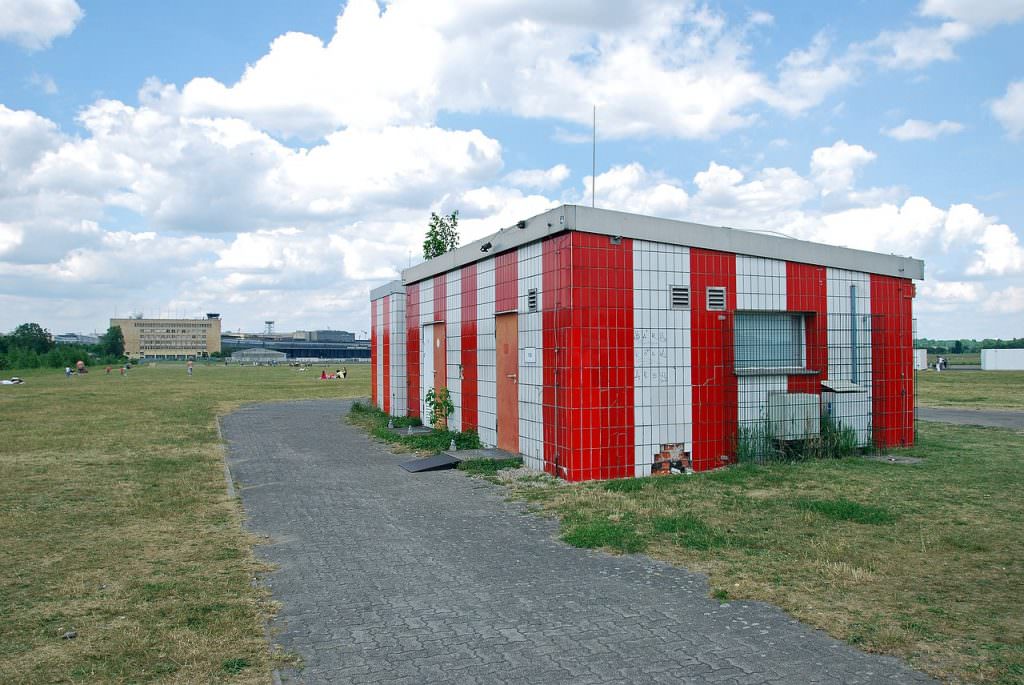 An abandoned former Nazi airfield – with turn-of-the-‘30s (and once largest in the world) terminal building still in tact – is rather a difficult thing to keep secret. Indeed, Tempelhofer Feld – wedged in between the residential backstreets of Neukolln and Tempelhof – is today barely off the beaten track, a summertime favorite for Berlin’s sun-loving locals and dedicated interlopers alike.

As well as thousands of meat-smokingly delicious grill parties, you’ll find enough spandex and windsail here flitting up and down the decommissioned tarmac to keep the warmer months satiated. As the 10 pm sun falls over Albert Speer’s eerie terminal relic, you’ll rejoice in your choice to while your dial at such an impressively unusual locale. 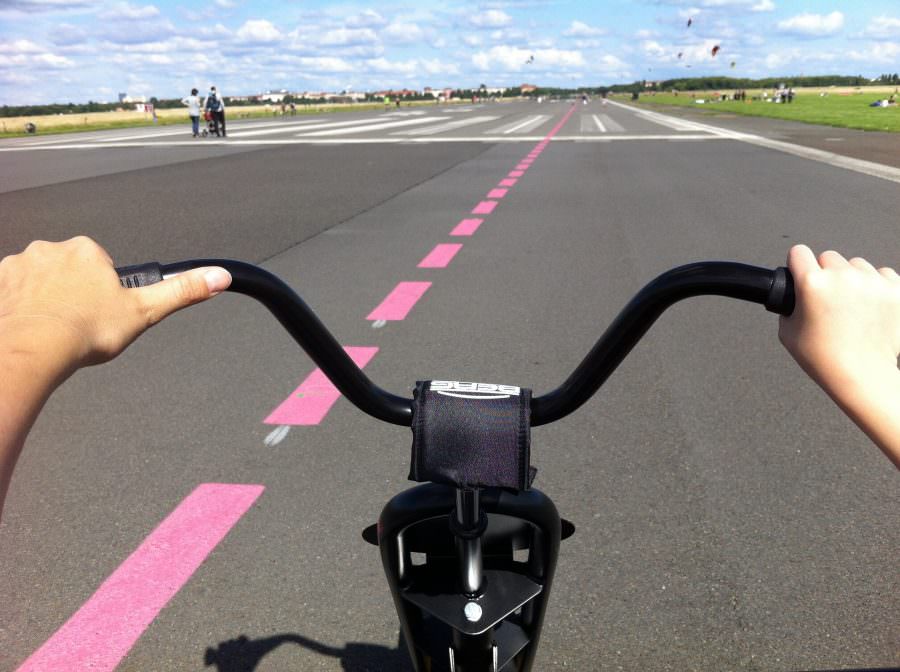 If you haven’t already noticed, urban wartime relics are a Berlin specialty and a must of things to do in Berlin. There are quite a few lurking about, both untouched, and revamped – Sammlung Boros is a neat a classic example of the latter. This former Nazi-era concrete bunker turned post 1989 club den is today now home to one of Europe’s most unique multi-storied private modern art collections.

German media entrepreneur Christian Boros took over the fortress in 2003, retaining much of the original charm (gas vents, original wall signs), before filling the five levels with creative verve and constructing a 10,000 sq. meter apartment on the roof. The bunker is a must of things to do in Berlin (and you can only do so by appointment). 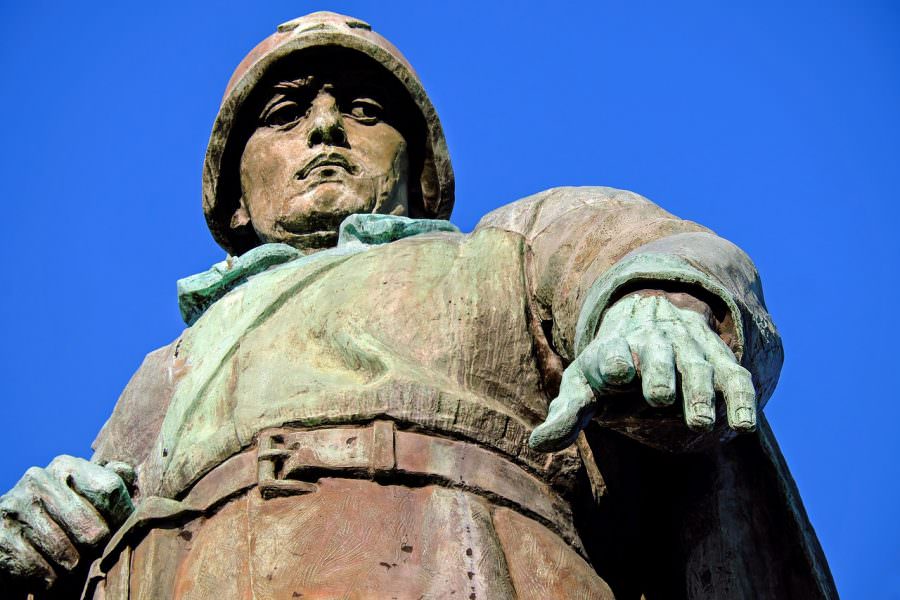 It might come across as a strange oddity to find yourself at the foot of a Russian War memorial in the capital of modern Deutschland. However, in the ‘ebb and throe’ of this volatile hub, Communist Russia was once fatherland to the Eastern half of this city.

Buried in the depths of the once DDR-ruled Treptower Park, the Soviet War Memorial – featuring statues proletariat heroes in the chiseled Gregory Peck-esque mold – remains one of the more unusual of the city’s many wartime monuments. 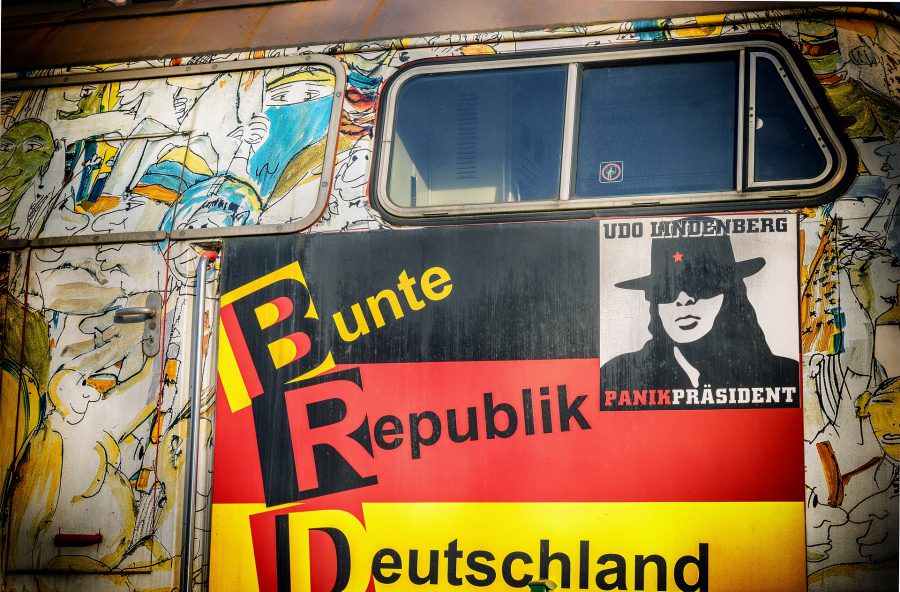 We’re pushing the limits of ‘the beaten path in Berlin’ again here, but Neukölln’s Klunkerkranich – lurking unassuming atop the 7th story carpark roof of the gaudy Neukölln Arcaden Shopping Center – remains a hidden wonder to most who brave its uncertainty.

Here’s the picture: a ramshackle bar with tiered wooden seating overlooking one of the most dazzling panoramas in the city – not a bad spot to unwind over a G ‘n T after a sweaty day of inner city cycling. 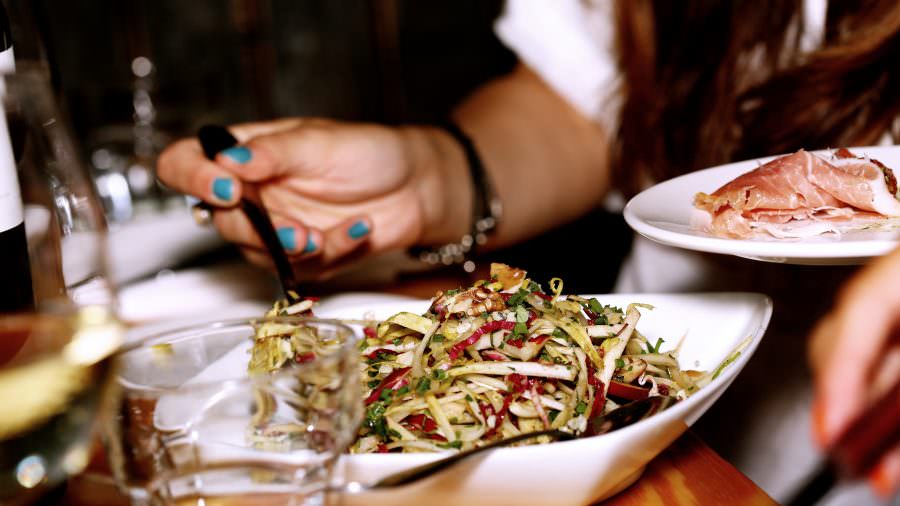 Stemming from the rapid influx of international residents during the past decade, Berlins’ foodie scene has exploded in style, quality, and variety. From the abundance of ‘third wave’ coffee roasters to a litany of (very affordable) world-class eateries, food lovers are rejoicing in the city’s fresh gastro mores.

As a part of this, Berlin’s supper club scene is one of the most thriving and definitely a not so touristy thing to do in Berlin: what better way to meet new people in a cozy, exclusive setting than a delicious supper club dinner with wines to match? Check out the countless sites, Facebook groups, and info on the web about upcoming dinner dates around town.

Berlin’s history is nothing if not volatile – or violent – and the many decommissioned prisons and custody houses around and city are a testament to this fact alone. Hohenschönhausen was the interrogation prison run by the DDR’s brutal Stasi during the reign of East Berlin.

For a unique, if not fairly grim history lesson on the ins and outs of East German incarceration, a tour of Hohenschönhausen, situated in the city’s northeast, makes for a sobering outing. 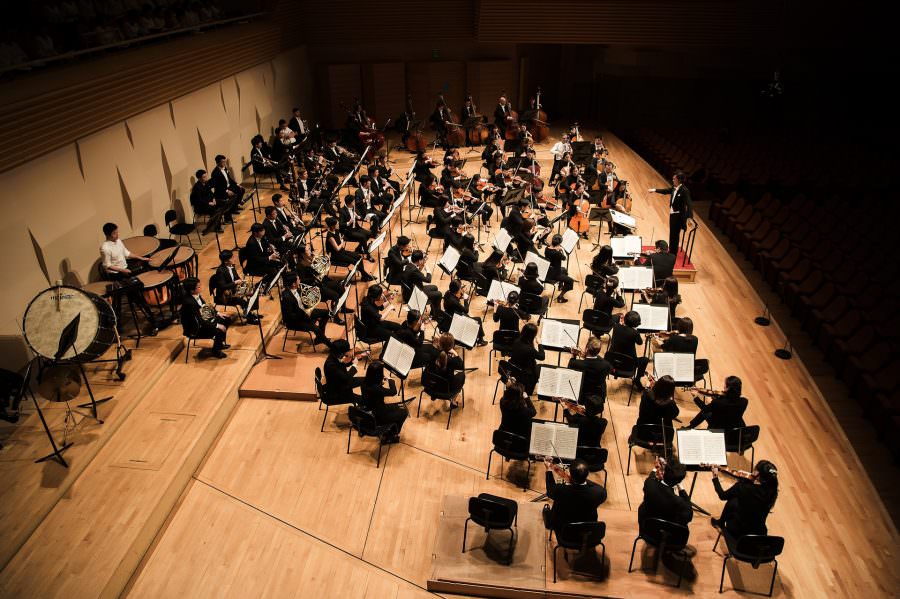 Lunch concerts at the Philharmonic

With its gold-hued mash of avant-garde architectural shapes, Berlin’s Philharmonic theater, located adjacent to Potsdamer Platz, is worth a visit in its own right. Better still, the Philharmonic offers free regular weekly chamber concerts to the public in its lobby space (did we mention they’re free?). Spice up a lazy lunchtime with a dose of culture – check out the current program of world-class (and very kostenlos) events here. 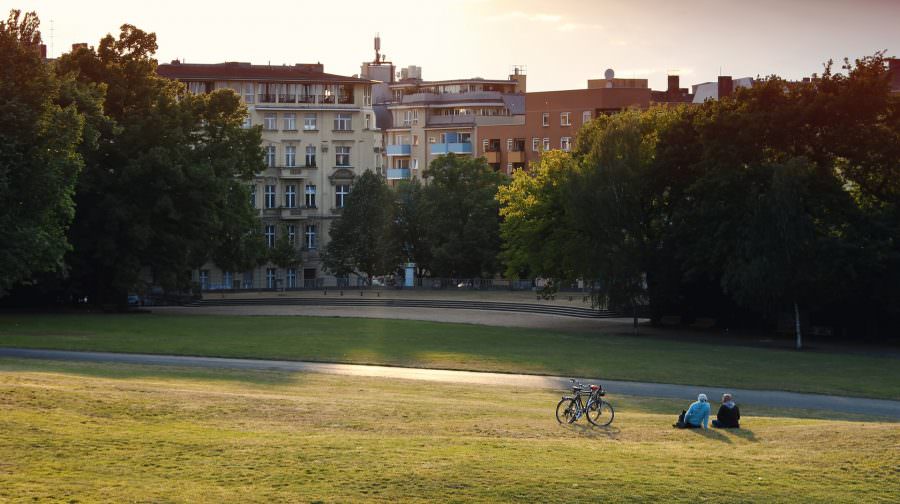 Check out Bergmannkiez and Viktoria Park

You’d be hard-pressed to find a neighborhood in Berlin as aesthetically delightful as Bergmannkiez – surrounded still with original Altbau tenement blocks, Bergmannkiez, and the once working-class ‘Chammisoplatz’, is widely regarded as one of the prettiest, and decidedly ‘most Parisian’ (for want of a better comparison) spaces in the city. Neighboring nearby Bergmannstrasse, with its endless cavalcade of boutiques, cafes, and delicious eateries – as well as summertime delight Viktoria Park (indeed, the berg behind Kreuzberg itself) – Bergmannkiez remains one of the most stunning roaming spots in the capital (and one of your humble author’s personal favorites). Put this neighborhood on your “Things to do in Berlin” shortlist and it is especially fun to explore these neighborhoods in Berlin by bike!

With over 170 nationalities calling this city home, Berlin is nothing if not a multi-cultural powerhouse. It may (or may not, then) come as some surprise that the capital is home to a significant Thai community – the bulk of which get together in the summer months at Wilmersdorf’s Preußenpark, with a range of delicious Thai food and drink stands, and some of the best summer vibes in the whole city. With plates of debilitatingly hot (in a good way) papaya salad, and incredibly strong 3 Euro mojitos, Thai Park remains a local gem and a hidden delight for the roaming wanderer.

Of the beaten path things to do in Berlin written by Cam Hassard for EuropeUpClose.com

Find the best deals on Hotels in Berlin here!

Off the beaten path things to do in Berlin – Pin for later: 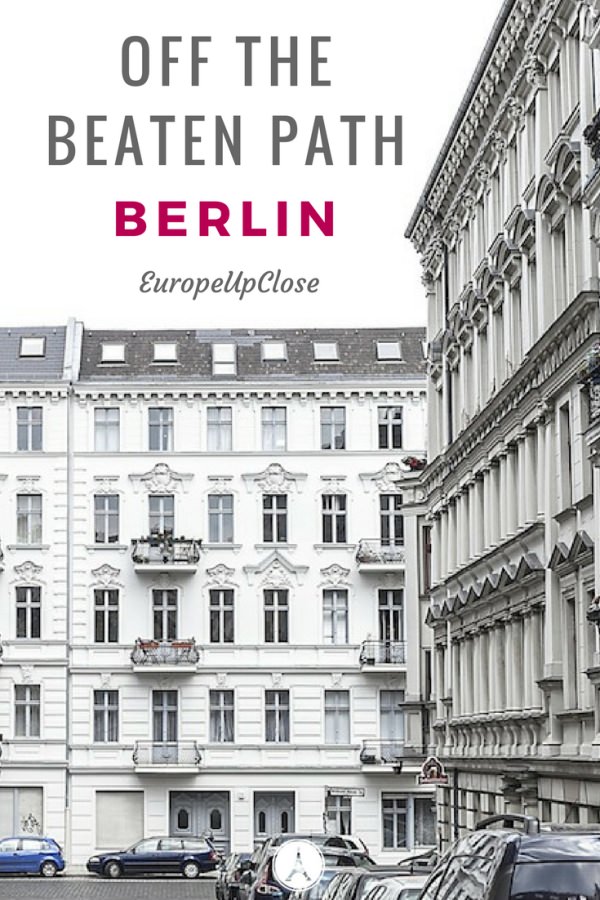 I like this blog, this is excellent travel information with things to do Berlin with pictures.