Vienna or Vienne just might top the list of most-overlooked cities in Europe, and it deserves to be right up there with Paris, London, and Rome. An enthralling mix of modern and ancient, its rich history dates back to Roman times, when the city’s primary function was to protect the Roman Empire from attacks by the Visigoths (nice job, by the way). 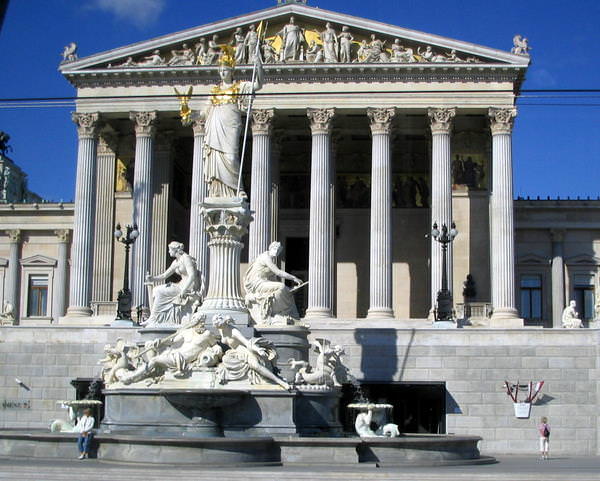 During the 19th century, Vienna was the capital of the Austrian Empire, one of the most powerful empires in history. It amassed huge art collections and cultivated elaborate architectural development. A city with many different sides, from dive bars and strudel to gigantic palaces and Mozart, Vienna has something for everyone, even nature lovers: it has the most green spaces of any city in Europe.

The sheer number of important sights in Vienna is astounding. This guide provides a handpicked selection of our favorites to help you plan your trip to Vienna.

PRO TIP: Many of the sights are covered by the Vienna Pass – read our post on whether the pass is worth it or not here. 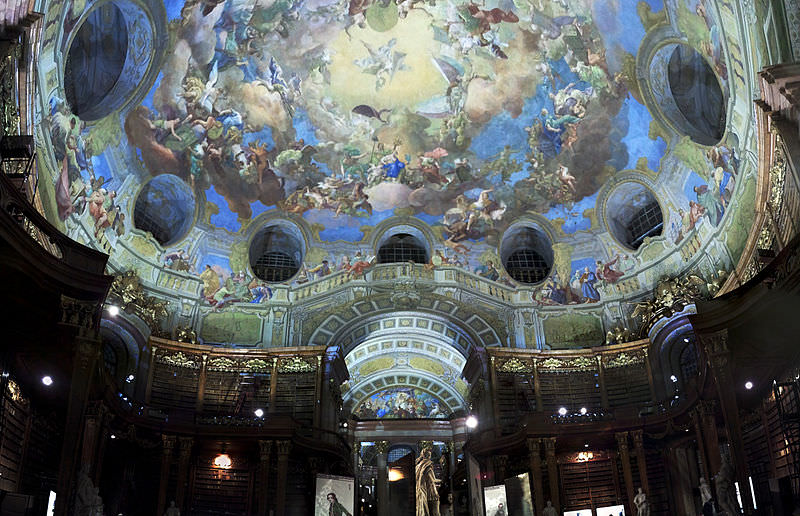 Most of the top sights in Vienna are architectural wonders, and it’s nice to know that many can be viewed for free simply by walking around the Innere Stadt, or Inner City. The architectural styles are numerous; the most prominent are medieval gothic, Austrian baroque, rococo, and art nouveau (or Jugenstil).

For a self-guided walking tour, simply hike the Ringstrasse, one of Vienna’s most important streets. It follows a ring around the Innere Stadt. There are also inexpensive trolleys that run this route.

There are many other monuments and sights that must be toured as well. For example, Prunksaal, located inside the National Library, is an opulent hall full of ancient bookshelves straight out of Harry Potter. It’s decorated with columns wrapped with gold, elaborately carved wooden staircases and balconies that climb among the giant shelves, and there’s a huge ceiling fresco dotted with skylights in the center.

Vienna is also home to several monumental palaces. The three most important are: Hofburg, Schonbrunn Palace, and Belvedere. No one, it seems, can agree upon which one is best, and each deserves at least a half-day visit. 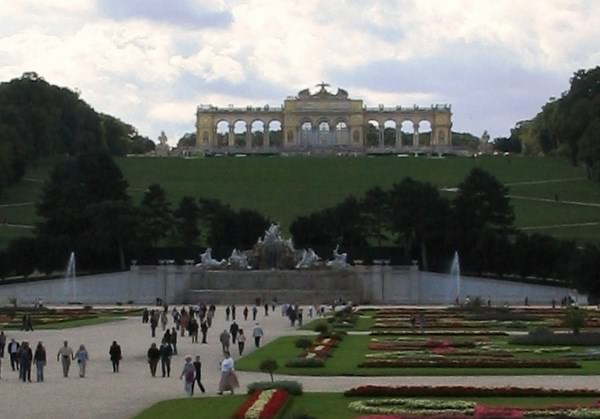 Music and Vienne have long flourished together. The number of famous composers who have lived and worked in Vienne is staggering, and it’s worth planning ahead so that you can hear a symphony or see an opera.

For opera, visit Theater an der Wien, Staatsoper, or Volksoper. For the best in classical music, visit Wiener Musikverein or Wiener Konzerthaus. During the summer, many outdoor concerts are held in Vienna’s pristine parks. Check with the local tourist office for the schedule of upcoming performances. 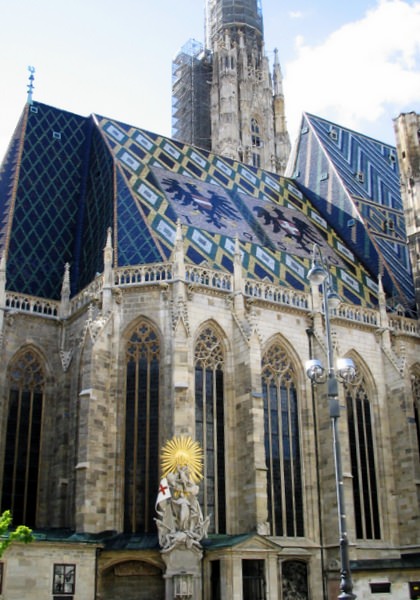 The Habsburg Dynasty ruled the Austrian Empire, promoting the arts locally as well as collecting works from around the world. These collections continue to be housed in Vienna, and comprise the backbone of the art scene.

For the Habsburg art collections, visit the Kunsthistorisches or the museum inside Belvedere Palace. The Liechtenstein museum features one of the largest collections of baroque art in the world, while the Albertina museum shows off a much wider range of work, from that of Renaissance masters to medieval artists.

The Museumsquartier, a very unique cultural area just outside of the Innere Stadt, is where hip wine bars and restaurants abound. A cluster of world-class museums are also located here, including the Modern Art Museum (MUMOK), the ZOOM Children’s Museum, and the Leopold Museum, which focuses on modern Austrian art.

Vienne’s avant-garde art scene is reputedly cutting edge, and though you’ll find many galleries within the Innere Stadt, the area around Schleifmühlgasse is simply packed with galleries. This neighborhood is exploding right now, and you’ll find everything from chic cafes and vintage clothing stores to alternative art and music venues.

There are plenty of shopping opportunities besides Schleifmühlgasse. For luxury shopping, check out Vienna’s “Golden U,” a large shopping area in the Innere Stadt comprised of the three pedestrian streets, Kohlmarkt, Graben, and Kärntner Strasse. 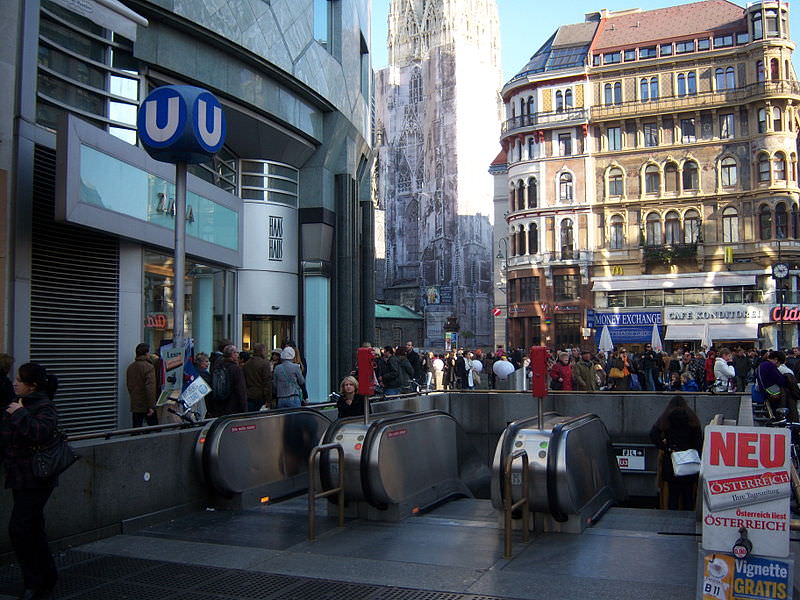 Vienna’s public transportation system is excellent. Buses, trams, and subways run frequently, and there’s bus service throughout the night. Vienna provides a number of money-saving transit tickets, such as the 24-hour ticket, the 3-day ticket, and more.

Check the official  Vienna Transit Website for a complete list of ticket deals. The Vienna Ring Tram is popular among travelers, making the complete circle around the Ringstrasse. Adult tickets cost 7 euros.

What Time of Year To Visit Vienna 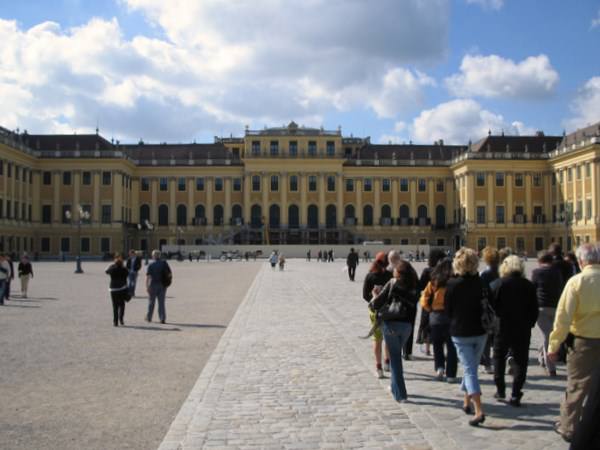 Regardless of when you visit Vienna, it’s hard to go wrong: Vienna is beautiful year round. If you want to beat the crowds, do not travel in August or around Christmas (Vienne is famous for its Christmas Markets); choose the spring and fall months instead. The winter months can be very cold,  but along with the cold comes mulled wine and snowy streets.

To learn more about Vienna, stay with us. Over the next month, we’ll focus on Vienna’s neighborhoods and hotels, its culinary treasures, and its music scene.

Thanks for the information - we'll be there in less than 10 days - can't wait!