Kiev, the capital and largest city in Ukraine (population over 2.5 million), seems to be shifting slowly, but inexorably to a developing “westernized city”.

A visitor experiencing Kiev the first time will be struck by the unique blend of old and new worlds colliding. Kiev, Ukraine, founded in the 5th century as a trading center, developed rapidly as a former Soviet republic during the Soviet Union’s industrialization period. The city suffered significant damage during World War II and subsequently won its independence in 1991.

Also read our Kyiv guide by two locals, who share their favorite things to do in Kyiv. 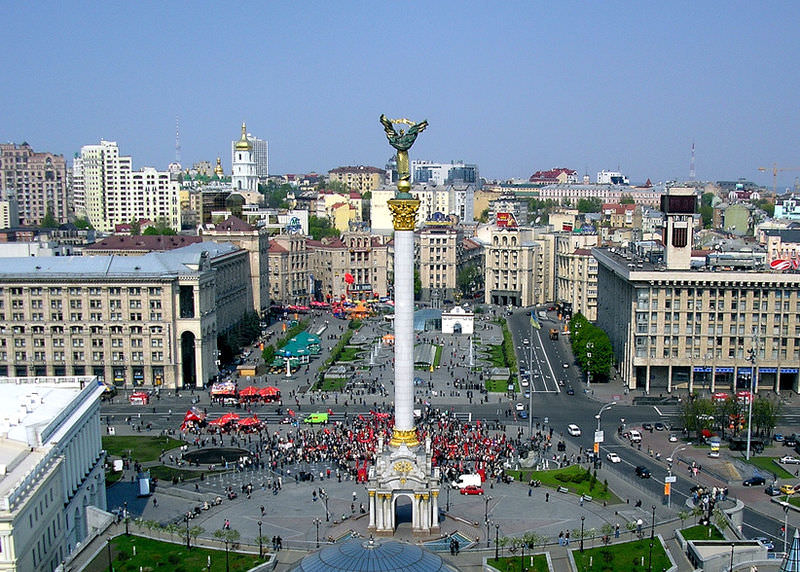 In recent years, Kiev has been trying to put its foot down in the face of ambitious Mother Russia. One phase of this process is being accomplished by changing street signage from Russian to Ukrainian (there are only a couple letters difference between the two alphabets) and even by subtitling Russian TV shows and movies in Ukrainian, although every Ukrainian is fluent in Russian. It is also a growing trend, especially among urban dwellers, to use Ukrainian as the language of everyday conversation.

Getting About in Kiev

Once you arrive in this elegant and ancient city, take full advantage of the many means of transport available for a truly multi-faceted experience. 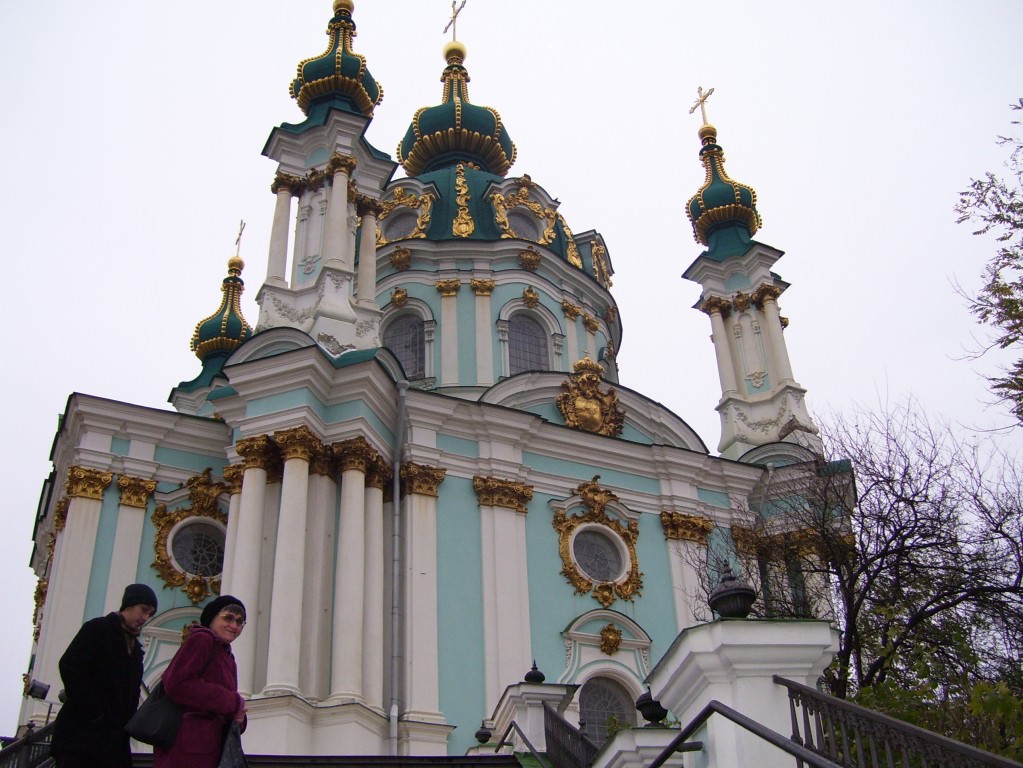 By Foot
Definitely take some time to wander through Podol, the oldest neighborhood in Kiev where you can hop on a boat or onto a funicular (see below). Save up your energy and then go for a stroll uphill along Andrevski’s Descent, a charming cobblestone lane that winds its way up to St. Andrew’s Cathedral. Kiev-born novelist Mikhail Bulgakov (author of “Master and Margarita”) lived in a small house on this street, which is now a museum dedicated to him. As you move up on either side of the little road, local artists sit selling their wares; from bold paintings to wooden dolls and lacquered boxes, from charming and amusing ceramic figures to intricate, traditional laces. Also, take a leisurely stroll down Kreschatik Street, the city’s main street, which is lined with fancy boutiques, cafes and casinos. The street opens up into Independence Square, the location made famous for playing host to hundreds of camped out demonstrators during Kiev’s Orange Revolution in late 2004.

By Metro
Head deep down and take some notes from the underground as you time your escalator trip down into the rumbling Kiev metro system that includes some of the deepest metro stations in the world. Many of the stations are elegantly constructed of marble and lit with gorgeous chandeliers. This is a cheap way to tour the city and cross paths with the locals. A few of the stops are above ground allowing you to view the city as the train crosses the wide Dnieper River. You must first buy plastic tokens (yellow, green or blue and look like pieces of an old board game), which you will insert into the turnstile to obtain entry. 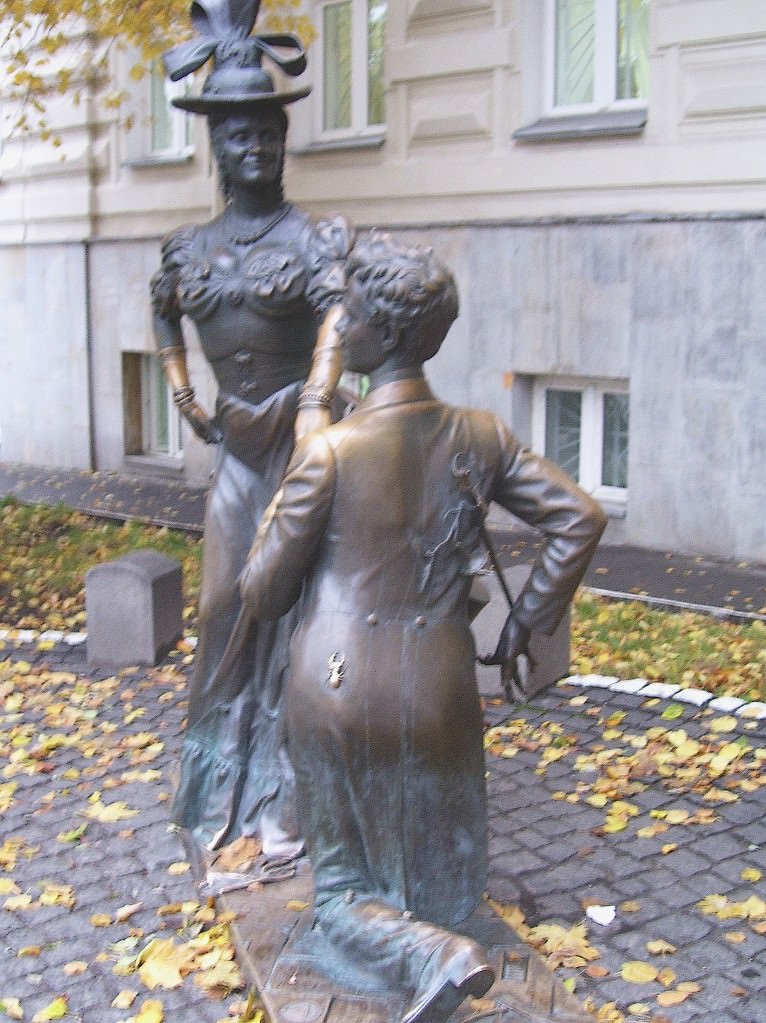 By Boat
If the weather allows, catch a ride on a river boat for a smooth cruise down the wide waters of the Dnieper River. Some boats even turn into floating discotheques at night, providing a groovy musical experience that can’t be missed!

By Funicular
Catch the funicular train from the station in Podol for a 3-minute ride uphill for beautiful views of the city. Upon arrival, you will be in walking distance from the fascinating National Museum of History of Ukraine.

By Tram
Especially if you can get a seat, a tram ride experience is plenty of fun and a leisurely way to see the city and watch the people go about their daily routines. The tram is quickly being replaced by trolley buses, so hurry and catch a ride on one of the oldest tram systems in the world.

By Marshrutka
Kiev’s version of the minibus, this cheap and rather comfortable transport option carries up to 15 passengers and can be seen covering highly unpredictable routes to destinations that you wouldn’t otherwise reach unless you hailed a cab. A fun but crowded ride that probably should be undertaken with a local guide.

By Bus
A Ukrainian summer is filled with blazing yellow sunflower fields in the countryside that are simply without comparison. Take a nice slow ride out of the city on one of the many minibuses that carry city dwellers to their weekend homes in the country (dachas), and let yourself be awed by a flood of rich yellows and greens gently conquering the land. 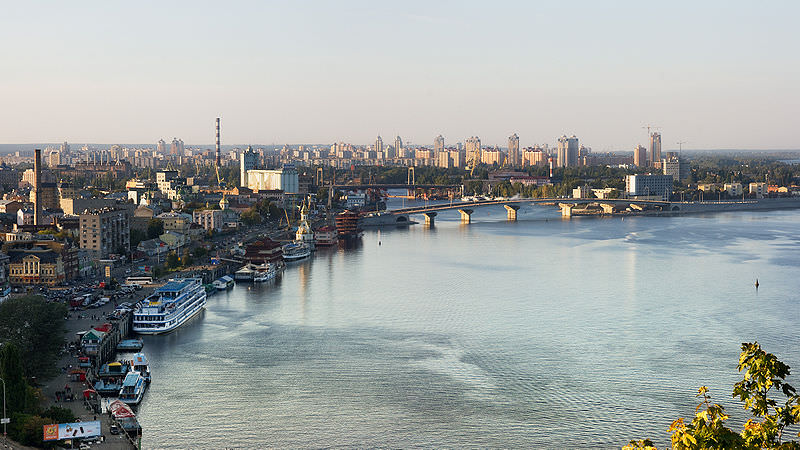 Hints for a Smooth Stay in Kiev

–Be aware that when you enter into Borispol Airport in Kiev, the customs officer will more than likely ask you for the address of your accommodation during your stay in Ukraine. So make sure you have your hotel’s address on hand for the impatient agent or at least an address of a private residence if you are staying with someone.

–To be safe, always carry a copy of your passport on your person, safely tucked away with your wallet. This is especially important if  you stand out as a non-native, as you can be stopped by a policeman and asked for your papers–an experience that harks back to an earlier, oppressive day, yet is still somewhat in practice today.

–Buy tickets every time you ride on the city’s transport system. There are controllers who will ask to see your tickets and if you have validated them properly. If you cannot find a ticket vending machine or a ticket counter, ask someone. Sometimes, the driver will be the one selling tickets.

Written by Suchi Rudra for EuropeUpClose.com