Ghost stories have been around since ancient times. Whether you are a believer or not, there comes a certain shiver when a good ghost story is told. There’s something about ghosts during the fall when Halloween is just around the corner. Nowadays, people can enjoy the spooky spine-shivering fun all year round. They are particularly popular in very old towns in Europe where the history is rich and the chances of seeing ghosts are large. The Edinburgh ghost tours are well known since the town itself is very old. Let me map them out for you.

The tradition of wearing costumes on Halloween derives from the Celts. About 2,000 years ago, people believed that if they dressed up as demons it would confused the ones roaming the streets during Samhain (sow-in). Samhain is the pagan and original version of Halloween. 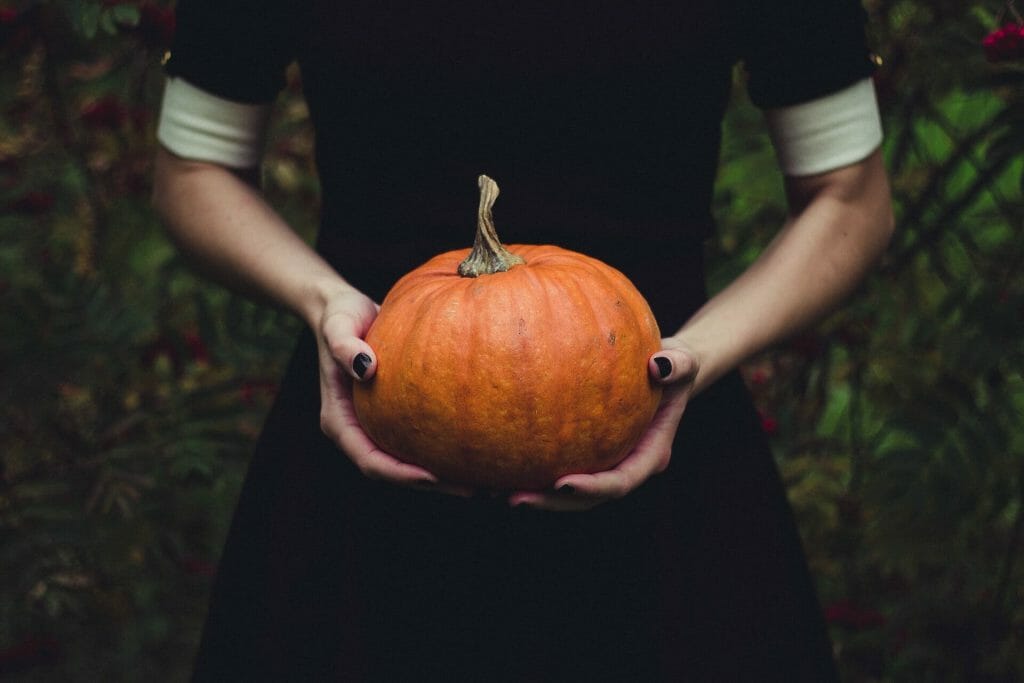 A very long time ago, there was a miserable population that dwelled underneath the streets of Edinburgh. The dimly lit subterranean vaults have been long forgotten over the course of centuries. This award-winning tour highlights the forgotten city’s dark history. There is a chance you’ll encounter the South Bridge Entity, the ghost most prominently present in the dark damp vaults. In a spectacular mix of horror and history, The Haunted Underground Edinburgh Ghost Tours is definitely one for those who love horror. 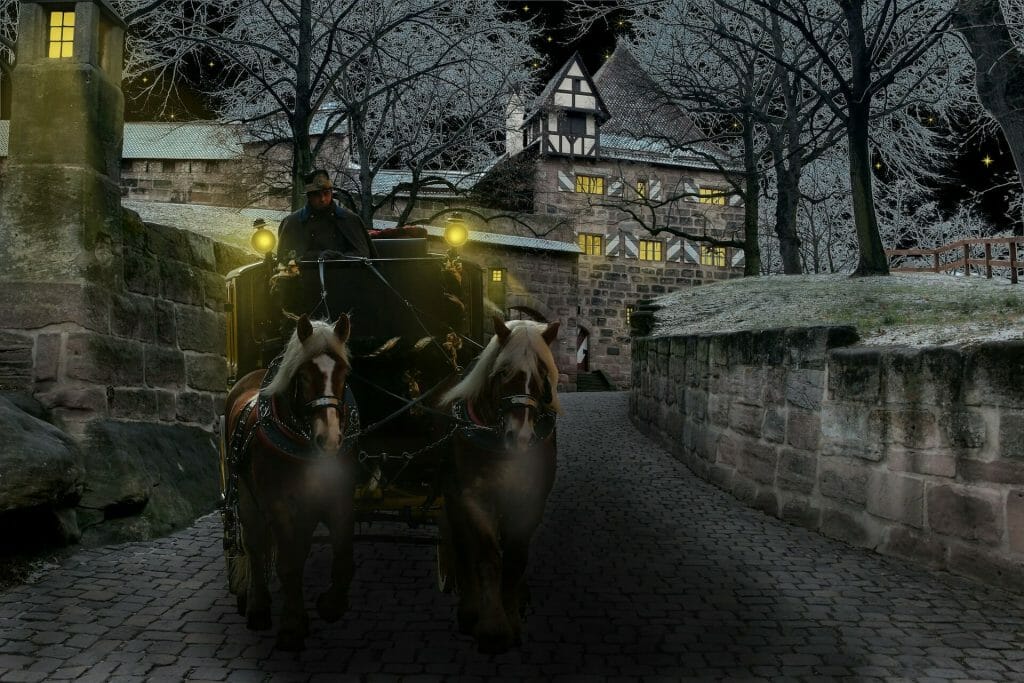 Halloween in the UK

Exploring the two most haunted places in the world, this tour takes visitors and locals alike a full creep fest. Along with the Underground Vaults, the tour also takes you into the Covenanter’s Prison. Despite the name, it’s actually the most haunted graveyard in the world.

Most commonly seen is the MacKenzie Poltergeist, formerly known as George MacKenzie who was a homeless man just looking for a spot to sleep. He got so famous that Robert Louis Stevenson referenced him in a poem. Take this tour to hear his full story along with the the other horror stories surrounding the Covenanter’s Prison. The Edinburgh Underground and Haunted Graveyard Tour is one you won’t soon forget. 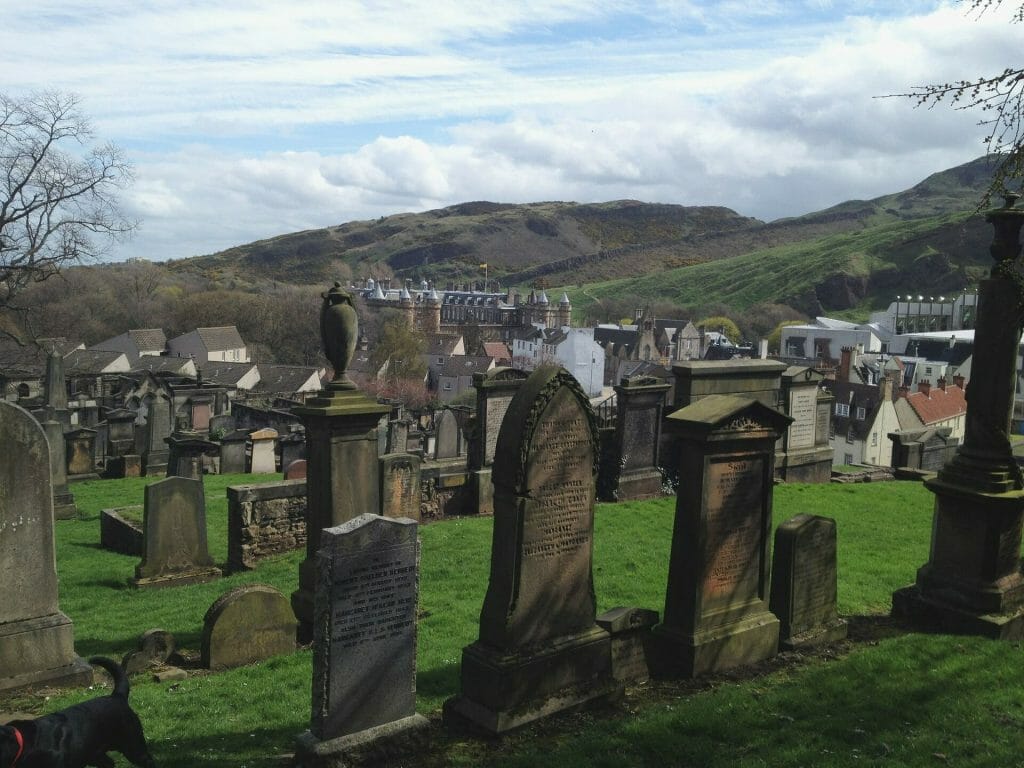 The More You Know About Halloween

While trying to convert the pagans in the 11th century, Christians changed Samhain to a three day celebration from October 31st to November 2nd. What eventually became Halloween was actually All Hallow’s Eve and the first day of this celebration.

Edinburgh is a town so richly dense with history that one normal day tour couldn’t cover it all. However, this tour does a great job in packing the town’s haunted history into one thrilling hour. Sit in a bus and ride around the town while your tour guide tells you stories of the ghost piper in the castle, the public executions of Grassmarket, and the cold-blooded murder in Mary Queen of Scots’ former home. Become captivated by the terrifying historical stories on the 1-Hour Haunted History Edinburgh Ghost Tour.

Lore states that an old man played tricks on the devil and in turn denied entrance to both Heaven and Hell. He was condemned to Earth to wander while using his lantern to lead people astray from their path. This is the Celtic origin of the Jack-o-lantern.

If you have a taste for horror but get kind of squeamish, I recommend the Comedy Horror Bus Show in Edinburgh. In an elegant redone double decker bus, an odd ball conductor will tell you stories present hauntings, murders, and much more. This theatrical tour will have you laughing with a lingering creepy feeling in the back of your mind. Soak in the amazing haunted history of Edinburgh with this tour. 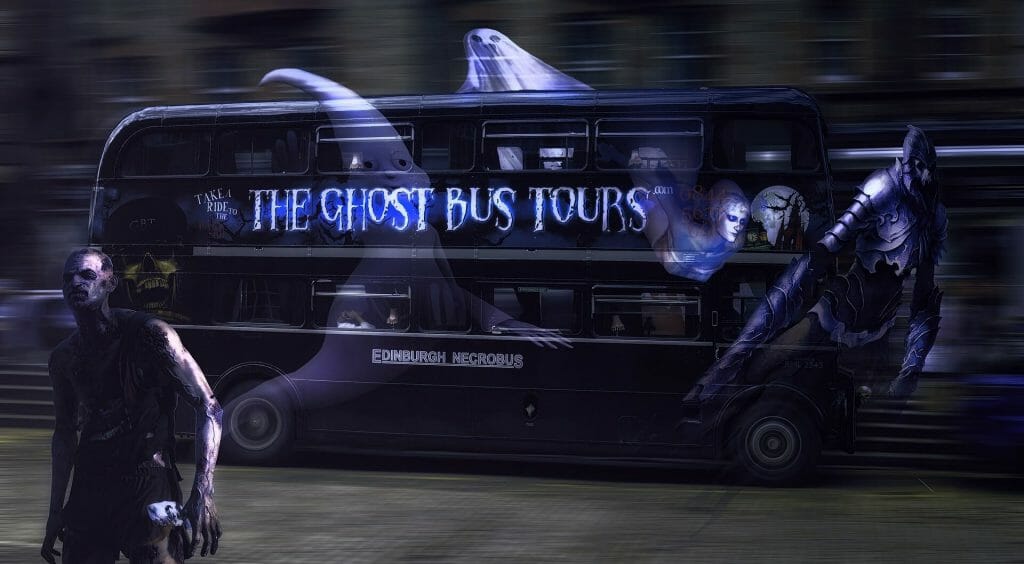 Rumored to be the most haunted city in the world, Edinburgh challenges you to put that to the test with their Spooky Myths Walking Tour. Find out whether or not the rumors are true as a local guides you to the biggest and the smallest haunts of the city. Hear the tale of when the Devil came to Edinburgh and what resulted from that legendary visit. Even pass a real witch’s house and face her curse, if you dare. 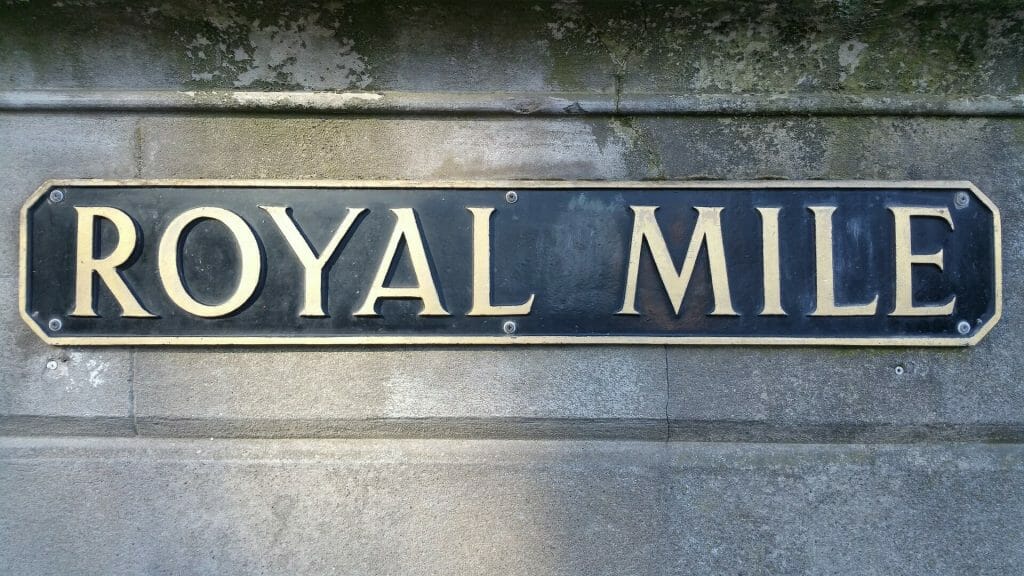 Tricks For a Treat

In Ireland and Scotland, kids would go around guising, the tradition of going from house to house in costumes. If they danced or sang , in other words performed a “trick”, they would be given fruits, coins, and nuts as treats.

Among the Edinburg ghost tours, this one is by far my favorite. A certified tour, it is marked the best and oldest tour of Edinburgh. The cloaked guide will passionately reveal the dark history surrounding this town. In two hours, you will have a plethora of bloody knowledge. On top of that, this Ghostly Underground Tour offers you a complimentary drink to enjoy and savor while stories of ghosts and history muse in your ears. 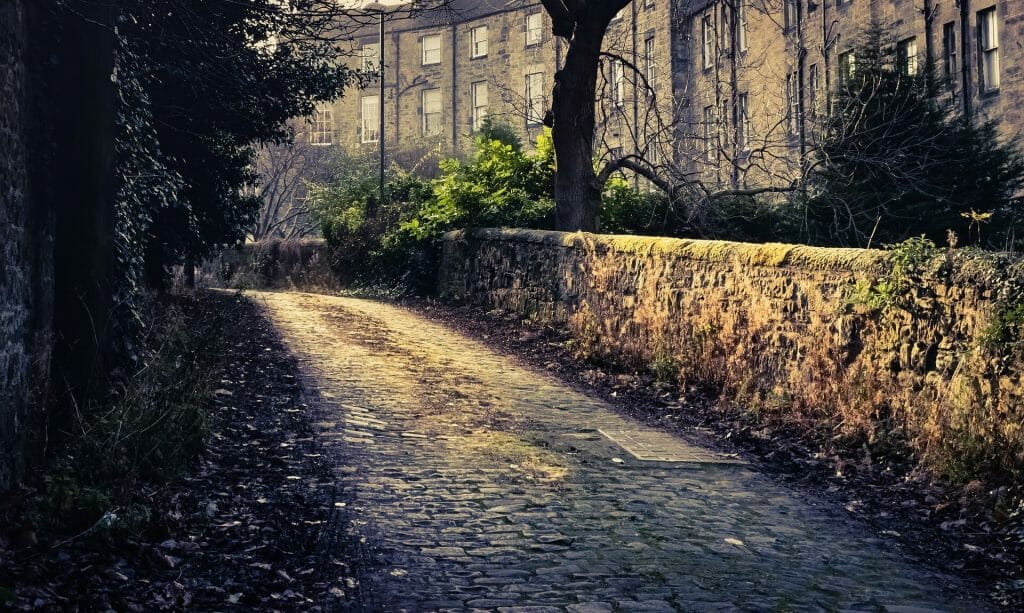 The Colors of Autumn

Halloween is mostly associated with the colors orange and black. Orange is the symbol of the fall harvest while black represents death and darkest. This is appropriate as Samhain celebrates the boundaries between life and death.

Focus your attention on this tour as your ghostly local guides you through the gorgeous cobble stone streets and merely tells you the spooky legends surrounding the town. In a theatrical trip, discover the supernatural side of Scotland while creeping through alleyways and daring to walk through dark courtyards. Through history you will get the spine chilling thrill of the unusual on the Murder Mystery Edinburgh Walking Ghost Tour.

Get Your Murder Mystery Tickets Here 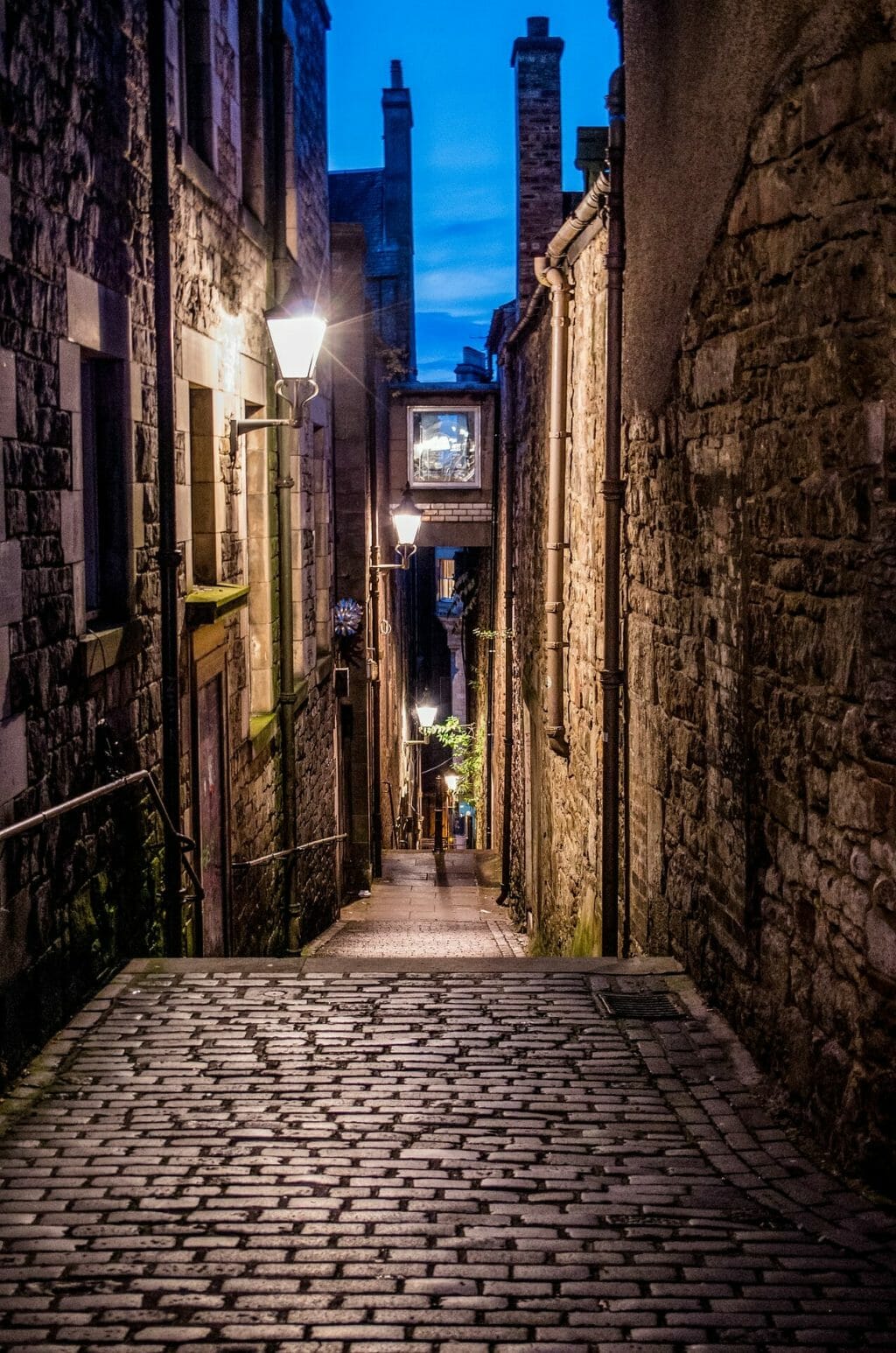 That’s Quite The Pumpkin

The world record for the largest pumpkin belongs to Ron Wallace and weighs in at 1,502 pounds. While the record for the fastest time for carving a pumpkin is 16.47 seconds held by Stephen Clarke.

Tales of treason and murder eclipse over the Late Night Edinburgh Underground Vault Tour. In one hour, you will delve deep into Edinburgh’s unsavory side. This adults only tour includes the true tellings of the town’s dark deeds. Your guide will tell you every terrifying tale they can while you experience the underground chill in the Edinburgh vaults. 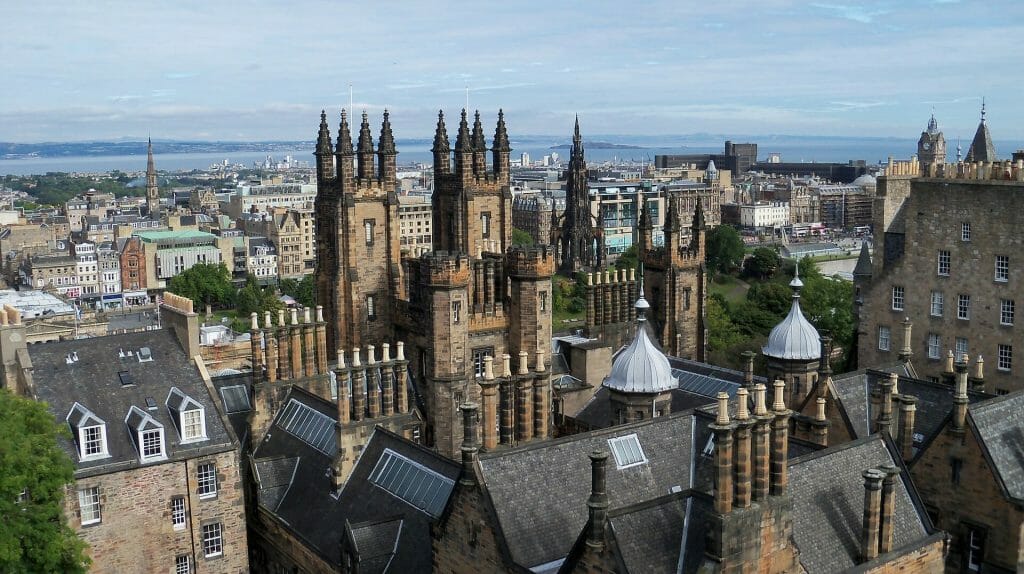 An Apple A Day

In medieval times, young women would carve their initials into an apple during bobbing. If a man fished out her apple then the girl found her match. Apples have been a long time symbol of fertility.

As I’ve said before, Edinburg is rich with history and culture. You can’t possibly soak in every single detail. But, on Halloween or anytime during this spooky time of year, you can soak in the dark dirty side of Scotland. On the Old Town and Underground Edinburgh Ghost Tour, your period-dressed guide will take you on a journey through the unseemly parts of Edinburg.

Get Your Tour Tickets Here 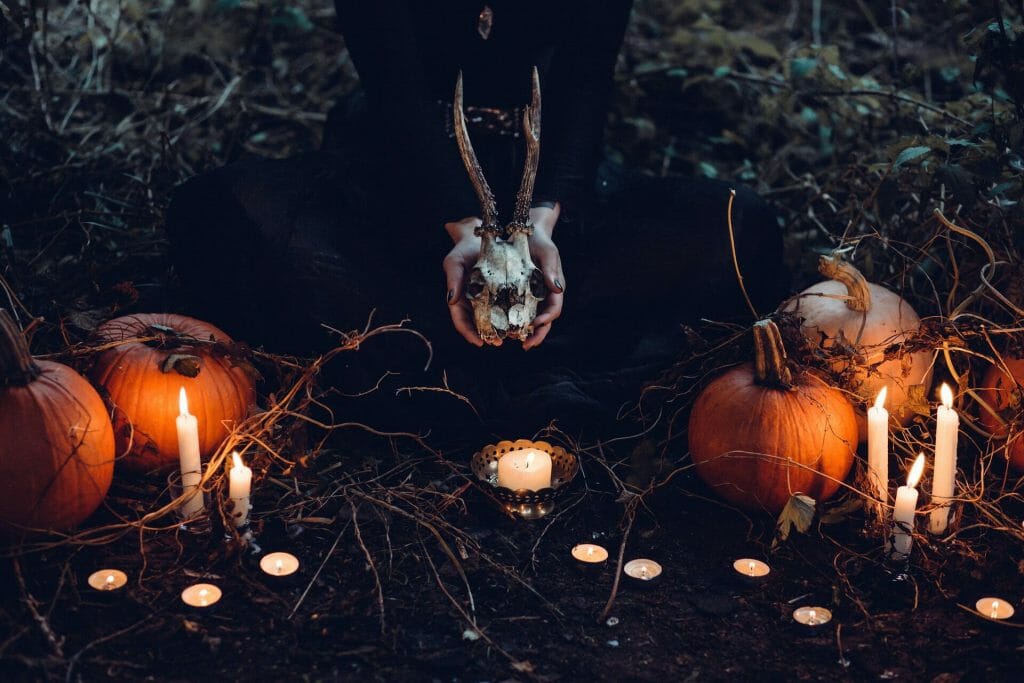 Yet another apple tradition, young women would peel an apple and throw the peelings over their shoulder. Then inspected, the peel was said to take form of letters. If they did, those letters were the initials of that young woman’s future spouse.

Journey around Scotland’s most haunted city with a local guide telling you the spectacular stories of murder, wars, and other dark and depraved things. During the World Famous Underground Ghost Tour you will also experience the vast history that beats through the town of Edinburgh. Even explore the hidden wynds off of the Royal Mile that lurk and await inspection. 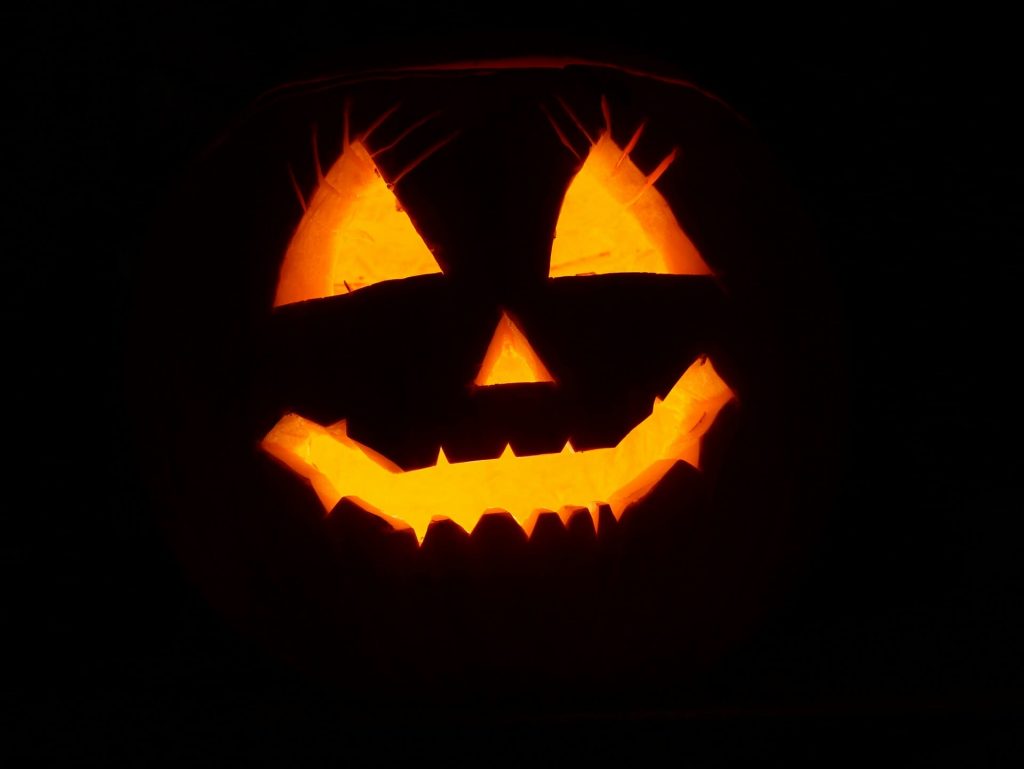 In Scotland, women would throw a load of hazelnuts into the fire. Each hazelnut represented a potential spouse. The one that burned rather than popped represented their future husband.

For 75 minutes on this Get Your Guide certified tour, you are guided under the Royal Mile as you hear terrifying stories about the unsightly events above and below the ground. What makes it a true Underground Tour of Terror? The hard to stomach torture exhibit and the tour of the home of the “Watcher” ghost. Each story will send the frights right down your spine. 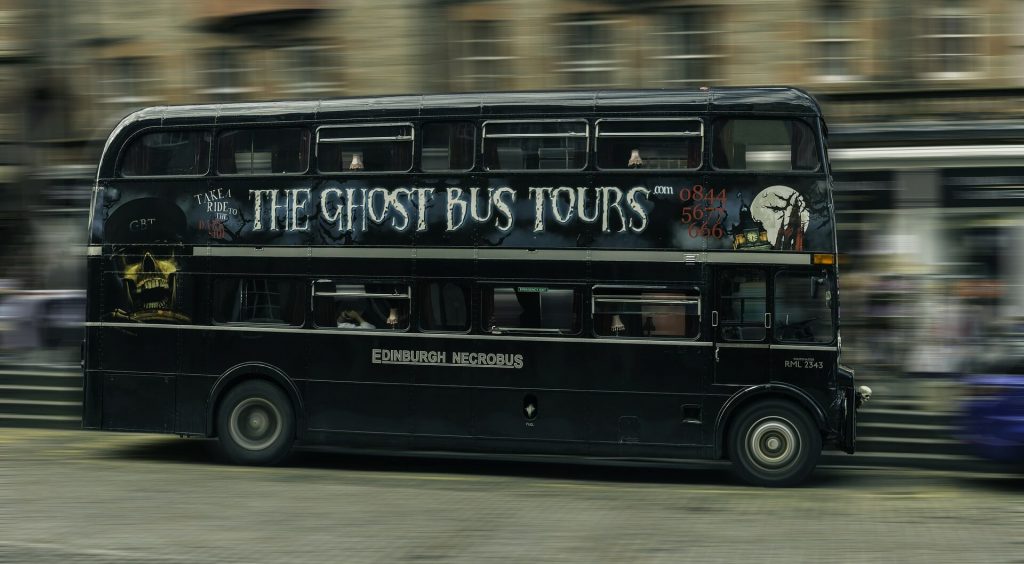 Halloween is a specular time of year where history meets myth. Since the Celts, creators of Halloween lore, controlled Europe, the holiday is lively there. In the oldest parts on the UK you will find that history and myth intertwine in their stories and legends. What better way to immerse yourself in the darkness of Samhain than to go on a ghost tour. And what better place to go than the most haunted city in the world?

Top Edinburgh Ghost Tours To Take on Halloween was written by Hedge Metreyeon. 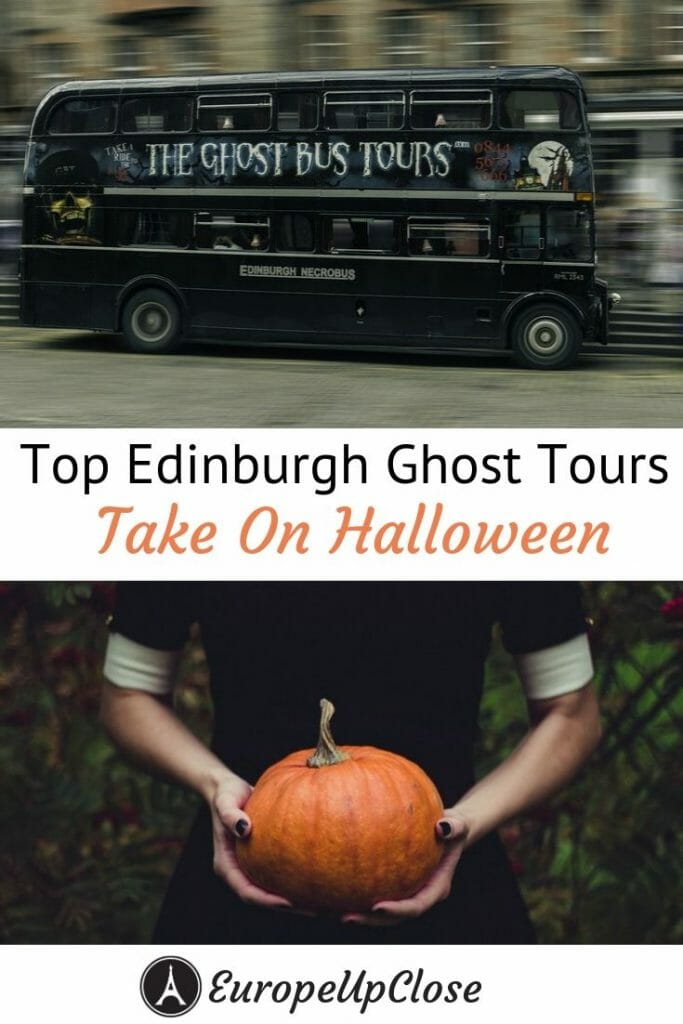 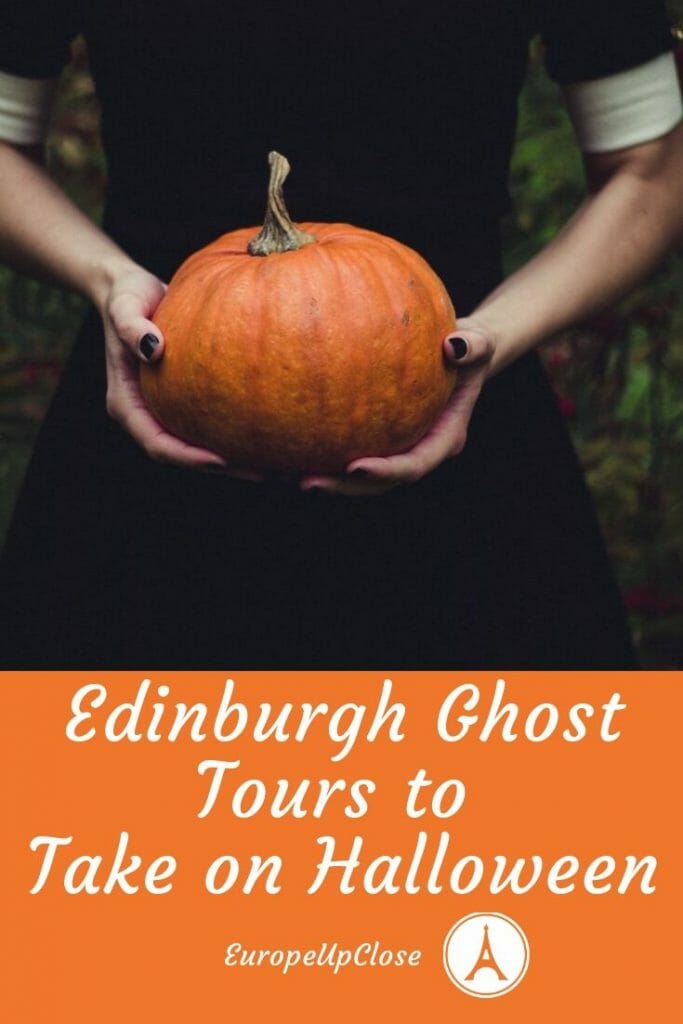 Wow! Great place to make a ghost tour! I would love to make an underground ghost tour it's exciting the idea of make such a spooky activity on Halloween!

I hope that you won't stop writing such interesting articles. I'm waiting for more of your content. I'm going to follow you!