Few places in Scotland encapsulate the country’s history, culture, heritage and architecture like Edinburgh’s Royal Mile. Stretching gently down from Edinburgh Castle, curled up like a gigantic stone sleeping dragon at the top end, to the majestic Baroque Palace of Holyroodhouse at its lower end, the Royal Mile is an esplanade to be savoured with a diverse and entertaining series of museums, restored buildings, and kirks. 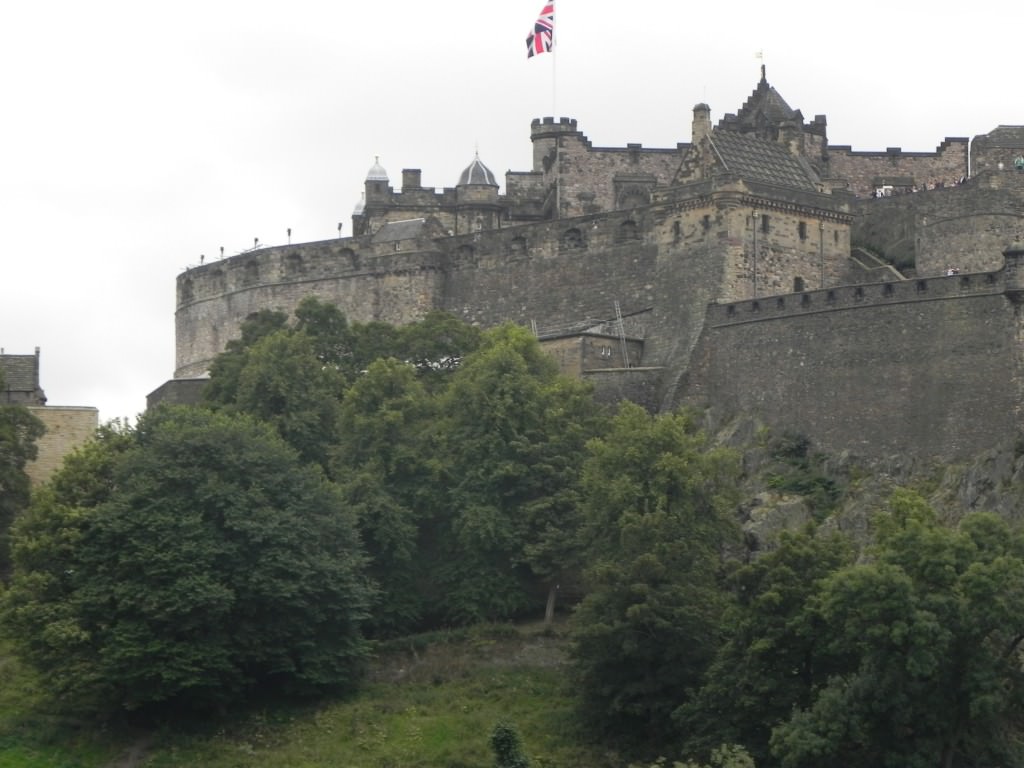 stretching gently down from edinburgh castle, curled up like a gigantic stone sleeping dragon at the top end

Exploring the attractions and museums that line this gray cobblestone stretch of ancient streets takes a day or two of solid sightseeing, as you duck into some of the finest medieval buildings in the United Kingdom.

Learn about the Edinburgh Military Tattoo at the Visitor Centre just a few hundred metres downhill from the castle. If you’re not fortunate enough to be in Edinburgh during the Arts Festival, of which the Tattoo forms a major part, this will at least give you an idea of its magnitude. Edinburgh is inundated from mid-August through early September every year with hundreds of thousands of excited visitors for this mammoth arts event, featuring performances and artists of all kinds from around the world. 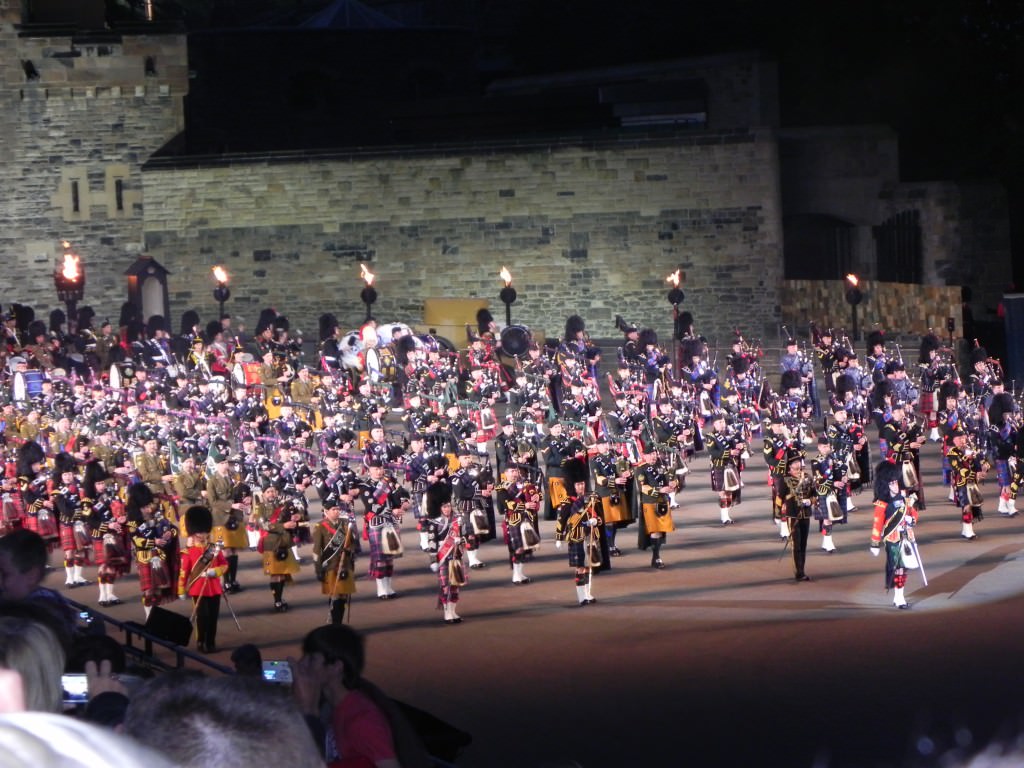 A few buildings down, you’ll learn about the “history and mystery” of Scotland’s national drink at the Scotch Whisky Heritage Centre. A blender’s ghost tells you how the tipple is made, and all about distilleries, followed by a ride in a whisky barrel taking you through 300 years of the history of this grain beverage. The tour ends with a wee dram of Scotland’s finest scotch. 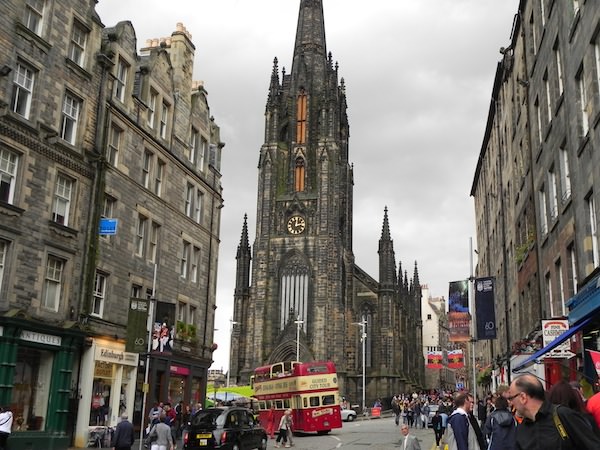 Across the road, the Camera Obscura (next to the Castle) is a 17th century house formerly owned by the Laird of Cockpen, offering three floors of holograms, 3D pictures, and all manner of optical illusions and equipment. The main attraction here is the 150 year-old Victorian Camera Obscura on the upper floor—a large pinhole “eye in the sky” camera that projects the surrounding cityscape onto a large concave screen for a live, moving panorama of the city. 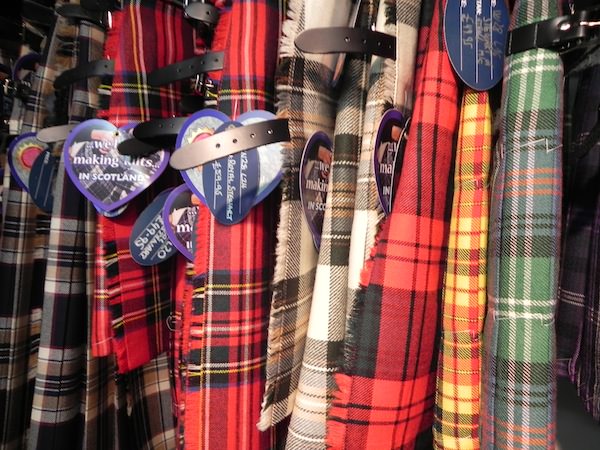 Three buildings down on the same side, Gladstone’s Land offers an intriguing look at a 17th century merchant’s house. When Edinburgh was growing rapidly at this time along Kingis Hie Street many wealthy merchants purchased land along it and built dwellings here. In 1617, Thomas Gledstanes, a trader in iron, pots, honey and vinegar bought this property (built in the 1550’s) and proceeded to add to it over the years.

The house was continually renovated, following the usual pattern of expansion (six floors upwards) then decay over the centuries, as the fortunes of its owners changed. Now a showcase of life in the 17th century, Gladstone’s Land was rescued from demolition by the National Trust for Scotland in 1934, and painstakingly restored and reconstructed in 1978 as a seventeenth-century Old Town house. 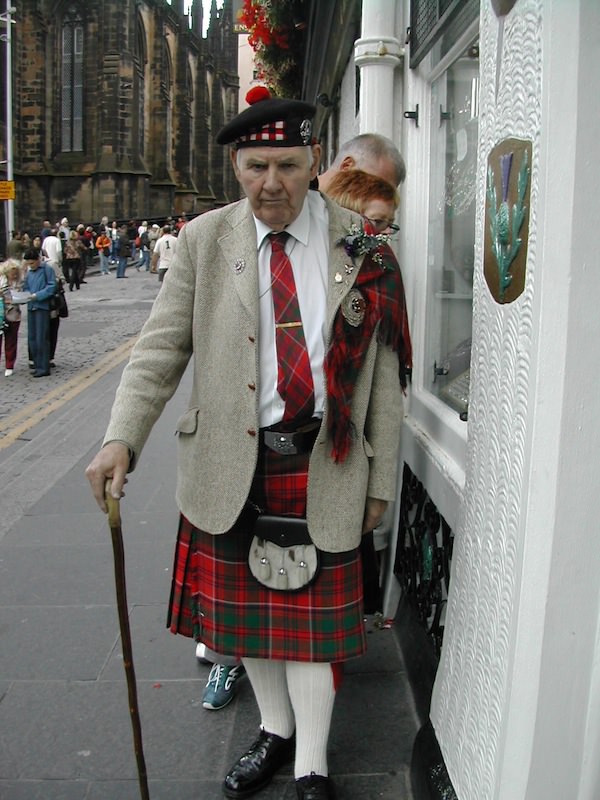 This strapping old scotsman posed for me on royal mile–what a magnificent fellow!

Further down High Street, the High Kirk of Scotland, St Giles Cathedral presents an imposing gothic façade to passersby, with dark stonework amidst a large courtyard of Midlothian granite cobblestones. The 160-foot, 15th century tower crowning the kirk remains the only part of the 12th century church that originally stood here. Named after St.Giles, patron saint of beggars, cripples, and lepers, this kirk has seen some history. John Knox directed the Scottish Reformation from here, with its emphasis on individual worship. 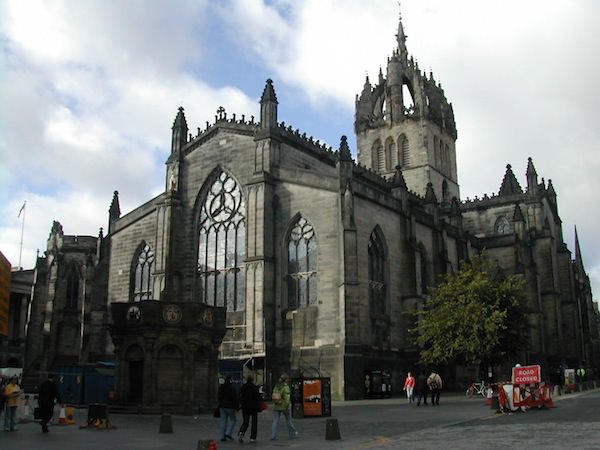 St. Giles Cathedral on high street has a tremendous history to show visitors

Stunning stained glass windows await the visitor inside—look for the great East window depicting the crucifixion and ascension of Christ, and another as a memorial to Robert Burns. Not to be outdone, Robert Louis Stevenson, also one of Edinburgh’s favorite sons, is remembered with a bronze memorial by sculptor Augustus St Gaudens. The elaborate rib vaulting on the veiling of the Thistle Chapel is breathtaking, with its remarkable resemblance to the thorny plant the Chapel is named after. Look for the famous bagpiping angel carving on the arched entryway to the Chapel, which was built to honour the knights of the Most Ancient and Most Noble Order of the Thistle. 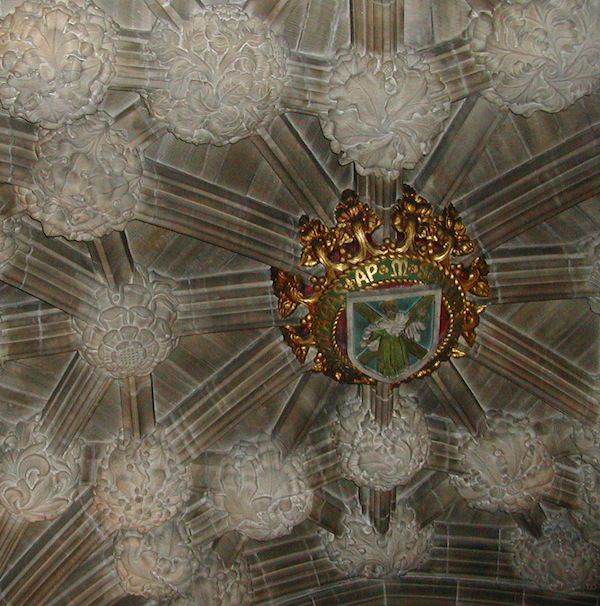 The elaborate rib vaulting on the ceiling of the Thistle Chapel is breathtaking, with its remarkable resemblance to the thorny plant the chapel is named after

The old Canongate Tollbooth dating from 1591, houses an interesting museum. The People’s Story is dedicated to the lives and work of Edinburgh residents from the late 18th century to the present, telling the story of Edinburgh residents working at home, and their unemployment, housing, health, religion, and festivals. Photographs, oral histories, artifacts, and a recreated prison cell, draper’s shop, cooper’s workshop, and pub depict the daily life of people in that era. The tollbooth, with its distinctive pointed turrets, was where taxes were collected, later seeing service as a council meeting place, a courthouse, a prison, a Registrar’s office, a fire station and police station. 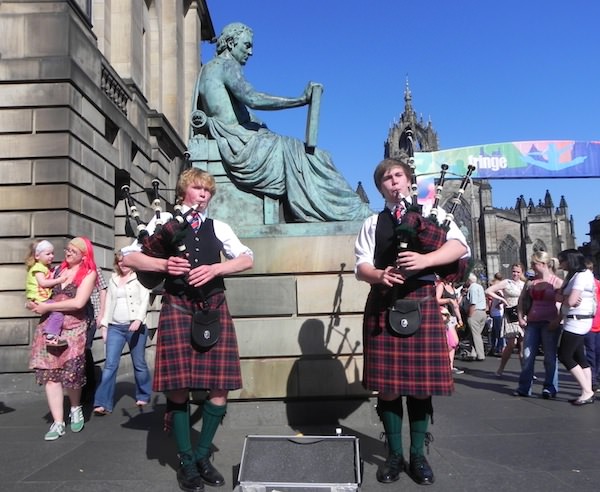 At the bottom of Royal Mile, opposite the Scottish Parliament building lies one of Edinburgh’s most impressive baroque sights, the spectacular Palace of Holyroodhouse, official Scottish residence of Her Majesty The Queen. The history here is palpable, being traced back to an Augustinian monastery built in 1128.

A self-guided tour takes you through the State Apartments, with a superb collection of richly embroidered tapestries, and the Great Gallery, displaying some of the Royal Collection’s portraits of real and legendary kings of Scotland by painter Jacob de Wet. Sean Connery was knighted here in 2002.

Outside on the grounds, the Abbey Church of Holyrood lies with its roof collapsed (1768) open to the sky.