It is refreshing to find craft brewers emerging throughout Europe these days. While those traditional pale lagers pair naturally with a lot of Polish cuisine, sometimes a guy’s just got to have an IPA with his pierogi. Fortunately, there is no need to import. Craft breweries are popping up all over the place in Poland, and at least a few of them make a good IPA, among other styles. 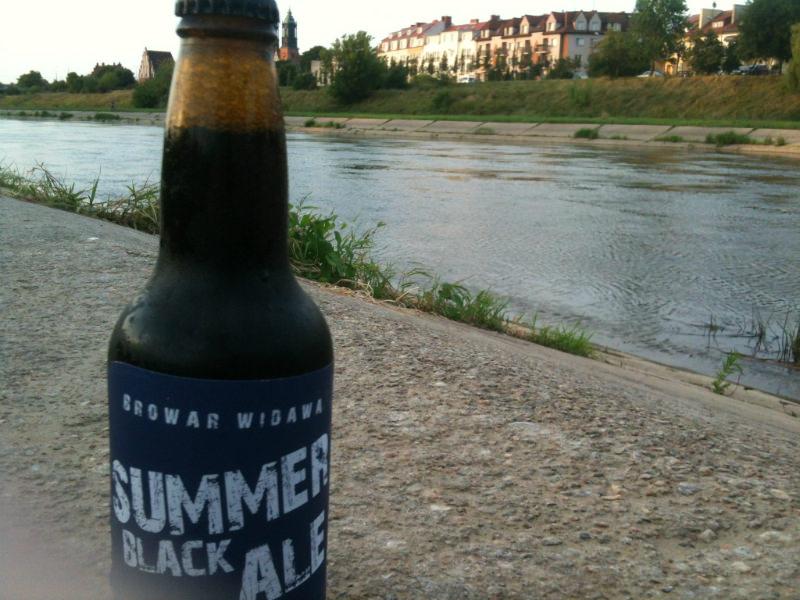 On a recent trip to Poznan, I had a chance to try several craft beers, and I want to offer just a snapshot of what is going on in this country, better known for its vodkas. If you are totally new to Polish beers, I suggest you start with Mattie Bamman’s “A Guide to Polish Beer”  to get an idea of what the vast majority of Poles drink and to get your pronunciation up to speed.

Some Polish Craft Beers to Try 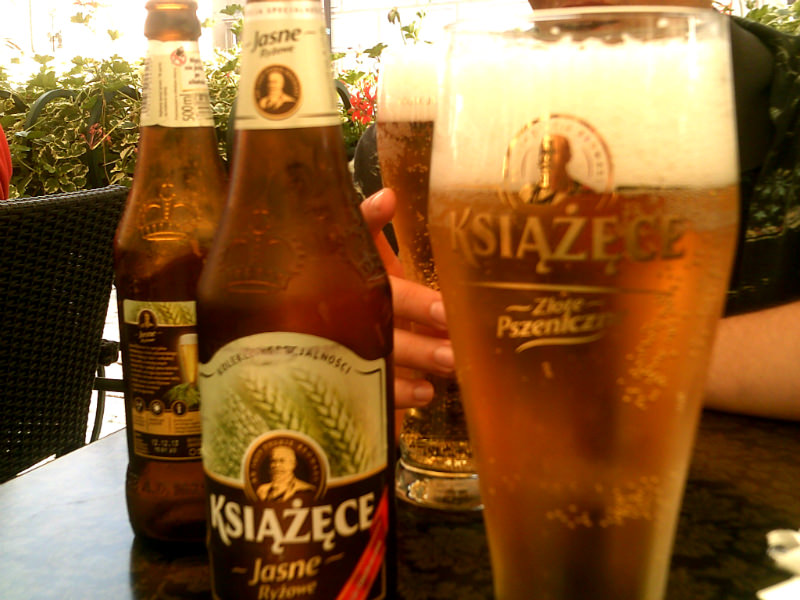 Rice beer from Ksiazece: Not a craft beer, but worth a taste all the same

Six beers, in particular, stood out as examples I would recommend anyone try (actually, there were a couple more, but my tasting notes got pretty illegible.) I’ll start with the most accessible flavors and work my way to the more adventurous styles.

Szalpiw Jasny Dynks, from Browar Szalpiw, is a great example of a Belgian witbier (in the same category as Hoegaarden), and it goes heavy on the spices. Lots of coriander here. Contrast this beer with the Podróze Kormorana – Witbier from Browar Kormoran, which is a lot fruitier with stronger flavors of orange peel. Both are a good option on a hot summer day.

These next two are hoppy IPAs from a couple of new breweries that clearly embrace a microbrew ethos many Americans will recognize. AleBrowar has gained a sizeable fan base with its Rowing Jack IPA, a typically solid example of the style. If you like IPAs, you will certainly like the Rowing Jack. 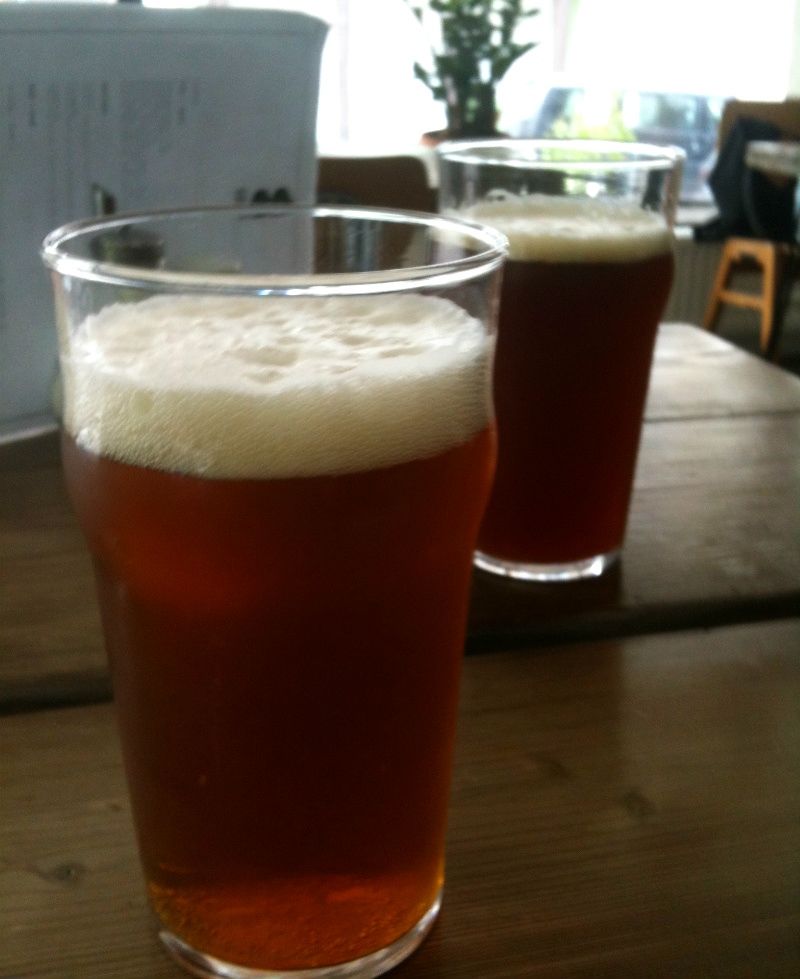 The Pinta brewery has its own worthy IPA, Atak Chmielu (“Attack of Hops”), but I think their Oto Mata (rice) IPA deserves some attention. The aroma coming off this thing was grassy and spicy on top of the IPA’s normal floral aroma, but the flavor was much thinner than normal IPAs, and the taste seemed to just fade on my tongue. This isn’t necessarily a bad thing. It went down well on a muggy summer night.

On my last night in town, I got into a couple of beers that managed to turn smokiness into something refreshing. First, was Browar Widawa’s Summer Black Ale. Both the aroma and the flavor hint at coffee and chocolate, so I imagine the malts are roasted fairly heavily.

The most interesting of the bunch, though, was Pinta’s a’la Grodziskie. Grodziskie, an old Polish style brew that all but vanished a generation ago, is a pale, lightly smoked and hoppy wheat beer with a very low alcohol content (a Utah-friendly 2.6%). The smokiness is evident, but it’s not so strong that you feel as if you’re drinking bacon, as with some German Rauchbiers. 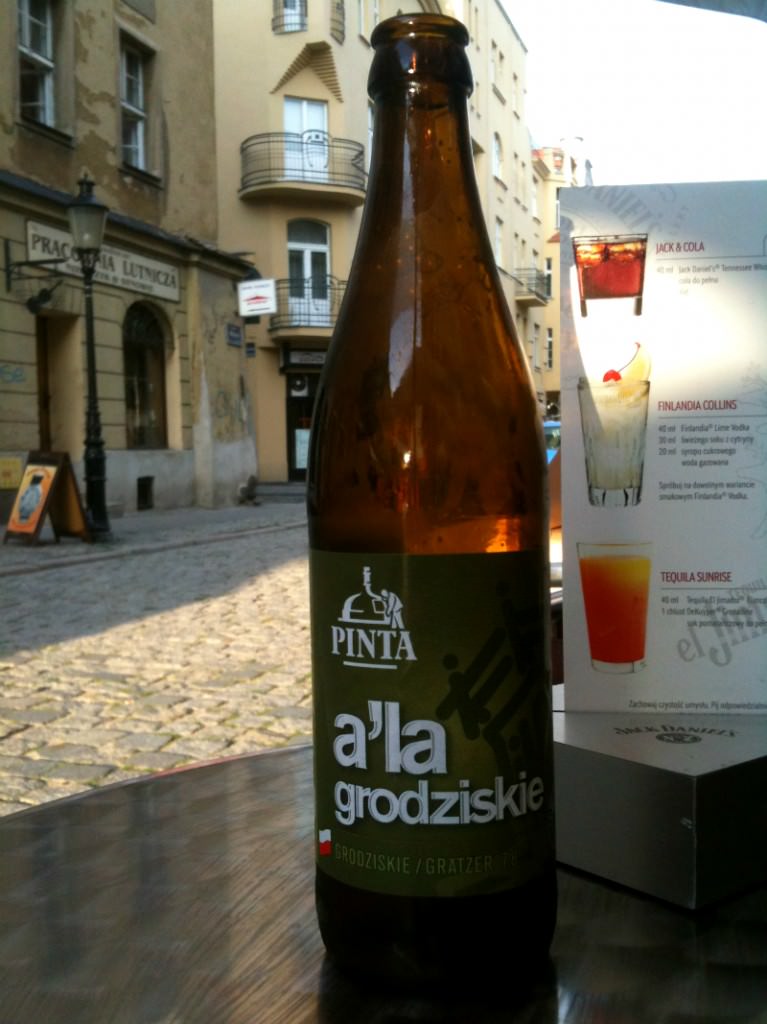 Local craft brews make up only a tiny fraction of all beers sold in Poland, and you will probably have to go out of your way to find them. In Poznan, two pubs I can recommend for their beer selections are SETKA (Swiety Marcin 8) and Basilium (Ulica Wozna 21). Ministerstwo Browaru, just across the street from Basilium, is where to go if you want to bring any bottles back home with you.

There are plenty of other breweries and brewpubs throughout the country whose beers I didn’t have a chance to try. Poland is a big place, so I imagine multiple trips and, um, dedicated research are necessary to get a full overview of the craft brew scene.

Full disclosure: The City Promotion Office of Poznan sponsored my visit to the city and enabled all this beer geekery. I am eternally grateful.

Piwna Stopa Craft Beer Pub in Ponan is the best.

I would appreciate to connect with Eric Barrier. Could connect us or send me his e-mail and or phone number? Thank you in advance Pierre

Polish craft market is growing extremely fast. Check polishcraft.beer for news and a map of craft beer pubs and shops in Poland.