I, like millions of others, watched the wedding of Prince William to Kate Middleton in 2011, and the celebration of the 60th anniversary of Queen Elizabeth’s coronation. So, on a recent trip to London I couldn’t wait to visit Westminster Abbey, the scene of these celebrations. 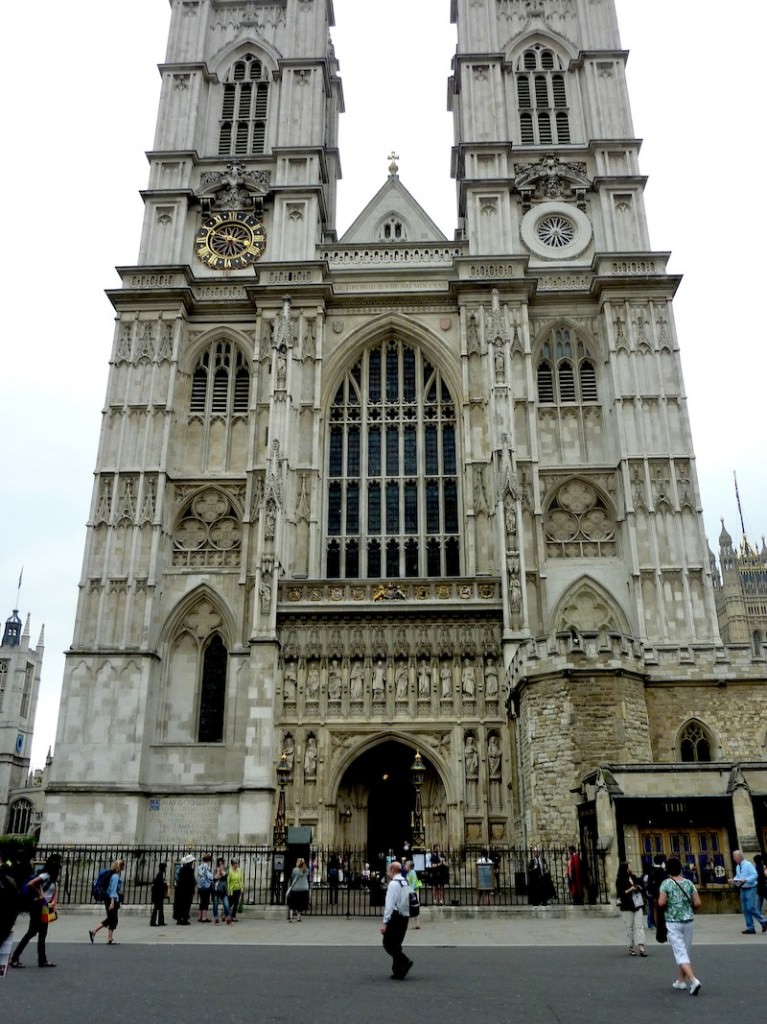 Westminster Abbey was founded by Benedictine monks in 960. In 1245, Henry III began building the present church and in 1301 the Coronation Chair was built and has been used in every Coronation since 1308. Since the crowning of William the Conqueror in 1066, the Abbey has been considered England’s coronation church. Through the ages it has also been the site for scores of burials and funerals. In recent times, the funerals of both Diana Princess of Wales, and Queen Elizabeth the Queen Mother were held at Westminster Abbey. 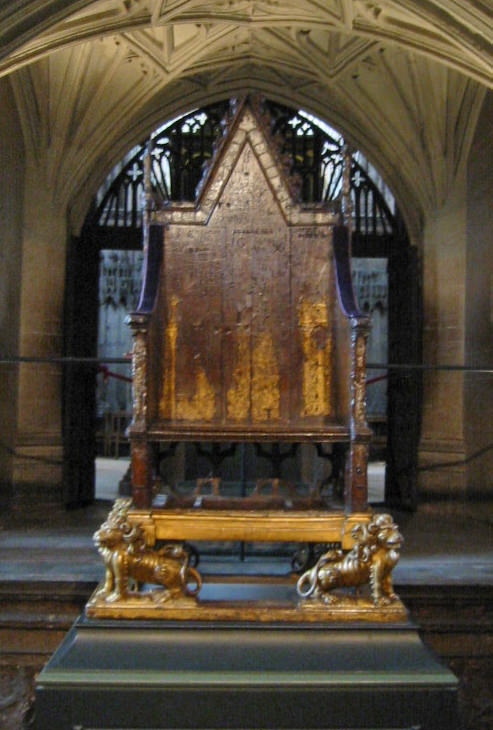 The first thing that struck me as I entered Westminster Abbey is that it is quite small. It is tucked behind the Houses of Parliament and Big Ben with their spectacular towers which reach for the skies, while dominating the little Abbey. Built in the classic shape of a cross, the interior is ornately designed and a bit crowded. When entering, one walks through the nave, past the choir benches with their rich velvet cushions and dark carved wood, and the vaulted ceilings towering overhead. 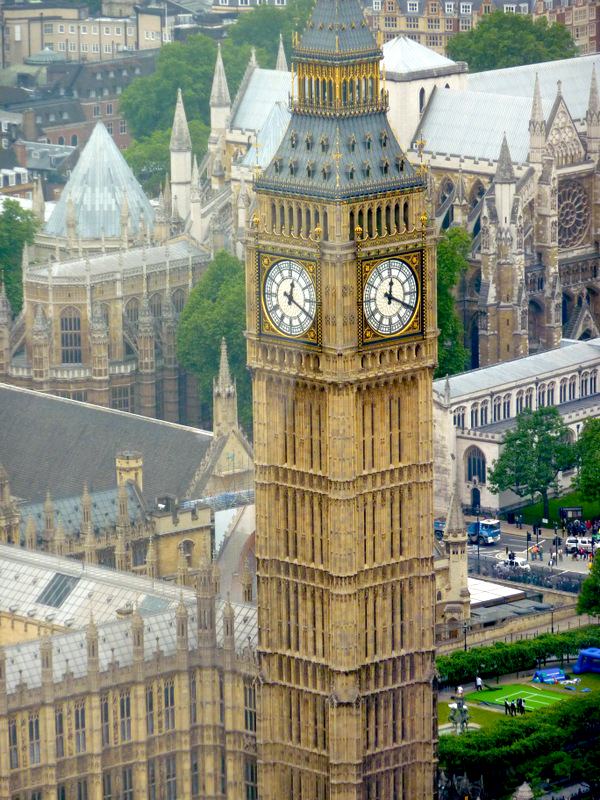 Big Ben with Westminster Abbey behind it

The entrance fee includes an audiovisual guide that explains where the bodies of the famous are buried and a pamphlet giving a brief history of the Abbey and other pertinent facts. We circled the Shrine of St. Edward the Confessor. We walked past the Lady’s chapel built by Henry VIII where the tomb with two Queens rest. When Queen Elizabeth I put her half-sister and rival Mary to death, she had her body entombed in the Abbey. Upon Elizabeth’s death, per her instructions, she was placed above her sister, dominating in death as in life. 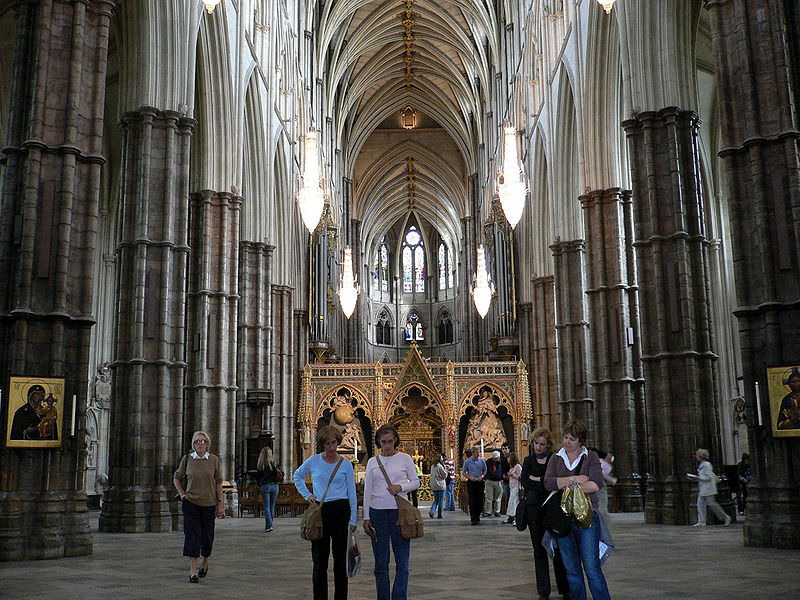 We walked on graves and memorials to many famous historical figures from hundreds upon hundreds of years of British history. Of course, we stopped at the Poets Corner and paid homage to the wealth of literary figures honored there. My favorite, tucked away under a ledge had the names, Emily, Charlotte and Anne Bronte.

The Abbey is a working church, so each hour a prayer is recited. It was restful to sit on one of the chairs in the body of the church and feel the quiet descend as the priest asked for silence and then said a short prayer. On this day he prayed for the world, especially the people of Syria and wherever war raged.

As we approached the end of the tour, we found we had developed quite an appitite so we headed for the Cellarium Café. On the way we gazed, as many monks before us had, at Cloister Garth. The Garth is a square of turf bounded by Cloisters. It gave the monks somewhere to rest their eyes and minds as they walked around it. The pamphlet states, “Metaphysically speaking, green was symbolic of rebirth, and therefore appropriate for spiritual refreshment.”

The Cellarium Café is open for breakfast, lunch and afternoon tea. It continues the Benedictine tradition of providing visitors with friendly hospitality. The Cellarium, part of the 14th century fabric of Westminster Abbey, was where the monks kept their stores of food and drink. The cafe has a lovely terrace and inviting outdoor seating. Unlike any cellar I have been in, the Café is light and bright and the food delicious.

After lunch, we viewed three more gardens within Westminster Abbey. St Catherine’s Garden, more recently created than the others, lies next to the surviving wall of the ruined monastery. 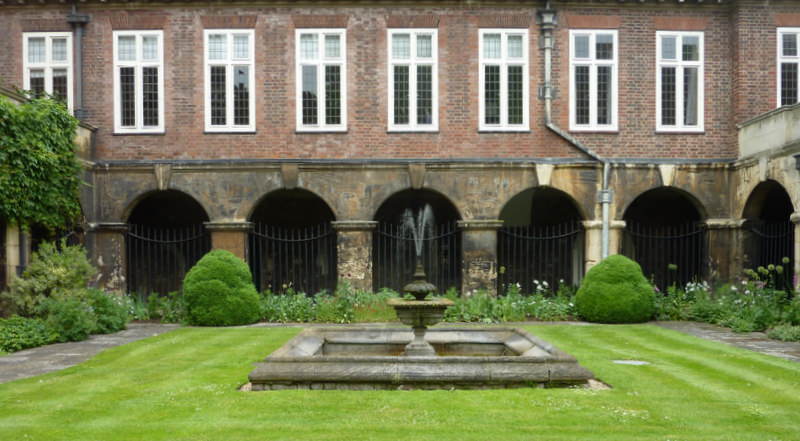 The Little Cloister Garden with its fountain and borders of scented plants was an area set aside for monks recuperating after illness. There would probably have been seats in this garden. The College Garden also known as the Infirmary Garden, was used for the purpose of growing medicinal herbs and foods for the general well being of the occupants of the Abbey. It is very unusual (possibly unique in England) for an abbey or monastery to still have its infirmary garden attached and maintained as a garden. 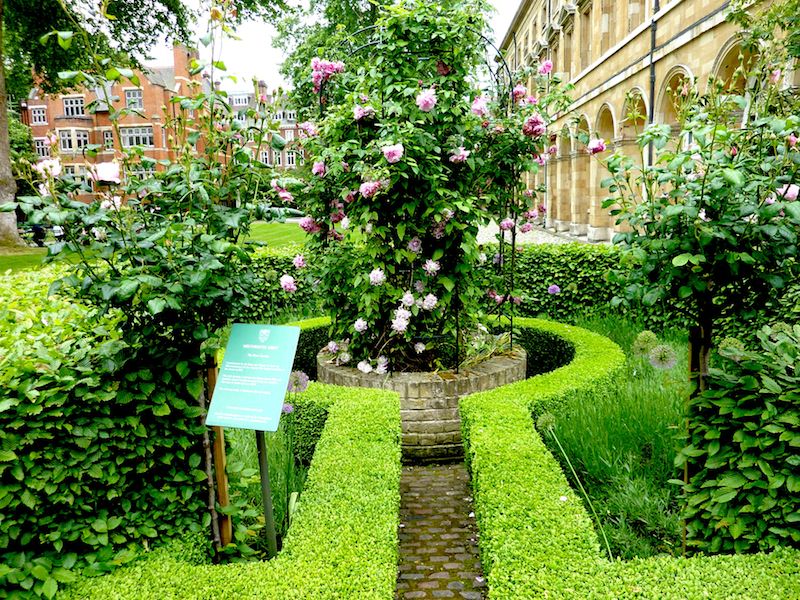 We wandered around the garden and observed people sitting on the benches or picnicking on the lawn. It had many interesting trees and flowers. My favorite was the Pyracantha “Orange Glow” described as “a strangely convoluted specimen.” 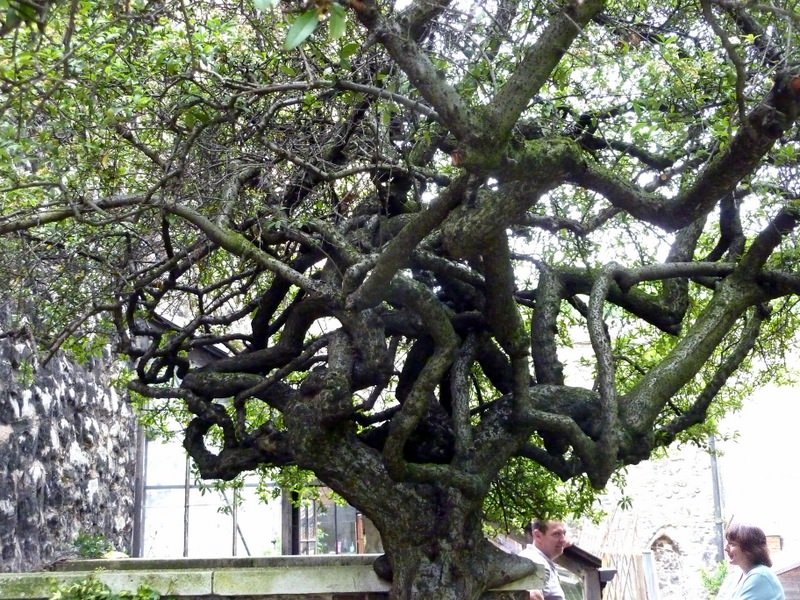 Although we walked around the buildings and the gardens of Westminster Abbey for well over two hours, we left the Abbey refreshed and calm, just as the millions of pilgrims and visitors had over the centuries.