Paris 1st Arrondissement is located along the Right Bank of the River Seine (it extends onto the western section of the Île de la Cité in the middle of the river). It is home to famous sites like the Louvre, the Jardins des Tuileries, and the Palais-Royal, as well as popular shopping venues like Les Halles. If you are currently deciding on where to stay in Paris, this Arrondissement is favorite among Paris tourists.

SPECIAL TIP: Paris is one of the most popular tourist destinations in Europe. That means that you will often find long lines at the most popular attractions and skip the line tickets for each museum and sight can be expensive. If you plan to visit several tourist attractions and museums, you can save some money and time by buying the Paris Pass, which will give you access to 60 museums and major tourist sights, and offers skip-the-line access for most of them.

Metro and RER stops:
Châtelet/Les Halles, Pont Neuf, Palais-Royale/Musée-de-Louvre, Tuileries and Pyramides are the most commonly used metro stops in the 1st arrondissement.

What to do in Paris 1st Arrondissement

Take in the extensive art and artifact collection at a must see Paris attraction, Le Louvre (Métro: Palais Royal/Louvre). The museum is open daily except Tuesdays and certain public holidays. The permanent collections are open from 9 am to 6 pm (Wed and Fri until 10 pm.) The shopping area under the pyramid is open 9 am to 10 pm. 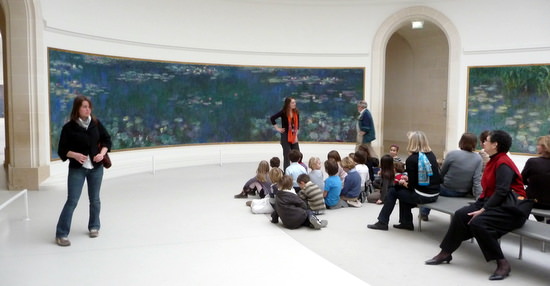 When you’re done with your visit to Le Louvre, head west to le Jardin des Tuileries, (Métro: Tuileries.) These impeccably landscaped gardens attract Parisians, picnickers, and art lovers. Enjoy the modern sculptures throughout and be sure to stop by the nearby Orangerie (open daily, except Tuesdays, Christmas Day and May 1st; 12.30pm-7pm, until 9pm Thursday)  to see some Impressionist masterpieces, including installations of Monet’s Water Lilies. 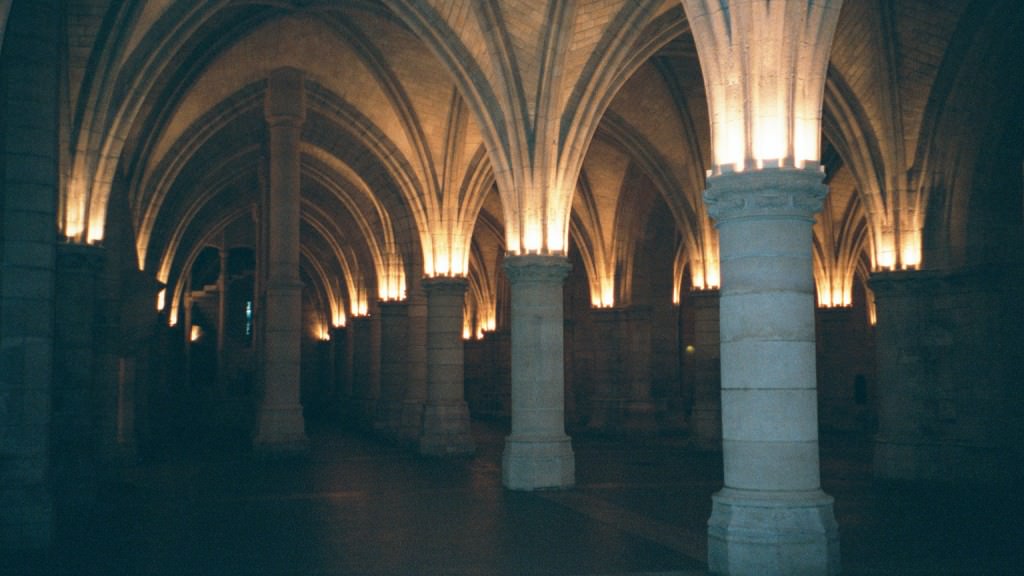 for its Gothic style. The church’s soaring vaulted ceilings, intricate stained glass windows and colorful tile mosaics on the floor are sure to impress. Next door is the Conciergerie, a former palace turned prison. Here  you can visit the cell where Marie Antoinette was imprisoned before she was beheaded. You can purchase a double ticket for both the Conciergerie and the magnificent Sainte Chapelle.

Where to shop in Paris 1st Arrondissement

One of the largest shopping centers in Paris is Forum les Halles, (Métro: Les Halles). Open daily from 9am to 7pm, it is built on the site of Paris’ former farmer’s market (that closed in the 1960s). Filled mostly with clothing, electronics and accessories shops, movies and fast-food restaurants, les Halles attracts a younger crowd (teens and twenty-somethings.) The interesting layout (underground) and interior is worth a visit.

Located to the northwest of Les Halles is Rue Montorgueil (Métro: Les Halles or Etienne-Marcel), a charming pedestrian 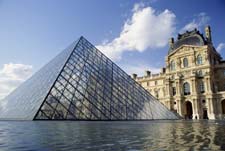 There are a variety of interesting arts, book and souvenir shops underneath the Pyramid at the Louvre (called Le Carrousel du Louvre). Open daily including Sundays (10am-10pm).

Note on La Samaritaine: Perhaps you’ve heard of La Samaritaine, one of the oldest and most established shopping centers in Paris. It closed its doors in 2005 due to economic hardship and problems with the building. Though it has been said that renovation/re-opening plans are in the works, many Parisians remain skeptical.

Where to Stay in Paris’ 1st Arrondissement

The first Arrondissement is in the very heart of the city. It is walking distance to most tourist sites and therefore is more expensive. Some fabulous hotels are located here; but we have found a few less expensive gems as well. 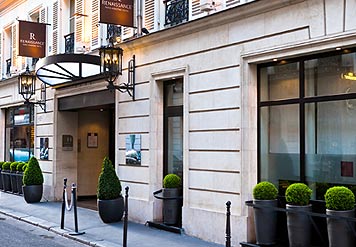 Renaissance Paris Vendome 5-Star
We consider this a 5-star property with 4-star prices. The ambiance is classic elegance; it is impeccable in cleanliness and in service. The fitness center’s swimming pool, steam room, and sauna are made with black slate and exotic woods, and provide a separate relaxation area and fitness room. The rooms provide luxurious amenities and great comfort. We love the location and believe you will love the experience of this great central Paris hotel.
4 Rue Du Mont Thabor
Metro: Tuileries 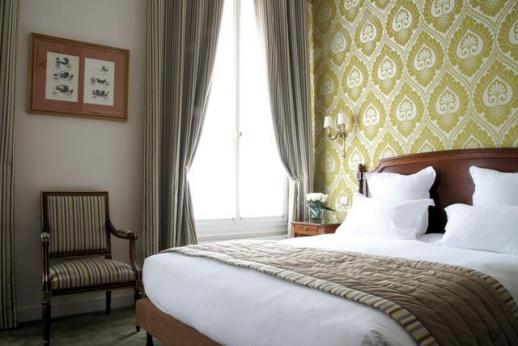 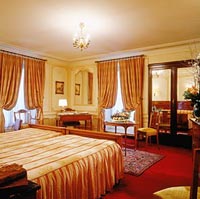 Regina Hotel 4-Star
Located in the heart of Paris, and facing the Louvre, the Regina is the grand dame of Paris hotels. This charming, central hotel in Paris features all the amenities you’d expect from a 4-star hotel, including a fabulous concierge to help you get the most of Paris.
2 Place Des Pyramides
Metro: Pyramides 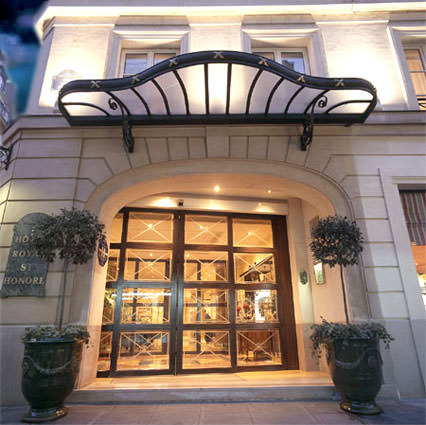 Hotel Royal Saint-Honore
The Royal Hotel Saint-Honore is decorated in the Louis XVI style, with air conditioning and sound-proof rooms, marble bathrooms and exquisite modern conveniences. This central Paris hotel offers Wi-Fi internet connections and a reception desk that is open 24 hours a day. It is located within walking distance of the Opera and the Louvre Museum.
221 Rue Saint Honore
Metro:Tuileries 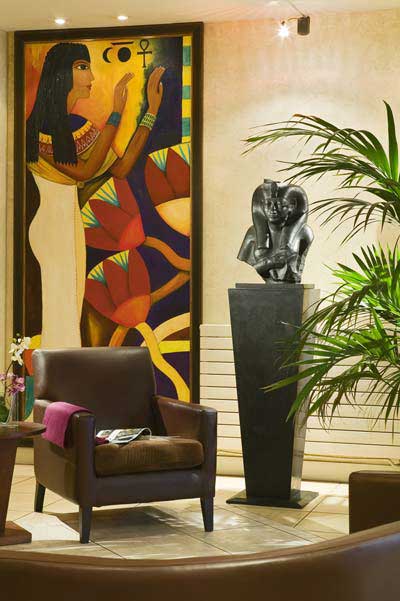 Hotel Louvre Montana
25 rooms
This small, charming 3 star Paris hotel has many modern amenities. All rooms have been newly renovated and include air conditioning. Located  near the Louvre, the Tuileries gardens, Rivoli street and the Orsay Museum.
12 rue Saint Roch
Metro: Tuileries 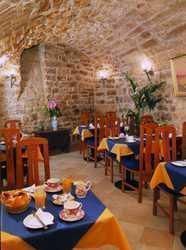 Hotel Britannique
Located in the heart of the historical center of Paris, the Hotel Britannique offers an authentic Paris experience. The Metro is just around the corner, but you will be withing walking distance of the Louvre, Notre Dame and the Pont Neuf. The 39 soundproofed bedrooms are equipped with air conditioning, bathtub with shower head or shower only, direct-dial phone, Internet access, minibar, Flat Screen TV with international reception, safe, hair dryer, broadband internet & WIFI.
20 Avenue Victoria
75001 Paris

Hotel Thérèse
Hotel Therese is just a great bargain with a perfect location, set near the Louvre, the Palais Royal, rue St Honoré and the Opéra Garnier. Decorated in a warm, classically contemporary style, the hotel has all the amenities you want and need: air-conditioning, minibar, cable television, personal safe and wi-fi access. You might think you are staying in a four-star hotel, but luckily for you you are paying 3-star prices.
5/7, rue Thérèse
75001 Paris 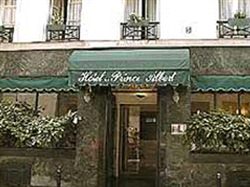 FOR OUR PICKS FOR HOTELS IN PARIS, BY ARRONDISSEMENT, CHECK OUT THE FOLLOWING POSTS:

I will be going to Paris for 21 days. I want to stay at the budget Hotel Prince Albert Opera.

how do l find out about the price per day for a single room and for 1 person?

also, my plane will land at the Charles De Gaule airport.

what kind of budget transportation do you suggest that l use?

Hello Nicole. Here is a link to the Hotel Prince ALbert Opera, which should help with pricing. https://hotels.europeupclose.com/Hotel/Prince_Albert_Opera.htm.

To get from CDG to Paris, you can take an inexpensive shuttle. https://www.partner.viator.com/en/8588/Paris-tours/Transfers-and-Ground-Transport/d479-g15

The least expensive way is to take the RER train right from the station, but it is difficult with luggage.

Follow Your Nose to These Food Streets in Paris

[…] More information on the 1st Arrondissement […]