From the air, Madeira is an otherworldly sight. As I flew toward the island and passed over its miniscule neighbour of Porto Santo, it really did feel like I was approaching a distant, mythical land. Basking alone in the Atlantic Ocean, it is geographically apart from elsewhere, situated approximately 650 km west of Morocco and 1,000km southwest of Europe’s mainland, meaning that a strong sense of escapism envelopes you before you even touch the ground. 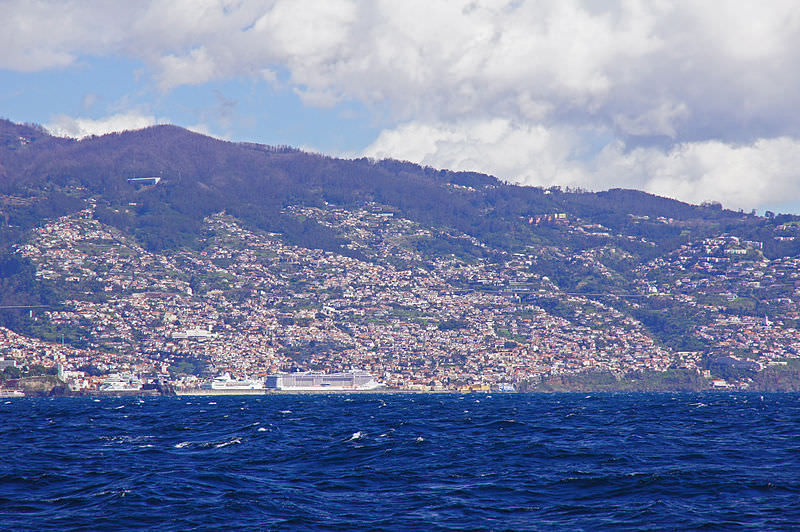 Funchal Madeira from the sea

Part of a tiny Portuguese archipelago that also features Desertes, Madeira is a beautifully innocuous isle. Unassuming and effortlessly inviting, my time there was a sublime spell of peaceful rest and rejuvenation that, for me, somehow echoes some of the more wildly remote places on the planet. Perhaps it’s the abundance of plant life. Sustaining a huge endemic range of species, Madeira was first discovered by Portuguese sailors João Gonçalves Zargo and Tristao Vaz in 1420 when they were met with a mountainous island replete with dense forests – hence its entirely apt name: ‘Madeira’, means ‘wood’ in Portuguese. 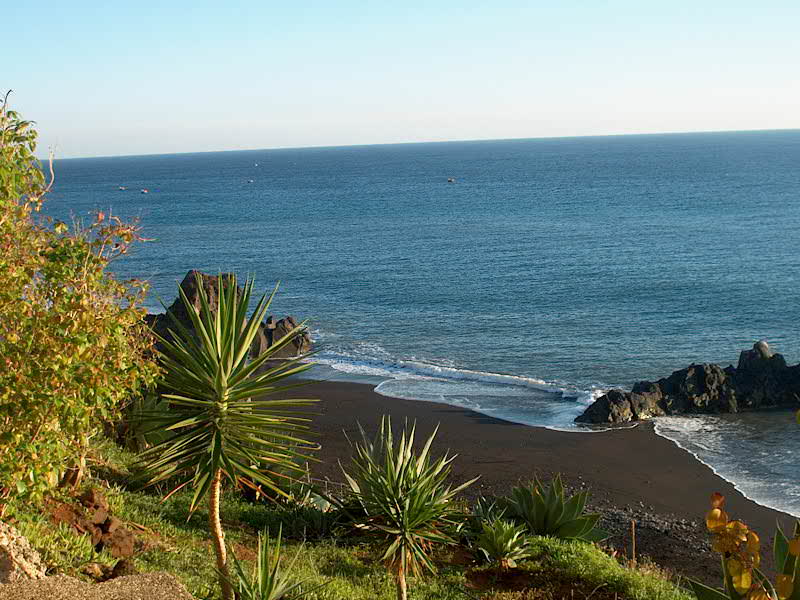 Though its indigenous Laurissilva rainforest was largely burned by settlers, it remains prevalent and pristine in the northern slopes as part of Madeira’s coveted World Heritage Site, affording visitors a terrific spoil of hiking trails, not to mention – ubiquitously breathtaking vistas. Flaunting a range of flora and fauna, from birds and bats to lizards and rare mollusks, its biodiversity adds to its magnetic allure and lends a powerful, natural enigma to this ‘floating garden in the Atlantic’. 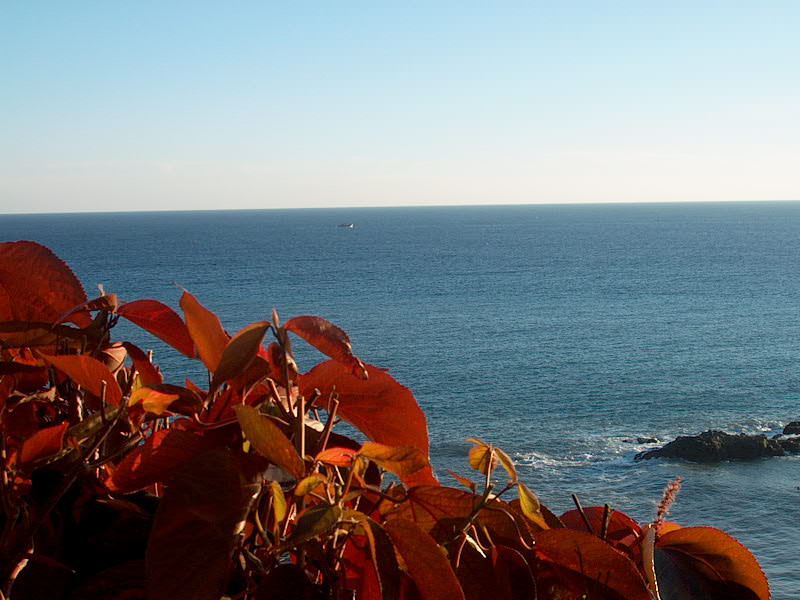 With its prime Gulf Stream and Canary Current position, Madeira boasts the most perfectly sub tropical, Mediterranean-like climate; meaning that warm, mild temperatures are flanked by a stream of oceanic breezes to create a crowd-pleasing, year-round destination. But beyond the geography, what really struck me about this place of paradise was the colour. A dazzling display of floristry is presented throughout the entire island as I was surrounded by a brilliantly bright palette that reflected the rainbow with spellbinding accuracy. 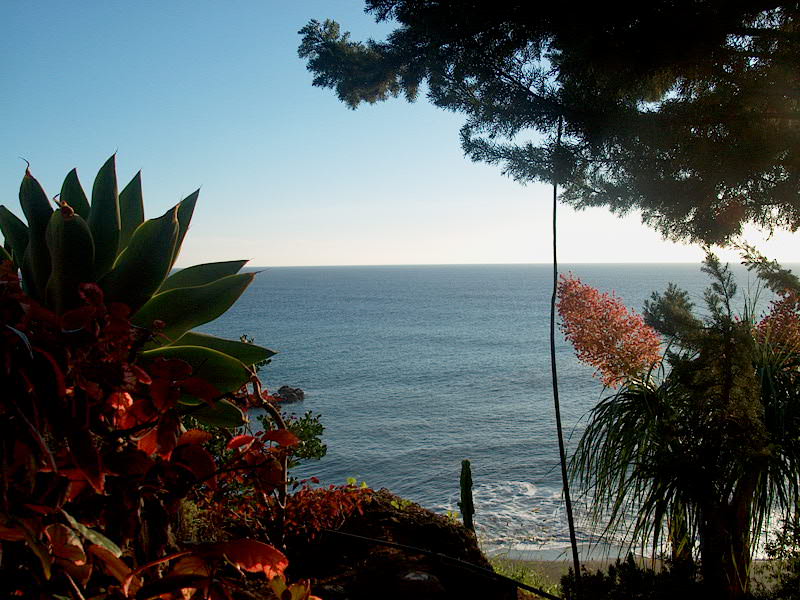 The beautiful flowers of Madeira

A spectacular scattering of reserves, parks and gardens presents visitors with a spectrum of vivid, natural sights. A simple stroll would rapidly become a reverie-made-real as I ambled along the coast toward Madeira’s capital, Funchal and stumbled upon a variety of places to put my feet up in supreme, al fresco style. Following active days at Quinta Magnólia with its tennis courts, open air pool and jogging circuit, I’d often simply sit in the Santa Catarina gardens to admire the sweeping panoramas of Funchal bay in the company of exotic, impossibly multicoloured blooms.

Similarly, the Municipal Garden – or Donna Amélia Garden as it is commonly known, is home to its own amphitheatre and beguiling bevy of sweet-scented flowers that were a sheer delight for the senses. I mused that Madeira’s Spring Flower Festival must definitely be a sight to behold. 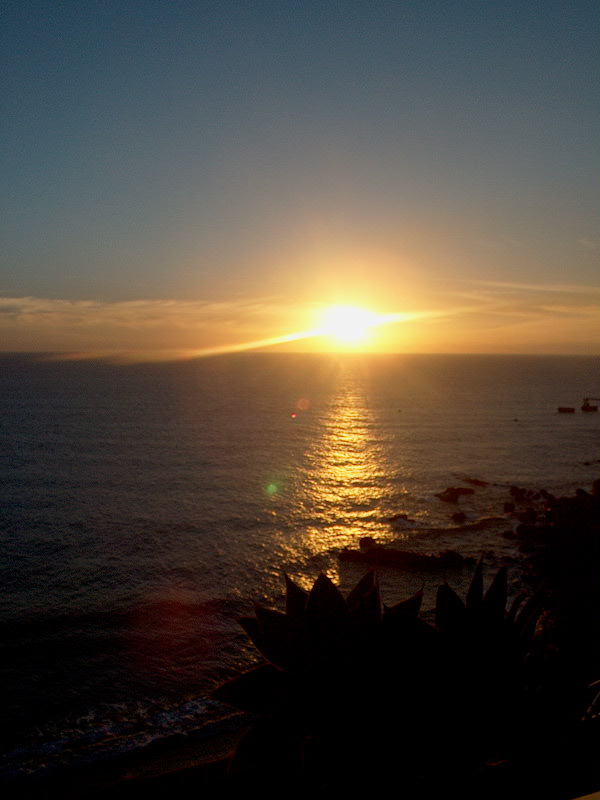 In the evening, Funchal’s Lido promenade and harbour area presented me with a mix of restaurants and bars offering low-key entertainment and eclectic flavours. Dining in Madeira is a popular pastime. I’d recommend the local fish specialty ‘espada’, which is prepared with everything from banana to passion fruit; or sample Madeira’s sumptuous, skewered marinated beef dish – ‘espetada’ or pork equivalent ‘carne de vinha d’alhos’. Wash down with a glass of Madeira’s legendary fortified wine or traditional ‘poncha’ for an ultra satisfying belly fill.

On the outside, Madeira may appear a sprawling centre for respite, but in fact offers a wondrous wealth of attractions and activities that will appease everyone from adrenaline junkies to beach lovers. From deep sea fishing to diving and snorkeling to sightseeing – and various stretches of sun-kissed shores to lounge on – Madeira coolly accommodates all.

A trio of world-class point breaks between Jardim do Mar and Paul do Mar makes Madeira a renowned surfing phenomenon while the Garajau coast delivers clear, turquoise waters for top-notch scuba diving. 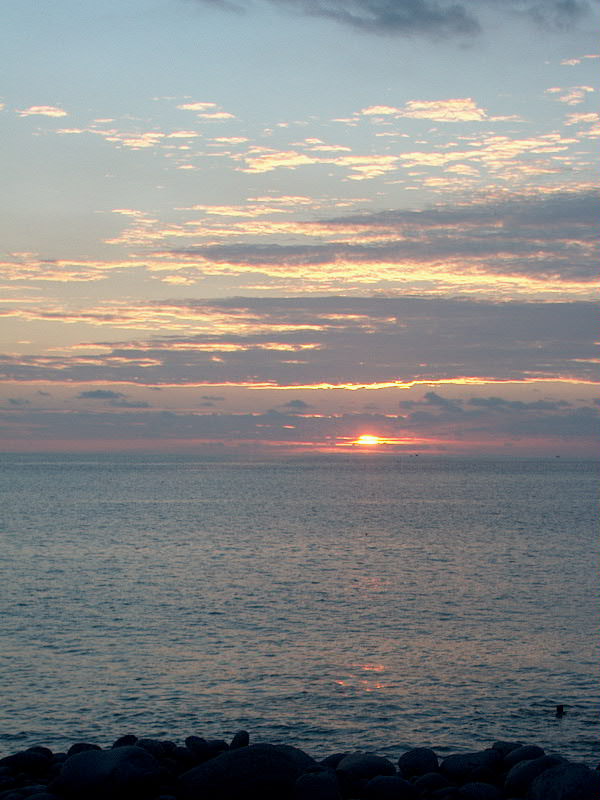 The end of a perfect Madeira day

Enjoy retail therapy courtesy of Madeira’s vibrant shopping and market scene, or take an island tour, visit the Santa Cruz Aqua Park or try a sea safari for an awe-inspired excursion of whale and dolphin spotting.

As tempting as it sounded – I dipped out on a wicker sledge toboggan ride through the downward spiralling streets of Funchal chaperoned by two men using their rubber soles as breaks. Instead, I opted for the awesome aerial views from Funchal’s Monte Cable Car  as it floated over seaside skies and the charming capital city. 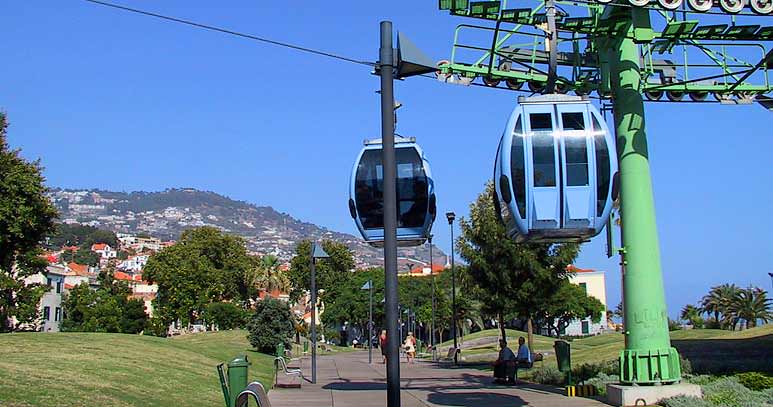 Problem was, my plane ride home snatched similar striking views of a rapidly shrinking world below, that even though now distant in time and space – remains ever-so magical in my mind.

Written by Guest Contributor Hannah May for EuropeUpClose.com. Hannah is a freelance writer based in Cornwall, England. Her passion for travel has taken her across the globe to exotic realms such as Fiji, South Korea, Sri Lanka and Ghana as well as throughout Europe, where she ambitiously aims to explore every country. You can find her at www.hmay.co.uk.

Funchal Best Things To Do

While paying a visit in Funchal there are a lot of interesting places that should make up part of your trip. The popular Maderia area of Portugal has attractions that you may know and perhaps others that aren't known to non local locals of Funchal we have put together a Top 10 list to help you on your way:

These really are just a starting point if you have taken a quality guide book you can delve further and depending how much time you have in Funchal. You will discover other enjoyable attractions and locations in the Funchal vicinity of Portugal.