There is nowhere like the South of France; the warm sun and the Mediterranean Sea influence everything: the food, the wine, the architecture and the way of life. 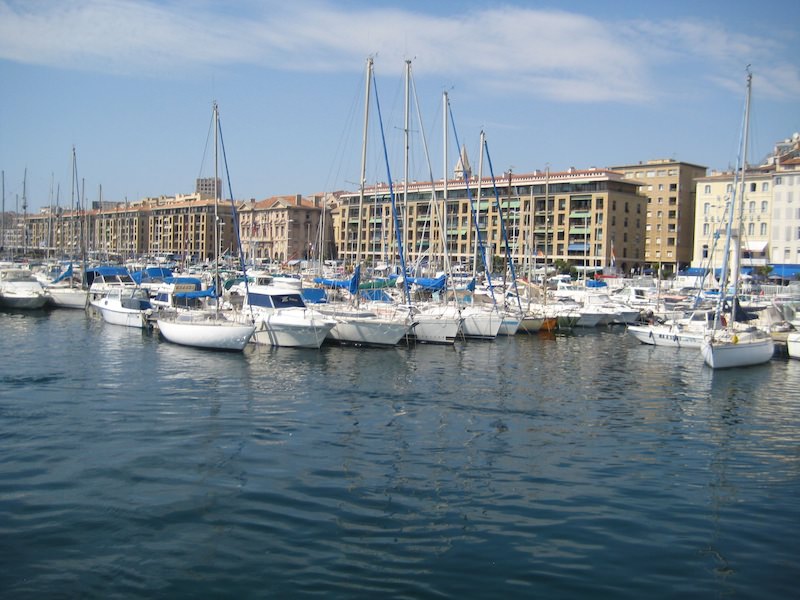 After Paris, the south is France’s most popular vacation destination for foreign visitors and the French themselves. Although agriculture has been the mainstay in the economy for years, high-tech industries have sprung up near Nice and Montpellier and tourism plays a large role in the economic health of the south.

The three regions that are located in the South are: Languedoc-Roussillon, Provence-Alps Cote d’Azur, and Riviera Cote d’Azur. All are unique and interesting and each has its own identity. 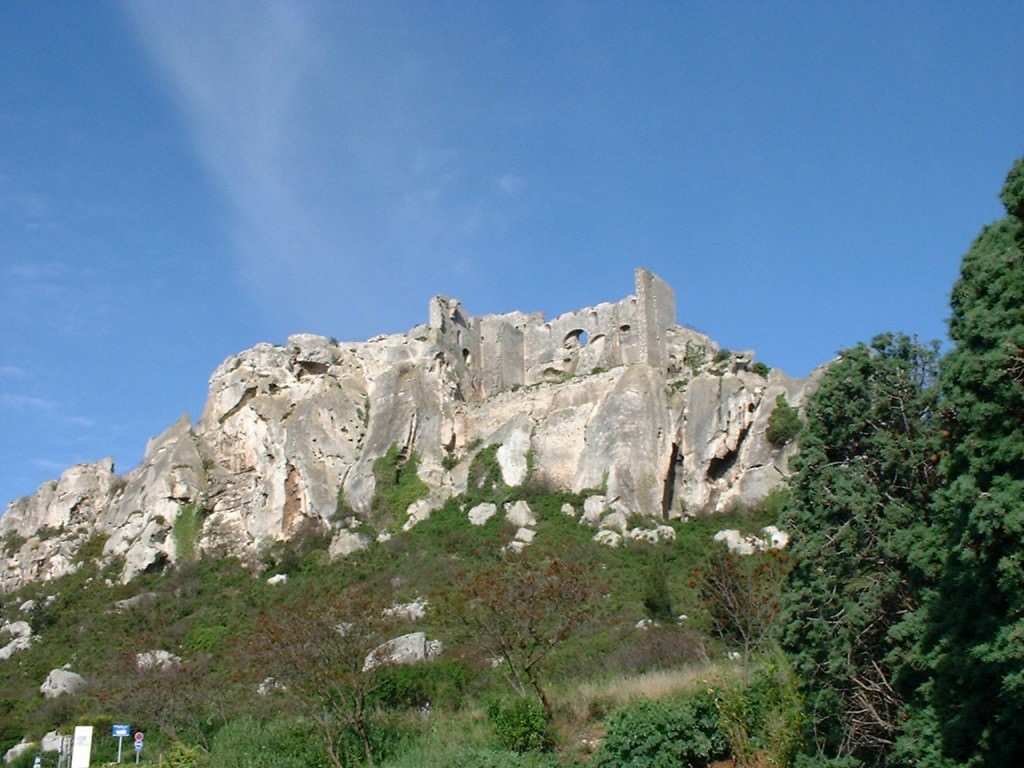 Languedoc-Roussillon sits along the western Mediterranean and the foothills of the Pyrenees mountains, bordering Spain. Languedoc was an independent country and spoke the language of Occitan; it still holds to its own identity. Roussillon was a Spanish possession and is closely tied to the Catalan heritage of Northeast Spain. The Romans settled here in the 1st century BC, therefore you will find many examples of Roman architecture in this area, including the exquisitely engineered Pont du Gard and Les Arenes Ampitheatre at Nimes. This region enjoys broad sandy beaches and dry flower-scented hills, with lovely views. Throughout the Lozere, historic architecture adds to the dramatic landscape, as the area is home to a number of impressive Romanesque churches and medieval castles. The medieval Holy City of Le Puy-en-Velay is especially spectacular. 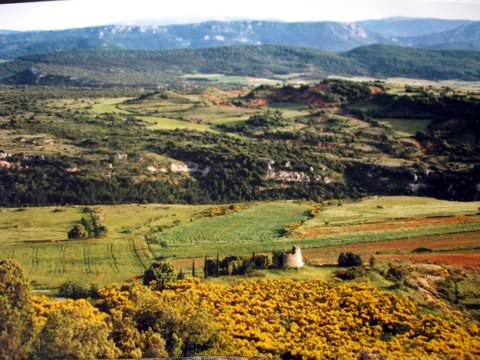 The rolling hills of Languedoc Roussillon

Provence-Alps and the Riviera-Cote d’Azur seem to be the antithesis of one another, but live quite amicably side-by-side. Provence is known for the quaint little perched villages with red-tiled roofs, the scent of rosemary in the air, and the tiny fishing towns dotting the Mediterranean sea. Provence is all that and much more. With such bustling cities as Aix en Provence and Avignon, Provence cannot be considered merely quaint. It has done much to maintain its warm, friendly, and slow pace of life, but it does not live in the past. 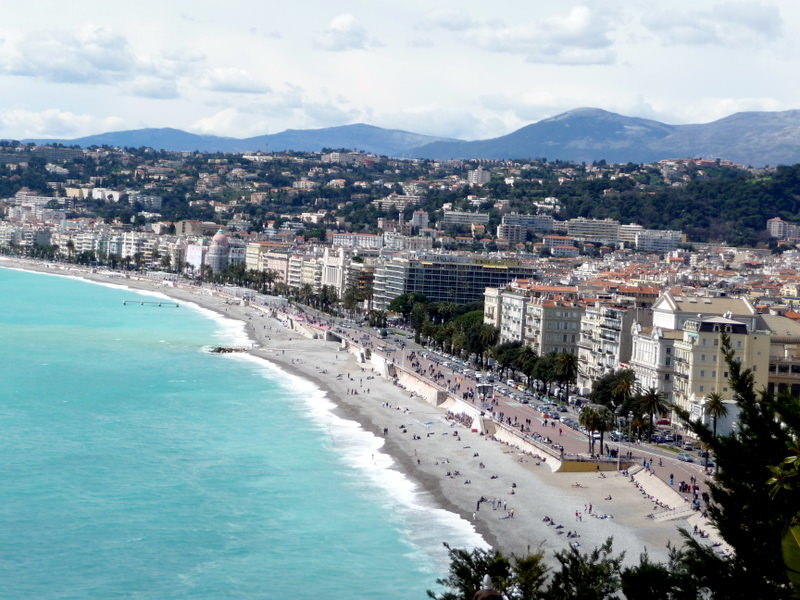 Nice on the Cote d Azur

The Riviera Cote d’Azur seems to be the essence of glamour and conspicuous consumption. Monaco (Monte Carlo), Nice, Cannes and St. Tropez all bring to mind Hollywood stars and European aristocracy, living the good life. Yes, the casinos, yachts, private beaches and excessively lavish hotels are here, but you will also find the charming little towns a little more than a stone’s throw from the Riviera. 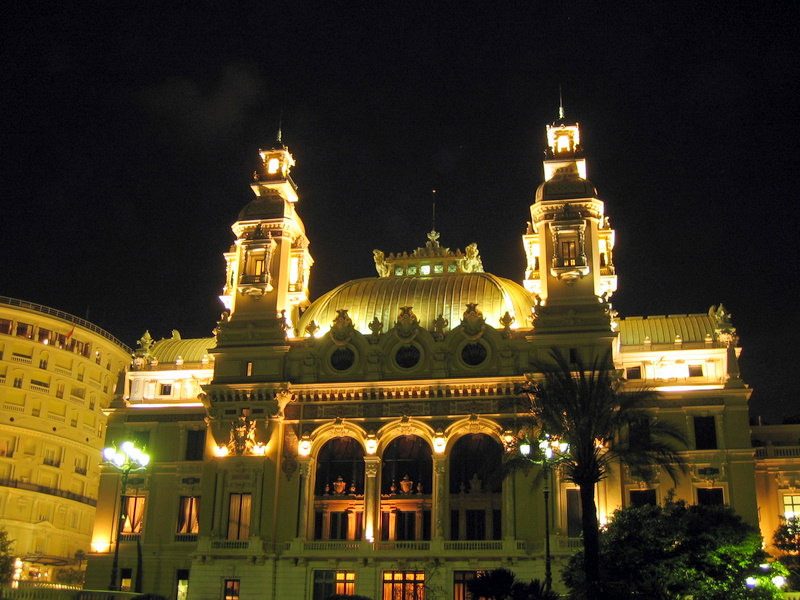 The South is the most inspiring region of France; artists and writers have come here to create their masterpieces. They come for the rugged beauty, the sea, the people and the special light that seems to make even the most pedestrian building take on a mellow glow. Come to the south and you will feel the warmth and become inspired as well.

I always enjoyed the South of France for its climate, lifestyle and the joy of swimming and diving in the beautiful Mediterranean Sea. I am lucky to spend several month in Sanary/mer and I invite you to discover this little fishing harbor between Marseille and Toulon.