Spain is home to more than 2,000 castles, exhibiting the varied cultural influences from throughout the country’s history. Though the castles are scattered throughout the country, the largest concentration is in Castile. A number of these castles were built in the 10th and 11th centuries when Moors and Christians were at war and towns were fortified for protection against the enemy. A large number of the Castles in Spain were built in later centuries and served as palaces for nobility.

Our favorite Castles in  Spain

Built in the 9th century, The Alhambra is one of the most important sights in Spain. The name comes from Arabic meaning “red or crimson castle”, perhaps due to the reddish color of the towers and the walls surrounding the La Sabica which looks gold in the sunlight. 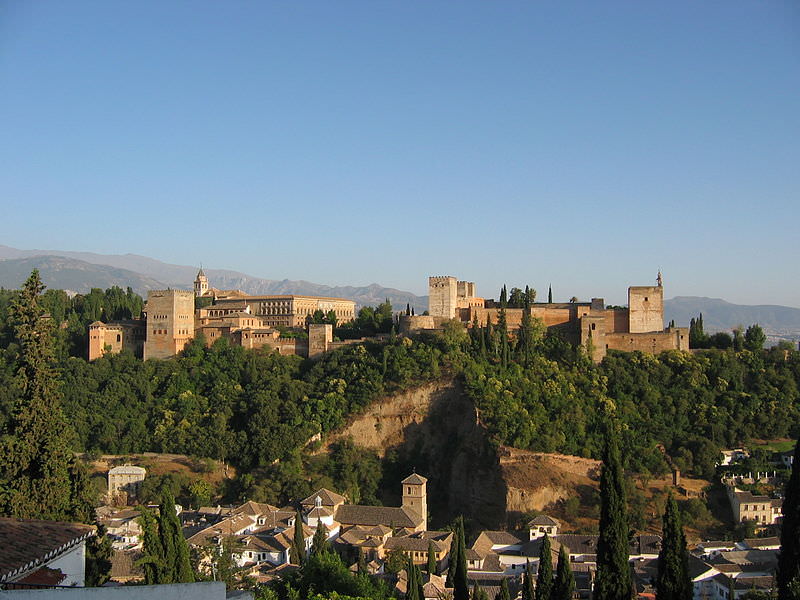 The Alhambra, A World Heritage Sight

The Aljaferia Castle, a huge palace in Zaragoza (Eastern Spain) was built by the Moors in the 11th century. It features a courtyard with a mosque and garden, surrounded by elaborate Moorish arches. 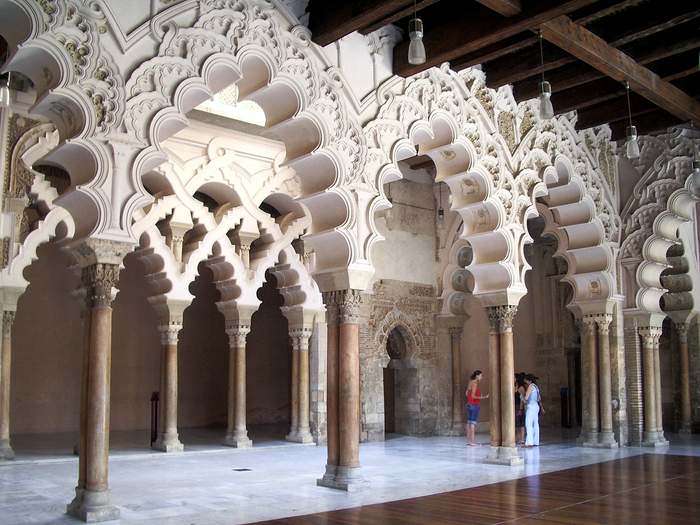 Alcazaba Almeria, built in the 10th century dominates Almeria’s old town. The largest of the Moorish fortresses built in the country, it serves as evidence of the town’s early prosperity as an important port for Cordoba. 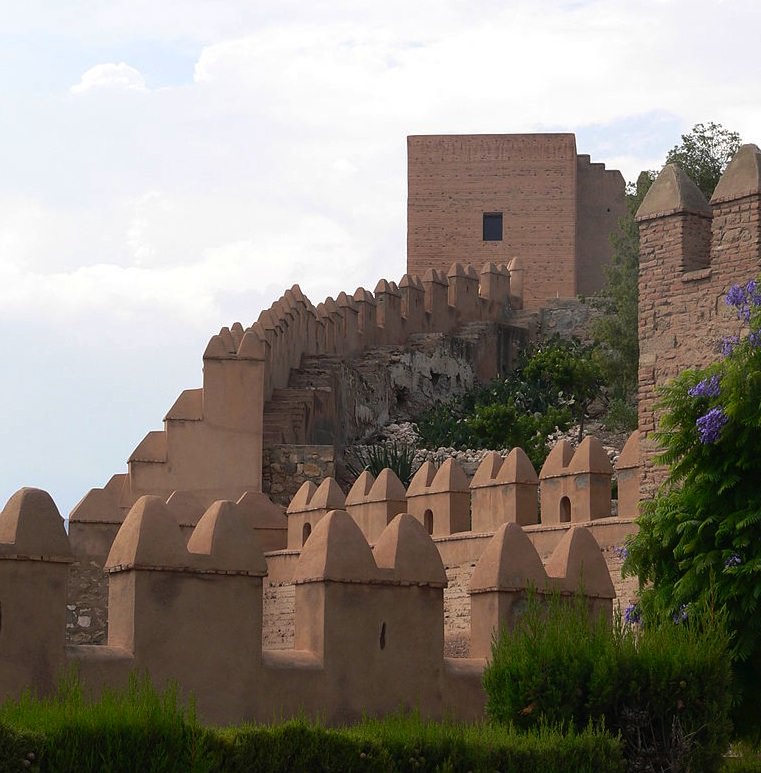 This 15th century castle was a stronghold for Juan Pacheco, the Marquis of Villena. Gothic in style, Belmonte Castle features a hexagonal ground plan. It is located in Cuenca, Central Spain. 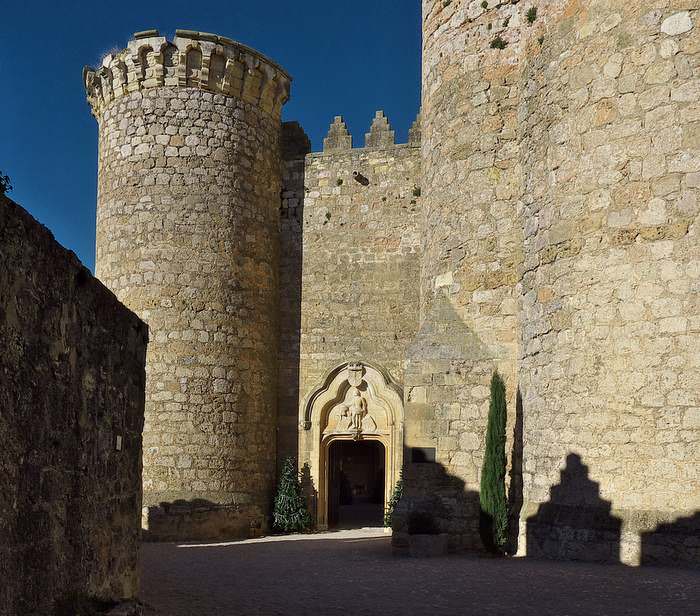 Penafiel Castle overlooks the Duero Valley of Central Spain. Though the site was used as a stronghold as early as the 10th century, the current castle was built in the 15th century. 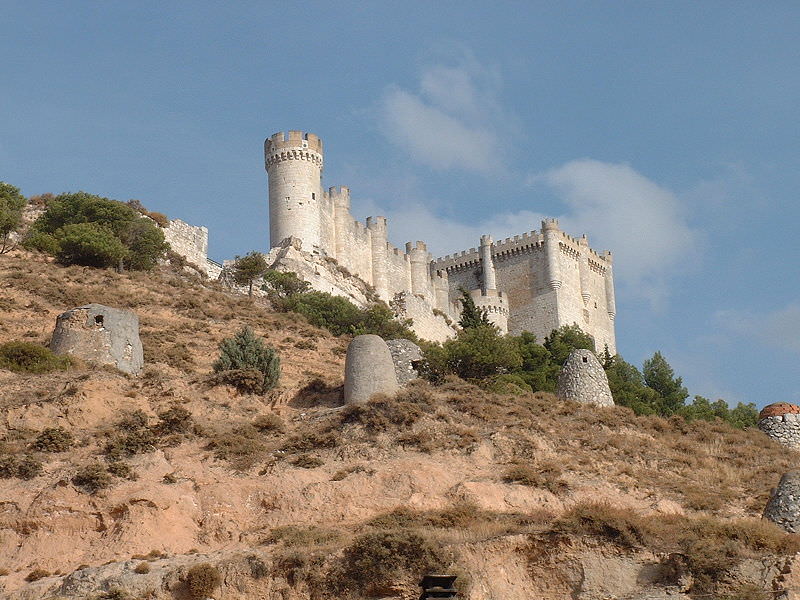 Coca Castle, an enormous 15th century castle in Central Spain was built for the wealthy Fonseca family. Though it has been used more as a palace than a fortification, it exhibits classic Mudejar military design. Today, it is home to a forestry school and displays a fine collection of Romanesque woodcarvings. 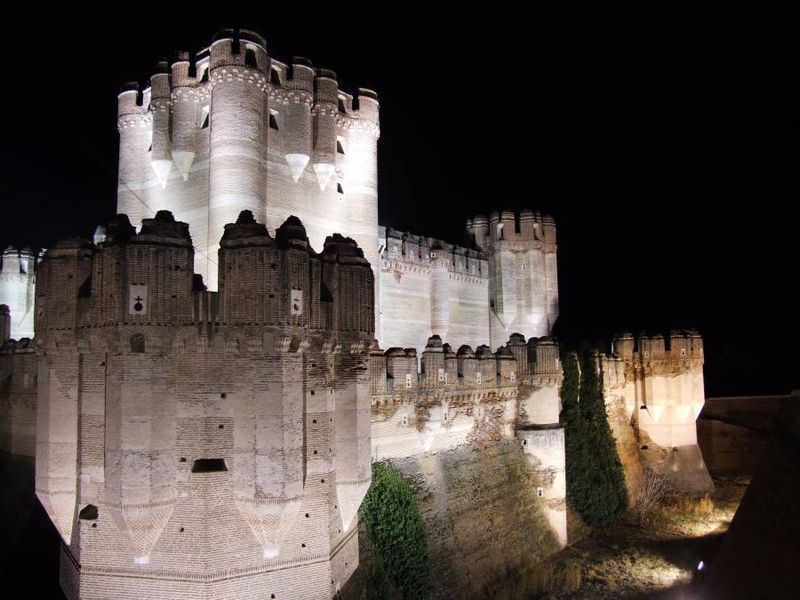 Built between the 8th and 11th centuries, Alcazaba de Màlaga was built into the city ramparts at Malaga. The architecture reflects Moorish influence, and the castle currently houses a fine collection of Phoenician, Roman, and Moorish artifacts. It is located in Southern Spain.

Sitting atop a rocky spur between two rivers, Segovia Castle, with its turrets and crenelations, looks like the quintessential fairytale castle. It includes a series of impressively decorated halls, as well as a museum of weaponry. It is located in Central Spain. 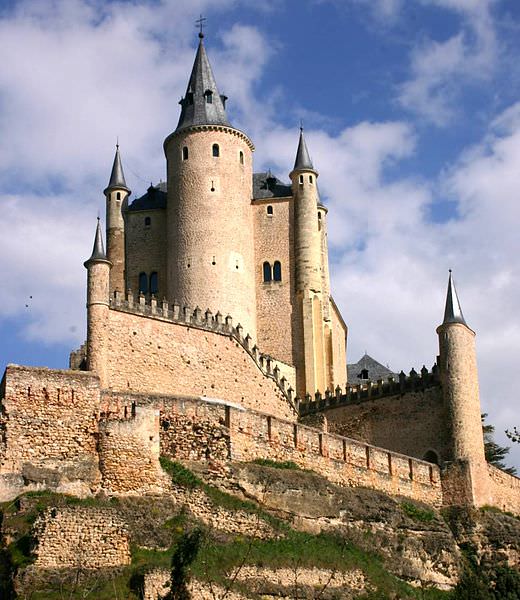 No matter where you go on your travels in Spain, you can enjoy the historical and magical castles that are the soul of this enchanting country.

You should go to Olite, Navarra :)

The Alahambra is magnificent and I only went after two architect friends said I must. Going early is best when it is cool and you can avoid the 8,000 tourists that visit during the tourist season, spring and fall. Granada is more than the Alhambra: great tapas, friendly people, good shopping for pottery.

A very good article, but I'd just like to point out that 'castillo' is Spanish for castle, while 'alcazaba' is actually its Moorish equivalent.

Sorry to be so pedantic!

I have visited the Alhambra and the Aljaferia and also know the Alcazaba in MÃ¡laga very well.

The Alhambra is simply breathtaking: I recommend spending at least a day leisurely walking around this wonderful example of Moorish architecture. Washington Irving's book "Tales of the Alhambra" (Cuentos de la Alhambra) is worth taking with you for an historical picture while you're there. The Alhambra really has a fascinating history.

The Aljaferia, while much smaller than the Alhambra, is another fine example and has improved for tourists in recent years due to good work and investment from the Government of Aragon.

I have a particular soft spot for the Alcazaba due to having lived in MÃ¡laga for some time a few years back. As you walk upwards alongside the Alcazaba, there are some staggering views over the city, which get even better when you actually enter the Alcazaba itself.