Montpellier, the capital of Languedoc Roussillon is one of those cities you may never heard of, but once you visit, will never forget. I spent a few days in Montpellier and have been trying to find my way back ever since. It seems to be a perfect sized city; it has everything you need, but you are not overwhelmed. I like the ancient streets lined with trees and lovely architecture, and I love the vibe of this college town with its abundant cafes and parks. 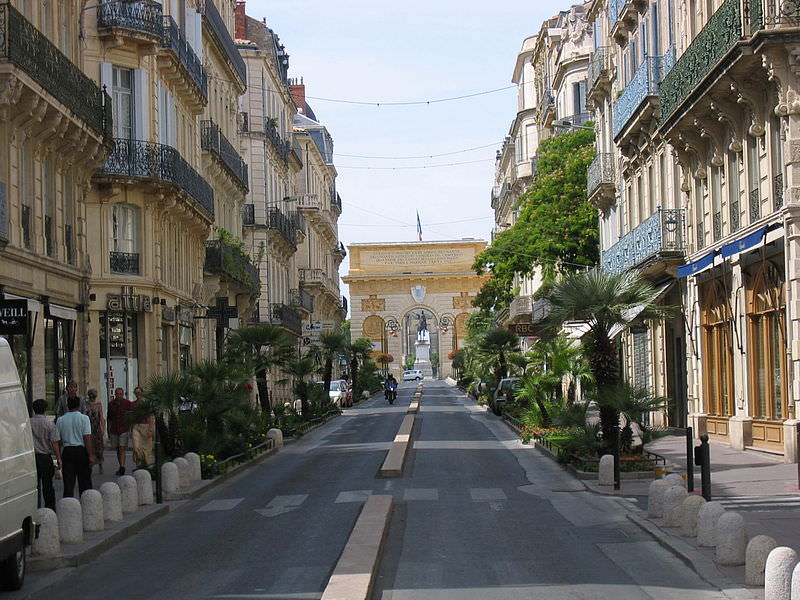 Montpellier has everything that tourists look for in a city : historical heritage combined with modern architecture, world class festivals, exceptional gastronomy, a devotion to fine wines, and much more… all in a city that borders the Mediterranean.

Montpellier is less than 3 hours from Barcelona and Italy, and just minutes from the Mediterranean. Easily accessible by train – just 3hrs and 15min from Paris by TGV high speed train or by plane – the modern Montpellier Méditerranée International Airport, Montpellier is the ideal starting point from which you can discover the Camargue and the Cévennes, as well as some of the world’s most prestigious heritage sites, such as Pont du Gard, Nimes, and Carcassonne.

What to See and Do in Montpellier 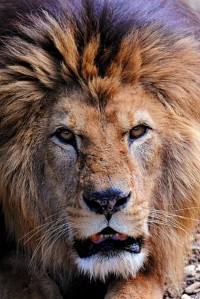 Inside the Odysseum leisure complex, you will find the Mare Nostrum, one of Europe’s largest aquariums.  Aquatic nature scenes from around the world share their secrets in 15 exhibits: from sub-marine beaches to lagoons, from the Mediterranean sea to the polar circle, with visits to the China Sea and a tropical rainforest. At the heart of the Odysseum district, Mare Nostrum is part of a vast education and entertainment complex that already hosts a multiplex cinema, ice skating rink, planetarium, and theme restaurants. 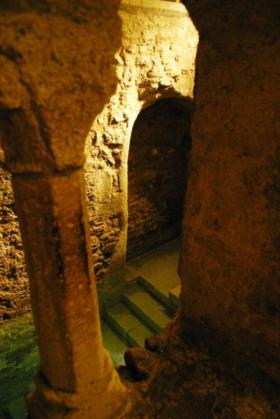 The medieval mikve is a ceremonial Jewish bath dating from the 13th Century. Situated in the heart of what was once the Jewish quarter, the bath is now one of the best-preserved mikves in Europe. This veritable architectural and historical gem is one of the highlights of the Tourist Office’s guided tours.

The Peyrou -the royal square-
The Peyrou esplanade with its panoramic view, towering statue of Louis XIV, Arc de Triomphe, water tower, and the ancient arches of a Roman aqueduct, Les Arceaux.

Saint-Pierre Cathedral
A former Benedictine chapel built in 1364 inside the urban precinct known as the Commune Clôture at the request of Pope Urbain V. St. Pierre became a cathedral in 1536 when the diocese of Maguelone was transferred to Montpellier under King François I.

The Botanical Garden
The Jardin des plantes is the oldest in France and one of the oldest in Europe. It was created by order of Henri IV in 1593 for Pierre Richer de Belleval (1564-1632). At the time it served as a model for designing all the botanical gardens in France, including the one in Paris 40 years later. The garden is classified as a Historical Monument and Protected Site. 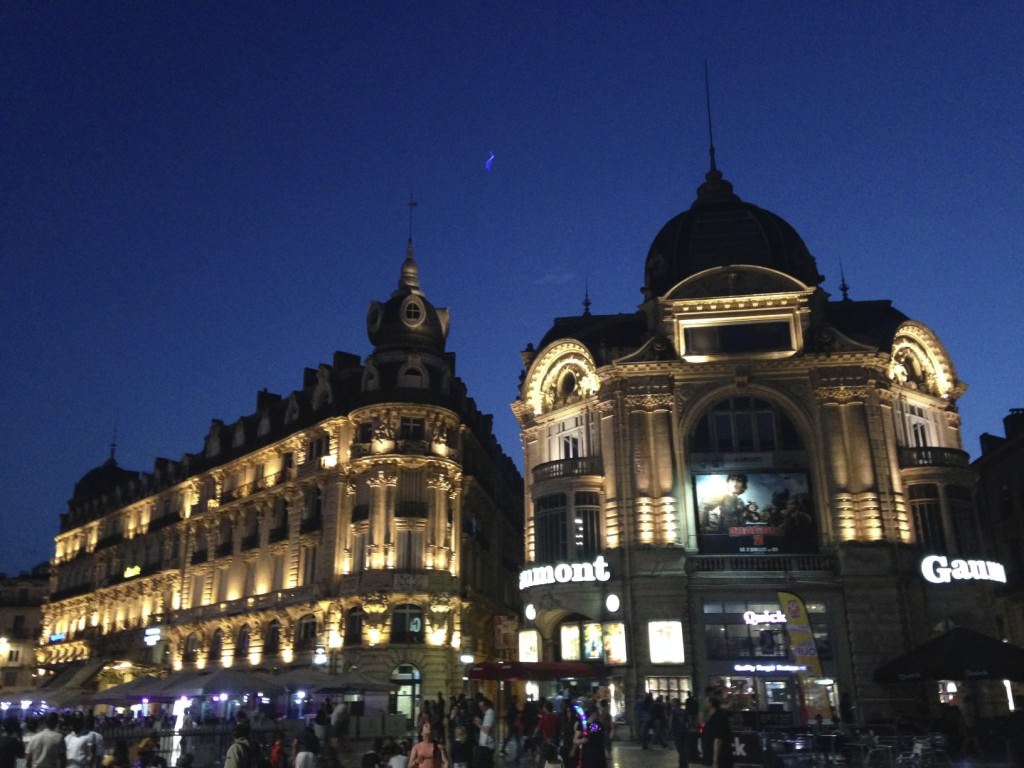 Montpellier’s central square. Also known as l’OEuf (the Egg) because of its original oval shape, it is one of the largest pedestrian areas in Europe. Standing proud in the center is the statue of the Three Graces, Montpellier’s emblematic goddesses. All around you’ll see street artists, people on the move, and others taking a leisurely break at one of the many outside cafés.

The Triumphal Arch
At the end of the 17th century, this triumphal arch, a copy of the gates of Paris, was erected in honour of Louis XIV. Designed by the architect François d’Orbay, a pupil of Mansart, this Arc de Triomphe was built on the site of one of the gates of the city’s old ramparts. Of particular note are the medallions, the low relief and the attica (summit) tinted in ochre and yellow, plus the royal crest which has been restored to its former Franceblue colour.

Musee Fabre
One of the largest museums in France, the Musee Fabre holds Flemish, Dutch, Italian, Spanish and French collections. Painters of the great European schools of the 16th to the 18th centuries (Zurbaran, Reynolds, Tenier, Veronese…) and of the French schools (Greuze, Ingres, Delacroix, Courbet, Bazille…), ceramics and sculptures, contemporary paintings are all represented.
39 boulevard Bonne Nouvelle
Tel: 04 67 14 83 00 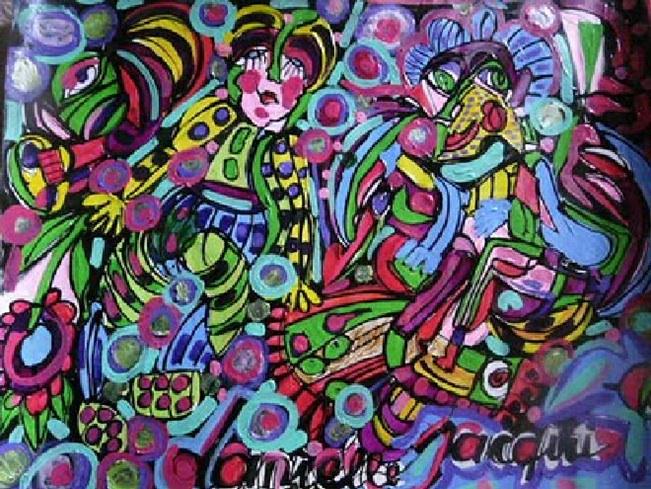 Musée Hofer-Bury (Lavérune)
A museum of modern and contemporary art, it bears the name of the art lover who donated the collection to the commune. The museum devotes a lot of space to regional artists. One room is devoted to the Chinese painter, Wang-Wei-Xin. This cultural space is located on the 1st floor of the Château de Lavérune, the former home of the Bishops of Montpellier (an edifice built in the 17th and 18th centuries).
Château de Lavérune
34880 LAVERUNE
Tel: 04 99 51 20 25 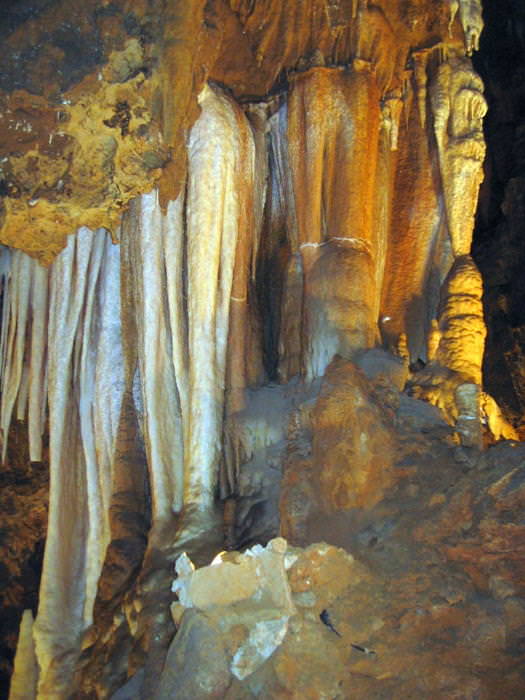 constitutes an ensemble of rare harmony. Surrounded by stone vertiginous cliffs to which thyme, oak and pine cling, this narrow town is steeped in history and mysterious beauty.

The Cave of Clamouse
Clamouse is one of the most beautiful tourist-accessible caverns, not only in France but in the world. Discovered more than 50 years ago and despite the extreme fragility of its crystallisations, Clamouse maintains an integrity and an extraordinary freshness, despite ease of access on the edge of the road and the touristy environment of Saint-Guilhem-le-Désert.

Aniane
Jutting from the Hérault Gorges, sheltered by neighboring hills, the village of Aniane has grown in the heart of a verdant and bountiful plain, between sun-kissed vines and olive trees. The foundation of a monastery in 782, by Saint-Benoit of Aniane, confers on this agricultural market town a history of great importance.

Saint-Jean-de-Fos
This village developed, in particular, with the construction of the Pont du Diable (1030), giving rise to the birth of the ‘circulade’ (buildings in a circle) around the church. Saint-Jean-de-Fos was protected by ramparts in 1162 (then called 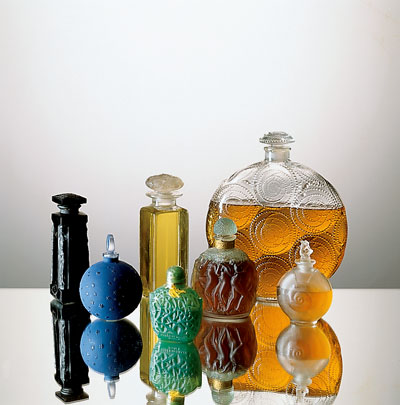 Saint-Jean-de-Fortis). The inhabitants were mainly crop farmers (fields, vines, olive groves) and pastoral (goats and sheep).In the 1400s artisans developed a pottery specialty that was famous throughout southwest France. Recently new artisans have revived the skill and the pottery of this town is once again famous.

Get a Montpellier City Card so you can take full advantage of the numerous ways of exploring Montpellier and the surrounding area. With 24, 48 or 72-hour formulas for children and adults, this fixed price discovery ticket includes:
– free admission and discounts to several cultural and tourist sites in Montpellier’s surrounding area
– free access to public transportation

Our Favorite Hotels in Montpellier 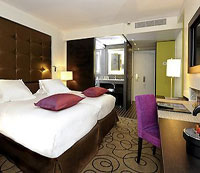 Hotel D’Aragon 3-Star
The Hotel d’Aragon is an elegant French hotel. Situated in the heart of Montpellier. Expect to be spoiled by the rooms and service at this non-smoking hotel.
10 Rue Baudin
Average Price: €134

The Hotel des Arceaux invites you to discover the warm environment of an old, charming house with a lovely inside garden. This property is the ideal base for business and leisure travellers alike. A high quality service and a friendly staff will ensure you a very pleasant and restful stay. Pets are welcome in the property.
33-35, boulevard des Arceaux
Average Price: €75

Hotel du Parc 2-Star
19 Rooms
A former Languedocian manor, the family of Count Vivier de Châtelard lived in this manor. When it became a hotel de charme, it was restored with exquisite taste. Each room has its own personality and all of the rooms are equipped with telephone, television, mini-bar, free Wi-Fi, bathroom with blow-dryer and shower or bath.
8, rue Achille Bégé
Tel: 04 67 41 16 49
Average Price: € 68

This city has so much historical buildings and other interesting edifices to explore, i think it's amazing.