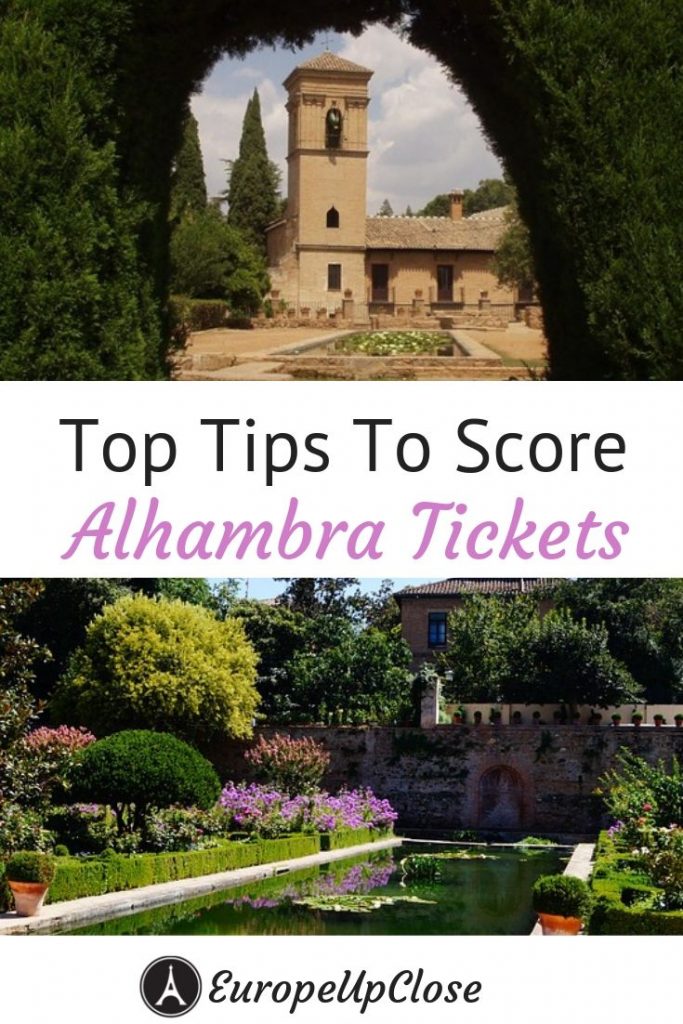 The Alhambra Palace must be one of the most-visited World Heritage sites in the world if the ticket lines are any indication, but it is definitely the most popular tourist destination in Granada Spain. This extensive fortress complex is an inimitable bastion of history, showcasing not just the grandeur and creativity of past generations but also preserving their beliefs and ideas in a striking fashion. Construction began in the 13th century and continued through the millennium until the fortress extended to its current size of 35 acres. 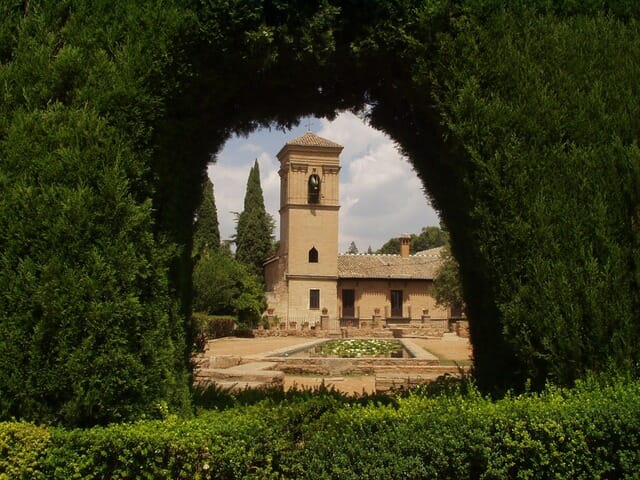 Alhambra from its gardens

Despite being such a popular location, though, securing tickets to visit Alhambra isn’t as straightforward as one would expect. There are all sorts of decisions to make, added to the fact that the complex is not a free for all for anyone who has a ticket.

In fact, only around 400 people are allowed every half hour! In this post, I will detail everything you need to know not just to get in, but to avoid any possible roadblocks while doing so and walk you through the steps to buy the tickets, well actually book your tickets in advance. We recommend buying tickets

If you like taking chances (which isn’t really advisable here), you can buy tickets at the ticket office when you visit. These tend to sell out easily, not to mention you’ll have to brave the long queues! 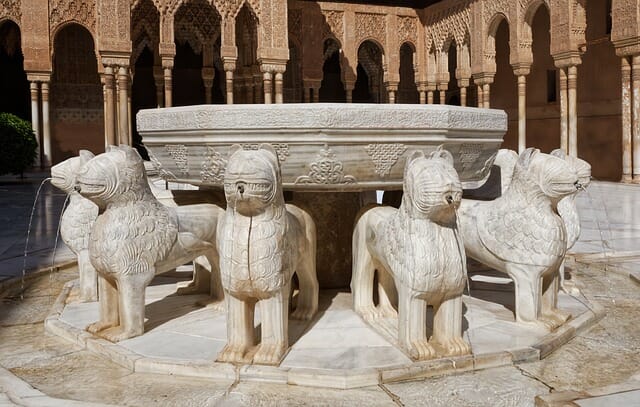 The wisest option for many. There’s an official sales website. There are also other sites that sell tickets plus value-added services. One such site is GetYourGuide, which includes guided tours, audio tracks, and more. And you can use your credit card!

You can also call the Alhambra ticket office to book tickets in advance.

The Granada Card is a city pass that includes an entrance to the Alhambra plus other tourist places in this part of Andalusia.

This is another city access pass that gives you access to the Alhambra. If you book an authorized accommodation for at least two nights. 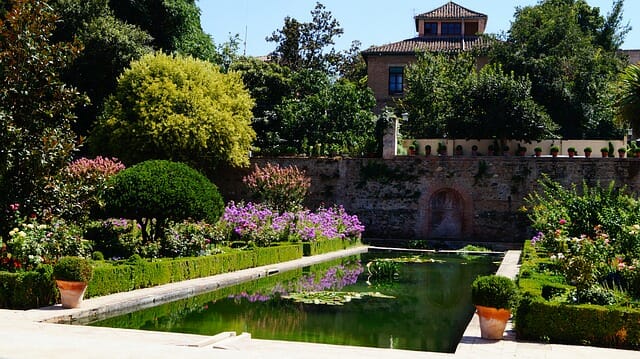 Aside from those online, you can also join guided tours on the ground. You will have to reserve early with these companies, though, to skip the line.

Six Tickets to the Alhambra Tours

To give you an idea of what you will be seeing or missing, the Alhambra is generally divided into three segments. The Alhambra complex itself, which is the meat of the fortress. There’s the Nasrid Palaces, where the sultans of old resided. The soldierly Alcazaba, which is Alhambra’s oldest section and contains formidable towers. In stark contrast to the Alcazaba is the Generalife, which is the luxurious summer residence of the Sultans.

This officially costs EUR 14, and is the most common entrance ticket you will find. It’s also the first one to run out! The General Entrance ticket gives the most complete experience, allowing access to the complex, the picturesque Nasrid Palaces, the Alcazaba, and the Generalife gardens.

This costs EUR 7, and is good if you just want to tour the beautiful Generalife palaces and gardens, the Alcazaba, and the Partal. This partial ticket also allows you flexibility, if you’ve already visited the Nasrid Palaces before (it’s not included in this tour). 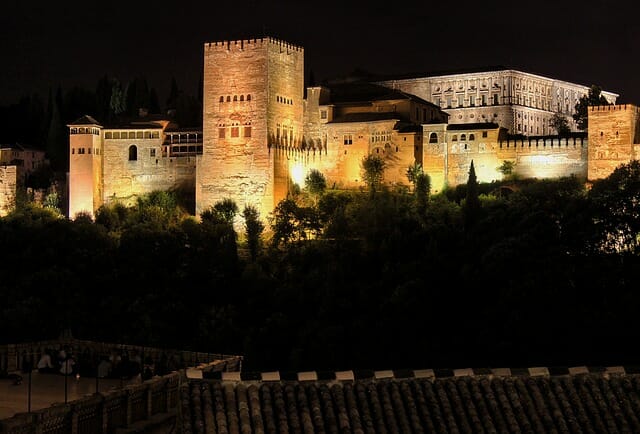 Does not include the Alcazaba and Generalife, but it gives you a different perspective into the grandeur of the Nasrid Palaces. This one costs EUR 8.

This one is just EUR 5, and is a good tandem with the Nasrid night visit. Unlike other tickets however, it does not, include a night visit to the Alcazaba. 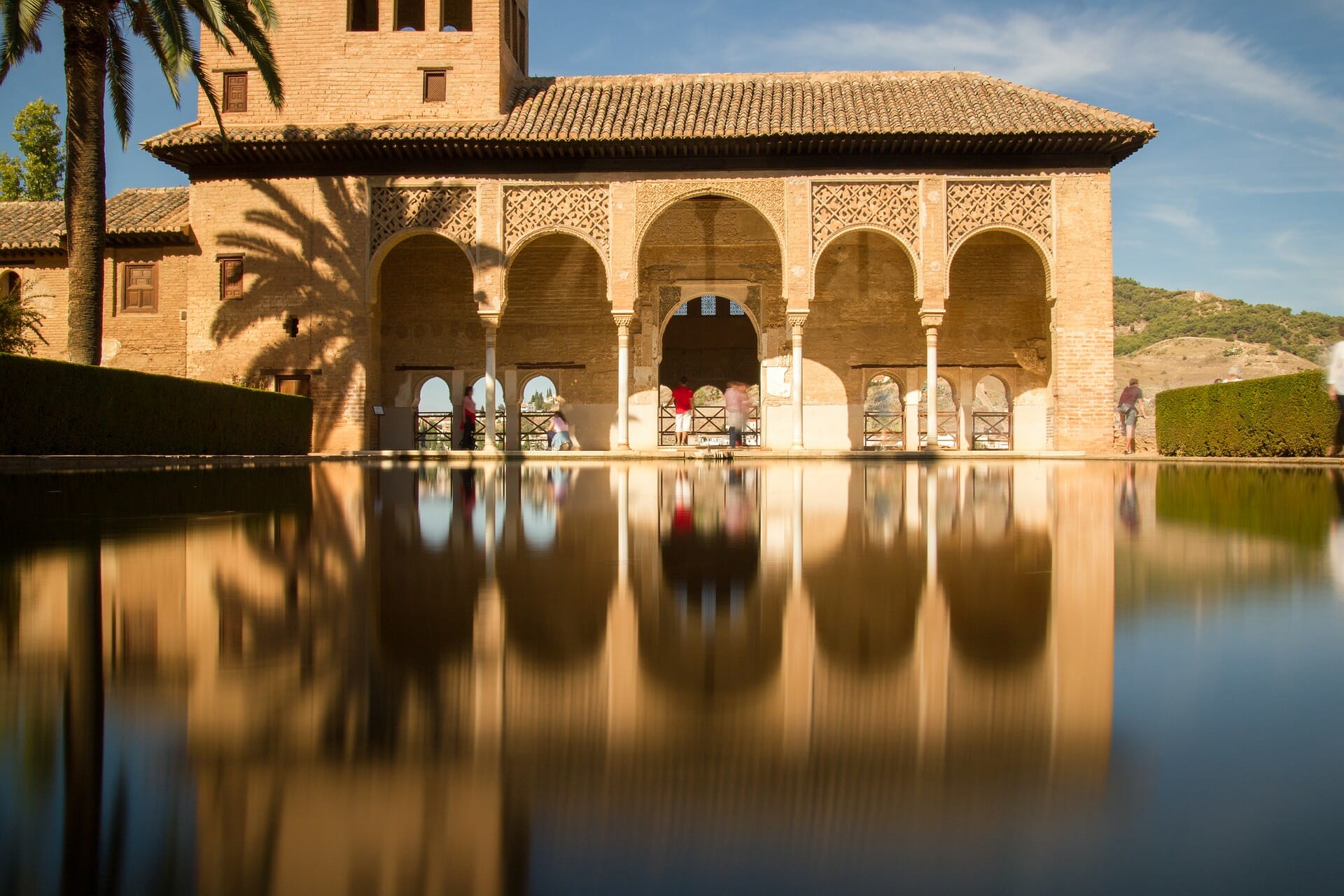 This is good for those who want to take in the Alhambra in two days. It costs EUR 14, and allows daytime access to the Generalife and Alcazaba on the first day. On the second day, you can take a night tour of the Nasrid Palaces. You cannot, however, visit the Nasrid during the daytime.

This one costs EUR 17, and includes not just all publicly open spaces in the Alhambra palaces but also the interesting Rodriguez-Acosta Foundation. The latter is a carmen, a traditional house, with terraces, gardens, and underground art galleries.

Alhambra is closed on December 25 & January 1.

Last entrance to visit the Nasrid Palaces is 1 hour before closing time and will be cleared after the time of closing.

Other Must-Know Tips To Visit Alhambra

1. The Alhambra tours are at a set date and time. These cannot be changed or adjusted for any reason. If you really cannot make it to the scheduled time slot allotted to you, the best alternative is to return the ticket and buy a new one (provided they’re still available). If you’re dealing with a travel agency, things can be a bit more flexible. In any case, buying the tickets online before you go is usually the best and cheapest option.

2. When tickets are sold out, and when travel agencies are fully-booked, the best alternative to get into the Alhambra is to get a Granada Card. These are more expensive, but they do come with a host of other features (free trips, entrance to other tourist spots). It’s rarer for them to be sold out! 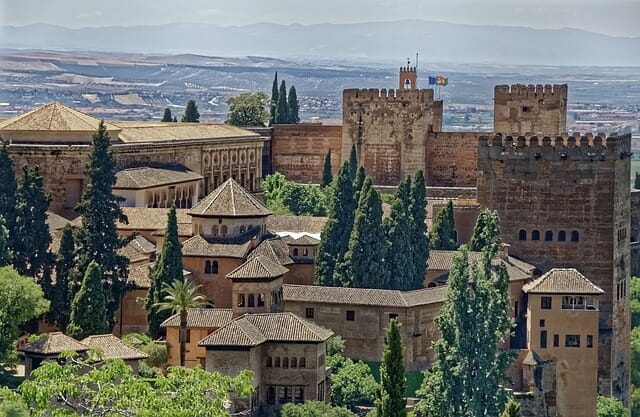 3. If you dislike crowds, evening visits are a godsend. Not only do much fewer people take night trips, but tickets are also much less likely to be sold out.

4. Just to highlight how impractical it is to try and get tickets on the spot. Aside from standing in a long line to buy Alhambra tickets, you also have to stand in line just to pick them up. That’s aside from having to stand in line to enter the Alhambra (by which time tickets would most likely already be sold out!).

6, Best time to visit the Alhambra is in the off-season, so in the fall, winter and early spring. During summer, especially during school holidays, it is often very crowded. Also, the night visits are less crowded than during the day.

The Alhambra is an experience you should not miss for the world, but it does take quite a bit of planning. Now, you have all you need to enjoy one of the most remarkable fortresses in the world without any hassle! 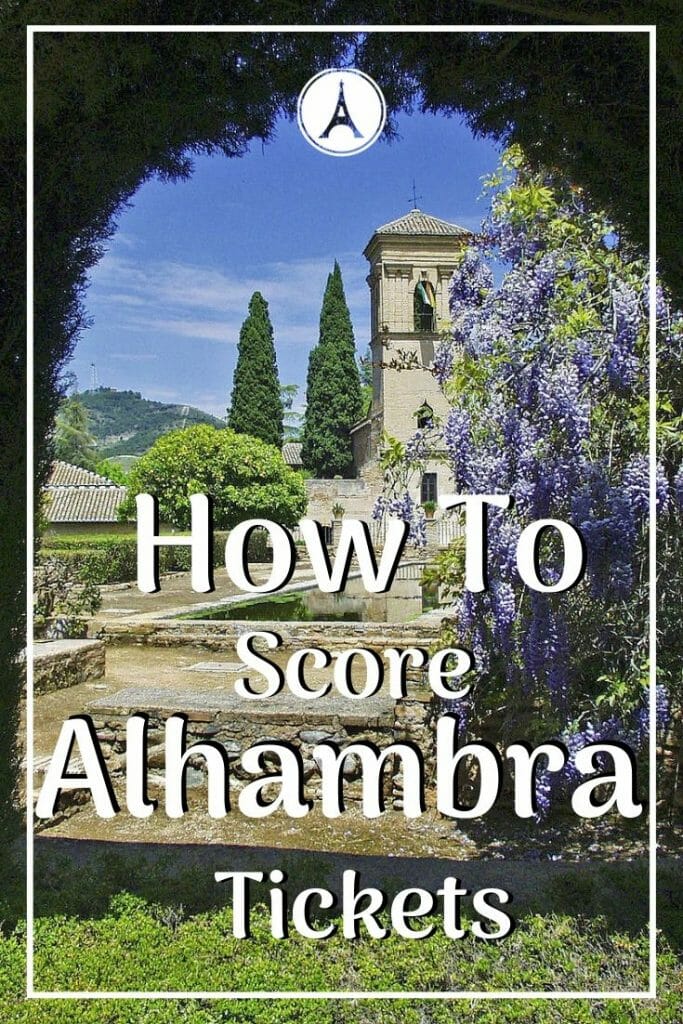