Visiting Stockholm for the First Time

Scandinavia: that little bit further up, that little bit more mysterious, that road slightly less travelled. For those who summon the gumption to venture north to more intemperate climes, Sweden is a must. Its rewards lay out in abundance: one of its chief selling points, its capital. There is just so much to do in Stockholm that you most likely won’t fit it into just one visit.  It’s often remarked that the best trips are the ones with which little expectation is placed. Such was the case on our maiden voyage to the Swedish capital.

While it is nice to take in a city without too many expectations, we recommend doing “some” research. Take a look at this comprehensive Guide To Stockholm – very helpful! 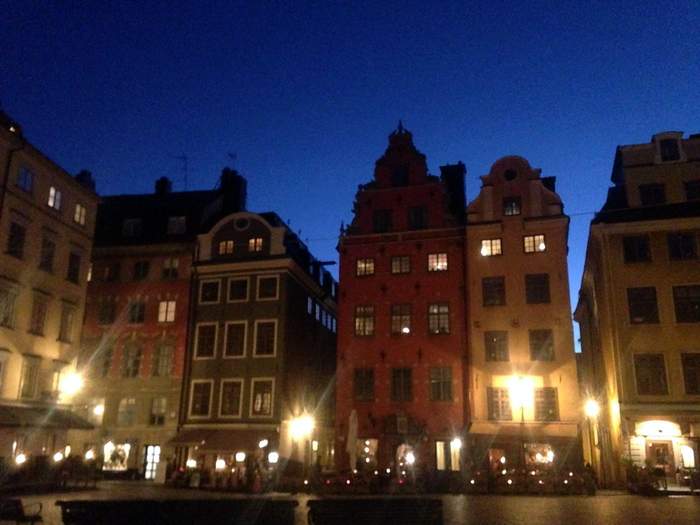 The iconic tenements of Stortoget square

Flying into Stockholm Arlanda on a bright, autumnal Tuesday proved a smooth experience. Situated an hour or so north of Stockholm Central, the airport enjoys easy connection to the city: either via fast train (15 minutes/400SEK), bus (Flybussarna/40 mins/100SEK), or the regular Pendeltag train, which we boarded for its slower, leisurely pace. It took us as far as Sodra station, while a 20 minute walk further south through the Sodermalm district brought us to the glossy Motel L, a budget, though very clean and comfortable option, just over the Skanstellbron bridge on Hammarby allé. Though a little outside of town, it proved a neat, and excellent value, spot. 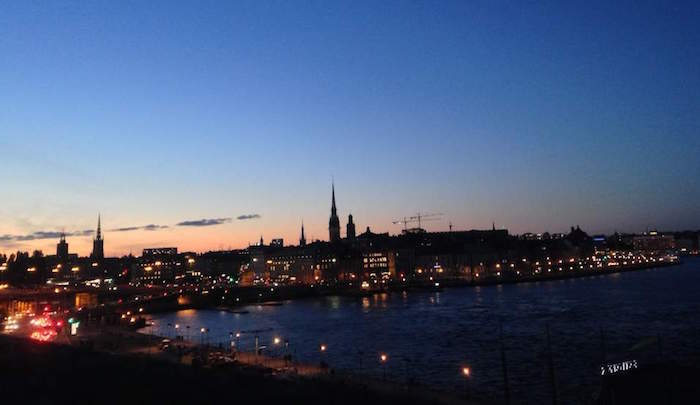 Dusky view of the old town from Sodermalm lookout

Stockholm is a city of islands (14 to be exact), interspersed and locked by the freshwater of Lake Mälaren and the salt of the Baltic Sea. The air here is crisp and bitey, a little artic; the chill had most definitely set in over Sweden in the days prior to our arrival, though the locals seemed nonchalant, knowing full well of the subzero onslaught to come. 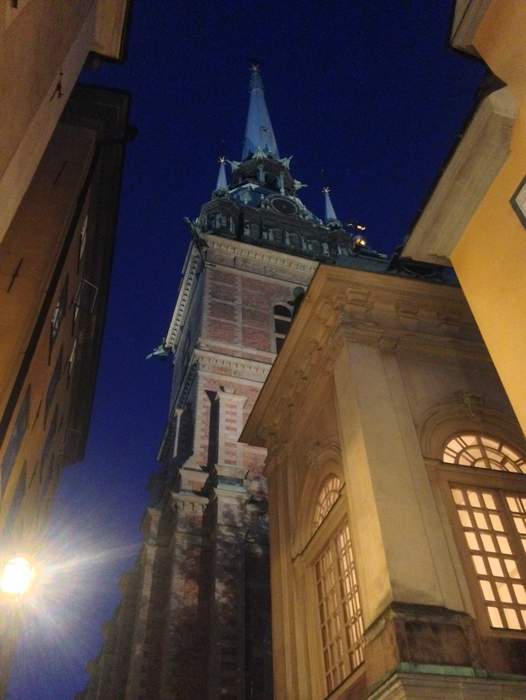 The spires of Gamla Stan

Strolling about the Gamla Stan old town at dusk was intoxicating. Here, on the central island of Standsholmen, archaic architecture with tulip spires, and cobbled lanes simmer. We stumbled on the part-time residence of the Swedish Royals: the lavish Royal Palace, with its formidable façade, guarded and dim lit in the gunmetal night. Peeking around the corner, the tall colourful tenements of Stortorget square, where the clamour of church bells transported us back 800 years. It goes a fair way back, Stockholm; 13th Century or thereabouts, yet this city’s modern sensibilities may render it far from a stuffy hub. This is a city on the move, humbly so, with world class attributes to boot (little wonder it ranked sixth on Monocle’s 2015 Quality of Life Survey). 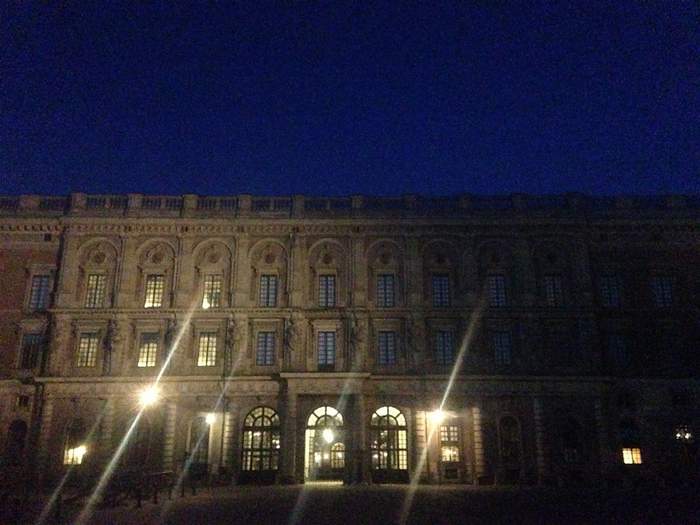 Main entrance of the Royal Palace

An undeniable selling point is the food scene: Stockholm is blessed with top restaurants, and an excellent range of bars and nightlife. We enjoyed a craft brew at Snotty’s in the Sodermalm neighbourhood, touted as Stockholm’s ‘hipster’ district, where retro boutiques, galleries and fresh creative scenes have popped up via the forces of gentrification in recent years. 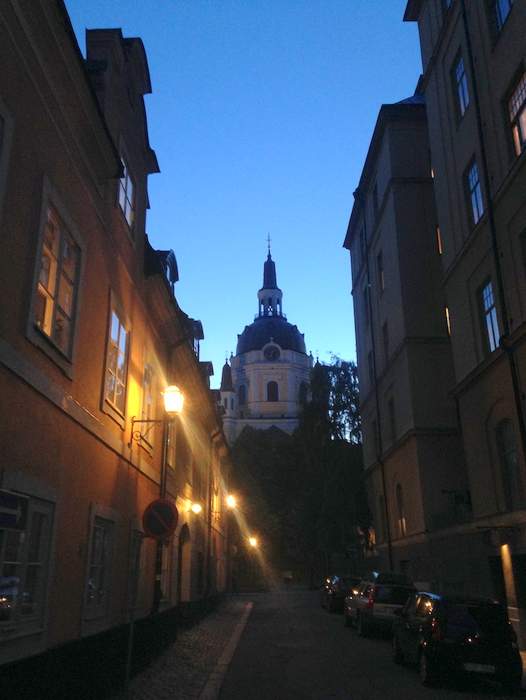 The burgers at Lily’s, an incongruous yet highly authentic American diner proved delicious (and its floorless bathroom something to write home about). For coffee and wine, we checked out the café at Hotel Rival, one of the more vibrant in the area, famous for its fine dining, weekend brunch and ownership by ABBA’s Benny Anderssen. 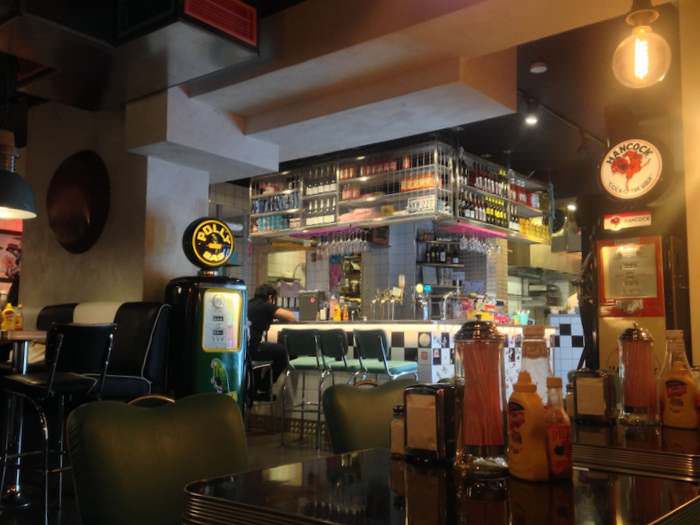 Highly recommended also is Ljundgrens, further up on the Gogatan strip, a slick cocktail bar with a minimalist Asian vibe. The sushi platter was delectable, the sake and wine not only delicious, but an excellent pre-emption against the chilly post-meal stroll back to the Motel L. 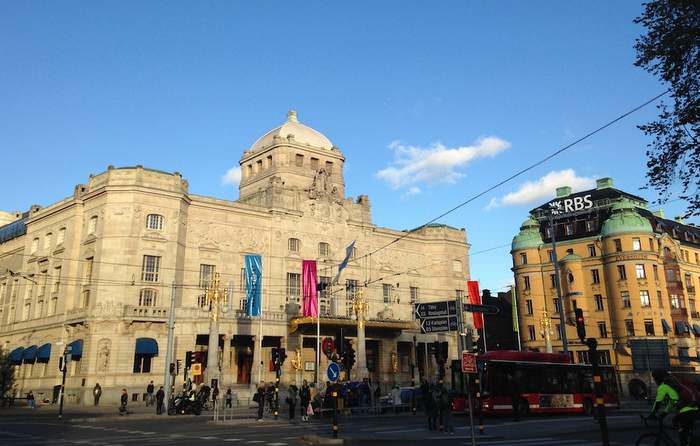 The trip wasn’t entirely gastronomy and gourmandising (much of it was). On day two, we took in the sights, beginning at the central Norrmalm district by the central station. Time on the wane, we couldn’t do justice to the affluent and seemingly very pretty Östermalm neighbourhood to the east, but we squeezed in a lazy trundle south to the historical island of Skeppsholmen, accessible on foot past the Grand Hôtel over the bridge. Traditionally the site of most of Stockholm’s military buildings, Skeppsholmen’s martial influence gives way today to premier art spaces, including the Museum of Modern Art, as well as the site of the Stockholm Jazz Festival. 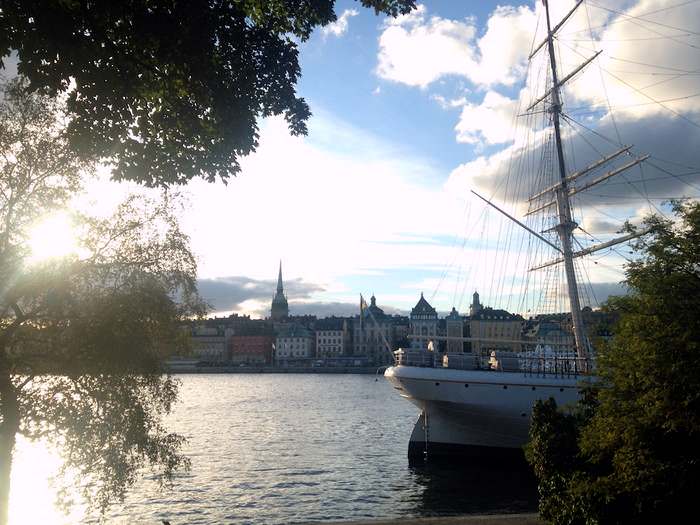 The shimmering water by the banks of Skeppsholmen

The day waning, the chill in inverse, we opted for a ferry ride back to Sodermalm to reward ourselves with fresh tasty delights after another day’s worth of arduous touristic meandering. Wind bristling our hair and faces on the outer deck, we peered across to Djurgarden island, where the hair-raising rollercoasters of Gröna Lund sat eerily dormant in winter’s close. 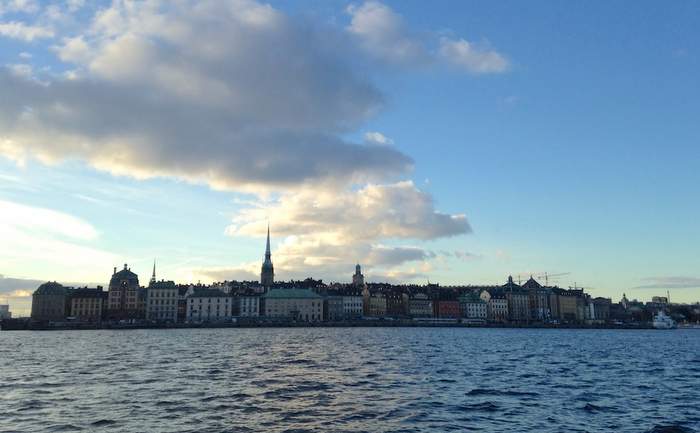 The Eastern waterfront from the ferry

As the boat steered towards the city’s heart on the calm harbor waters of Skeppsbron, the last of the October sun husked a golden reflection on the facades of centuries-old mariner buildings on the eastern waterfront. I breathed in fresh Stockholm air, possibly the cleanest in the world. And with it, the modest invigoration of a delightfully unexpected Swedish adventure.

Written by and photos by Cam Hassard, for EuropeUpClose.com

The city looks amazing from the water. Nice post!