With its miles of stunning coastline and rolling hills, it’s not surprising that an estimated 5 milllion tourists visit Britain’s most south westerly county each year. Along with the surfers, sunbathers and stag parties come thousands of ramblers to take advantage of the many beautiful walks in Cornwall. Twelve separate regions of Cornwall have been named as official ‘Areas of Outstanding Natural Beauty’ 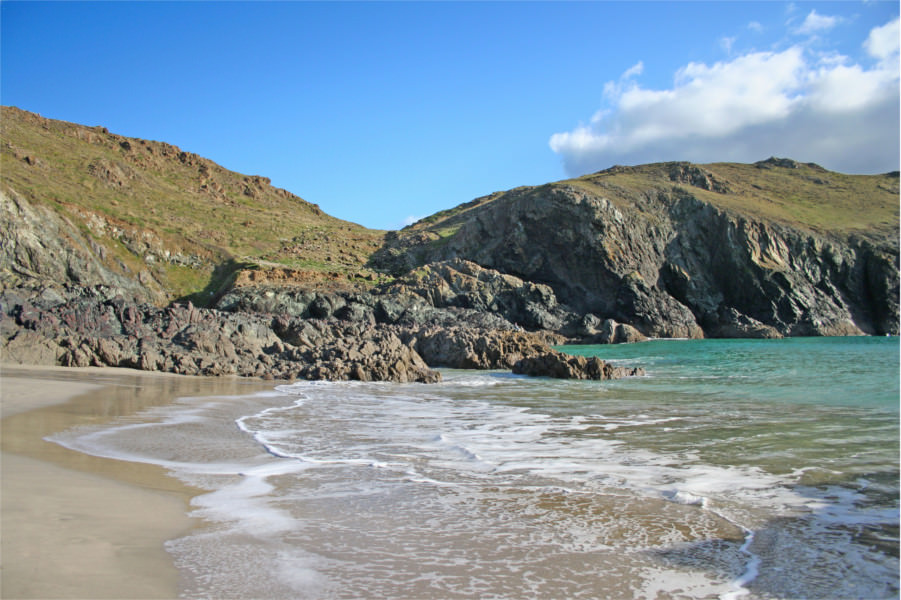 We’ve compiled a list of the top 5 walks in Cornwall which lead you through some the county’s most breathtaking scenery and beauty spots.

The Lizard peninsula, the most southerly point of mainland Britain, is a veritable haven for wildlife. If you’re lucky you’ll spot seals and basking sharks just offshore. In springtime the cliff tops are peppered with wild flowers, including sea campion, thrift and Cornish heath, which can’t be found anywhere else in the UK. 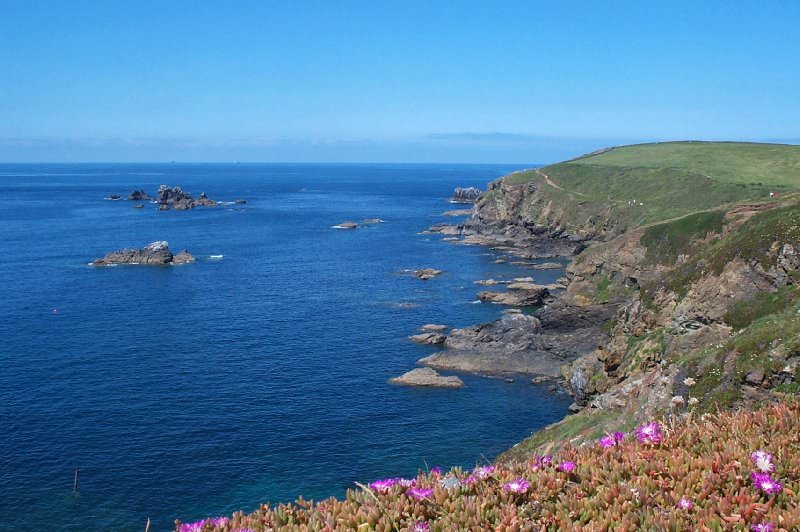 The circular walk from Kynance Cove takes in a varied landscape, from the dramatic cliffs above Pentreath beach to the Lion’s Den, a collapsed sea cave. There are stunning views from path, so be sure to take your camera!

The 11.7 mile route along the coast path follows the rocky cliffs beyond Portreath and offers fantastic views of golden coves and beaches along the way. This stretch of coast has a colourful history of shipwrecks and smuggling. The rocky cove of Ralph’s Cupboard was a favourite spot for concealing ill gotten gains.

A particular highlight is Godrevy Island and its octagonal lighthouse. The surrounding waters are a playground for grey seals and the area is also a popular haunt for seabirds. Guillemots and razorbills, among others, can be spotted from the North Cliffs.

This beautiful circular walk is just over 5 miles long. The trail begins in Lamorna Cove which is popular among artists and features in several Rosamund Pilchard books; a testament to its natural beauty. From Lamorna Cove a narrow path snakes tightly around the top of sloping cliffs, up and down through the beautiful nature reserve of Kemyel Crease to Mousehole. The tiny village is one of the country’s most picturesque, with its tangle of narrow streets, and cute houses clustered around a pretty harbour. 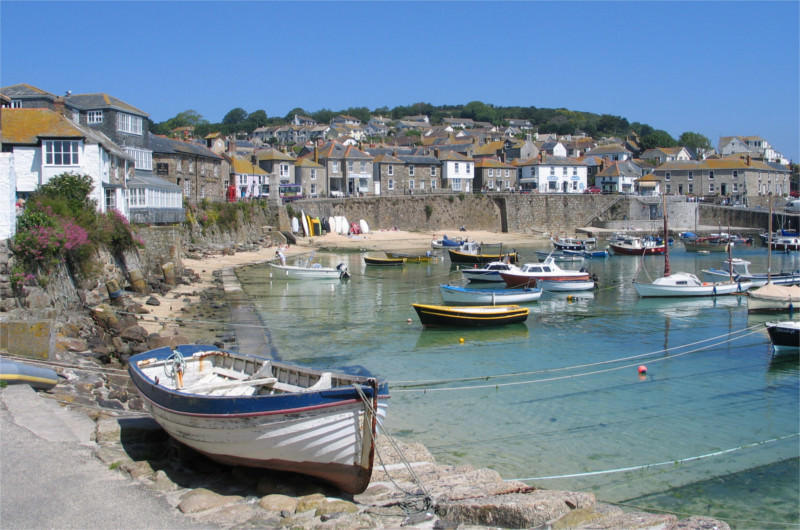 After lunch and a pint in a cosy pub, if you can bear to leave the charms of the village, you can take a slightly shorter inland route back to Lamorna.

A challenging 11 mile walk through valleys and along sheer cliffs, this trail will reward your efforts with spectacular views of the dramatic Cornish coastline. The area is of great historical and literary importance, featuring in the legends of King Arthur. 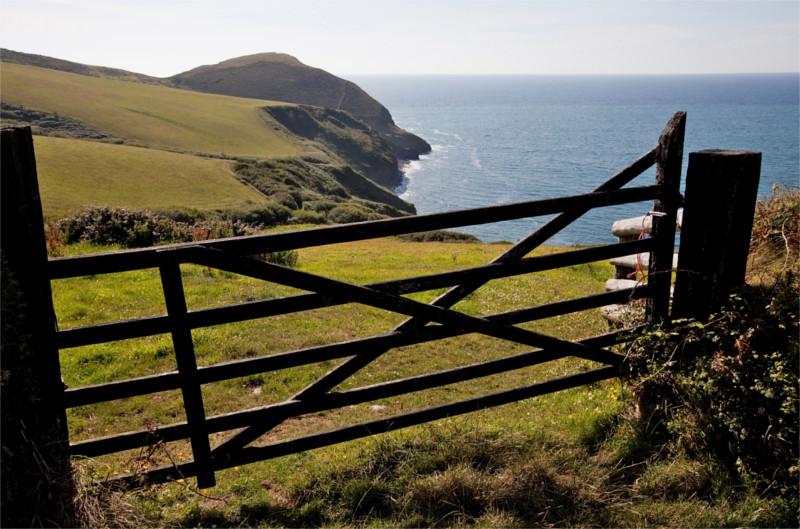 Cornwall’s highest cliff is found on this route and at 700ft it provides some absolutely awe inspiring views. Also on the trail is Boscastle, a pretty fishing village at the bottom of a valley, remembered for the horrific flash floods which hit in 2004. It is a terrific walk for bird watching, but make sure you pause while you watch as there are some very sheer drops.

For a shorter walk chock full of history and culture, this circular 3 mile cliff top jaunt is for you. Perfect for children and pooches, there are lots of interesting sights including legendary rock formations and Pedn Vounder Beach, a lovely spot for a picnic at low tide. 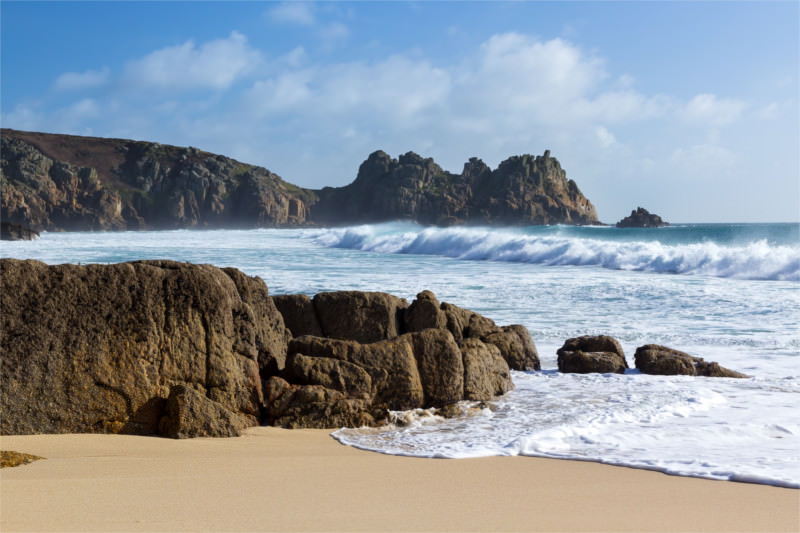 Porthcurno’s history stretches right back to the Iron Age when a cliff castle perched on the promontory. More recently, from the latter part of the 19th century, the town was the hub of Britain’s international communications by cable. Porthcurno is also the location of the Minac Theatre where open air plays can be watched in the summer against an incredible backdrop of dramatic cliffs.

For a perfect base from which to ramble the many beautiful coastal trails of the county, take a look at Stay In Cornwall’s holiday cottages in Cornwall.

This post is sponsored by Stay in Cornwall and written by guest Contributor, Clare Willcocks.

Clare Willcocks is a true South West girl; She grew up on the south coast and has never lived too far from the sea! After graduating from University with a degree in Modern Languages, she decided it was time to explore the world. Having satisfied the travelling bug she is now very happy to be living and working in the beautiful South West again. In her free time she loves drawing, painting and blogging about arts and crafts.