In 2014 Swansea, Wales is celebrating the centenary of the birth of one of the English languages most distinctive voices. The year-long celebration will honour the works and legacy of Dylan Thomas. My father was Welsh, and I have traveled frequently to Wales. I’ve been a fan of Welsh poet Dylan Thomas for years, but until this past summer I haven’t visited any of his haunts. Once several years ago, while in New York, I went to the pub where he downed his last shots of whiskey before collapsing on the sidewalk outside. He later died, November 1953. So this year I was determined to make a pilgrimage to as many Dylan Thomas places as I could during the short time I was in Wales. Unfortunately it proved impossible to find an actual tour, and my time was scarce, so I opted to hop the train from Cardiff to Swansea and check out as  many places as I could in a day trip. 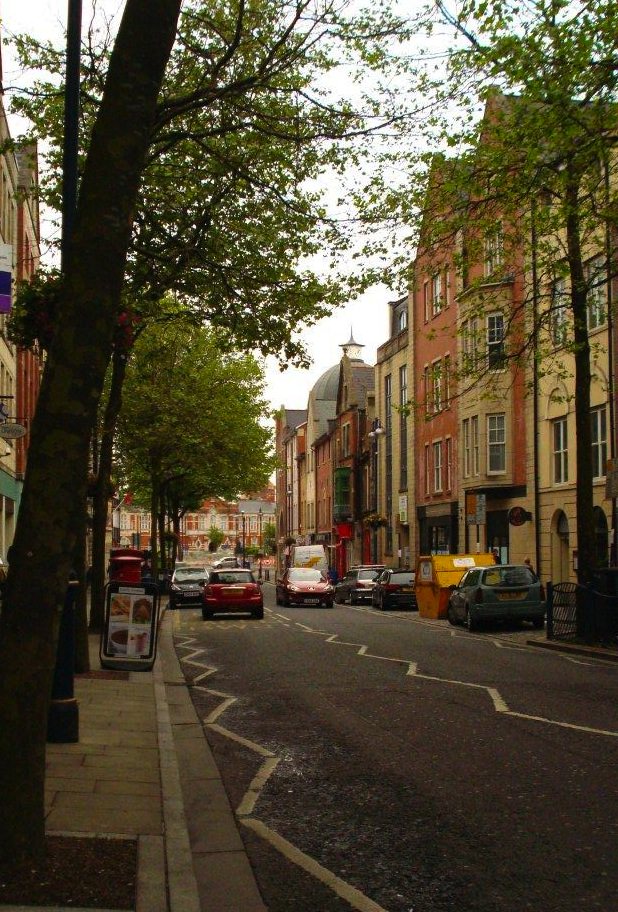 Swansea is only a short jaunt from Cardiff and from the main train station, with the help of a city map, I set off walking to the Dylan Thomas Centre. Along the way I passed the ruins of Swansea Castle. The original castle was founded in 1106 but all that remains now, hemmed in by modern buildings, are two sides of the new castle building from the late 13th century.  From there, I took a side trip off the main street to the Swansea Museum where there are displays including sports and cultural history. 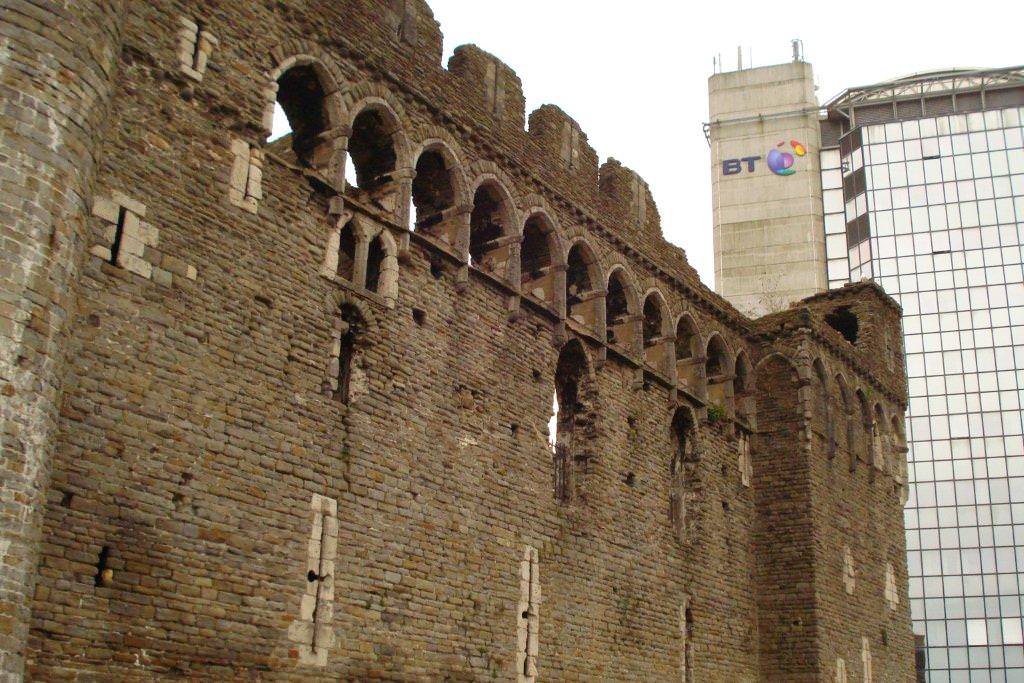 The Dylan Thomas Centre is housed in a beautiful Regency building in Swansea’s Maritime Quarter. The centre hosts many literary and art programs during the year and in 2014 it will be the focal point for a year’s worth of celebrations honoring the poet. 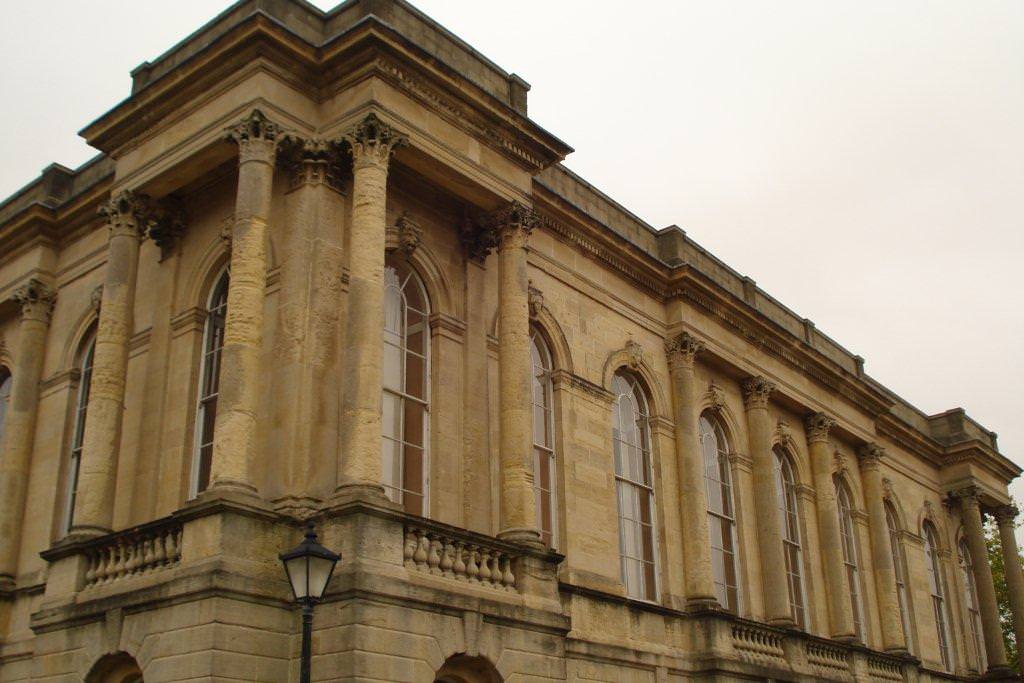 It was a thrill for me to wander the exhibits, all the while entertained by the rich Welsh tenor of Richard Burton reciting Thomas’s “Under Milk Wood”. The exhibits include bits of Dylan Thomas’ life including photos, hand-written notes and journals, news clips and other memorabilia.  The Swansea Bay area has produced many other world-famous cultural icons such as actors Richard Burton, Catherin Zeta-Jones, and Anthony Hopkins. Burton was a personal friend of Thomas and there is a special display honoring their friendship. 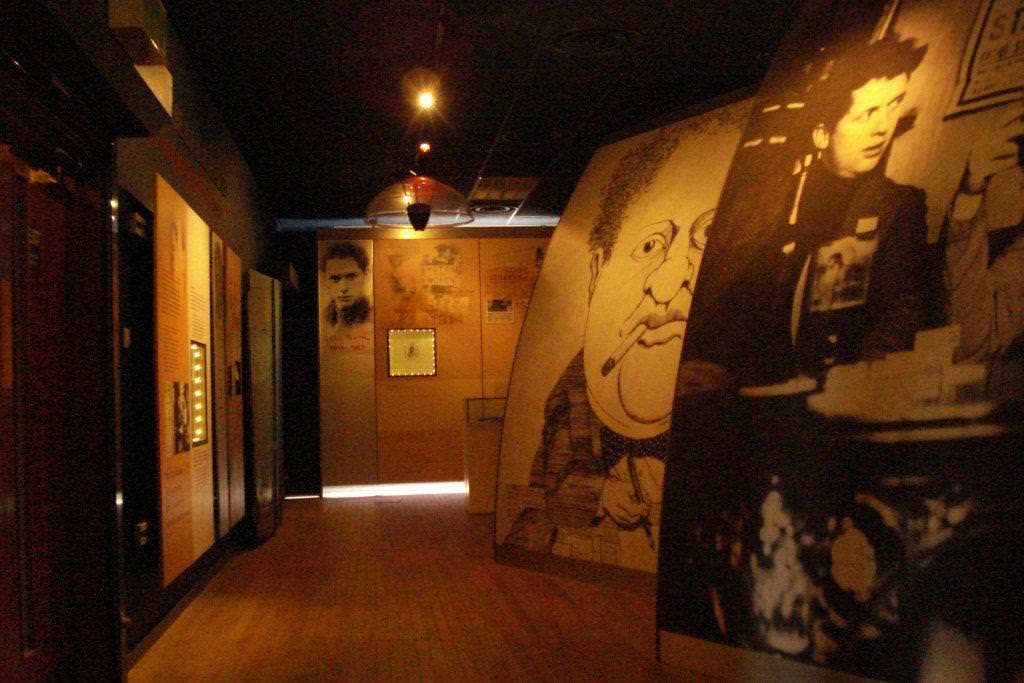 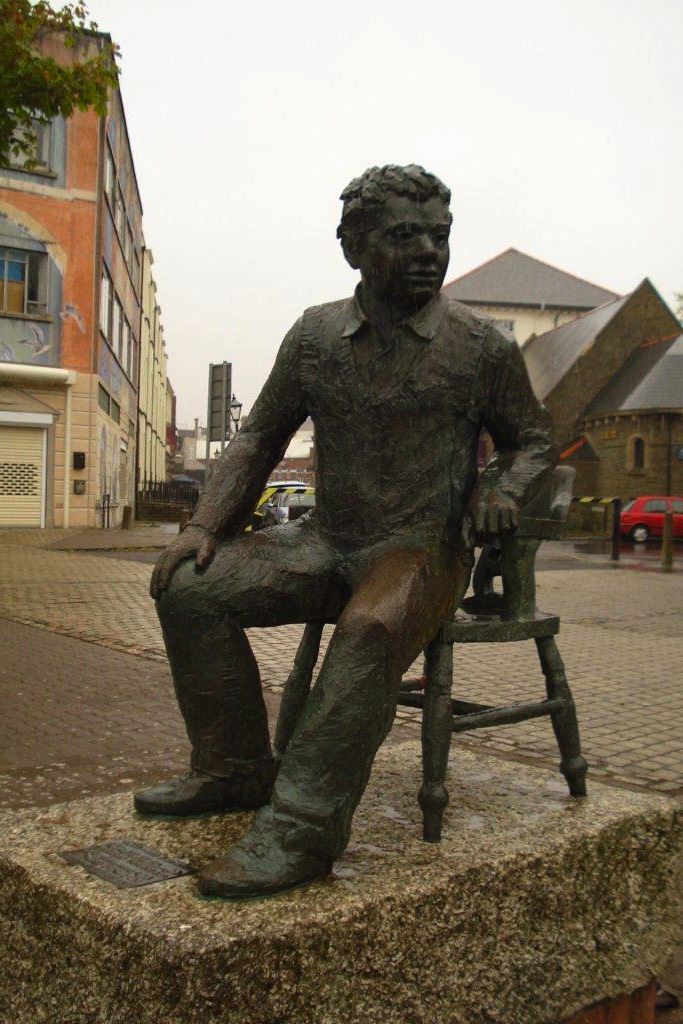 Dylan Thomas was born October 27, 1914. He began as a journalist at the age of sixteen but it was the publication of “Light breaks where no sun shines” in 1914 that caught the attention of the literary world. His works included “Under Milk Wood” and the popular “A Child’s Christmas in Wales” (I watch the movie every Christmas time.) 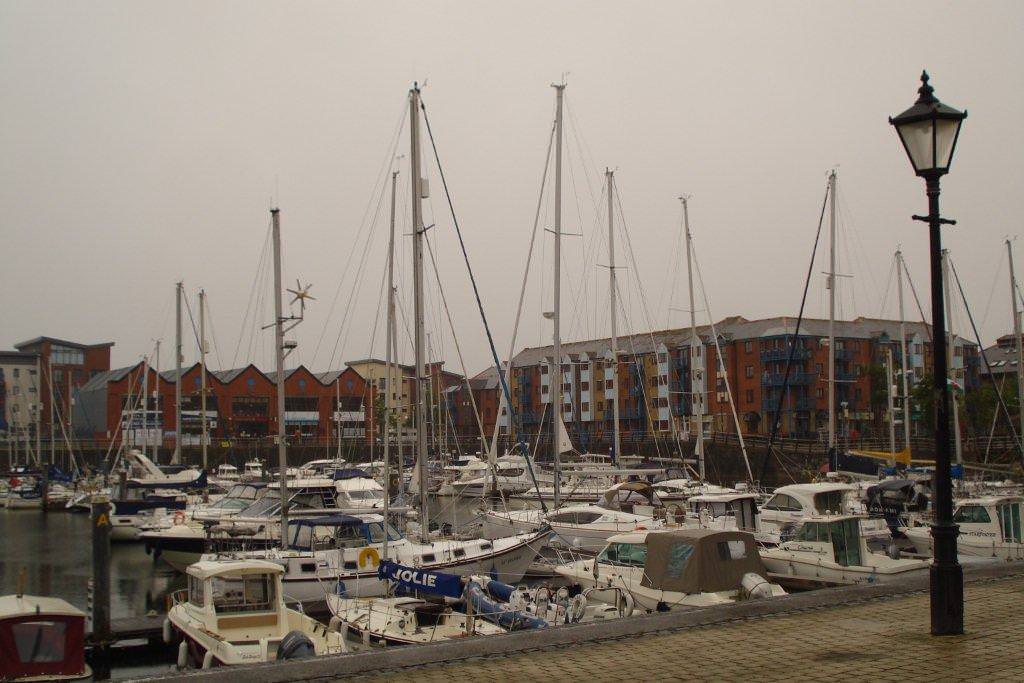 He married Caitlin Macnamara in 1937 but their relationship was turbulent  because of Dylan’s alcoholism. For some years the family lived in a rustic cabin called The Boat House in the Welsh fishing village of Laugharne. After his death in New York, Thomas’s body was returned to Wales. He is buried in the village church yard at Laugharne. It was my wish to visit the village but without transportation and lack of time I was unable to get to it.  Laugharne is definitely on my ‘to do’ list the next time I visit Wales. 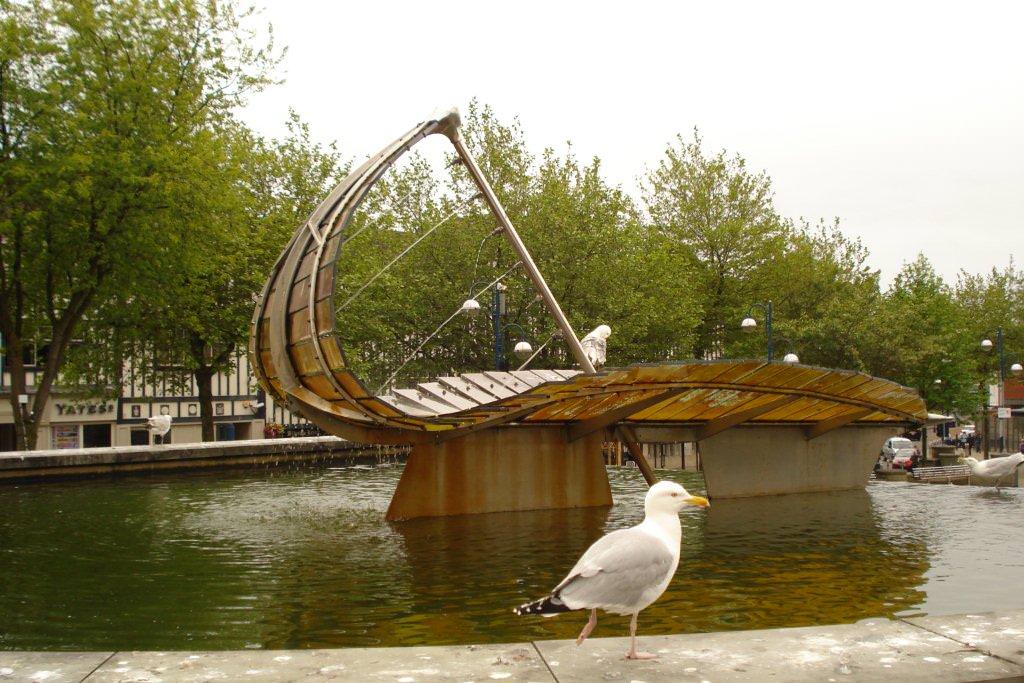 Dylan Thomas has been acknowledged as one of the most important Welsh poets of the 20th century. The celebration planned in his honour is sure to be an extravaganza of events including literary presentations of his renowned work.  Besides events at the Dylan Thomas Centre and theatre, there will be tours around town to his favorite pubs and the home where he lived as a youth. 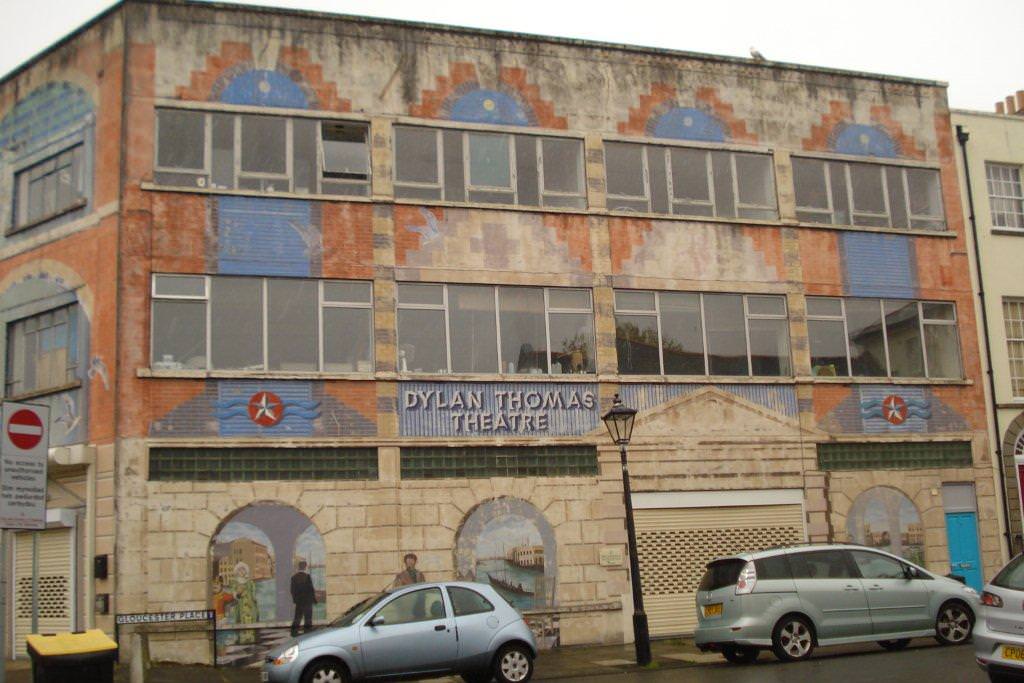 The Swansea Bay area provides many attractions such as the Mumbles Pier, the old fishing village of Oystermouth and its castle and the scenic Gower Peninsula which has some of the best sandy beaches in the UK. If you visit, allow yourself several days to explore all these areas. My trip was for just one day and I regret not having the time to see everything that Swansea had to offer as well as the other sites related to Dylan Thomas.

[...] Kozak had two new stories published in EuropeUpClose.com: The Jewish Museum of Athens and Dylan Thomas’s Swansea. Ruth is excited to be invited to join another on-line travel ‘zine based in New Zealand and has [...]