According to Paulo Coelho, “a city is like a capricious woman: she takes time to be seduced and to reveal herself completely,” which is an apt springboard of thought for Spain’s capital city – and magnificent matriarch – Madrid. As far as European cities go – Madrid arguably has it all. Cosmopolitan, cultured and swimming in a sea of history unaltered by the tides of time, Madrid is a myriad of moments. The past is omnipresent and the future feels like a formidable force in a city of ever-changing scenes and split personalities. 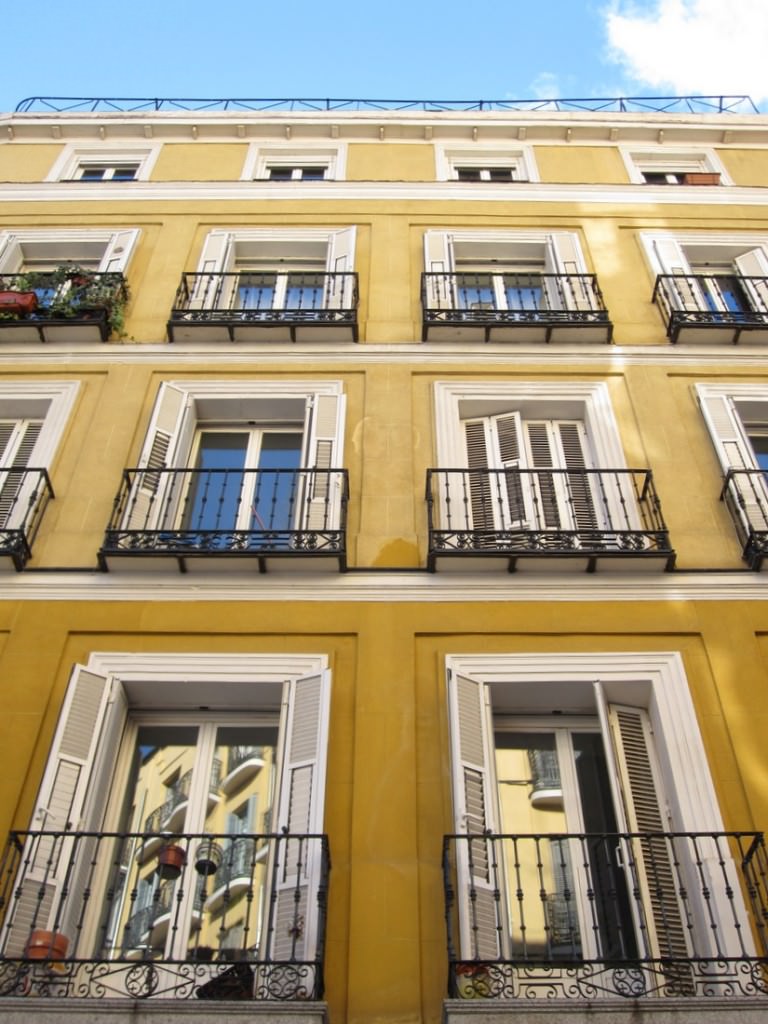 In just three days, I saw some of the best works of art the world has to offer, ate half my body weight in tapas, rowed a boat, attended a rock concert, shopped, drank, witnessed anti-austerity protests…and even spotted spider man. Armed with my trusty Michelin Guides, I had a bounty of indispensable information at my disposal to discover the ultimate must-sees and dos, while the city simultaneously spoke for itself, inviting my more intrepid side to whimsically wander the streets and see what was lurking between the lines. 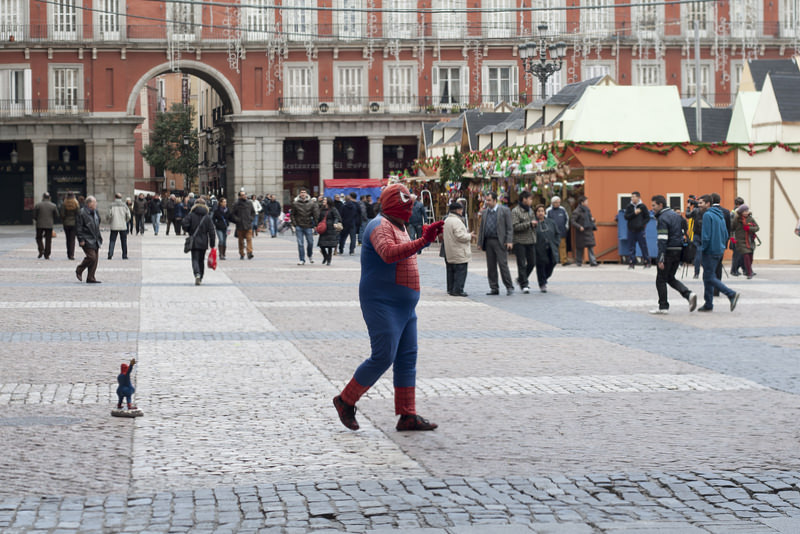 Day One: Art and Tapas

There’s a reason for recommendations. Because if you miss them – chances are – you’ll miss out. Time-limited and keen to tick at least a few boxes, I consulted The Michelin Green Guide to Spain, which reiterated my brother’s ultimate must-see: the museums. And not just any of the enticing dozens on offer – the lure of the Golden Triangle. Culture couldn’t be more convenient in Madrid as its centrally-located Avenue of Art is home to the big three: Museo del Prado, Museo Thyssen-Bornemisza and Centro de Arte Reina Sofia. 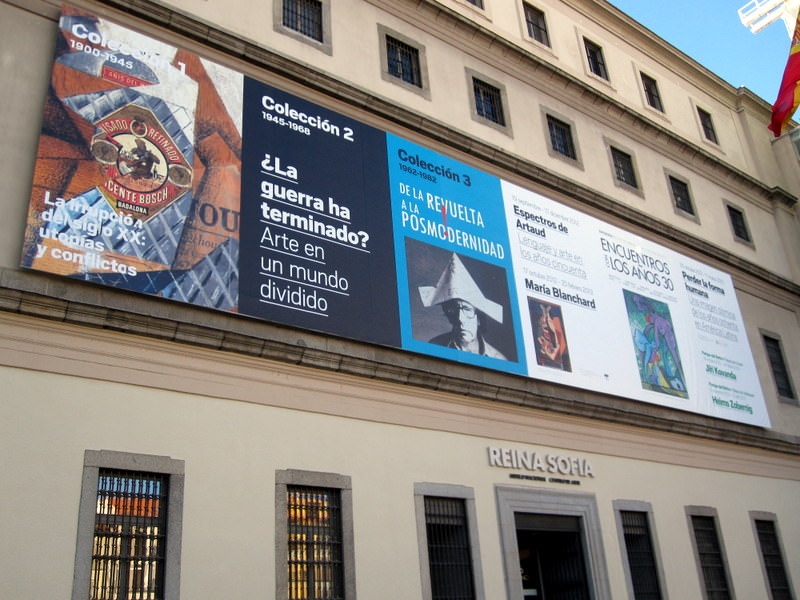 Finding our way on foot and in need of food, our unintended first stop was actually the park. The stunning Parque del Buen Retiro, to be exact, where an al fresco coffee and Spanish omelette sated my appetite as I gazed at the sun-filled Estanque lake and its impressive Monumento a Alfonso XII, which prompted an impromptu rowing session that felt both old-school romantic and childishly fun. 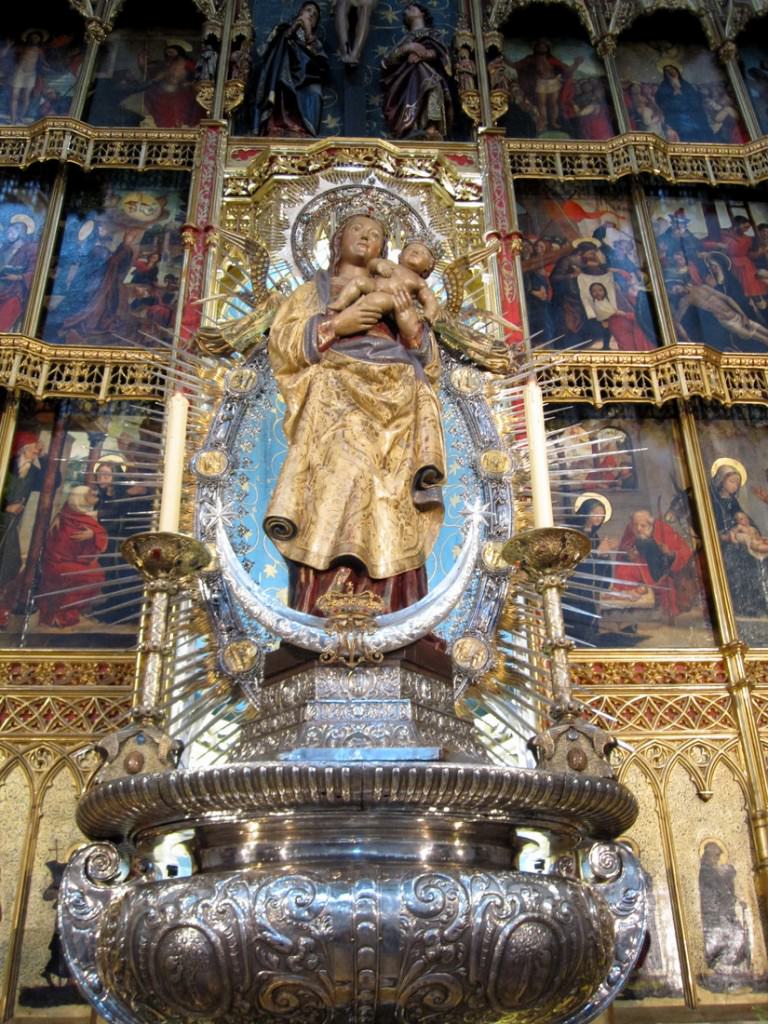 Inside Almudena Cathedral (opposite Palacio Real)

Meanwhile, the Prado beckoned. Inside its neoclassical building, the mass of masterworks was inspired and impressive as we marvelled the heady likes of Martín Rico, Titian, Anthony van Dyke, Goya and El Greco, admiring Spanish art from the 12th to 19th centuries in all of its eclectic glory. Next was the Thyssen. Three floors of outstanding private collections house everything from the 13th Italian Primitives to 19th century Surrealism, including Raphael, Caravaggio, Rubens, Van Gogh, Kandinsky, Rothko and Freud’s fascinating Exchanging Gazes exhibition. 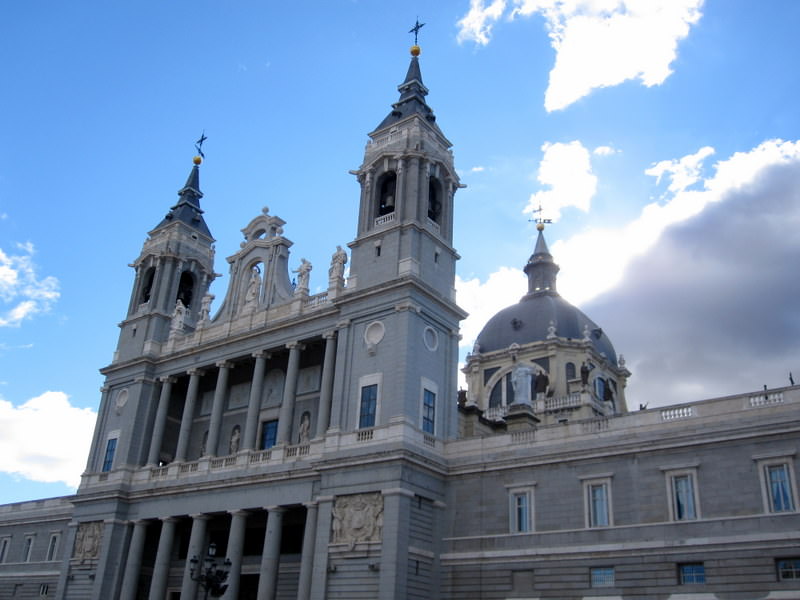 Meandering back to our hotel for a sneaky siesta, our after-dark antics found us at Copas Rotas on Calle de Silva off the main drag of Calle Gran Via, whose pink neon signs screamed for our attention. Enjoying mojitos and tapas for just a euro a pop, we were well pleased with this young, hip and cheap slice of easy Spanish nightlife.

My appetite for art was so whetted that another excursion was necessary, this time to the Reina Sofia. With the permanent collection boasting Basque sculptor Chillida alongside works from Europe’s avant-garde movement – including Picasso’s über grand Guernica – one of the 20th century’s greatest works and a soul-stirring sight – the Reina Sofia is definitely something of a sensory overload.

While visiting (for almost three hours and I could have stayed longer), we were treated to temporary exhibitions by María Blanchard, Juan Pérez Agirregoikoa and Antonin Artaud; before eventually dragging ourselves out into the daylight to ponder modern art in a modern sense: on the streets. 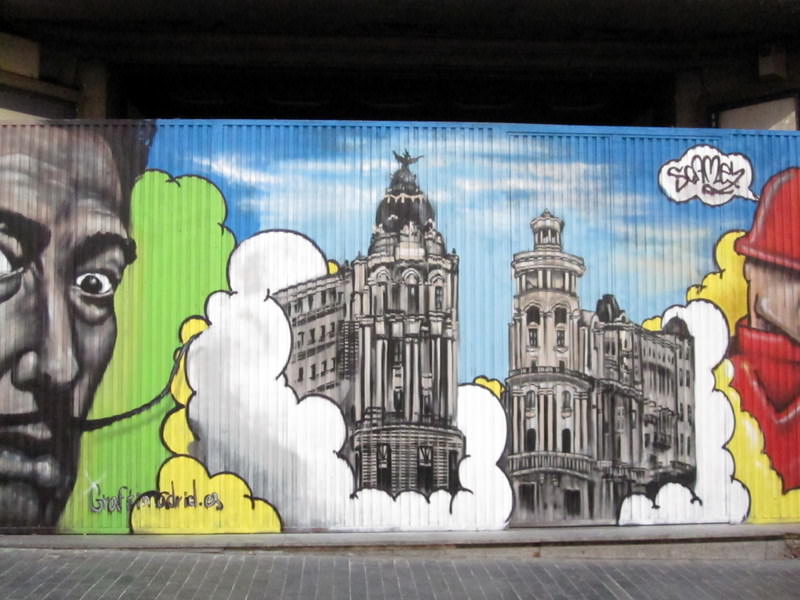 Venturing to another side of the city for our rendezvous with rock deities, we encountered the smart Salamanca district with its designer boutiques, where – cold and hungry – we opted for a traditional taberna, Cerveceria Gambrinus. Dinner consisted of more tapas, wine and cerveza before we crossed the road to the Palacio de Deportes Comunidad de Madrid for The Black Keys in concert. 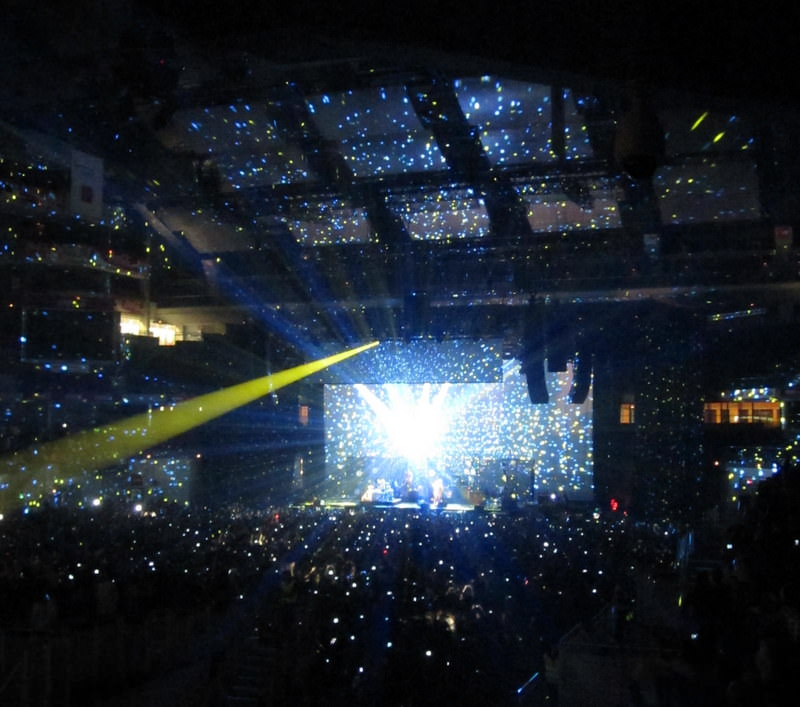 The Black Keys on stage

An energized and rather epic performance by the brilliant brothers was just the antidote to our meditative state of artiness, replacing canvas with the Key’s electric beats for a magnificent and truly memorable musical interlude.

Our final – and another sun-strewn day – spelled further sightseeing as we took in the architectural delights of Plaza Mayor, the majestic Palacio Real and Plaza de Oriente, and their various side street surrounds. 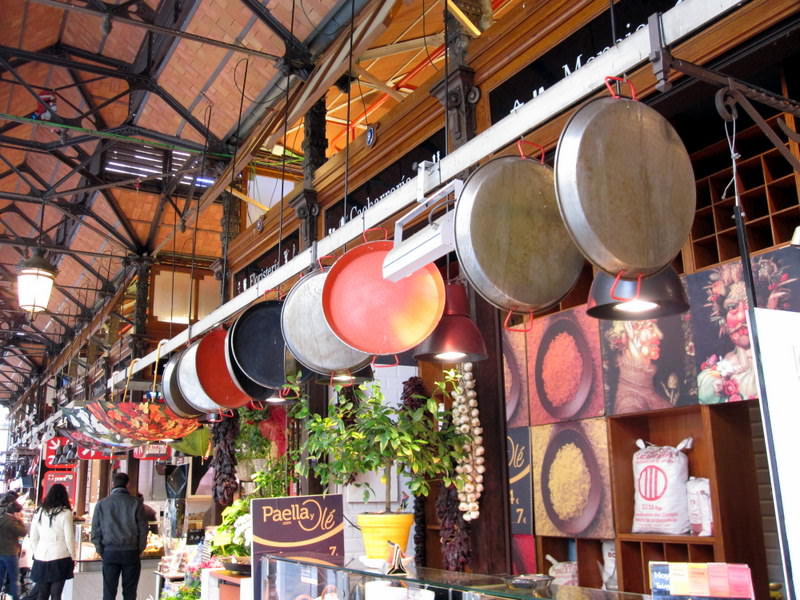 Satisfying my sweet tooth with a self-indulgent dose of churrus and hot chocolate courtesy of Horno San Onofre at the Michelin-rated Mercado de San Miguel – a mouth-watering food market providing everything from paella to tortilla – meant that I was refuelled and ready for more. 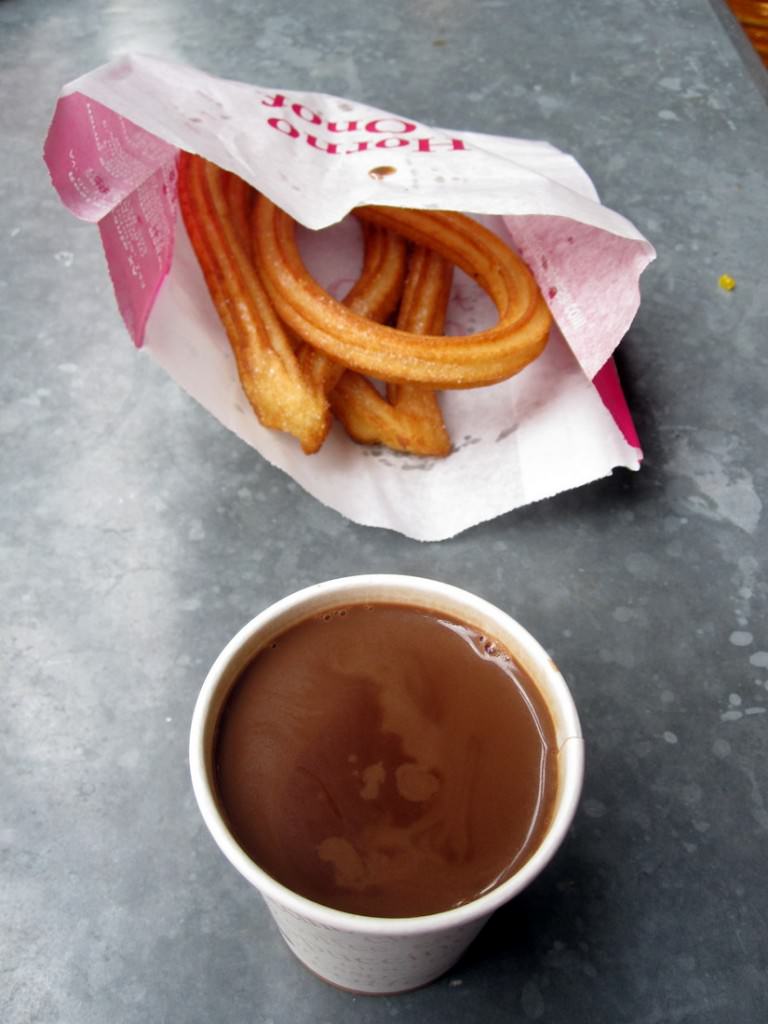 A spot of shopping throughout the squares of Old Madrid in the Centro district presented everything from food to fashion, and back onto Gran Via – we took a detour down Calle de Fuencarral for some seriously stylish outlets such as quirky and contemporary gift and home ideas by Muji. 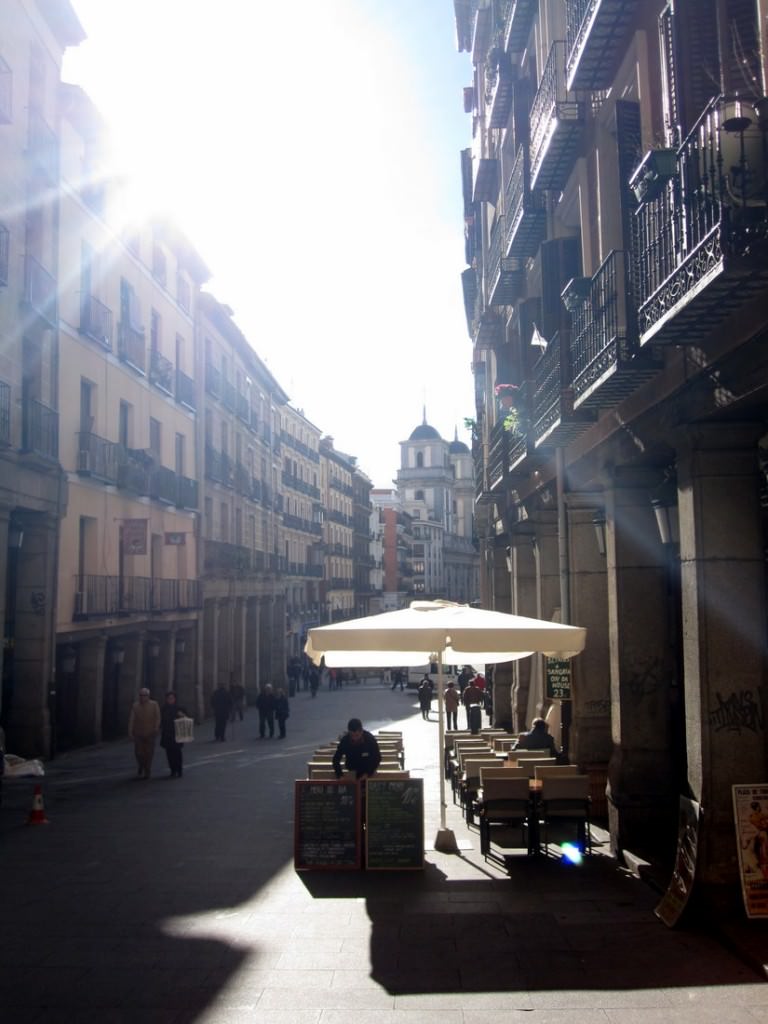 Side alley off Plaza Mayor

Time for more tapas before our departure, and we hotfooted it to Taberna San Bernardo (as cited in Michelin’s Restaurant and Hotels guide) for a fabulous feed of chickpea and spinach soup, stuffed aubergine and croquettes, washed down with a fruity glass of vino. 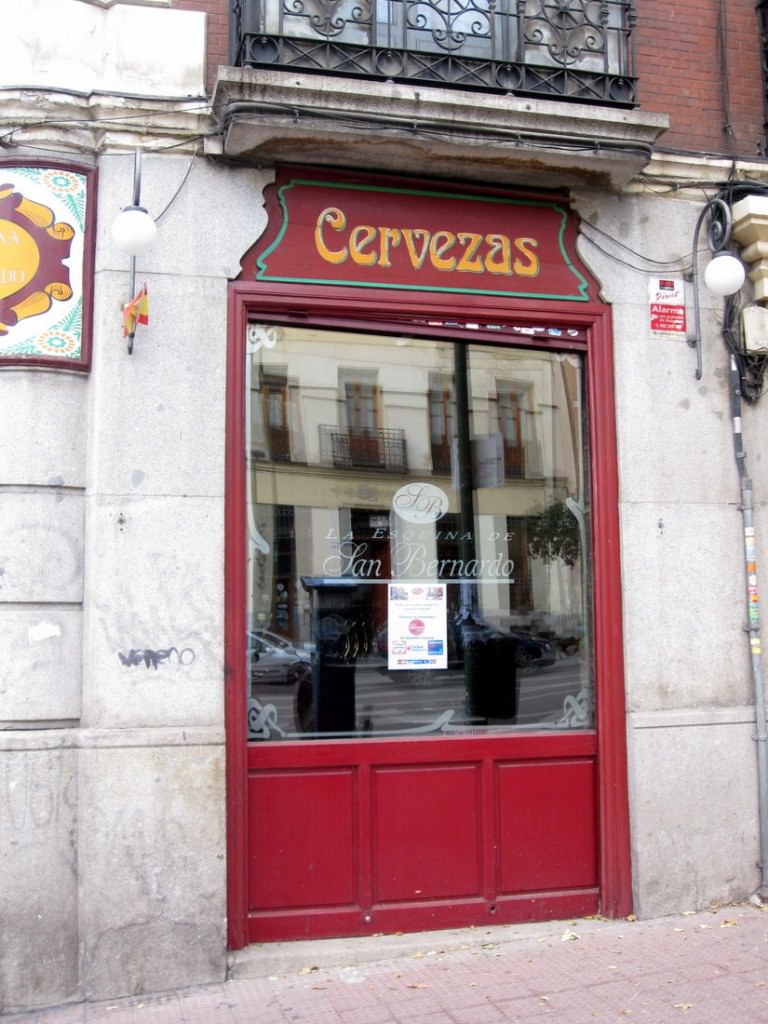 Back on the plane and as Spain sat behind me, I started to think about this enigmatic woman-city I had encountered. I had got to know Madrid in a matter of minutes, feeling instantly welcome in a city that’s easy to navigate and really does offer something for everyone. 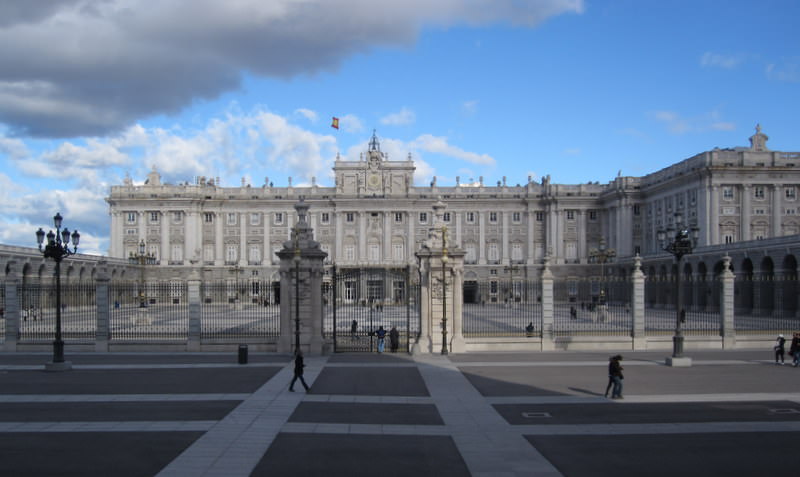 The attraction was instant. But the longer I lingered I felt a greater sense of seduction that could have continued to surprise and intrigue me, so much so that I wondered if the true extent of Madrid could ever be realised. I felt satisfied, but desired more: the true mark of a place that held your heart awhile before graciously 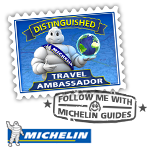 giving it back just that little bit fuller.

Michelin Guides graciously provided the guides for this Madrid Adventure.

Written by and photos by Hannah May for EuropeUpClose.com