Only one kilometer west of St. Vitus Cathedral and the heart of the Prague Castle complex sits St. Norbert’s Brewery, better known in Prague as the Strahovský klášter (Strahov Monastery), a Premonstratensian 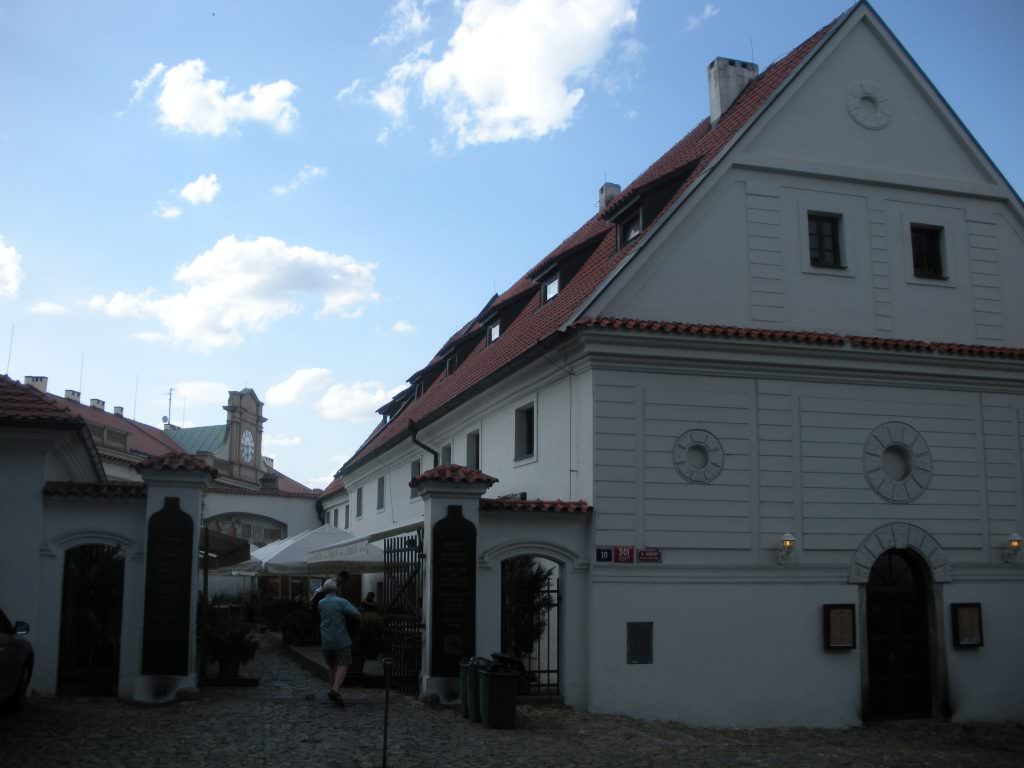 abbey that has been in Prague since the 12th Century. Since the 17th Century, beer has been brewed on the premises in a style altogether different from the more modern Pilsner varieties that have become the staple in the Czech Republic. Now known as the Klášterní pivovar Strahov (Strahov Monastery Brewery), the brewery named for St. Norbert serves wonderful amber and dark beers along with traditional Czech fare.

St. Norbert’s Brewery is located in an idyllic spot, just inside an old wall from the cloister around which the 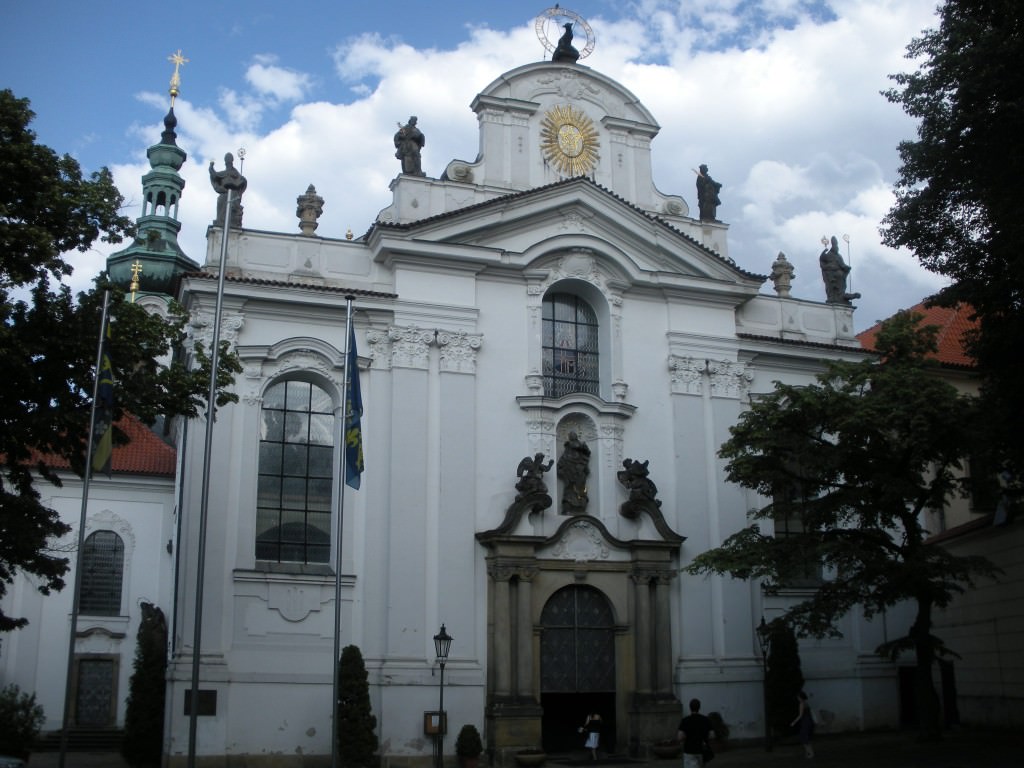 ancient monastery stands. The Památník Národního Písemnictví (Monument of National Literature) and the monastery church sit in quiet reflection as both locals and tourists peek around the corner to find the recently renovated brewery.

The brewery and restaurant is situated on opposite sides of a nice opening that includes tables and cover. St. Norbert’s restaurant is awash with Czech food mixed with beer. The restaurant has an entire section of its menu featuring meat dishes marinated in beer including pork tenderloin, roast goose, chicken and goulash. The latter comes with a healthy portion of Czech dumplings, bread-based slices, rather than the more common smaller balls found in 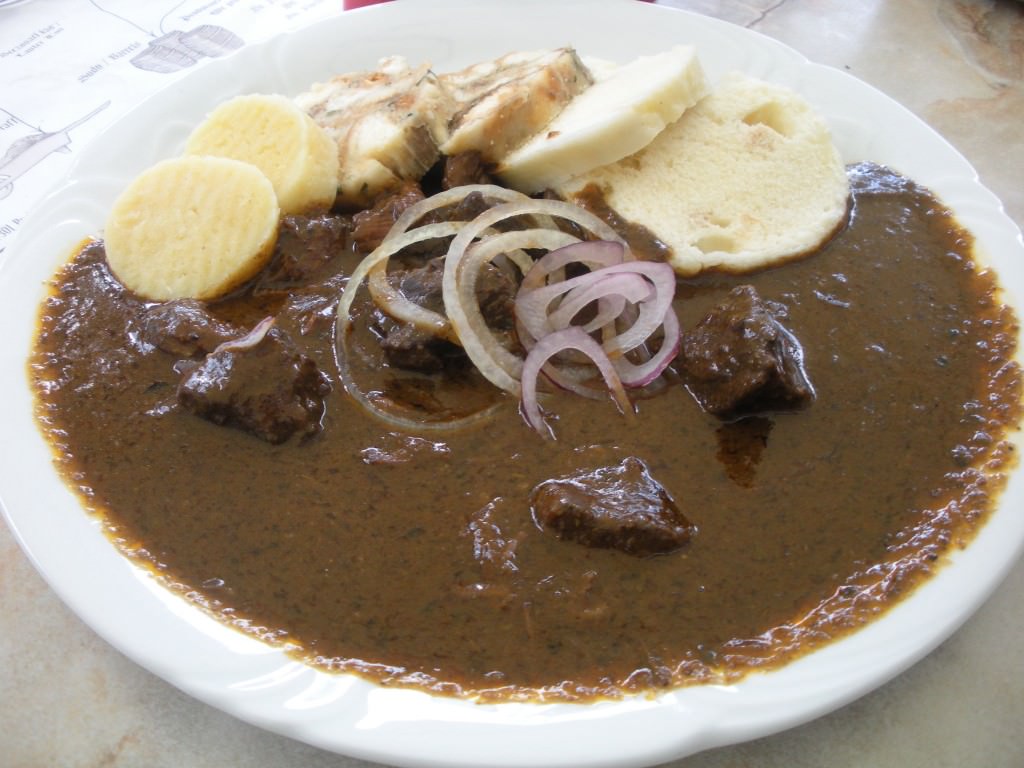 Germany and Austria. The dumplings are perfect on their own but better used to sop up the flavorful gravy in which the meat and beer have combined. Vegetarians are not forgotten at St. Norbert’s, perhaps a function of its role as a bit of a tourist spot. Numerous salads, including a cucumber variety with pumpkin seeds and a tomato salad with feta cheese and onions, keep those less inclined toward the traditional meat dishes happy.

Of course, the main reason one goes to St. Norbert’s is to sample 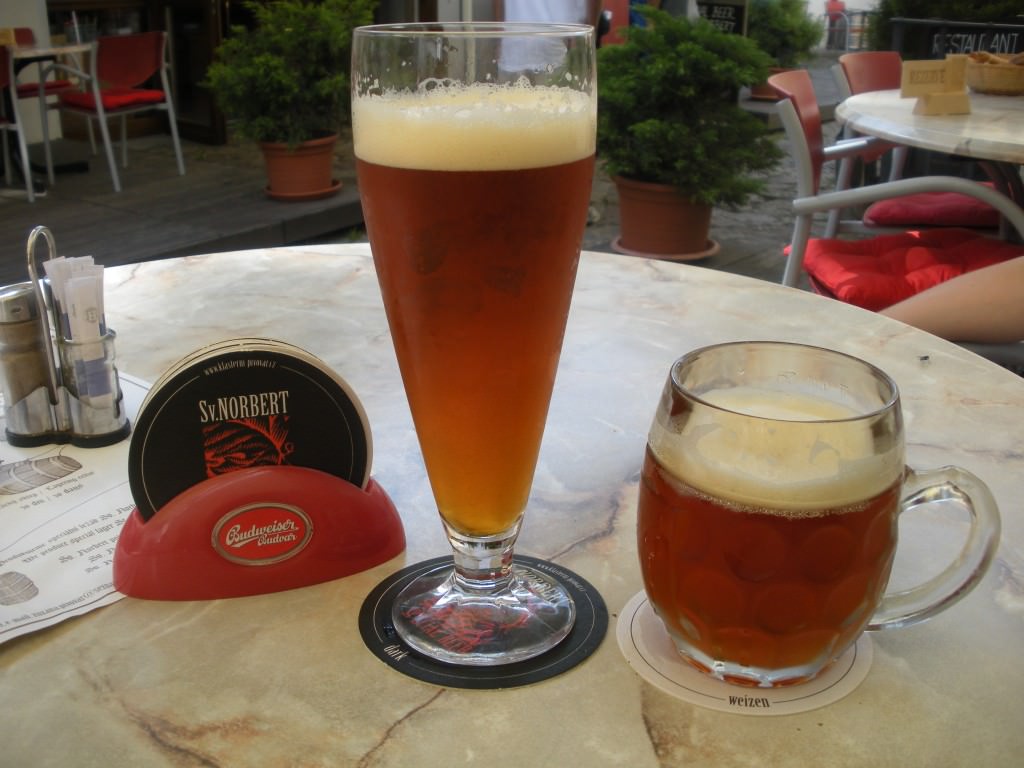 their beer. Unlike most Czech restaurants, the Klášterní Pivovar does not offer a pilsner option. With the lager style first developed in the Bohemian city of Plzen (known in German as Pilsen, hence the name) hardly an hour to the west, it is difficult to find bars or restaurants that do not serve the national drink . Yet St. Norbert’s offers a rather stunning line of options in the face of the pilsner omnipresence. The standard beers are the amber and the dark. These heavier, unfiltered brews give an altogether different experience. The amber beer comes from the Märzen tradition, giving it a full-bodied, robust taste. The dark beer is malty and has a coffee-based taste, a rarity among Czech beers.

After enjoying one of these fine brews, try whichever Special Beer is on draught at the time. Depending on the 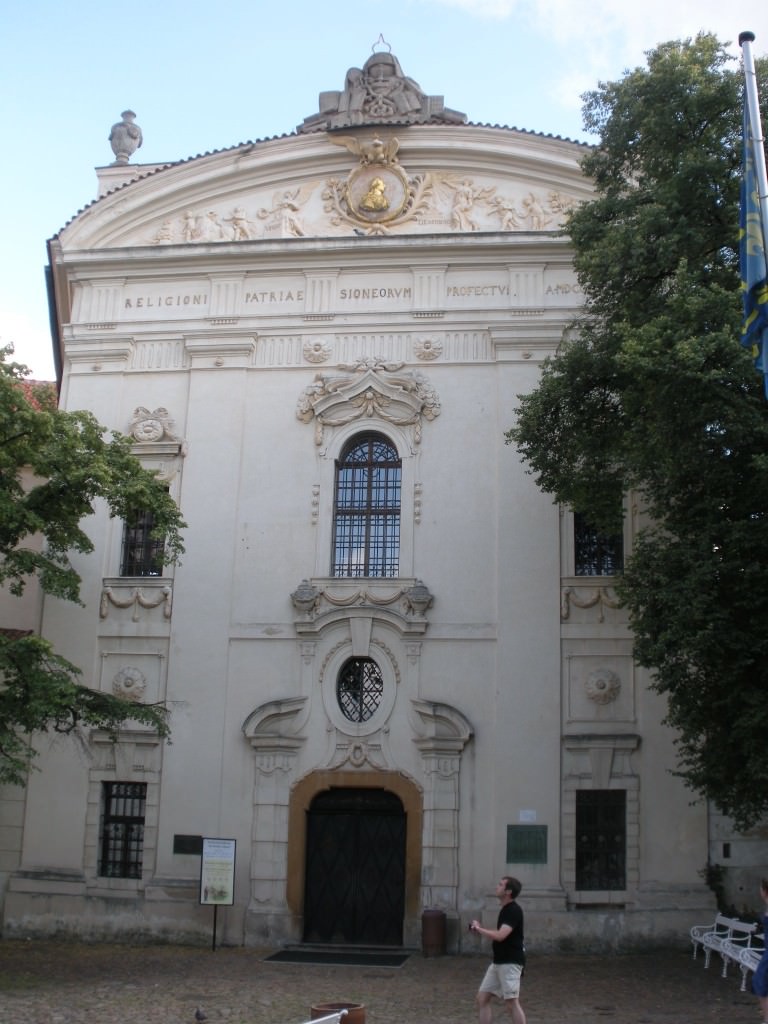 season, St. Norbert’s offers specialty beers with the weather in mind. Winter brings a strong Doppelbock while the summer finds a refreshing Weizen. For an especially rare choice, try the IPA (India Pale Ale) based on the old English recipes. Apart from a very few specialty brewers, surely another true IPA cannot be found in Prague.

St. Norbert’s restaurant is a destination meal. Though Prague’s tramlines do come near the monastery (the 22 at the Pohorelec stop and the 36 at the Malovanka stop are the closest), the most interesting way to find St. Norbert’s is to walk west-southwest from St. Vitus Cathedral. The walk is mostly uphill on the way out, which makes the return after a filling meal and several quality beers all the more enjoyable.

[...] up steep cobblestone lanes to a Prague brewery my friend living in Prague told us about – St. Norbert’s Brewery. It is her favorite place to go, so obviously we had to try it!! We had some local beers, beef [...]