Szczecin, Poland’s seventh largest city (population 406,000) and the capital of West Pomeranian Province, is a charming maritime city worthy of a day trip. The city is only a two-hour train ride from Berlin, and is also accessible from Warsaw and smaller cities in Germany’s Mecklenburg-Vorpommern. Due to its small size, the entire city can be explored in less than a day. 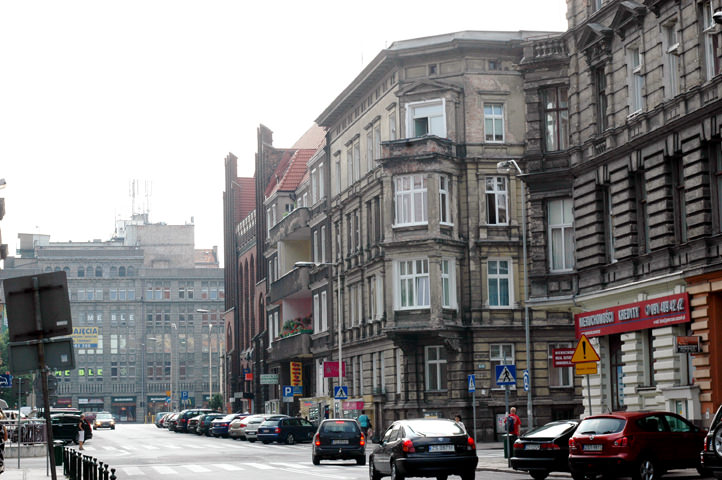 Taking the early morning train from Berlin and returning on the evening train provides  more than enough time to see what the city has to offer. Note that many residents do not speak English, but some restaurants will offer menus in either German or English. Euros are generally not accepted, so changing money at the Glówny (Central) train station is probably one’s best bet, as many of the ATMs do not offer an English language option. Poland will switch to the Euro in 2012. 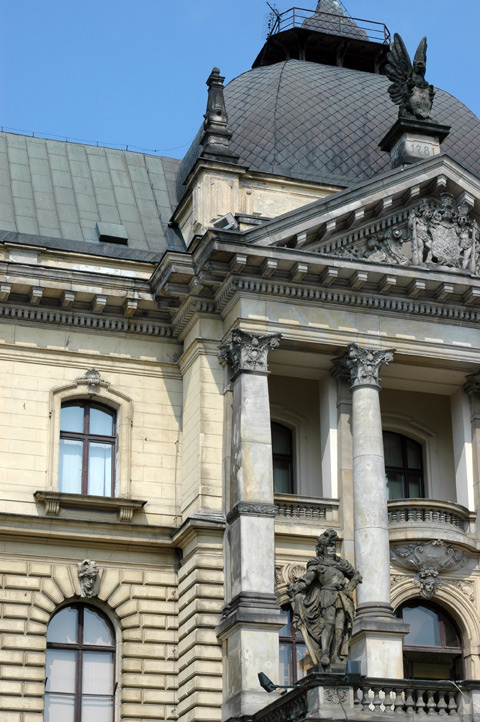 Due to its location near the border between Germany and Poland, as well as its access to the Baltic Sea, Szczecin has been incorporated into several different countries since the town was founded in the 8th Century. Poland, Germany, Denmark, Prussia, Sweden and even Napoleonic France have all laid claim to the city over the centuries. Starting in the 18th Century, Szczecin and its port on the Oder River were under German control. When Soviet forces invaded Nazi Germany in 1945, Poland annexed lands up to the Oder and forced the expulsion of German residents. Szczecin thus once again became a Polish city. The city is now known primarily for its maritime industry, as well as the distinct urban planning it adopted in the 1880s, which features wide avenues and roundabouts. 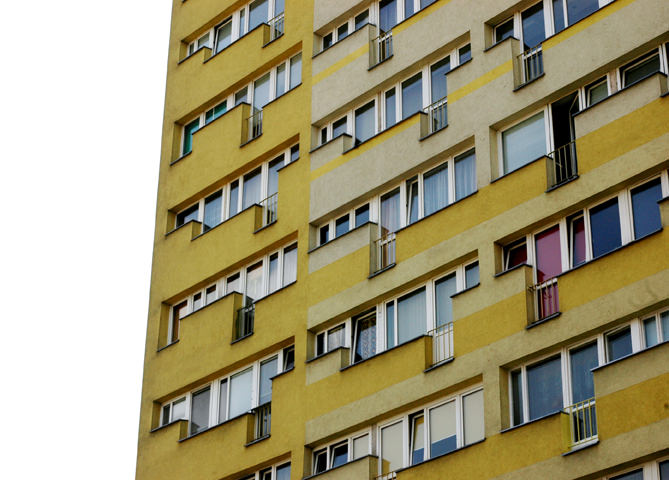 With its complex past, the city now boasts an eclectic mix of architectural styles, such as: the Neo-Renaissance Post Office Building near the train station; the Gothic influenced New Town Hall; the many, stark Communist era apartment complexes; and the modern glass PAZIM Tower. Though 65% of the city was destroyed during allied air raids in 1944, restoration efforts have reconstructed many of the historic buildings throughout town, thereby preserving and revealing the many layers of history in the city’s skyline. 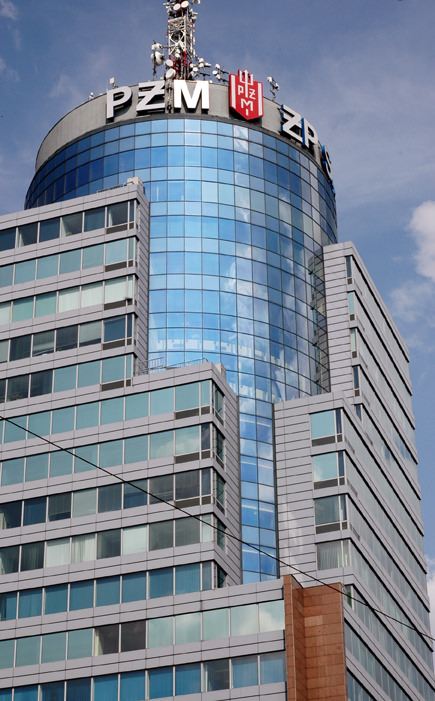 PAZIM Tower, the highest building in the city, is connected to the main shopping center

Szczecin is divided into two parts, the Lewobrzeze or Left Bank and the Prawobrzeze, Right Bank. The city center and most of the tourist attractions are found in the Left Bank. Trams and buses cover most of the city, but visitors can walk to all of the historic sites from the train station. Taxis should be avoided, particularly at the train station, as drivers are known to take advantage of unknowing tourists. A red dashed line on the sidewalks connects forty-two noteworthy sites in town from the Glówny Railway Station. The line continues throughout the Lewobrzeze for seven kilometers, leading back eventually to the train station. The sites are numbered successively. Upon arriving in Szczecin, visitors can purchase an English language map from the currency exchange that provides an illustrated view of the city as well as additional information on the sites included in the red line tourist route. The red line is the best way to maneuver around Szczecin as there is not a central part of the city and many of the sites are spread out.

A few sites are worthy of being singled out. The Pomeranian Dukes Castle, built in the 16th Century, houses a museum and tourist information office, as well as restaurants and cafes. Operas are often hosted here. Just north of the castle is Waly Chrobrego, a picturesque promenade situated along the Oder River. Many cafes can be found along the promenade where visitors can have a light meal or sample a glass of Bosman, a locally brewed beer. Also along the promenade is the Marine Museum, which exhibits the history of Pomerania and various ethnographic collections. 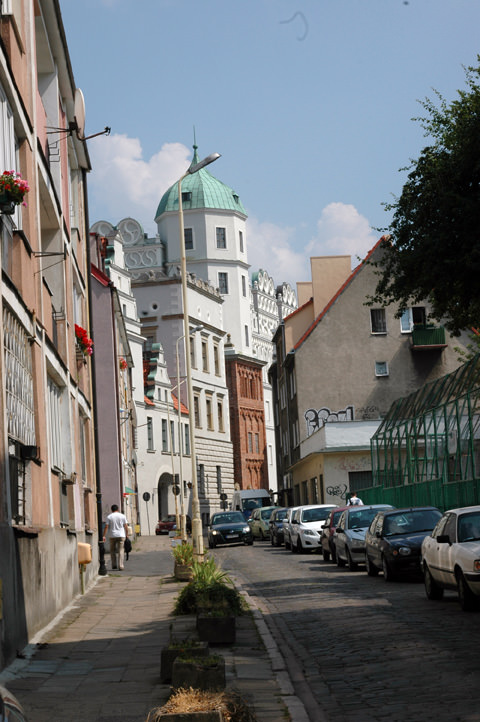 Street scene with the Pomeranian Dukes Castle in the background

Walking west from Waly Chrobrego will bring visitors to the modern PAZIM Tower, a glass structure near the Galaxy Shopping Center and major hotels. Café 22, on the top floor of the tower, boasts the best views of Szczecin. From the tower, visitors can follow the red line to the Cathedral Basilica of St. James the Apostle, the largest religious structure in Pomerania. The impressive church was built in the 16th Century, but destroyed during World War II. The interior of the church is accessible for only 4 zloty and a small exhibition space details the history of the structure. Perhaps most interesting, the church has many small chapels devoted to various groups, including one to West Pomeranian Dukes, another to the victims of Nazism and Stalinism, one to soldiers of the Resistance movement, as well as many more. 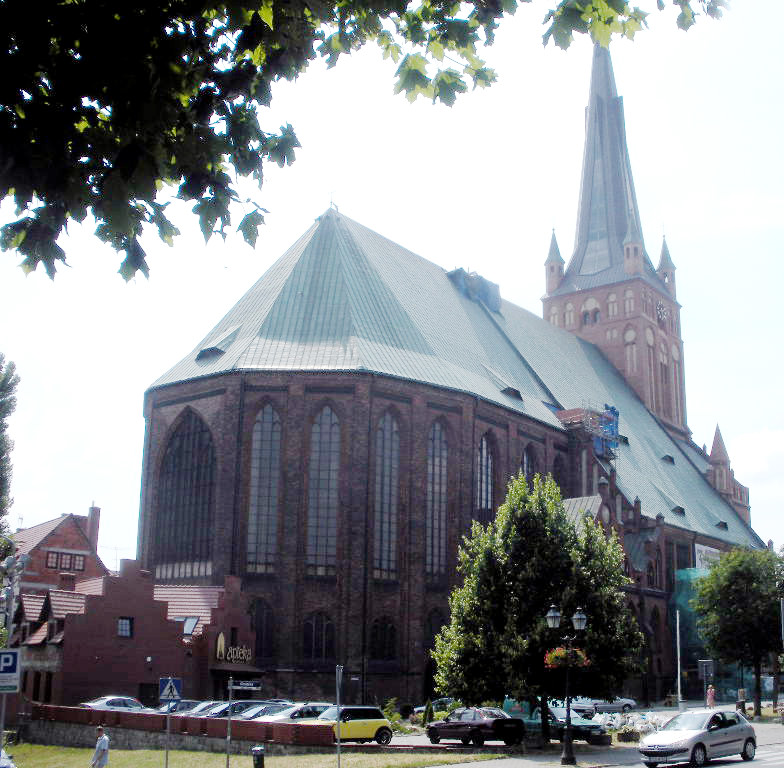 Also noteworthy, is the New Town Hall, located close to the train station. This neo-gothic building has a few cafes nearby where one can dine under shady trees while looking out on to a decorative fountain. Just beside the town hall is the Turzyn Market, a large open-air market selling everything from farm fresh vegetables, to inexpensive clothing, to bootlegged DVDs, to antiques. The market opens early and typically closes by mid-afternoon.

Szczecin is a lovely and safe city, but it is not a major tourist destination. A day trip is really all one needs to take in this port town. Arrive by train, exchange Euros for zloty, buy a map, and follow the dashed red tourist route line to see much of what has made this city famous.

Written by and photos by Morgen Young for www.EuropeUpClose.com

I think one day is not enough to explore Szczecin. There are many interesting places to visit like Waly Chrobrego Promenade :) Moreover, there you have to taste the goose in a restaurant in the 100 year old Dana Hotel. It is delicious :)

Thanks for sharing this. I just found out my g-g [German] grandmother may have come from Stettin and I thought it might be interesting to visit the next time I I make it to Europe. This webiste tells me exactly what I need to know about making that trip. Thanks again!

It'a always nice to read, how does the visitors see my hometown. Just one more thing to say, despite rather small area of downtown itself, the entire city is rather big. Covering the area of 300 square kilometers, Szczecin (pre-war Stettin) is the 3rd largest city in country by its size. :)

Places to visit in El Paso

If I ever figure out how to pronounce Szczecin, I promice I'll visit the city, lol =)) Sounds like a nice place to visit though. Kind of reminds me of Moscow, which I visited several years ago.