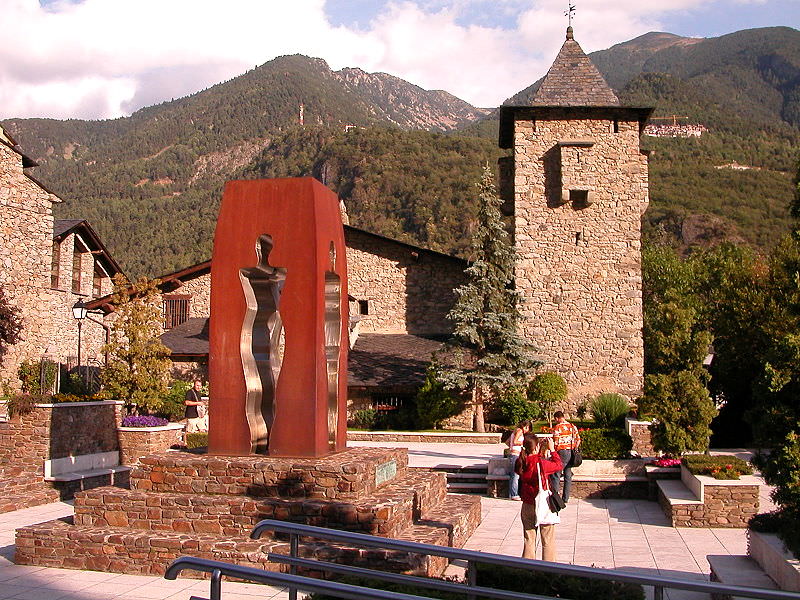 The Principality of Andorra (officially known as the Principality of the Valleys of Andorra) is the sixth smallest nation in Europe and it is not a member of the European Union. Located in the eastern Pyrenees, bordered by Spain and France, it is governed jointly by the President of France and the Bishop of Urgell (Catalonia, Spain). Andorra’s estimated population of 83,888 in 2009 benefit from a favorable tax structure, making it a haven for many wealthy internationals. Its capital is Andorra la Vella and the official language is Catalan (Spanish, French and Portuguese are also common).

Passports are required to enter and leave Andorra. Visas are not required for US citizens for visits of less than 90 days. For longer visits, contact the nearest embassy.
Obtaining a US passport
The  US Government Website is where to start.
Visa information
Andorran Embassy

Culture and History
This site provides a concise history of Andorra

Driving in Andorra
For information on laws, speed limits and safety, see: All Andorra

Emergency Numbers in Andorra
Any emergency: 112

Etiquette in Andorra
When introduced, expect to shake hands. Many men use a two-handed shake where the left hand is placed on the right forearm of the other person. Male friends typically embrace and pat each other on the shoulder. Female friends kiss each other on both cheeks (starting with the left). If invited to someone’s home, it is customary to bring a small gift such as chocolates, pastries, or cakes; wine, liqueur, brandy or flowers.

Table manners
Remain standing until invited to sit down.  Always keep your hands visible when eating. Keep your wrists (not elbows) resting on the edge of the table.

Do not begin eating until the hostess starts. The host always gives the first toast, but an honoured guest (male or female) should return the toast later in the meal. If you have not finished eating, cross your knife and fork on your plate with the fork over the knife. Indicate you have finished eating by laying your knife and fork parallel on your plate, tines facing up, with the handles facing to the right. 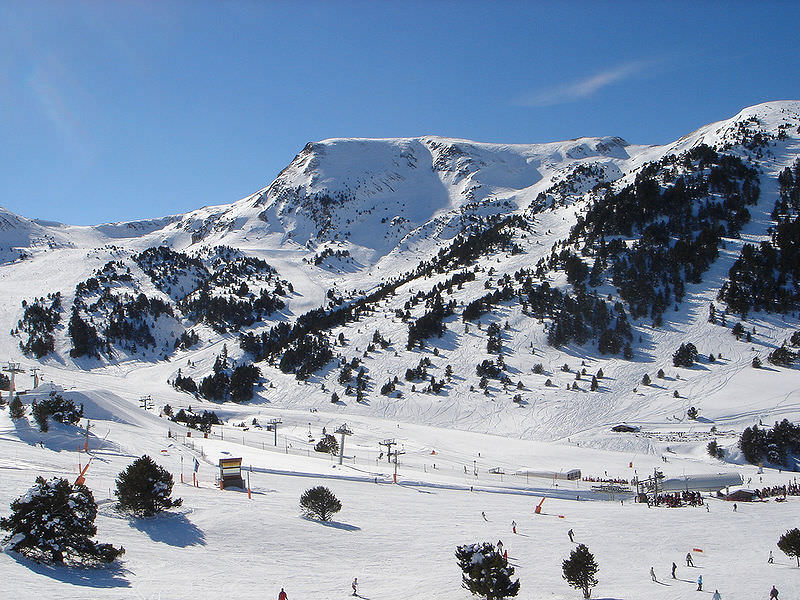 Street crime is very rare in Andorra.  However, tourists should take the usual precautions with passports and money.

Tipping in Andorra
A service charge may be added to your food bill at a restaurant, but at least a 10 percent tip on top of this is expected. Taxi drivers typically receive a 10% tip; bellhops and doormen, €1.25-€2.50; movie ushers, coat & washroom attendants, €.50-€1.50.

Getting Around in Andorra

Car
Traffic drives on the right. Minimum driving age is 18. Seatbelts are compulsory in both front and rear. Children aged under 10 (unless over 1.5m/4.9ft tall) must travel in the rear. Speed limits are 40kph (25mph) in towns, 70kph (44mph) on major roads.

A good road runs from the Spanish to the French frontiers through Sant Julià de Lòria, Andorra la Vella, Escaldes-Engordany, Encamp and Canillo (about 40km/25 miles between frontiers). There is a road to El Serrat, and a secondary road from Ordino to Canillo, which is usually closed in winter.

Bus
The trip from La Tour de Carol takes 2 hours 20 minutes. From L’Hospitalet the service takes 2 hours 40 minutes and runs early enough to permit a day-return trip from France. A seasonal service runs from Aix-les-Thermes in France and Seo de Urgel in Spain. Eurolines (tel: 0870 514 3219, in the UK; website: www.eurolines.com) serves destinations in Andorra. Daily services from Toulousse, Lleida (Spain) and Madrid are available for coach trips to Andorra. There are also a variety of buses and minibuses linking Andorra’s villages. 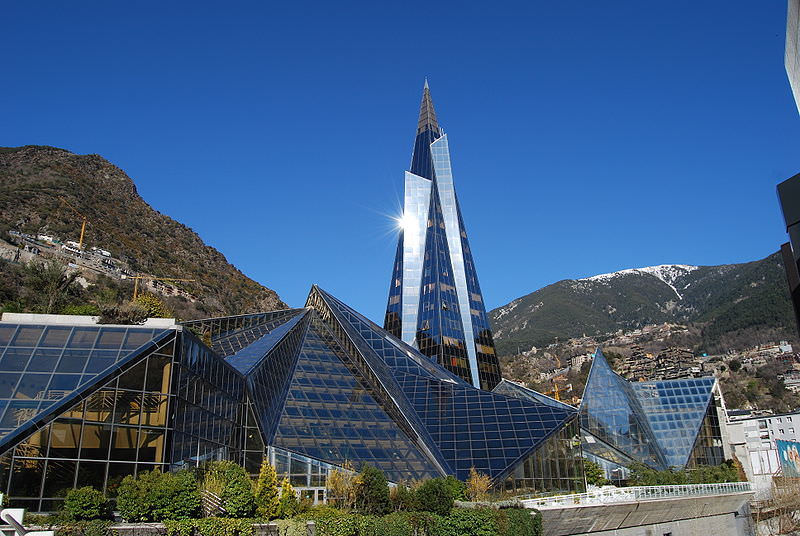 Andorra offers every type of lodging from couch surfing, to hostels and agritourism , to 5-Star resorts.

The town of Encamp is located between the capital and the French frontier and home to a medieval church and stone houses. The Madriu valley , is a glacial valley in a U-shape and a UNESCO World Heritage site. 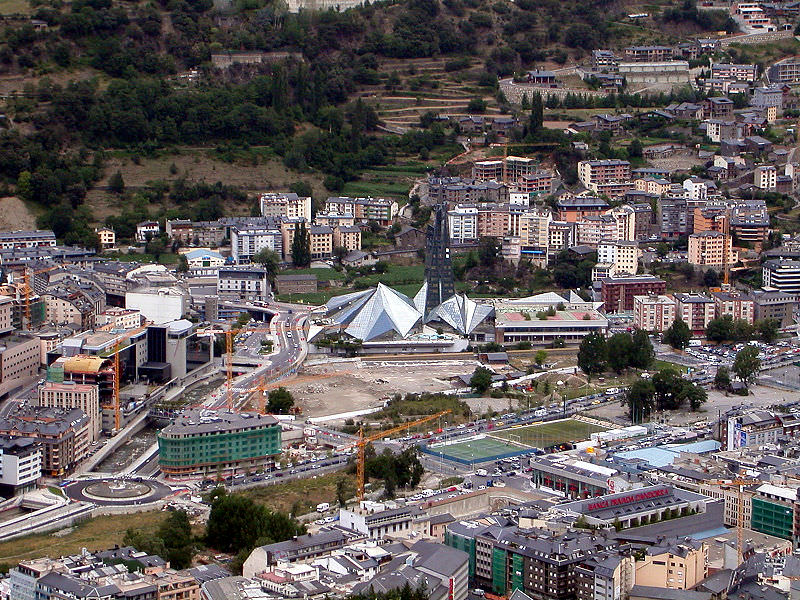 The capital, Andorra la Vella, is located at the junction of two mountain streams. Main sights include a 12th-century church and the Casa de la Vall, the ancient seat of government. The spa town of Escaldes-Engordany is adjacent to the capital and features Romanesque architecture and hot springs.

Popular activities in Andorra include the Andorran local festival in honor of the Virgin of Meritxell (in early September), downhill skiing at Soldeu , cross-country skiing at La Rabassa, and hiking in the nearby mountains. 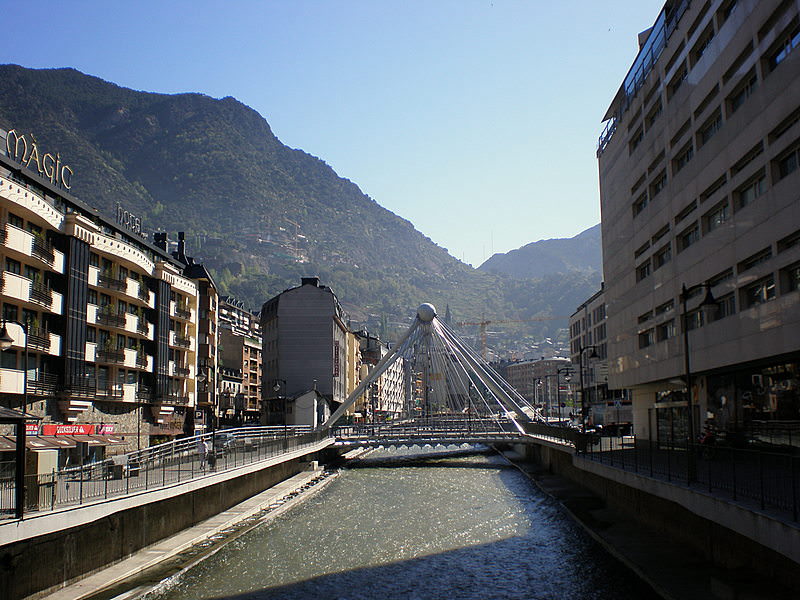 31 Dec New Year’s Eve
Note
In July, August and September, parishes have their own public holidays, during which festivals are held.

Public phone booths are conveniently located in Andorra. Coin-operated phones are quickly being replaced with ones that accept only credit cards and telecards, available at most newsstands, post offices, and major train stations.

Customs,VAT & Duty Free
Value Added Tax (VAT or IVA) Refund Information
If you are a U.S. or Canadian resident, you may qualify for a personal exemption which allows you to bring goods of a certain value into the country without paying customs duties, excise taxes, or Value Added Tax. You can be reimbursed for the VAT you pay on large purchases throughout your trip. Save your receipts from large purchases and be sure to visit the VAT office at the airport for refund forms and information.