Scotland is the one of the nations comprising the United Kingdom and it is home to some of the country’s best nature preserves and scenic views.    With a few major cities, much of the country has a rustic, rural feel.  The largest city is Glasgow, home to a thriving music scene, whereas its neighbor Edinburgh is the capital and site for the world famous Edinburgh Fringe.  Tourists flock to Scotland to enjoy hillwalking, traditional hearty food, and a distinct atmosphere reflective of the Scottish culture which locals have defended over the centuries. Here is our list of essential Scotland Tourist Information. 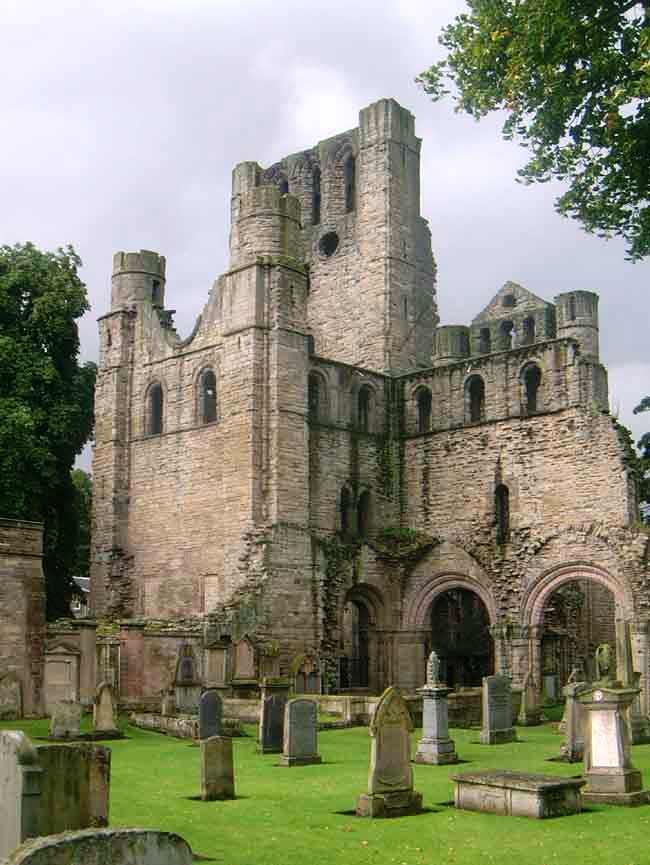 Citizens of EU and EEA countries, most of North and South America, Japan, Israel, Australia and New Zealand do not require a visa to visit Scotland.

Obtaining a US passport
The US Government Website is where to start.
Visa information

Culture and History
For an extensive history on Scotland, recounting the many country’s battles and hardships, visit this Scotland History website .

Currency and Money
Scotland uses their variation of the British Pound. Cash machines (ATMs) are available throughout the country and credit cards are accepted almost everywhere. While British banks do not charge fees for foreign credit cards, be aware that your bank might. There is often confusion about the legal tender status of Scottish notes; while it is possible to use English-printed notes in Scotland, it sometimes can be troublesome to use Scottish-printed notes in England.

Driving in Scotland
Scotland drives on the left side of the road and drivers should make themselves comfortable with this layout as quickly as possible.  Drivers in Scotland are typically well-mannered and it is courteous to wave where a thank you to another driver is expected.  There is little congestion in the nation outside the areas around Glasgow and Edinburgh.   Check out our tips for driving in Britain before you leave. 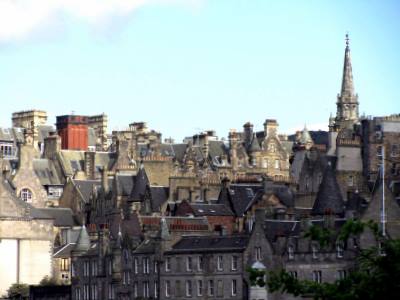 Electricity in Scotland
Electricity is 220volt and takes “British standard” three-pronged plugs. Make sure your appliances can accept the higher voltage of power (American outlets provide 120 volts) or you’ll need a converter and an adapter. Some appliances and computers can accommodate either 120 or 220 volts either automatically or with just the flip of a switch on the appliance. (Check it out before you buy.)

Emergency Numbers
Call 999 if you are in an emergency and an operator will connect you with the police, ambulance, or fire department.

Etiquette in Scotland
Almost all Scots are very polite and well-mannered, with a balanced blend of seriousness and humor.  Queuing is a British tradition and ‘cutting’ in line is not welcome. Avoid mistakes by referring to Scotland as ‘England’, or the Scots as ‘English’, as this may be cause for a grievous offense.  The country is relatively relaxed and Scots are considered the friendliest of the four nations in the UK.

Safety
Rough drunkedness is a common complaint in cities large and small; it is wise to avoid large groups if at all possible.  Overall, crime in Scotland is relatively low; however, most towns have rough areas so it is important to always remain alert.

Tipping in Scotland
Tipping is expected in restaurants, although in some establishments a service charge is already included.  A typical tip would be 10% for good service. It is not necessary to tip in a bar or pub. 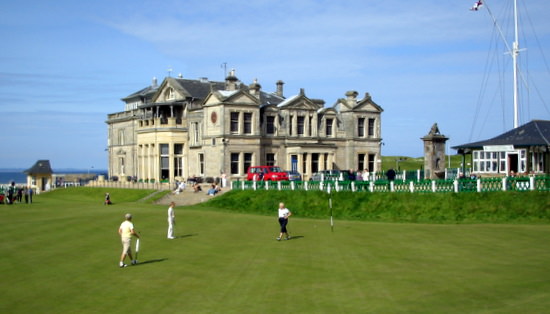 Weather in Scotland
The weather can be different from one side of Scotland to the other. The west coast tends to be more rainy due to the incoming weather from the Atlantic. Summer temperatures can reach over 60F, and winter temperatures  can (but infrequently do) drop below freezing.  Snowfall in winter is standard in high elevations but less common towards the English border. Weather is a topic of daily conversation; be prepared for a mix of all seasons in a single day.

Air Transportation
The UK has extremely good air transportation coverage, both domestic and international. Glasgow and Edinburgh both have direct service to London and continental Europe; there are a few select flights to the USA or further afield destinations.

Bus
Bus service is inexpensive and required for many destinations where the railways do not reach.  The two primary carriers are Megabus and Citylink.

Rail
Scotland’s rail network is limited only to service in the larger cities.  The west coast is poorly represented on the rail map.  All Scottish rail service is run by First ScotRail .

Car Rental
Car Rental companies are the standard set of brands, and it is recommended to make your booking before leaving home.  American citizens are permitted to drive with a U.S. driver’s license for the duration of a visit to Scotland; i.e., as long as their status is that of tourist and not resident.

Taxis
In the cities, a taxi can be hired on the street but it typically is easier to either phone ahead or pick one up at a taxi stand, as there are not enough taxis to go around.  In rural locations, you must phone ahead for your taxi. 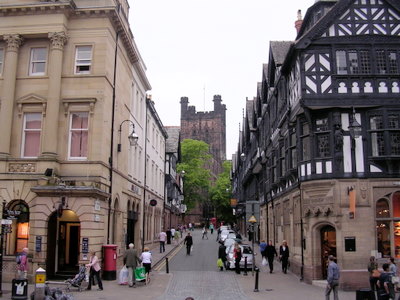 A street in Chester, Scotland

The National Health Service, commonly known as the NHS, provides free healthcare throughout the country. Should you require medical treatment, it is best to have your accommodation (hotel) contact a local physician’s office.  Emergency treatment can be had at any nearby emergency room, called A&E (Accident and Emergency). Be prepared for a wait as most A&Es are overcrowded.

Check out our Glasgow Hotel Guide and Edinburgh Hotel Guide . Outside these cities, typical accommodation includes camping or locally-run bed and breakfasts.

The main spectacle in Scotland is the beautiful landscape; rolling hills, dark lochs, endless forests. A few specific must-sees include:
•    Rosslyn Chapel, outside of Edinburgh
•    Loch Ness , which still hides the secrets of the monster Nessie
•    A number of regal Scottish castles
For more ideas, check out our Top Sights in Scotland guide. 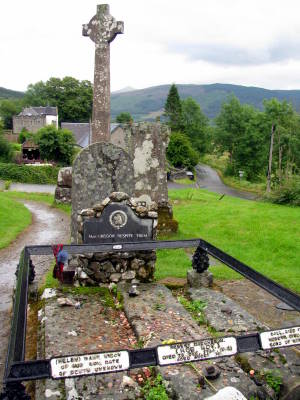 Dialing Procedures
UK phone numbers start with an area code of four digits followed by the six digit number.  The exception is London, where the area code is three digits and the number is eight digits.
When dialing to the UK from abroad, drop the leading zero in front of the number.  When calling within the UK, keep it.
Example (within UK):  07747 – 3334444
Example (outside the UK):  011 44 7747 3334444
Useful Country Codes:
USA and Canada 1
UK 44

Customs,VAT & Duty Free
When you return to the U.S., you’ll need to declare everything you brought back that you did not take with you when you left. If you are traveling by air or sea, you may be asked to fill out a Customs Declaration Form provided by the airline or cruise ship. Keep your sales slips. Try to pack the things you’ll need to declare separately. Read the signs in the Customs area; they contain helpful information about how to clear Customs.

For complete information on Customs, look at the U.S. Government Customs Website
Value Added Tax (VAT) Refund Information
We have found it such a hassle to try to reclaim the VAT tax that we simply do not bother. If however, you will be spending a great deal of money, it might be worth the many steps you will need to go through.  Also, remember that a 7 percent V.A.T. (Value Added Tax) tax is added to rates for all restaurants and hotel rooms.  Service is included. This 7% V.A.T. tax on services is not refundable.

Travelers to Scotland from outside the EU are entitled to a reimbursement of the 16 % V.A.T. (Value Added Tax) they pay on all purchases as long as the purchases add up to no less than 90 Euros in the same store and on the same day. The vendor must provide the purchaser with a duly filled out invoice which includes the price of each good, the V.A.T. paid for each item, as well as the identification (name and address) for both vendor and purchaser. The goods must be brought out of the European Union within three months from the date of purchase.

At the time of departure from Scotland and final departure from the European Union territory, and before checking in your baggage, you must bring your invoice(s) and the merchandise purchased to the British Customs in order for them to process your V.A.T. refund claim (there is a specific booth for this purpose just prior to the entrance to the international area at the international port, gate or airport).

SCOTLAND is a beautiful country. I have stayed in Aberdeen and have gone up to Inveness.

It is my understanding that once you leave the UK it is too late to claim your refund.

Please would you sent me the address for Scotland VAT tax refund we missed doing it at the airport.