Odessa, Ukraine: Ahhh…the sweet luxury of lying on a white sand beach, strolling through leafy parks that tumble towards the Black Sea, seeking out the perfect café along the wide pedestrian Deribasovskaya Street for an afternoon cappuccino and delectable pastry, and again to the beach to watch a glowing sunset before our evening repast.  This delightful inertia consumes our first few days in this resort town of 1.5 million people – then it is off to discover why throughout history Odesa (Odessa in Russian) has been a city unique to Ukraine. 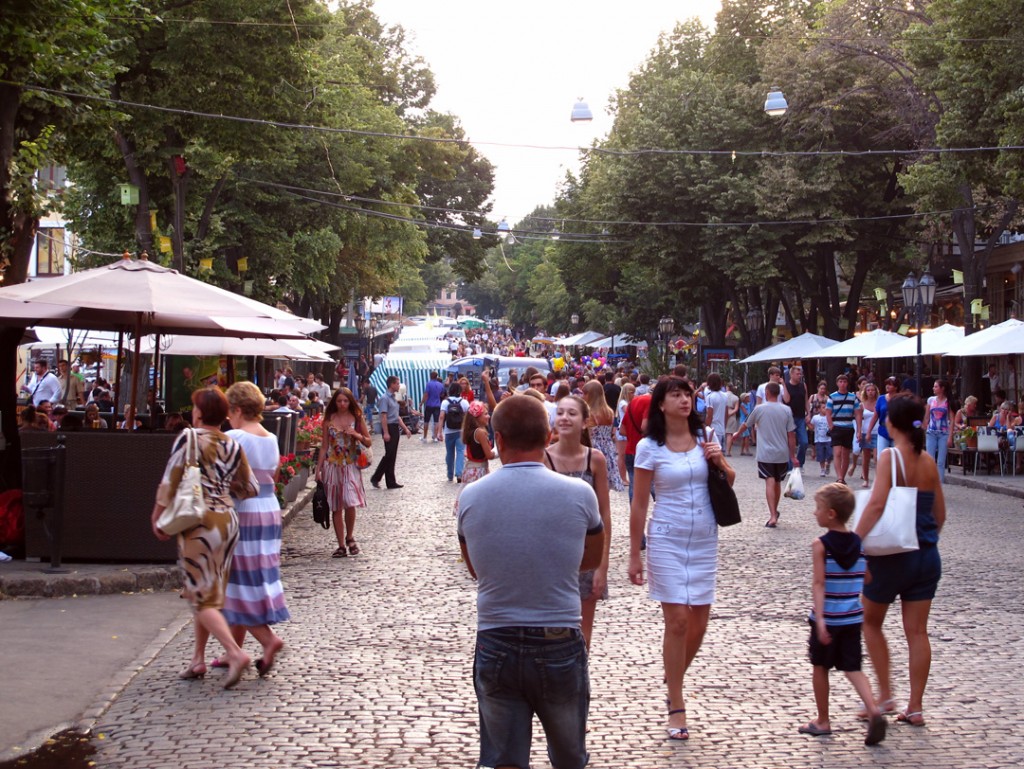 Being a major port on the Black Sea, Odesa was influenced more than the country’s interior by Western Europe; the architecture has an Italian Renaissance flare, and the French Duke de Richelieu was the governor of the state for an 11-year-period beginning in 1803. Odesa flourished under his rule, and his achievement is honoured in his statue of bronze gracing the top of the Potemkin Steps…which have their own story. These 192 waterfront steps were the location of the famed battle in the 1925 controversial film Battleship Potemkin (banned until 1954). The film was based on true events in 1905, when mutinous seamen (whose uprising was sparked over meager maggot-infested food rations) were massacred by Tsarist troops. The scene of the baby carriage careening out of control down the steps was ‘borrowed’ many times since, including The Untouchables (1987). 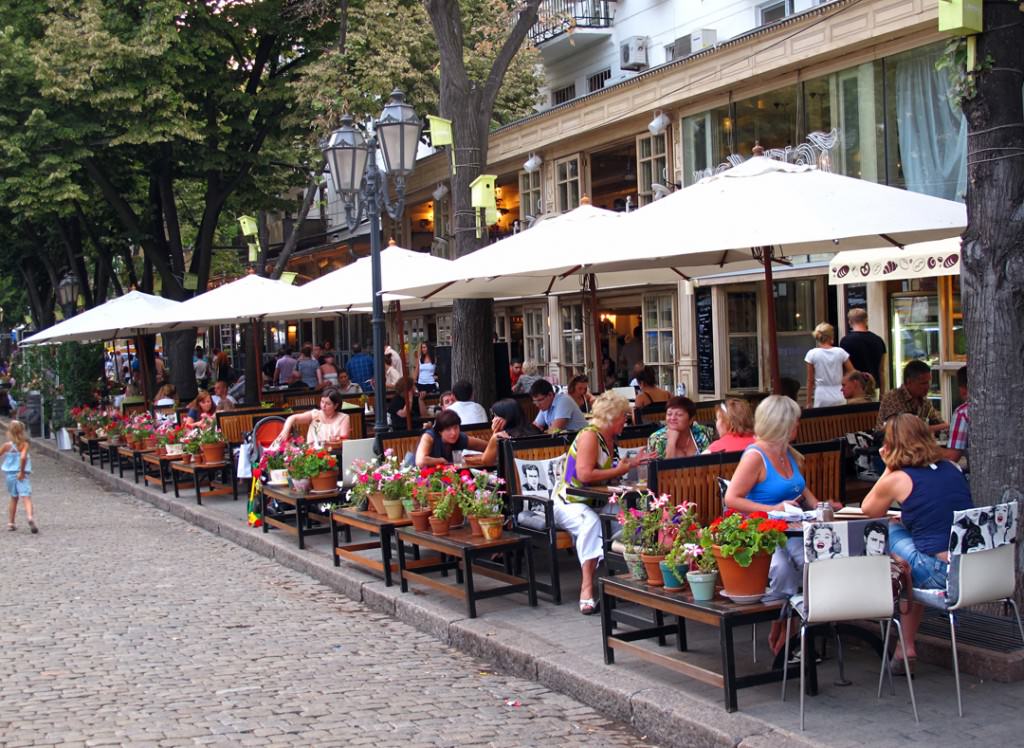 I soon glean my rudimentary Ukrainian language skills did not go far in Odessa. Russian is by far the most prominent language, as it was under Soviet rule and still today, in this Black Sea refuge  flooded with vacationing Russians. Although more prevalent here, most of the country’s citizens who lived through Stalin’s “Russification” (when Ukrainian was banned from being spoken and taught in schools), can readily switch from their national language to Russian. 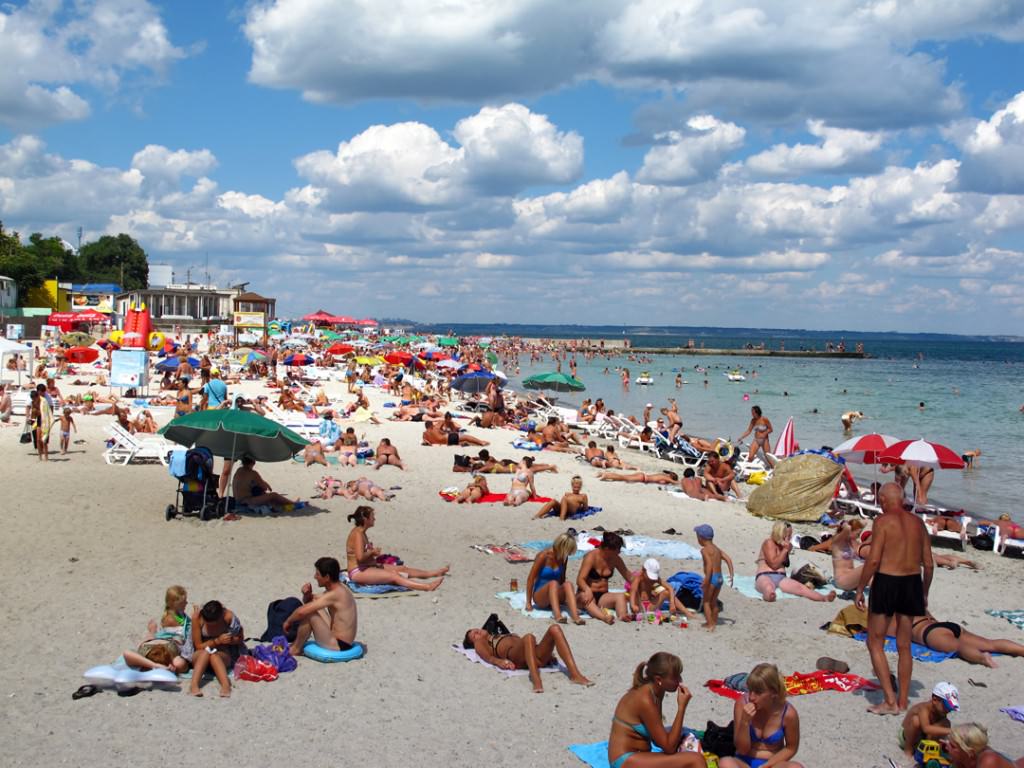 More of Odesa’s peculiar history runs long and deep – literally! The limestone below the city is riddled with over 2500 km of tunnels at depths from 15 to 100 metres. My excitement level is in the stratosphere as we leave the city in a taxi with our guide Julia for the village of Nerubayske (12km north) to what are known as “the Catacombs”. 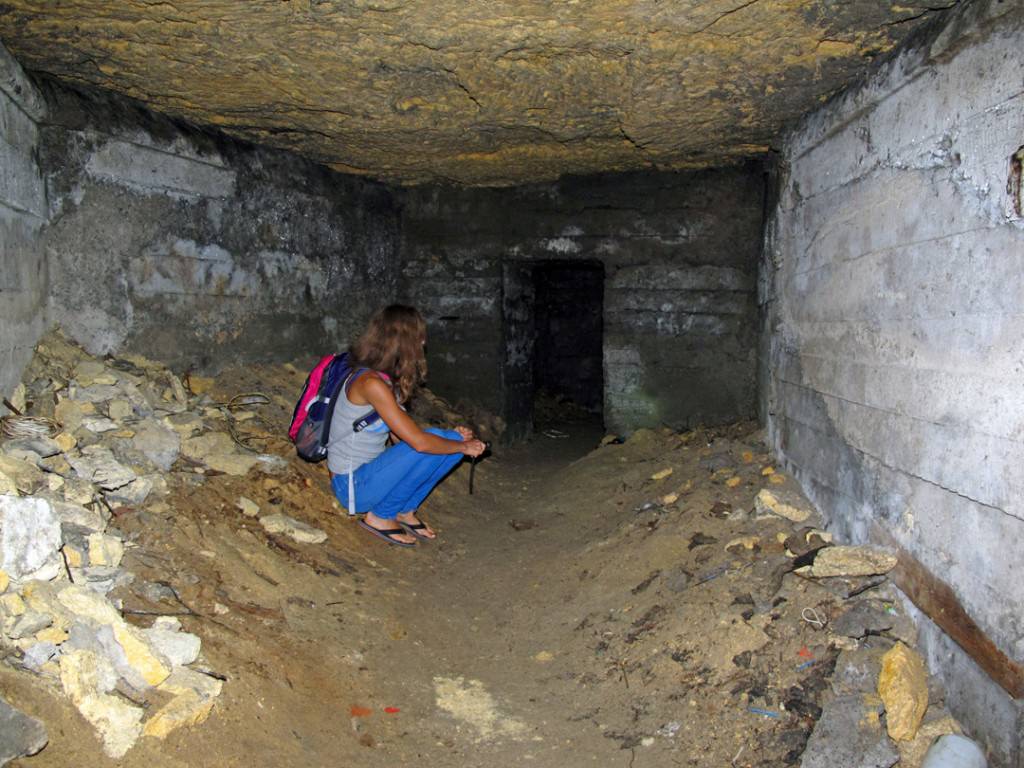 “This maze of tunnels was formed by years of mining the limestone to build the city structures above,” Julia states, “This quarrying likely began in the 1600’s, but grew to this astounding form during the 1800’s, and stopped when some of the buildings on top of the hollows began to sink.” Two-hundred-year-old limestone cutting saws that were abandoned in passages now hang on a tunnel wall.

This network of passages became a great hiding place for fugitives, smugglers and revolutionaries. The most famous being the 12 partisan groups who fought against the Nazis who occupied Odessa for 1000 days during WWII, beginning when the Russian Army vacated the seaport in 1941, until they returned to fight the Nazis in 1944. 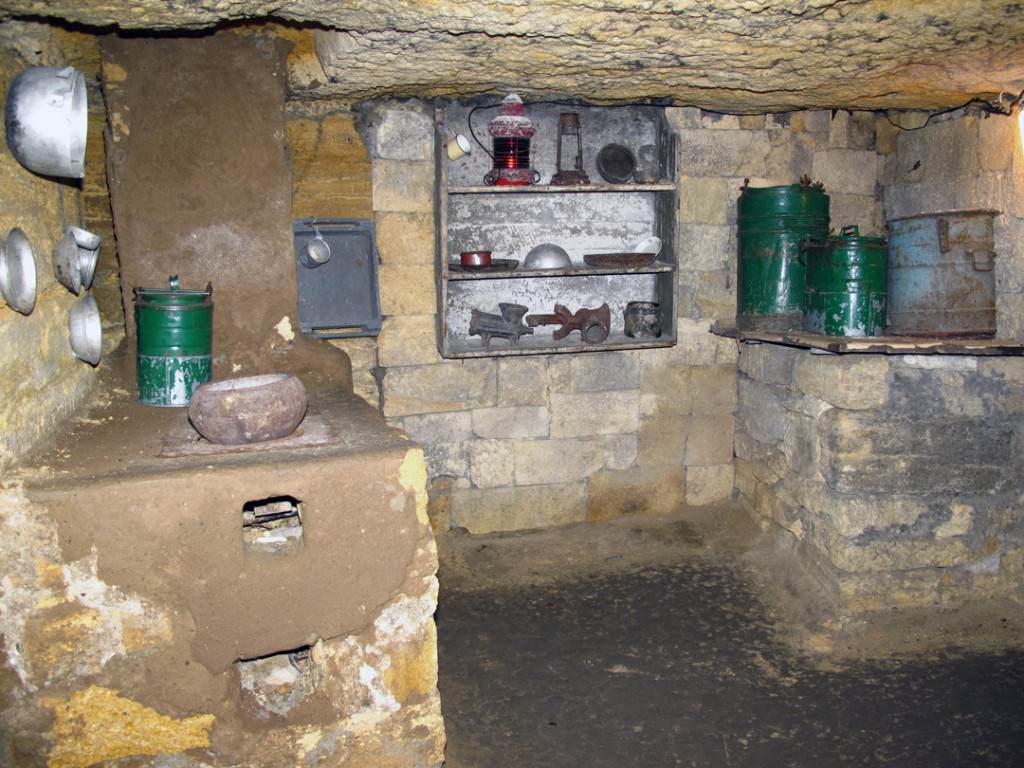 The partisans were stationed in different parts of this subterranean web according to their function in thwarting the enemy. In the section we are in, called the ‘Museum of Partisan Glory’, the fighters’ mission was to derail Nazi trains. Within minutes of gingerly making our way through the dank passageways, I am chilled to the bone by more than the 12º C temperature. As the shadowy light from sporadic electric light bulbs fades into blackness, I shutter with thoughts of the partisans scuttling about like moles in this colourless, claustrophobic setting, only slipping stealthily above ground for attacks or to replenish supplies. 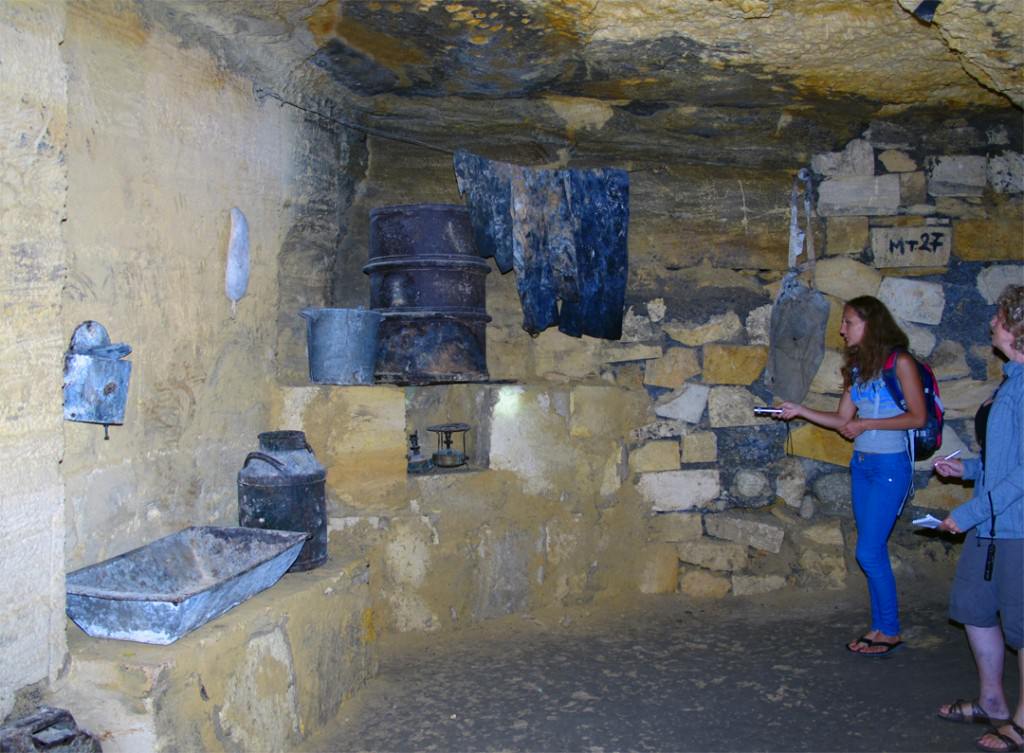 Hay was spread over the slabs of stone to sleep on; the only metal frame beds were in the small first aid station. Iron-drum stoves cooked their food, while another area held communication devices, and yet another was where Malakoff (Molotov) cocktails were made and weapons stored. Faded and yellowed pictures of Lenin and Stalin, who at that time were perceived as heroes, still hang in what was once the commander’s office. 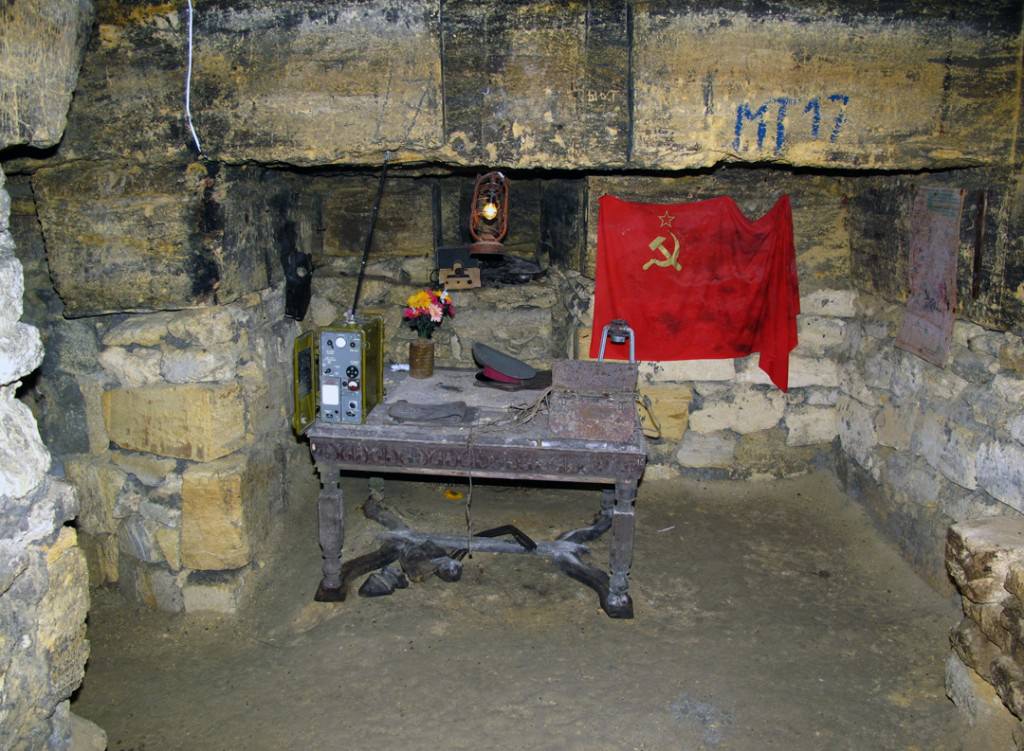 “This is the only official entrance to the catacombs,” says Julia, “but you can also take a ‘wild tour’ by hiring a professional guide with powerful flashlights and who you trust will know the way out, as these tunnels have yet to be fully mapped.” Although the government is attempting to cover unauthorized entrances (a difficult task with the over 100 that are known) extreme adventurers have taken to exploring by themselves – and some never come back out. When Julia leads us thirty feet off the designated path and into a narrow, totally unlit section half filled with fallen chunks of rubble – this is wild enough for me. 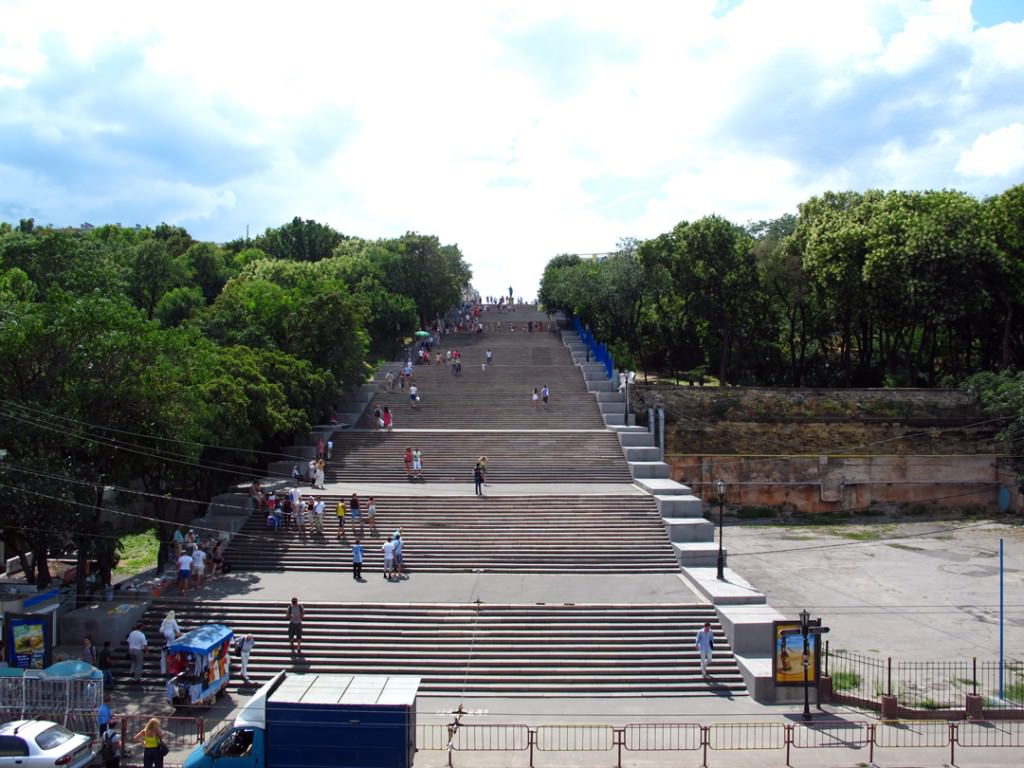 It is then back to bustling Kyiv (Kiev) for our Ukraine finale. There is no doubt we were witnessing a great time in Ukraine’s history; the forging of its new independent identity full of challenges and potential. We leave warmed by the hospitality of the people and with our senses saturated with the vibrant history and culture, yet feeling there is much more to experience in Odesa…for next time.

Written by and photos by Irene Butler for EuropeUpClose.com