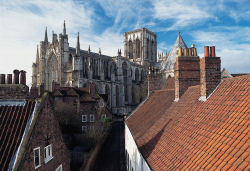 Yorkshire is home to the famous city of York, which is well worth the visit to see its medieval heritage. Cobbled streets, ancient timbered houses and York’s tiniest street Whip Ma Whop Ma Gate are here to discover. York Minster, the largest Gothic church north of the Alps boasts the largest collection of stained glass in Britain. Of course, castle lovers must visit Castle Howard, featured in the Television series Brideshead Revisited.

Northumbria, on England’s northernmost eastern edge is a patchwork of moors, castles and tiny villages. The rugged coastline complements the wide open spaces and rolling hills of this wild region. Hadrian’s Wall, built to protect Roman Britain from the Picts of the north is still part of Northumbria’s scenery. Here you will also find Wordsworth’s Dove Cottage.

On the west coast, you will find the famous Lake District combining rivers and lakes with magnificent peaks. Natural beauty is abundant in this region. Beatrix Potter resided here.

The Midlands
Ranging from the east coast of England to the west, The England Midlands includes the areas of East Midlands, East Anglia, the Thames Valley, and the heart of England. In the East Midlands, you will see some of the most famous homes in England: Chatsworth house in Derbyshire, and Burghley house in Lincolnshire. 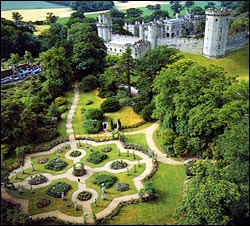 The heart of England boasts Ironbridge Gorge, birthplace of the industrial revolution, Warwick Castle, an original Norman castle rebuilt in the 14th century. It was purchased in 1978 by the owners of Madame Tussaud’s, who now use it as a museum and entertainment venue to illustrate its history. Warwickshire is also home of Stratford upon Avon and the Globe Theater. In Gloucestershire, to the south you can visit the beautiful Cotswolds. Villages in this area are picture-postcard charming. 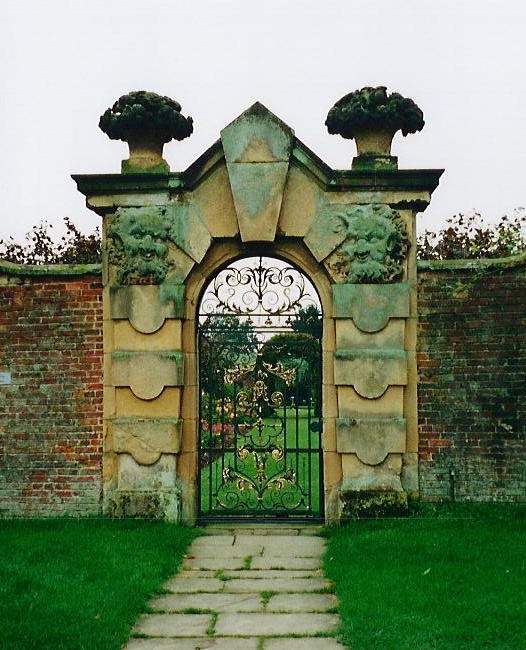 One of the truly great baroque houses of England, Castle Howard was designed for Charles Howard, 3rd Earl of Carlisle, by John Vanbrugh and Nicholas Hawksmoor. It holds a fine collection of art and furniture. Castle Howard was featured in the TV series Brideshead Revisited.

Fairfax House
Situated in the center of York, Fairfax House is one of the finest examples of an 18th-century town house in Britain. It is the home of the famous Noel Terry collection of furniture.

Fountains Abbey
Fountains Abbey with Studley Royal Water Garden, four miles west of Ripon in North Yorkshire, is a important example of an historic and aesthetic treasure. It contains the dramatic remains of a Cistercian Abbey, more than10 historic buildings, including a superb Victorian church, a medieval deer park, and several ornamental lakes.

Harewood House
Home to the Queen’s cousin, the Earl of Harewood, Harewood House, is set in spectacular grounds, which include formal gardens and gentle woodland walks. Visitors will enjoy its outstanding art collections, splendid State Rooms and fascinating ‘Below Stairs’ exhibition.

Haworth Parsonage
The home of the Bronte family for many years. Many of the manuscripts of Charlotte, Emily and Anne are on display.

Newburgh Priory
A large and imposing house near Coxwold, North Yorkshire. Stands on the site of an Augustinian priory. Founded in 1145, it is a stately home in a superb setting with breathtaking views to the Kilburn White Horse in the distance. The extensive grounds contain a water garden, walled garden, topiary yews and woodland walks.

Newby Hall, the family home of Mr & Mrs Richard Compton, is one of England’s renowned Adam houses, an exceptional example of 18th century interior decoration, recently restored to its original beauty. Built under the guidance of Sir Christopher Wren, Newby hall contains some of the finest furniture that Chippendale ever crafted.

Rievaulx Abbey
The first Cistercian monastery in the north, dating from 1131, housed 140 monks and 500 lay brothers. The impressive ruins at Rievaulx Abbey include extensive remains of the church, which was one of the finest in the North. Only five arches from the original cloister survive.

Skipton Castle
Skipton Castle is one of the most complete and best preserved medieval castles in northern England and is well worth a visit at any season of the year.

The city’s rich cultural heritage dates back to Roman times, and the medieval architecture of the city is outstanding. York Minster is the largest Gothic church in England and one of the most magnificent. York is a very good shopping city with some fine antique and art shops in the area known as “The Shambles.” The picture to the right is of York Castle.

This is an area of extraordinary natural beauty and includes some of the best walking country anywhere in Europe. Mountains, or “fells,” surround crystal clear lakes, some of them as large as 10 miles in length. One of the loveliest times to come to this area is in spring when the daffodils are in bloom. William Wordsworth made this area his home as did many poets, writers and artists. Beatrix Potter lived on a farm in the Lake District where she wrote her famous Peter Rabbit stories. There are many wonderful drives that can be made throughout the area.

Dove Cottage
Dove Cottage was the home of William Wordsworth and his sister Dorothy from 1799 to 1808. The house is now a museum devoted to this famous English poet. 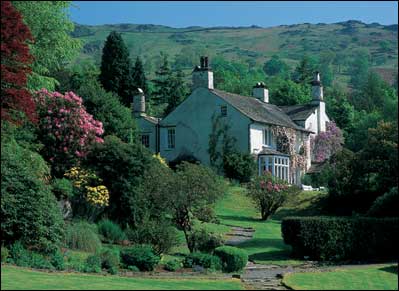 Rydal Mount
was the home of Wordsworth between 1813 and 1850. He designed the gardens, and there are many fine shrubs and trees to this day.

Hill Top Beatrix Potter’s farmhouse is open to visitors, and there is a good collection of her writings and drawings.

Brantwood is said to be the most beautifully situated house in the Lake District, with the best lake and mountain views in northern England and even the entire country. The house was the home of the artist and social reformer John Ruskin.

Carlisle Castle survived 800 years of fierce border battles and fighting. The castle was originally built by William II in 1092.

Levens Hall and Gardens is one of the best examples of an Elizabethan manor house in northern England and is especially famous for its topiary garden. The house contains fine examples of plasterwork ceilings, furniture and needlework including the earliest English patchwork.

Hadrian’s Wall was built almost 2,000 years ago by the Romans to keep the Picts (Scots) from invading England. Many parts of Hadrian’s Wall are still visible as are the forts that dotted the wall. These forts housed the Roman legions that were sent north to patrol the border.

Highlights in the Midlands

Burghley House
Burghley is one of the largest and grandest houses of the first Elizabethan Age. Built and mostly designed by William Cecil, Lord High Treasurer to Queen Elizabeth I, between 1555 and 1587. 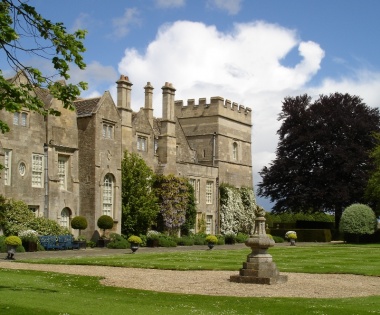 Grimsthorpe Castle
Home of the Willoughby de Eresby family since 1516, it offers fine examples of 16th-century architecture of the Tudor period of Henry VIII.

Belvoir Castle
Seat of the dukes of Rutland since the time of Henry VIII and rebuilt by Wyatt in 1816. There are some notable works of art and objets d’art, and they have special events here most Sundays.

Peterborough Cathedral
This cathedral is where Mary Queen of Scots was buried before she was reburied in Westminster Abbey. It is a fine Gothic cathedral with a particularly interesting wooden painted ceiling.

Dear David, Thanks for you input. I will correct it immediately.

Could I correct a small point? The area is known as the Lake District, not the Lakes District.

Peterborough Cathedral also houses the tomb of Catherine of Aragon