Tipping in Europe – What You Need to Know

Traveling to Europe should be an adventure, but trying to figure out the tipping rules for each country can be a headache.   Here is our quick guide to the ins and outs of tipping in Europe.

At restaurants in Austria you should round up the bill, or tip 5-10%. Tip in cash, handing the tip directly to the server, or tell the server how much the bill should be (including tip) before he or she makes change. For instance, if the bill is 52 Euros and you give the server 60 euros, tell the server “8 euros”

Hotels: Tip porters € 1 per bag and leave a similar amount for the chambermaid each day.
Taxis: Tip 10%, or round up to a higher amount on short trips.
Lavatory attendants: € .50.
Gas-station attendants: € 1 if the attendant fills your tank, washes the windshield, etc.
Railroad and airport porters: Tip € .50 per bag in addition to the official fee.
Sightseeing-tour guides: €1 at the end of the tour, or more for a longer tour or if you were especially pleased with the guide’s services.

Tipping in France is not compulsory but is recommended. The bill in restaurants and cafés usually includes a 15 percent tip. It is referred to “service compris.” However, it is customary to leave some small change unless you are dissatisfied. If the service is not included in the price, “service non compris,” a 15 percent tip is customary. However, in chic restaurants, leave a generous tip. 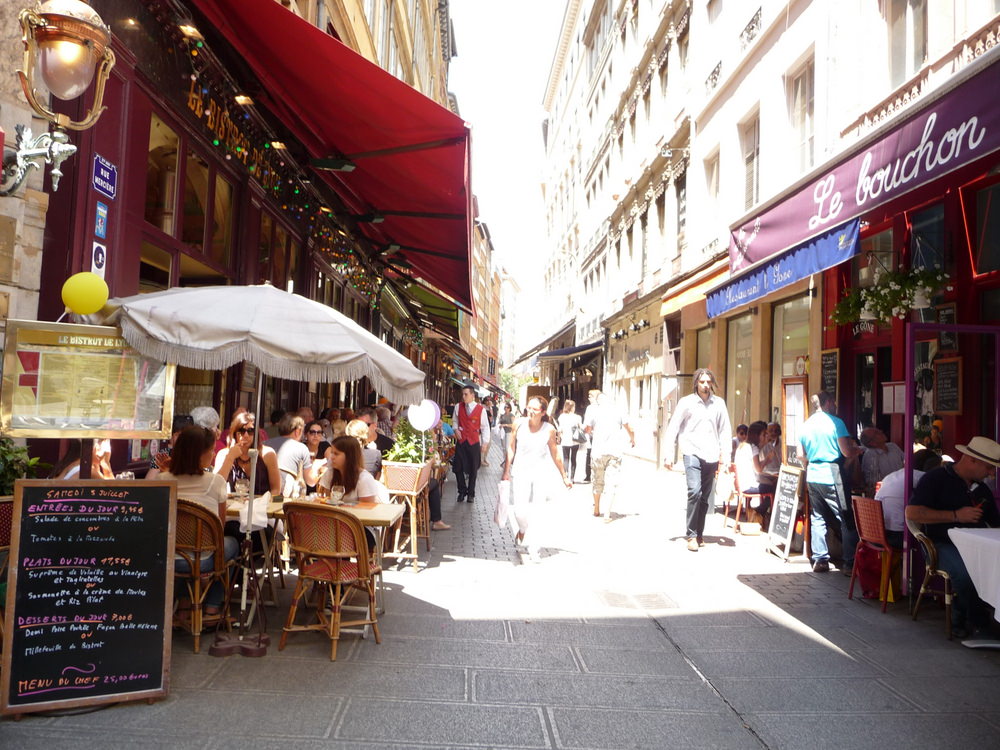 In Germany, tipping is not compulsory, but it is typical to “round up” the amount to an even figure. A rule of thumb is to add 3-5%, generally ending with a full Euro amount. German waiters and waitresses are paid a salary and do not live off of tips as do their American counterparts but it never hurts to be generous.

Be sure to ask for your check; they will not present a bill until asked. And, do not leave the tip on the table; give it to your waiter when you pay.

Hotels: Tip porters € 1 per bag.
Taxis: Tip 10%, or round up to a higher amount on short trips.
Lavatory attendants: € 1 to 0.50.
Gas-station attendants: € 1 if the attendant fills your tank, washes the windshield, etc.
Railroad and airport porters: Tip € .50 per bag in addition to the official fee.
Sightseeing-tour guides: €1 at the end of the tour, or more for a longer tour or if you were especially pleased with the guide’s services.

In most restaurants in Italy, you may find both “il coperto” and “servizio incluso” written on the menu. “Il coperto” is the cover charge, which is generally one or two Euro, and which takes care of things like bread before the meal and a glass of tap water. “Servizio incluso” means that service is included, meaning they’ve already figured in a tip for you – it’s usually around 15% – so the total due on your final bill is all you’ll owe. If the service has been particularly outstanding or you’ve had a great experience, you can compliment the waiter by rounding up or leaving a couple Euro on the table. 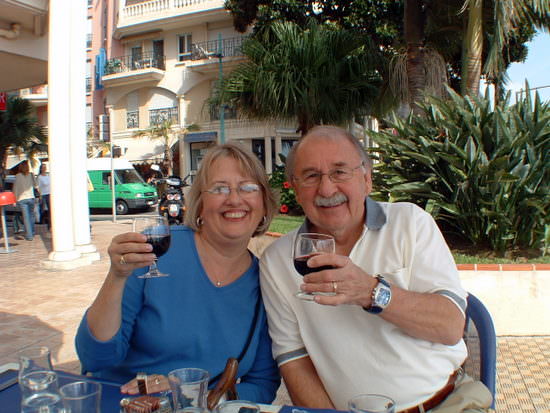 Italy wine break with my brother

Tipping after a meal is only done if you don’t see “servizio incluso” on the menu, or you specifically see “servizio non incluso” (service not included). In those situations, a 10% tip is fine, left in cash on the table or handed right to your waiter.

Tipping in the Netherlands

In The Netherlands, Value Added Tax and service charges are included in your check-in hotels, shops, and taxis. Unlike in the US, this is even the case for your restaurant check. Tips for extra service are always appreciated but not necessary.

It is customary to give taxi drivers and waiters a tip of about 10 percent.
Many public restrooms have an attendant who is usually tipped EUR 0.50.

In every single establishment in Spain, service is included with the price of the meal or drink. However, tipping is a common practice at bars and restaurants, hotels, and taxis, depending on the total price for the service, and on the generosity of the client. It is usually around five to ten percent of the total price.

At Restaurants, a service charge is built into menu prices. However, it is customary to round up amounts when paying the waiter or waitress if you’re happy with the service. This means that you might hand the server CHF 50 for a CHF 47 meal. If you’re paying by credit card, hand the server a cash tip of up to 5%.

Hotels: Tip CHF 1-2 for each bag carried or service rendered, depending on the class of your hotel. Consider leaving CHF 1 per day for the hotel maid. In a resort hotel, you might want to leave a tip with the manager for dividing among the staff. (The amount will vary according to the length of your stay, the price of the accommodations, and your own generosity.)

Taxis: A service charge is included in Zürich cab fares; it may not be in other parts of the country. And as in restaurants, round up or add 5% when you’re happy with the service.

Tipping in the United Kingdom

Tipping is generally un-necessary in the UK, but if you feel the service was good and you want to show your appreciation, you certainly may.

The rule of thumb of tipping in Europe is to simply round up. If you are happy with the service, a tip of 5% is good and a tip of 10% is generous.

Tipping in Europe – What you need to know was Written by Terri Fogarty for EuropeUpClose.com

This is perfect. I traveled across Europe when I was younger and this would have been really helpful to understand. Thanks so much fro sharing this!

Tips on Tipping in England

[…] Click here for practical information on tipping in Europe […]

This article contains a lot mistakes. In all of the EU there is almost certainly no extra charge for tipping. It is almost always included in the total bill. Europe is not America. No waiter or waitress lives on tips. So don't give them any. Only of you really want to but there is no obligation whenever it comes to tipping.

Hi Navros, I think you will see that I said that in most cases the tip is included in the payment. But, most people round off the bill to include a small extra tip. There is never an obligation to tip, it is just a way to reward good service.

I remember that in Italy it was very similar to the U.S. in terms of what we tipped for good service.