If you want to learn more about Latvia, this post offers comprehensive Latvia tourist information designed to make it easy for you to plan your trip. Latvia is the middle of the three Baltic republics that gained independence after the fall of the Soviet Union. It is bordered by Estonia to the north, Russia and Belarus to the east, Lithuania to the south and the Baltic Sea to the west. A 2010 census put the population of Latvia at just less than 2 million. Riga, the spectacular capital city that has long been a hub for shipping and trade in Northern Europe, is home to 800,000 Latvians. 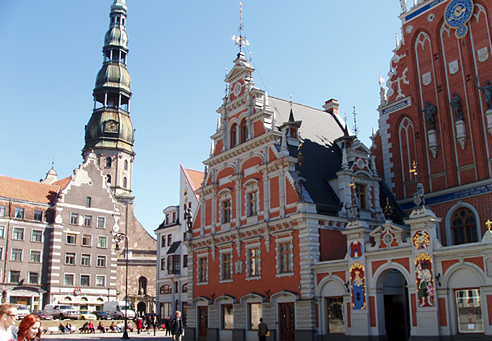 Latvian winters are long, cold and dark. On the flip side, the summers are pleasantly mild, and daylight in June and July can last for 17 hours.

Latvia is a member of the Schengen Zone, so US citizens can enter for up to 90 days with only a passport. For longer visits, contact the nearest Latvian embassy.

Obtaining a US Passport
The US Government Website is where to start.

Visa Information
The Latvian Embassy in Washington is a great resource for visa information.

Culture and History
The territory of present-day Latvia has long been occupied by the many Northern European empires that have come and gone over the last 800 years. The city of Riga was founded in 1201 by a German bishop who found a loosely organized pagan culture living in and around the area. Riga became a major trading hub as a member of the Hanseatic League during the late Middle Ages, which contributed to the prosperity of the city and region. As the Hanseatic League waned, much of present-day Latvia was absorbed into the Polish-Lithuanian Commonwealth, then the Swedish empire, then finally imperial Russia. 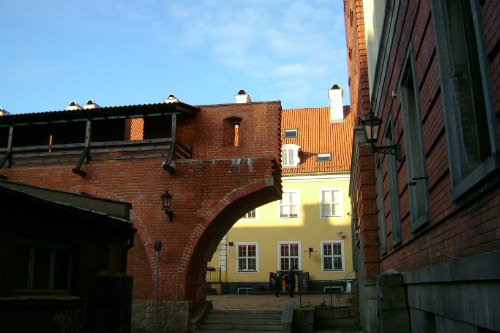 Only in the late 19th Century did the idea of Latvia as a united nation gain traction. The three historical regions — Vidzeme, Kurzeme and Latgale — began to identify as one culture with a common language, Latvian, while czarist Russia began to fall. After the first World War, Latvia emerged as an independent republic in 1920. The first republic survived for just 21 years until it was invaded by the Soviets, then Nazi Germany, and then again the Soviets. Soviet occupation officially lasted until 1991, when the second Latvian Republic was formed in the wake of the collapse of the USSR.

The first post-Soviet decade was wild as Latvians began to stand on their own. The new millennium saw Latvia’s acceptance into the EU in 2004 and a booming economy emerged until the worldwide banking and financial crisis destroyed a full quarter of the Latvian economy. Latvia is still somewhat in search of an identity. As a small country with a unique language and culture, it has been at the mercy of seismic shifts across Europe’s history. This is the necessary context through which any visitor must come to understand and appreciate this country.

Currency and Money in Latvia
Latvia uses the Latvian lats, which is pegged to the euro at an approximate rate of 1 euro to 0.7028 lats.

Driving in Latvia
Latvians drive on the right and pass on the left. Seatbelts are required for all passengers. Latvia has one of the highest rates of road fatalities in Europe, and it’s not hard to see why. People drive very aggressively with little regard for pedestrians, cyclists and other vehicles. If you plan to drive in Latvia, you need an EU driver’s license or an international driver’s license, which you can get from AAA for about $15. After six months, you need to obtain a Latvia-issued license.

Under no circumstances should you ever drink and drive. Traffic police control for this often with checkpoints, and the penalties are severe: a $2,000 fine and an invitation to one of Latvia’s cozy jails. 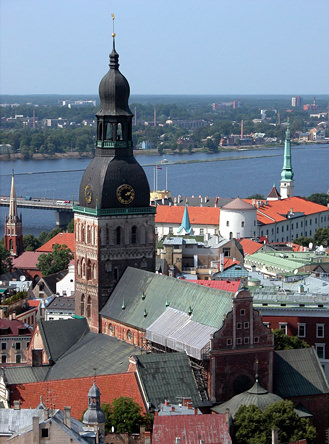 Electricity in Latvia
Americans will need a converter for their electronics in Latvia. Latvia uses the Europlug Type C, with the two round plugs, and operates on 220-230v. If you find yourself staying in an older hotel or apartment, it would be wise to test a socket first with an electric shaver or hair dryer before plugging in your laptop or phone.

Emergency Numbers in Latvia
Latvia has the same 112 emergency number as the rest of the EU.

Etiquette in Latvia
Latvians will not appear outwardly gregarious — or even very friendly — to strangers, and a smile can be hard to come by. However, once you break the ice, you will find Latvians are sincere, easy to talk with and quite welcoming.

When meeting people: men always shake hands for greetings and goodbyes. For women, it’s not quite as clear: Sometimes a kiss on each cheek is appropriate in close company, a handshake is often best in formal situations, and sometimes a simple “Hello” will suffice. If you are unsure, wait for the other person to make a move. As long as you are courteous, it will all go smoothly.

It’s a good idea to repeat back someone’s name a couple of times upon introduction. Latvian names are often ancient and without an English equivalent. Don’t worry. Just ask for clarification of the pronunciation. Most Latvians understand that everyone struggles mightily with the language and they will surely appreciate the effort.

If someone invites you to his/her home for dinner; bring a gift. Sweets, wine or flowers are always welcome. Remember to remove your shoes at the door. Your host may offer you house shoes, especially in the winter. In the very likely event that alcohol is served, be sure to toast each person with a cheers (“Prieka!”), a tap of the glass and eye contact.

Public Hours in Latvia
Public offices are generally open between 9 am and 5 pm, Monday through Friday. Many banks and post offices, especially in larger cities, will stay open until 6 p.m. You should have no trouble finding an open supermarket any day of the week between 8 a.m. and 8 p.m. Please note that alcohol cannot be sold for off-license consumption after 10 p.m.

Safety
In Riga, safety is seldom an issue outside of the normal petty crime found in every large city. Apply common sense, secure your wallet and passport in crowded areas, and don’t walk around places you find suspicious. 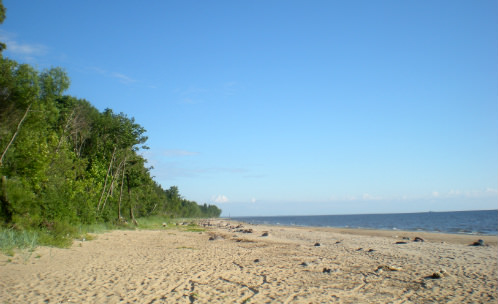 Throughout the country, a couple of issues are worth mentioning. First, alcoholism is pervasive throughout the society, and you are very likely to encounter drunks in public all hours of the day. This is generally not a problem, but a little vigilance can go a long way in helping avoid a conflict. Second, the US State Department cautions that they “have received reports of racially motivated verbal and sometimes physical harassment of foreigners and ethnic minorities in Riga and other major cities. Foreigners and ethnic minorities have also been subjected to extra scrutiny by security guards in shops and malls in Riga. In addition, homosexuals have experienced verbal and sometimes physical harassment.”

Tipping in Latvia
Tipping is not expected in most situations, but it is appreciated. As a rule of thumb, leave 10% for good table service at a restaurant or lounge, and perhaps 50 santims (a half lat) for bartenders and cab drivers.

Weather in Latvia
Latvia has cold winters with lots of snow, and mild summers with 16 or 17 hours of daylight. In between, the spring and autumn can be cool and wet. The sea moderates the weather in the western half of the country, but the east of Latvia is somewhat susceptible to weather fluctuations and some literally breathtaking cold snaps. In the summer, almost everyone goes to the sea to cool off because few people in Latvia own air-conditioners.

Getting Around in Latvia

Air
Latvia’s national carrier, airBaltic, has dozens of connections around Europe at reasonable prices. The low-cost airline, Ryanair, serves many points in the UK and Germany, as well as Dublin, Oslo, Stockholm, Brussels, Milan and Rome. If you are flying 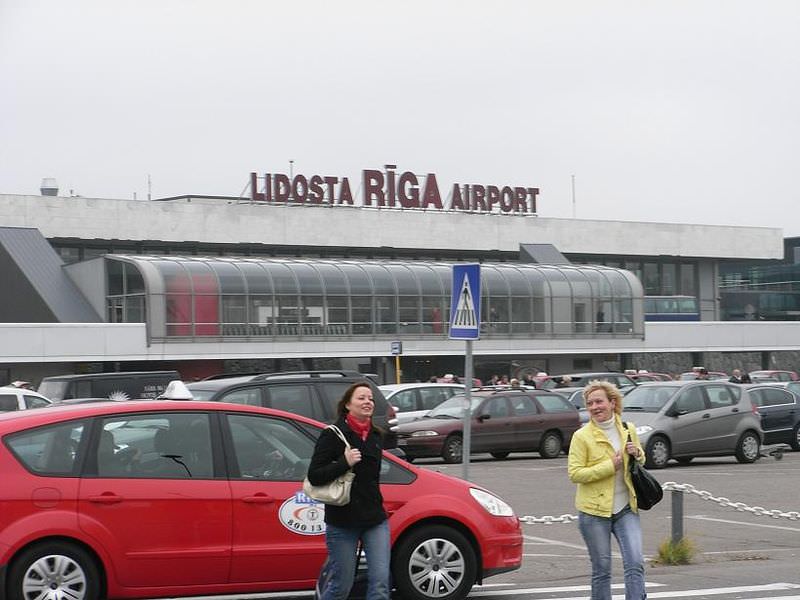 from the US, SAS connects to many major Latvia cities through either Stockholm or Copenhagen. A special tip: Uzbekistan Airways has a direct flight from JFK to Riga once per week. You have to book this flight by phone; the Uzbekistan Airways office number in New York is +1 212-245-3627.

Boats and Ferries
There is a daily ferry, Tallink, which runs between Stockholm and Riga.

Buses
Both Eurolines and Ecolines connect Riga to the rest of Europe with daily service to Estonia and Lithuania.

Car Rental
Many major and smaller car-rental companies can be found throughout Latvia. Please have a look at this guide if you are considering renting a car in Latvia.

Rail
Latvian Railways runs a single-spoke system so that all lines radiate out from Riga. International train service connects with St. Petersburg, Moscow, Minsk and Valga, and Estonia. To connect to Lithuania, you will need to take the train to Daugavpils, spend the night, then catch the morning train intoVilnius. The bus is a much, much better option for southbound travel. 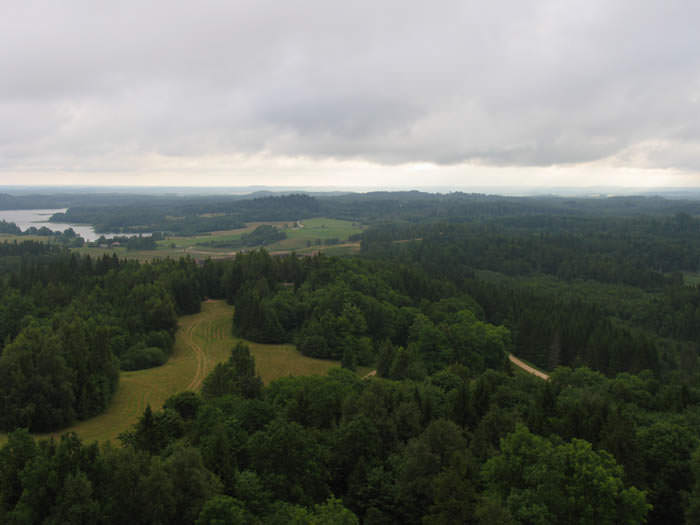 Taxis that are well-marked charge a standard rate and always run their meters. The easiest cabs to spot are run by Baltic TAXI and are of such a vivid color of lime green that they might be visible from space. There is also a service with only women drivers, Lady Taxi, and their taxis are equipped with child safety seats.

Medical facilities and services are decent in cities. However, finding responsive health care in rural areas during an emergency could prove difficult, especially if you speak neither Latvian nor Russian. If you plan to venture out into the Latvian wilderness, definitely bring a first-aid kit.

Personal Medications
Prescribed medicines can be brought with you in their original containers with the prescription. Over-the-counter medicines such as Ibuprofen or TheraFlu are reasonably priced and available at any pharmacy (“aptieka,” marked with a first-aid cross).

Latvia offers a wide variety of lodging options, especially in Riga. Everything from short-term apartments to elegant, five-star hotels are available. 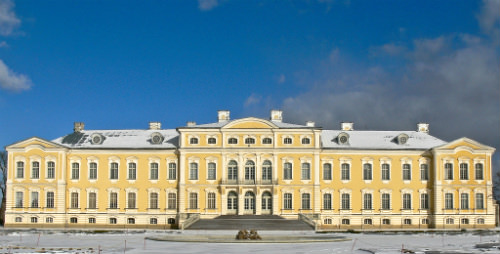 The capital city of Riga should be, and likely will be, your starting point for exploring Latvia. Pencil in at least a couple of days to discover this historic city.

Jurmala is the seaside city just west of Riga, and is a very popular destination for visitors looking for pristine beaches and a variety of fine health spas.
Sigulda is the gateway to a Gauja National Park, and the area around it features a wide range of outdoor activities.

Rundales Palace, located in the south of Latvia, is a grand testament to the wealth of some of its citzens inLatvia, while Liepaja, on the west coast, is regarded as Latvia’s capital of rock ‘n’ roll.

The country code for Latvia is +371. All domestic calls require just an eight-digit number. If you have a mobile phone with you, a Latvian SIM card is cheap and available at any mall or supermarket.
Useful Country Codes
US and Canada +1?UK +44

Non-EU citizens may claim a value-added tax (VAT) refund when leaving Latvia. Please see this Latvian Government page to determine whether your spending qualifies you for a VAT refund as you leave the country.