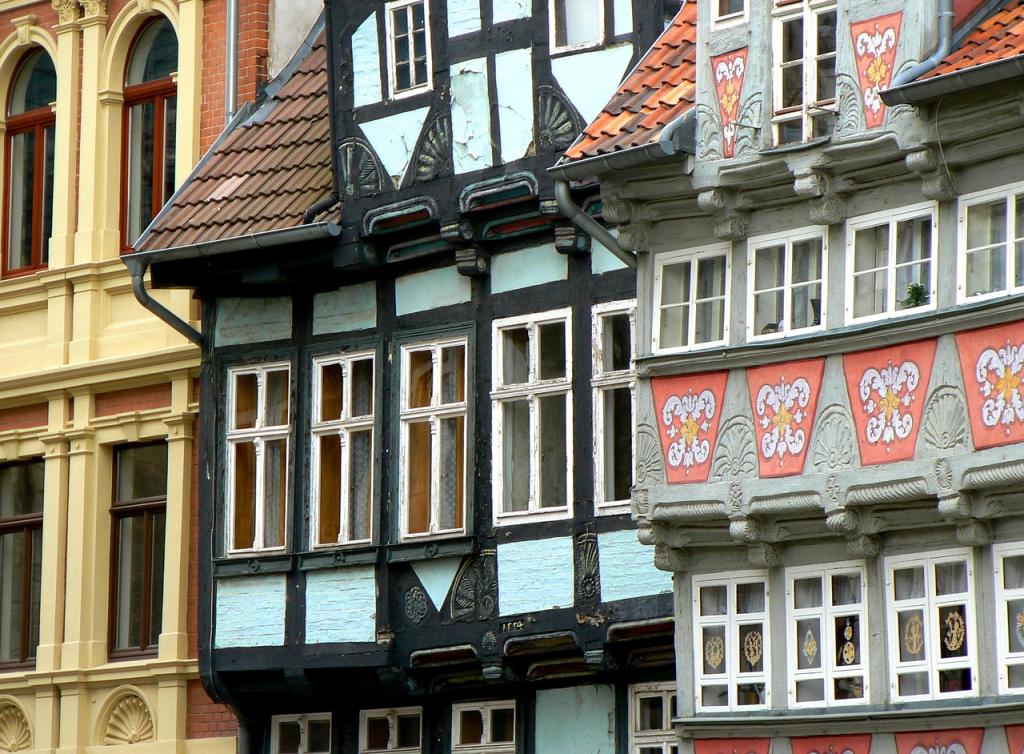 Be enchanted by Germany’s Harz Mountains

What first springs to mind when thinking about Germany’s fairytale landscapes of the Brothers Grimm may be the Black Forest. Think again and cast your eyes further North, to one of Germany’s  undervalued but extremely fascinating regions: the Harz mountains.

In fact, many of the stories collected by the Brothers Grimm originate from the Harz Region. Silver mining was an important industry during the Middle Ages, hence the tale of Snow White and the Seven Dwarves. None other than Johann Wolfgang von Goethe set the most important scene of his epic drama Faust on the Harz’ highest mountain, the Brocken and the Walpurgis Nacht, a witchcraft festival which still takes place on April 30th each year. 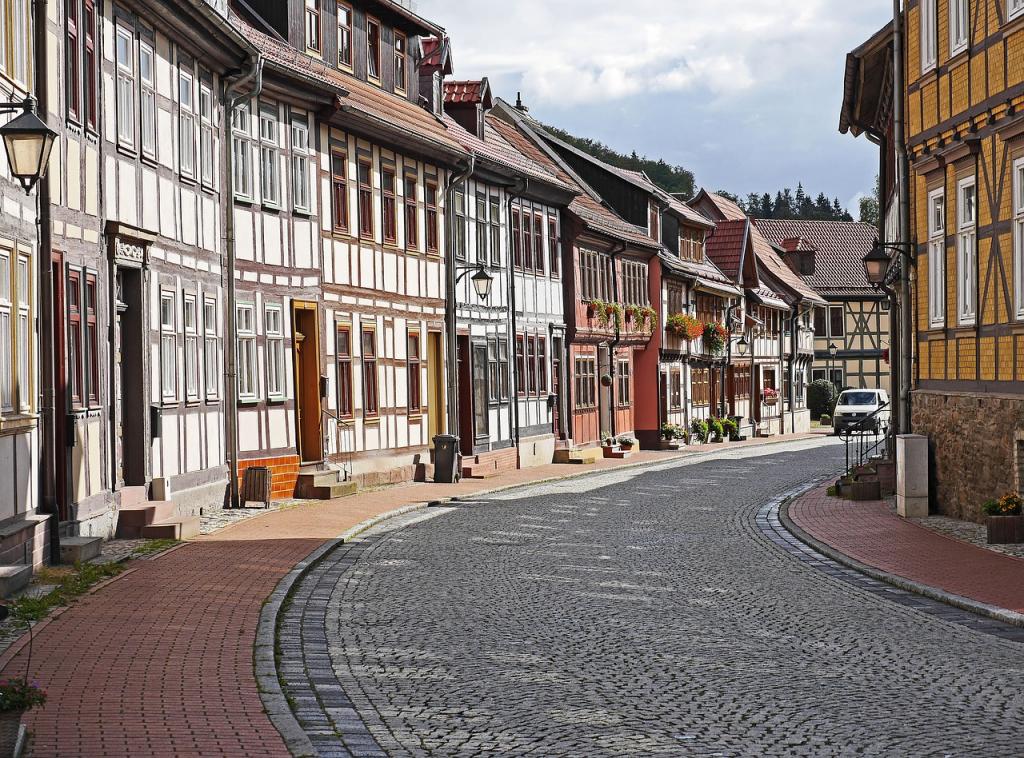 The Upper and Lower Harz is distinguished by dense forests, fir tree in the North, beech and mixed wood in the South. Plenty of rainfall is responsible for lush vegetation and many rivers and lakes.

From cities like Goslar to villages like Quedlinburg and Werningerode, the Harz’ fairytale character is defined by narrow streets and the richly carved, timbered and half-timbered houses, stained glass windows, and gargoyles.

In summer it’s hiking and in winter all kinds of winter sports which make the Harz a prime destination for all tastes and interests. Not to mention the history of imperial Germany with several UNESCO heritage sites.

We will take you on an itinerary, touching on the most important places of the region. For further details consult this website. 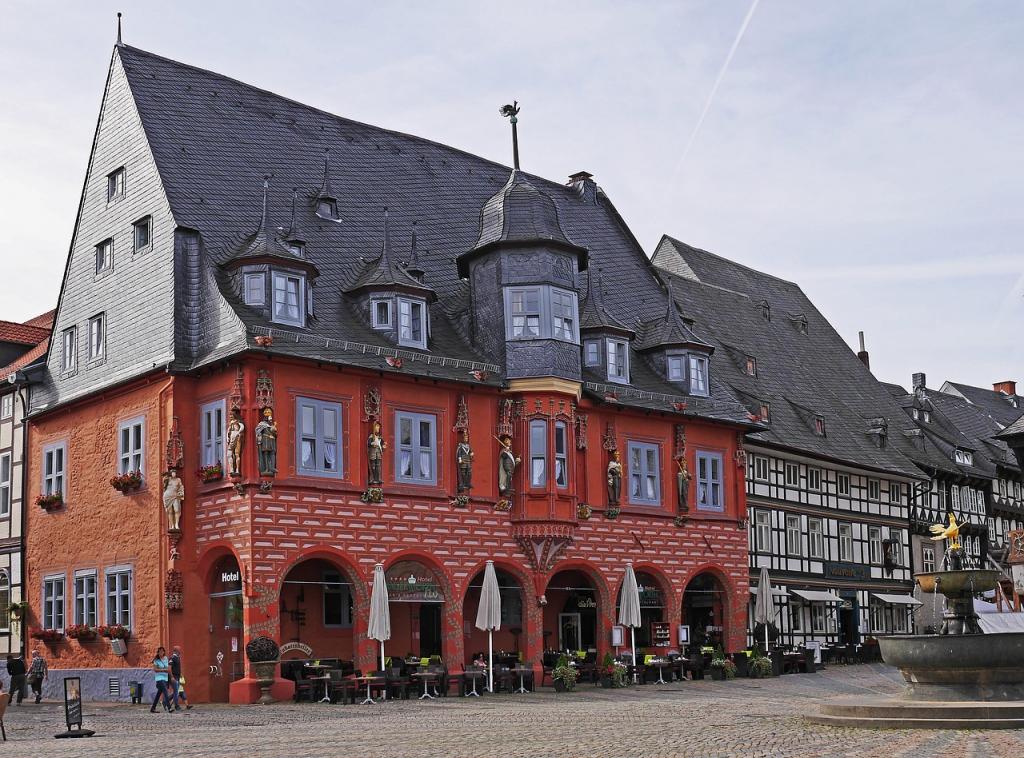 Located at approx. 70km SE of Hannover and immediately at the Northern border with the Harz region, Goslar is also known as the Kaiserstadt or Imperial City. In 1024 when Conrad II became King of the Romans, he founded a huge castle, called Kaiserpfalz which over the centuries was a favorite seat for many kings and emperors. Today, a reconstruction is one of the most important buildings to visit in Goslar.

First iron ore and then silver was discovered in the mountains and for centuries mining was the basis for the wealth of Goslar. The Rummelsberger Mines are a UNESCO World Heritage Site as is all of Goslar’s Old Town. Tourists delight in strolling along the narrow streets, admiring the half-timbered houses some with doors just high enough for one person to enter and browsing in the many quaint shops and boutiques.

Goslar is the ideal starting point for exploring the Harz and you may want to stay in the exquisite Hotel Der Achtermann.

The best and most legendary part of the Harz lies further east and is fortunately accessible after reunification. 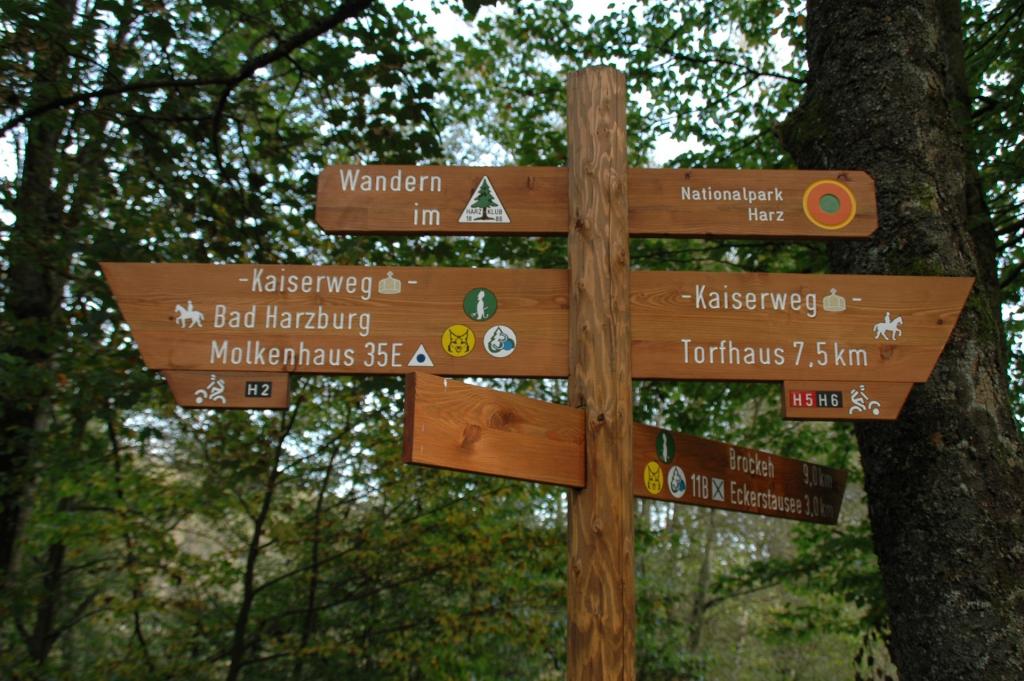 As the word ‘Bad’ indicates in German, Bad Harzburg is a well-known saltwater spa and climatic health resort. You can take ‘the waters’ and listen to concerts in the Kurhaus, wander along the streets and admire the typical 19th-century Fretsaw style timbered houses or hike up to the Burgberg, rising over the center of town.

Walking in the woods in the Harz may bring you a pleasant surprise: it’s not uncommon to find chunks of amethyst and rose quartz. You can also take a cable car up to the Burgberg and walk down.

Sadly, the oldest and most luxurious spa hotel, Harzburger Hof was destroyed by fire in 2013, but plans are underway to build a new one. Still, plenty of hotels and B&Bs cater to any visitor who might want to stay overnight.

It’s time to mention a curiosity of the Harz mountain Region, the Harzer Roller. On the one hand, it’s the name of canary birds which are still sold in many places. During the mining period, their role was to alert the miners to poisonous gases when working underground where they were also taken in their cages.

On the other hand, it’s a fresh cheese made from goat milk and flavored with cumin. It takes knowledge to eat the cheese which is sold in chunks like big sausages, rolled in cellophane, at the right time: too early and it tastes of nothing, too late and it starts melting and …smelling very strongly indeed.

Get a snack in Bad Harzburg, traditionally served with pickled onions and mustard on a roll. 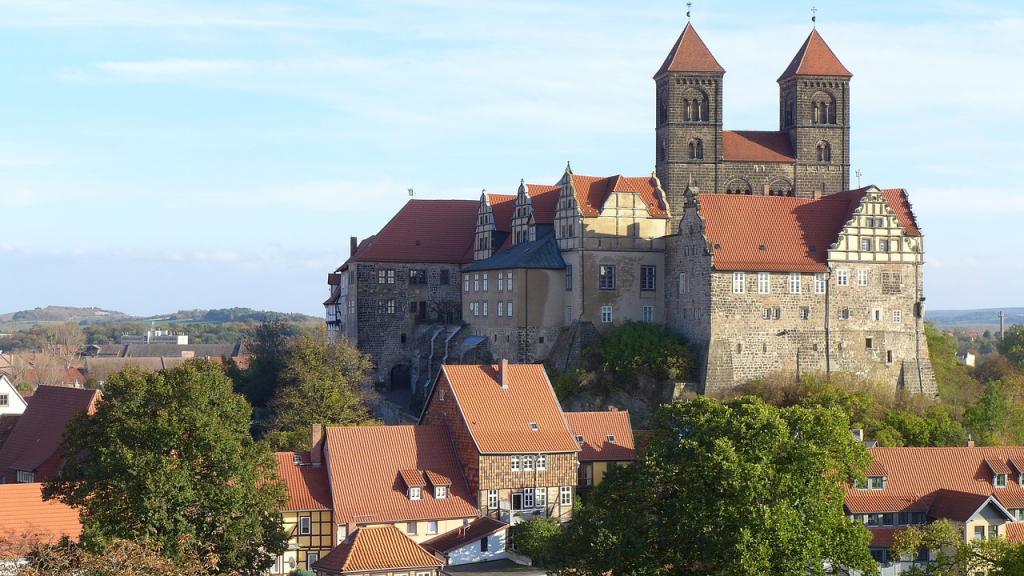 If you want to see a quintessential well preserved medieval town, Quedlinburg is the place to go. The incredibly picturesque buildings date from more than 5 different centuries, whereas beautiful art décor buildings have sprung up on the edges.

Topping it all is the majestic medieval castle, the history of which is closely connected to that of the Kaiserpfalz in Goslar. A feast for the eye and all lovers of history and architecture, it’s no wonder Quedlinburg has been added to the list of World Heritage Sites. 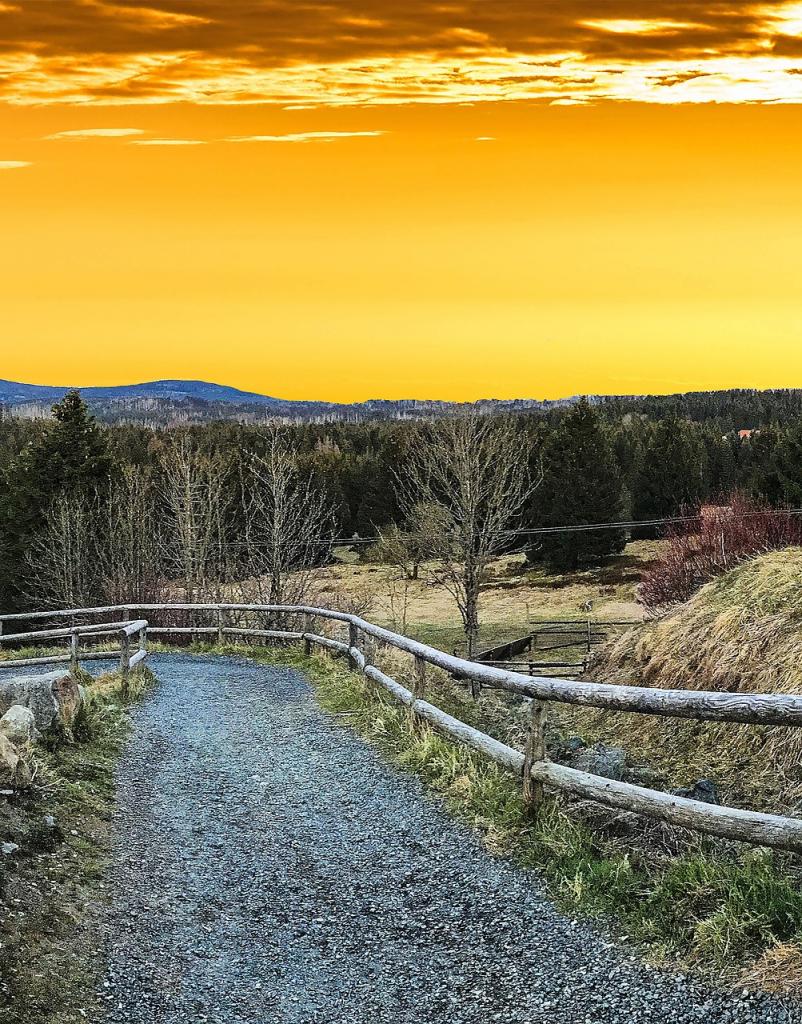 At a height of 1441 m, the legendary Brocken is the highest elevation in the Harz mountains. Not only did Goethe choose the mountaintop as the scene for his Faust, he also loved to hike there as do countless visitors ever since.

In the winter, the Brocken is covered in snow and features several lifts and slopes for skiing. Take the old fashioned little steam train to reach the summit and then walk in the footsteps of Heine and Goethe to the Torfhaus for well-deserved coffee and cake. For hiking trails click here.

See the witches’  altar and devil’s pupil and enjoy Walpurgisnacht if you happen to visit on April 30th. Buy a little hand-carved witch as a souvenir that you have been to Germany’s most closely connected mountain to witchcraft, ghosts, gnomes, and fairies.

The nearest international airport for your Harztrip is Hannover.

You will find plenty of comfortable B&Bs in the region as well as hotels. If you use our hotel booking comparison site, you’ll find the best price by comparing multiple booking sites at once – at no cost to you: >>Hotels and B&Bs in the Harz Mountain Range

Although tourism is an important source of income for the Harz, the majority of visitors are German, Dutch and Scandinavian. As English is taught in every school, there should be no language problem.

Make the Brothers Grimm come alive with your visit to the Harz mountains and discover a part of Germany which is very different to the better-known regions.

Enchanted by Germany’s Harz Mountains was written by Inka Piesga-Quischotte  for EuropeUpClose.com. 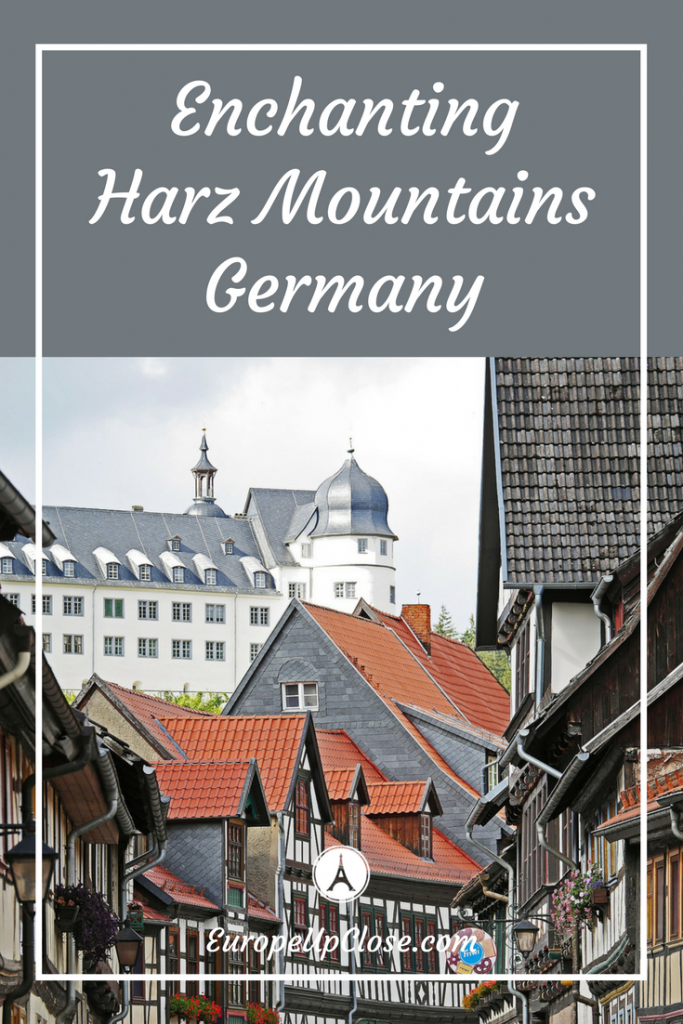