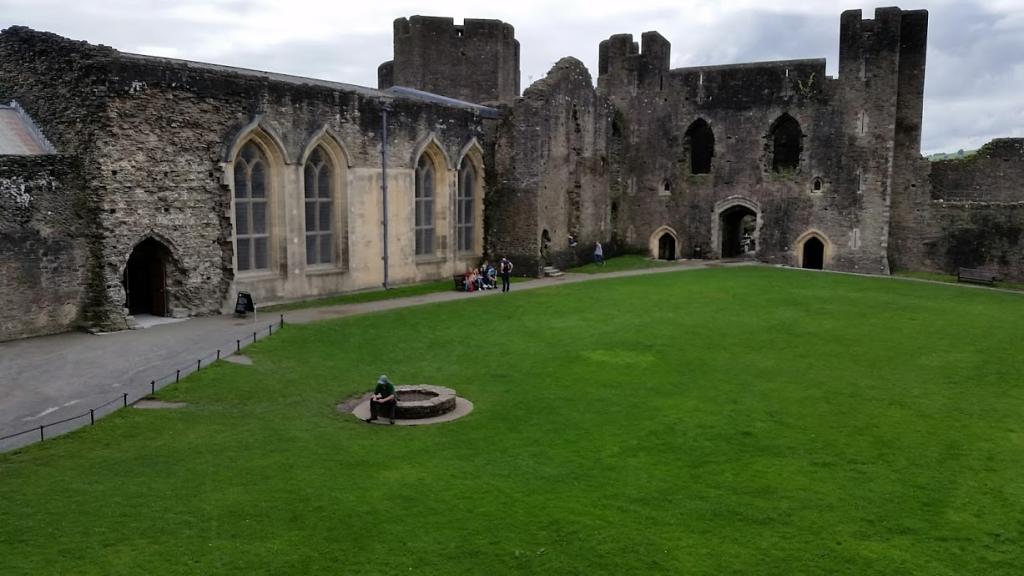 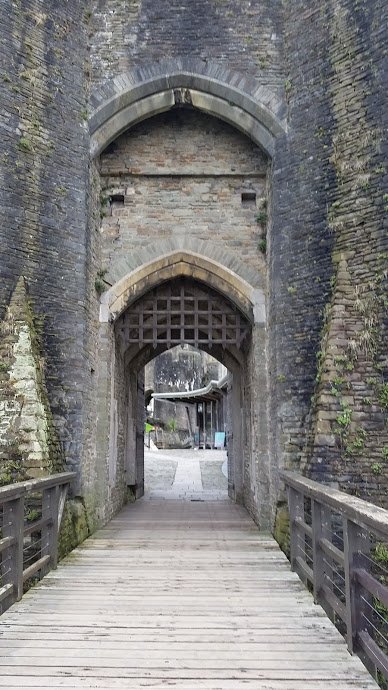 Every year I visit my late father’s home in Caerphilly in the South of Wales.  I grew up hearing stories about Caerphilly and my dad’s experiences from the age of fourteen working in the mines.  The stories he told that I loved most were the ones about the castle where he used to play as a child:  Caerphilly Castle

Each year when I am there I pay a visit to the castle and walk the narrow stone passageways, explore the big rooms where once queens and knights lived.  I tell friends that Caerphilly Castle is “my castle”. One of the most intriguing stories surrounding the castle is the tale of the Green Lady who is said to haunt it, her ghost often appearing atop the walls.

The castle was built by Gilbert de Clare in the 13th century as part of his campaign to conquer Glamorgan. Surrounded by moats and an artificial lake it is considered to be one of the most elaborate water defenses. It occupies over 30 acres (12 hectares) and is the second largest castle in Britain.

By the 15th century, it fell into disrepair and the walls were robbed of their stone. The Marquis of Bute acquired the property in 1776 and began to restore it. Today the Welsh Heritage Agency manages the site as a tourist attraction. 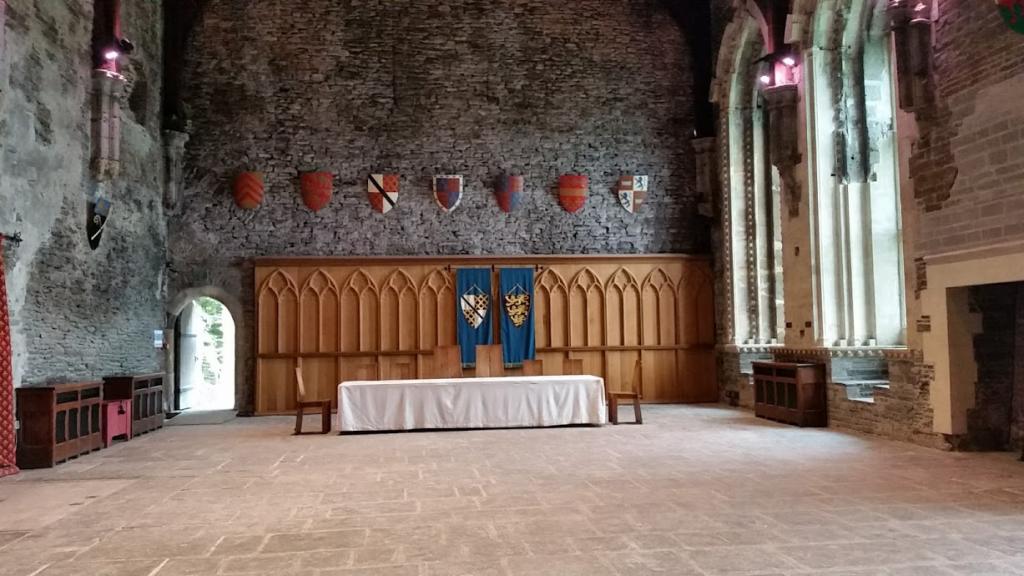 Caerphilly Castle isn’t the only castle in that area, there are actually quite a few castles in South Wales. I learned about two more from my cousin and we set off to explore them. Our first visit was to the Van Castle, the construction of which added to the demolishing of part of Caerphilly Castle.

Van (in Welsh Y Fan) is actually a small suburb just east of the town of Caerphilly. It is mainly a housing estate and has residential properties nearly all which were constructed post-war.

In the 1580’s permission was given to build a manor house, known as Van Castle. Unfortunately, this construction led to more destruction of the original castle of Caerphilly. The castle is located on a gated estate. A sign outside says that it dates from 1415 but the dressed stone used in the building came from Caerphilly Castle in the 16th century.  Van Castle was abandoned in the mid 18th century and what remains is now part of a private estate. 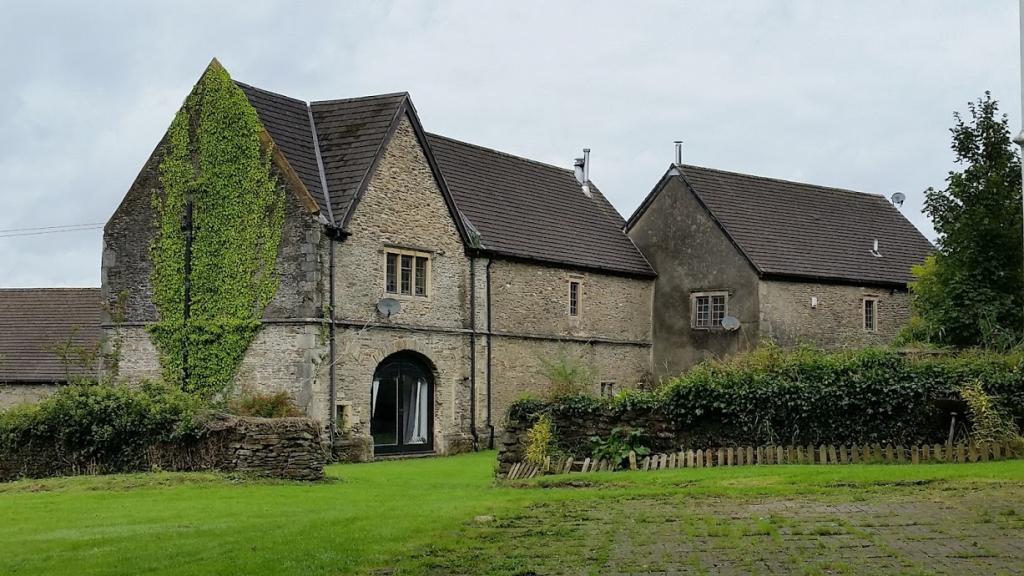 From Van, my cousin and I drove a few miles farther into the verdant Welsh countryside and finally parked at the entrance gate of an area known as Coed Craig Ruperra, a beautiful wooded hillside that was originally part of the Ruperra Castle estate. It is now owned by the Ruperra Conservation Trust which helps conserve and restore the biodiversity and heritage of the site.

We took the main track up from the parking area. It was a long hike up the woodland trail but I enjoyed the quiet stillness of the woods as we walked through. Once this area was dense with conifers but since the 1990’s it has been cleared making it a pleasant place to walk and enjoy the views. 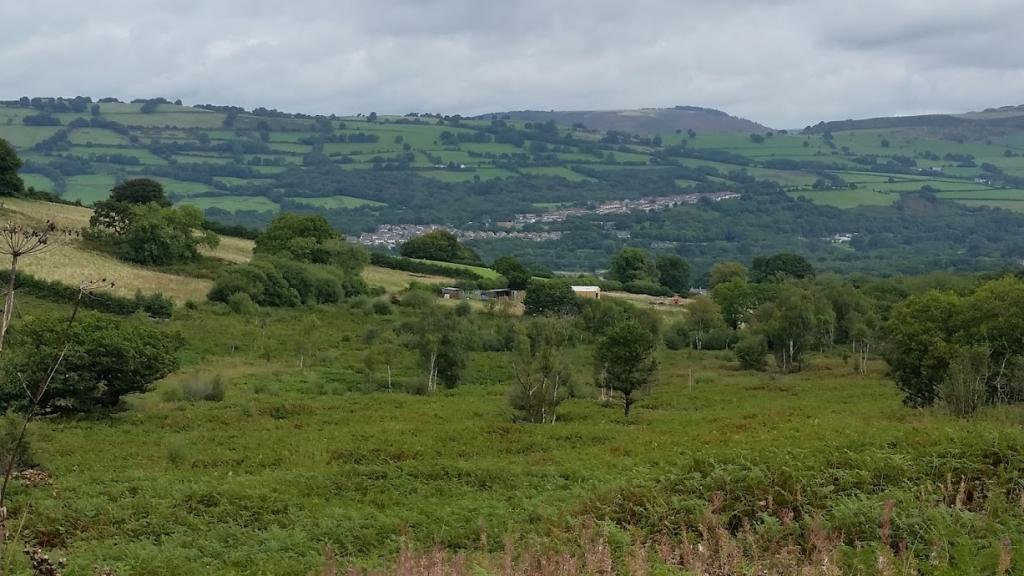 There are over 35,000 native broadleaved trees such as oak, ash and hazel and dense evergreens. Various types of habitat form the woodland and grassy heath. New ponds were added for frogs, toads, and newts. Many species of birds such as Blue Tits, Nightjars, and Blackbirds nest in the tees.  There is even a roost of rare Greater Horseshoe bats that forage there. The woodland is open all year for walkers and horse riders to enjoy the paths.

The woodland has a long history of occupation by people. Once an Iron Age hillfort crowned the hilltop. Later a Norman Motte and bailey castle were built by the Normans. The Motte is still evident by a prominent mound on the summit of the hill. People lived on the Motte in medieval times and later in the 17th century, a two-story stone summerhouse was built there.

Finally, we reached the crest of the hill and across the fields caught a distant glimpse of Ruperra Castle. The castle was built in 1626 by Sir Thomas Morgan. It’s a typical Jacobean courtier’s house popular in the 16th and 17th centuries. In 1645 King Charles 1st stayed there after a famous battle. There was once a deer park where the Duke of Beaufort feasted and beautiful grassy slopes where people rode up to the summer house for tea. 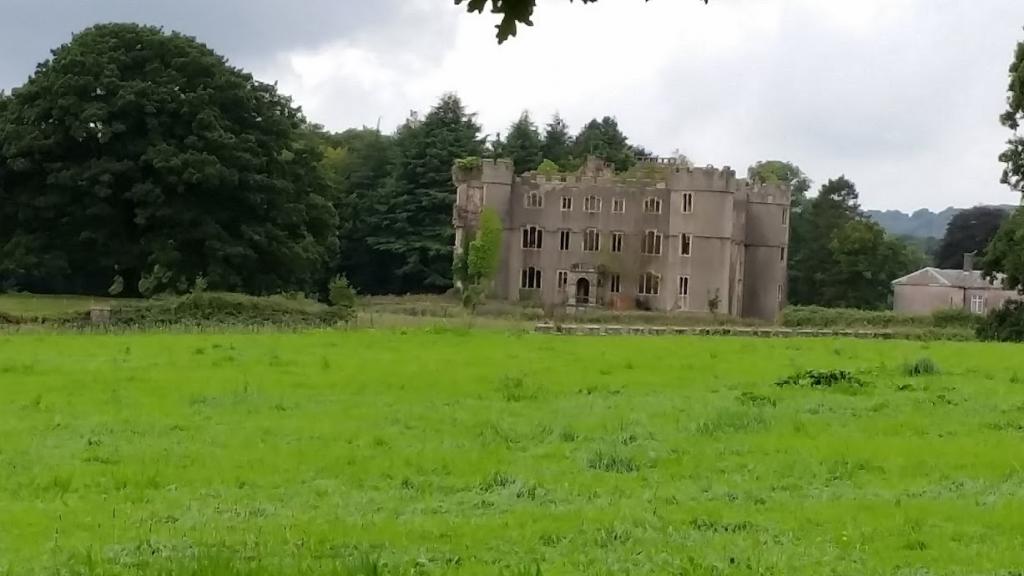 The castle was destroyed by fire in 1785 and later rebuilt. Captain Godfrey Charles Morgan of the Charge of the Light Brigade became Lord Tredegar and his family occupied Ruperra for some years enjoying a heyday as a Victorian country estate with gardens and parklands.  During the WW2 British troops were billeted there and the castle was again destroyed by fire. After the war, it was sold as a farm and for over 50 years it has stood as a ruin amid the overgrowth of vegetation. It is now in the care of the Ruperra Castle Conservation Trust.

It had been a long trek to reach Ruperra Castle, but the experience was interesting and informative. We returned to Caerphilly and enjoyed lunch at the Courthouse Pub overlooking Caerphilly Castle. The whole experience made me feel more connected to my Welsh heritage and I’m looking forward to my next visit to Wales do more exploring and maybe visit some more castles in South Wales!

Castles you Can Stay in Wales

Did you know that some of the castles in Wales are actually hotels and you can spend the night there? This definitely adds some special memories to your trip to Wales. And it doesn’t necessarily have to break the bank. In some of these Welsh castles, you can stay for around $125 a night. Of course, the more luxurious ones might cost you a bit more, but there is a castle in Wales for (almost) any budget. Here are some of the most beautiful castles you can stay in Wales: 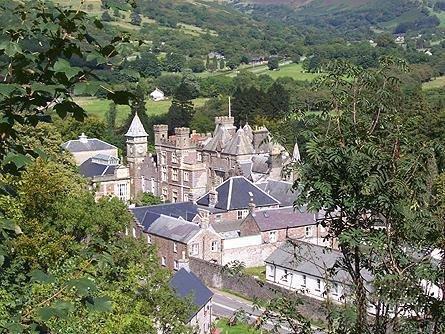 3 Castles in South Wales Worth Visiting was written by and photos by W. Ruth Kozak for EuropeUpClose.com. She also wrote the following books about Greece and Greek History:

3 Castles in South Wales Worth Visiting – Pin for later: 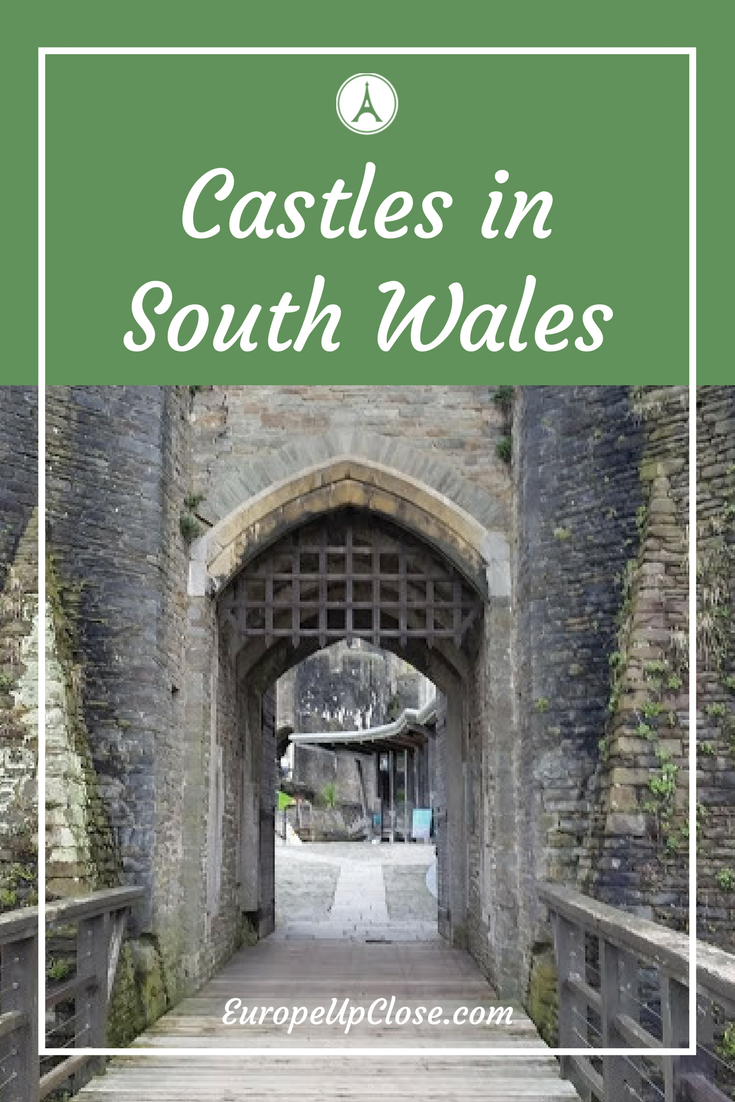 Castles to Stay in Wales – Pin for later: 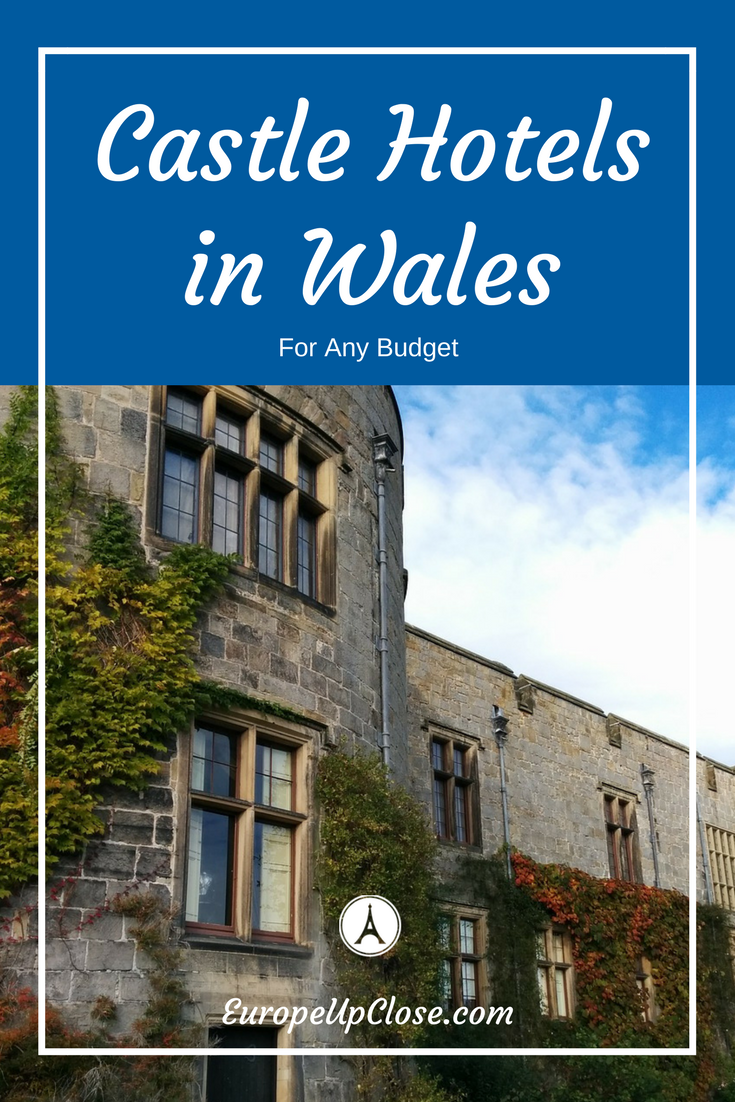 Thanks for sharing this article. Wales is beautiful and the castles are stunning, steeped in so much history.