The Auvergne is a region located in the heart of France – approximately 3 hours south of Paris and 3 hours from the south coast.

The region is comprised of four departments – the Allier in the north, the Puy de Dôme in the centre, the Haute-Loire to the east and the Cantal in the south.

It is an area of plains, deep cut river gorges, crater lakes, plateaux, exceptional flora and fauna…and volcanic mountains, and the stunning beauty and variety of its landscapes is one of its greatest attractions.

Clermont Ferrand, the capital city of the Auvergne, is located in the Puy de Dôme and occupies a dramatic

position surrounded by the mountains of the Sancy range and is overlooked by the Puy de Dôme itself (1464m). The city is home to one of the world’s largest tire manufacturers, Michelin, which accounts for one third of the regions exports, employing 20,000 people in the region and 130,000 worldwide.

The Auvergne contains two of the largest regional nature parks in France, the ‘Parc Naturel Regional des Volcans d’Auvergne’, covering over 395,000 ha along a north south axis of about 120km/75miles, and it’s smaller neighbour, the ‘Parc Naturel Régional des Livradois-Forez’, covering 300,000 ha along the line of the Dore Valley – making this area the largest environmentally protected area in France. 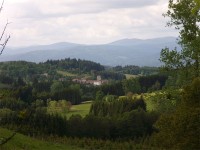 The volcanoes of the Auvergne are what make the region so unusual and distinct from other mountainous landscapes such as the Alps. The volcanoes vary in appearance depending on their formation, type and age.  Volcanic activity started some 35 million years ago, giving birth over a number of eruptive phases to the current dramatic landscape. This violent disturbance of the earth surface gave rise to several underground aquifers which feed the many mineral and thermal springs serving such spa centres as Vichy, La Bourboule and St. Nectaire. Chaudes-Aigues in the Cantal has the hottest waters (one has reached a temperature of 82 degrees Centigrade) of any thermal spring in Europe.

The landscape of the Auvergne makes it the ideal location for Vulcania, Europe’s first themed park dedicated to the discovery and study of volcanoes. Vulcania is located 15km west of Clermont Ferrand. The park is a great place to learn about the forces that shaped the landscape millions of years ago with several themed ‘rides’ and attractions to enjoy at the same time.

The region has a rich diversity of animals such as the otter, the eagle owl, black and red kites, atlantic salmon and the European pond turtle. Mouflon, originating from Sardinia and Corsica, are found in large numbers on the slopes of the Sancy and Cantal massifs and can often be observed when out hiking.

Cycling, rambling, water sports, cross country and downhill skiing, para-gliding, ballooning, horse riding…the Auvergne has it all. The variety and uniqueness of its terrain lends itself to a great range of outdoor activities and has made the region one of the must places to visit for lovers of outdoor pursuits. Well signposted tracks and trails serve the mountain biker and hiker of all abilities and the ski regions of the Puy de Dôme and Cantal offer good skiing for the cross country, beginner or intermediate downhill enthusiast. 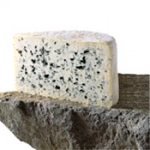 The cuisine of the Auvergne is naturally rustic in nature with ‘Truffade’ and ‘Aligot’ typical of the carbohydrate laden local dishes. The area is famous for its green (Puy) lentils which grow exceptionally well in the rich volcanic soil. Many quality cheeses are produced in the region. Among the most famous of these are the round, flat cheese called St.Nectaire; Bleu d’Auvergne which is reminiscent of Roquefort and Cantal, all of which have achieved AOC classification and are still farm produced. Cheese lovers can take a tour of farms producing cheese and observe how it is made in the traditional style by following the ‘Route de Fromage.’

If you want to experience all that the Auvergne has to offer visit Auvergne France Vacances website and choose from over 70 self catering properties from mobile homes to apartments to gites to suit all budgets. Auvergne France Vacances, established in 2000, is based in the Puy de Dôme region with properties in Murol, St. Nectaire, Besse, Superbesse, Aydat, Mont Dore and Lac Chambon.