Nestled in the woodlands of Wepre Park near the English-Welsh border, Ewloe Castle is located about ten miles west of Chester, just off the B5125 carriageway. Though a trickier castle to find, these charming ruins are well-worth the effort. Built around the mid-13th century, Ewloe is a classic Welsh stronghold, its D-shaped tower unique to most native castles in Wales. 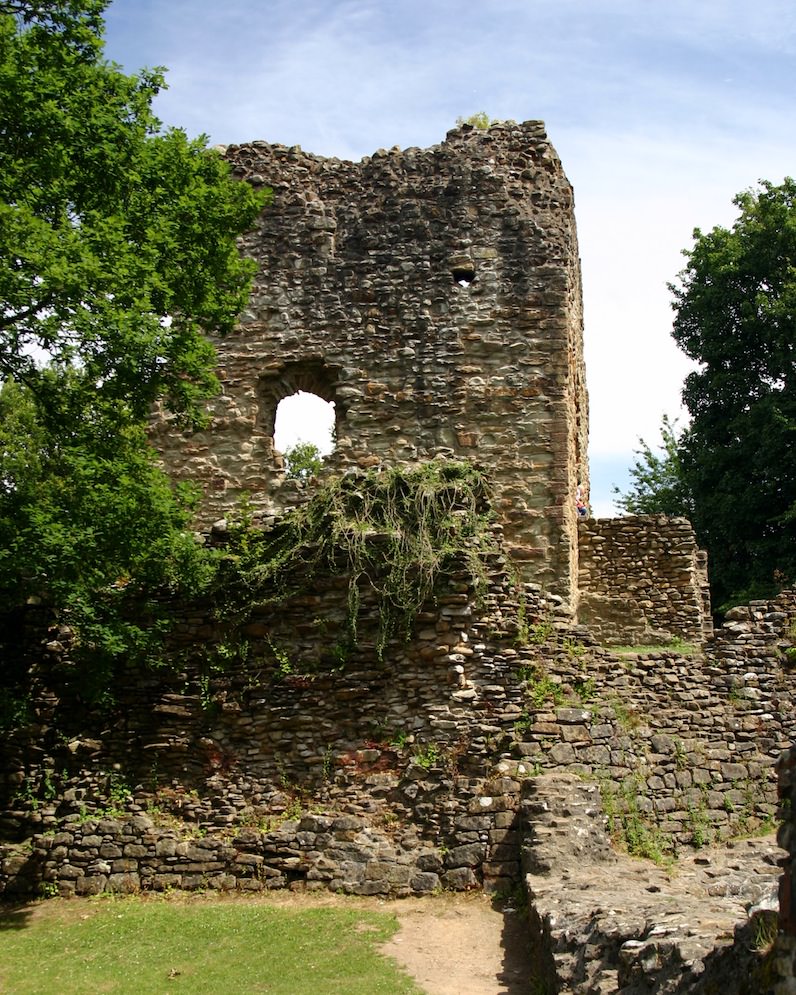 One mile northwest of Ewloe village, my husband Erik and I spied a brown heritage sign pointing to a small open field. Crossing the field, we slipped through the entrance gate into a lovely wooded area. We meandered along the wide trail for a few minutes before the castle’s fern-choked ruins came into view. After exploring the tower, we sat in the castle’s bailey and enjoyed a quiet picnic lunch. 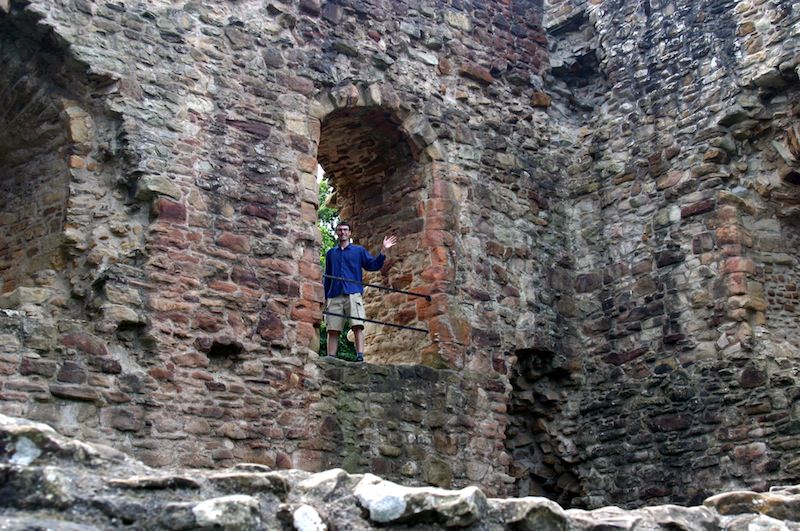 On the outskirts of Llanberis village in the foothills of Mt. Snowdon, roughly eight miles southwest of Caernarfon and off the A4086 carriageway, stand the dramatic remains of Dolbadarn Castle. Small but strategic, Dolbadarn was built by Prince Llywelyn ab Iorwerth in the early 13th century to guard Llanberis Pass. 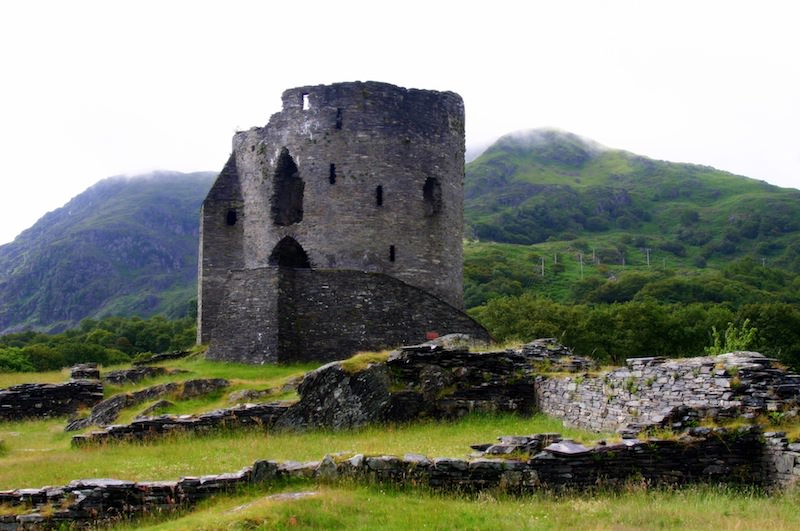 Dolbadarn’s Round Tower by Carrie Uffindell

On a foggy afternoon, we walked up a short path up to the castle. Once there we paused to take in the sight of Dolbadarn’s solitary tower rising about 40 ft. above the tranquil lakes of Llyn Padarn and Llyn Peris. Climbing up the narrow steps to the top of the tower, we marveled at the wide-angle views of the lakes, village and mountains stretching before us. 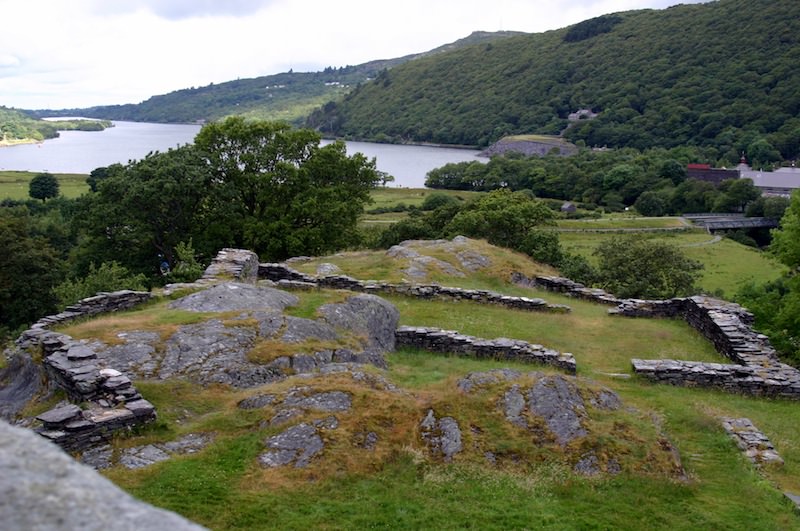 Deep in Snowdonia, the solitary remains of Dolwyddelan Castle jut from a rocky outcrop in the Lledr valley, just off the A470 carriageway five miles south of Betws-y-Coed. Constructed in the early 13th century, the stronghold protected a strategic mountain pass through the medieval Welsh kingdom of Gwynedd. 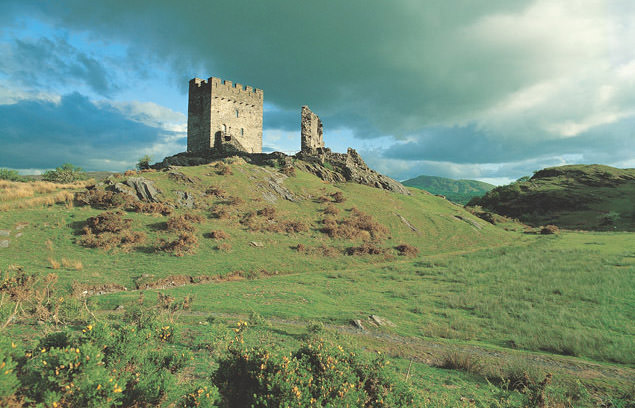 General view from below looking south to Dolwyddelan Castle, by Cadw

Erik and I arrived at Dolwyddelan on a drizzly spring morning. We paid the small admission fee and hiked up the paved path to the castle, winding through a pasture filled with grazing cows and sheep. The castle’s square keep is still largely intact and lined with displays on the history of Gwynedd and its princes. After perusing the keep’s interior, we headed up the stairs to the battlements for scenic views of the countryside below. 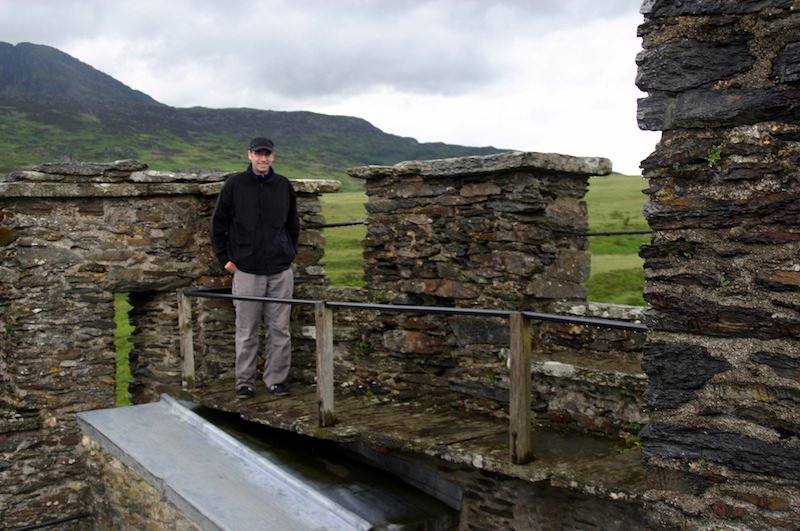 On Dolwyddelan’s Battlements by Carrie Uffindell

Sprawled along a long craggy hill overlooking the verdant Dysynni valley, ten miles northwest of Machynlleth, 13th century Castell y Bere is one of the largest and most elaborate of the native Welsh castles. Located a short distance off the B4405 carriageway, the castle is accessible from the village of Abergynolwyn off a marked country road. 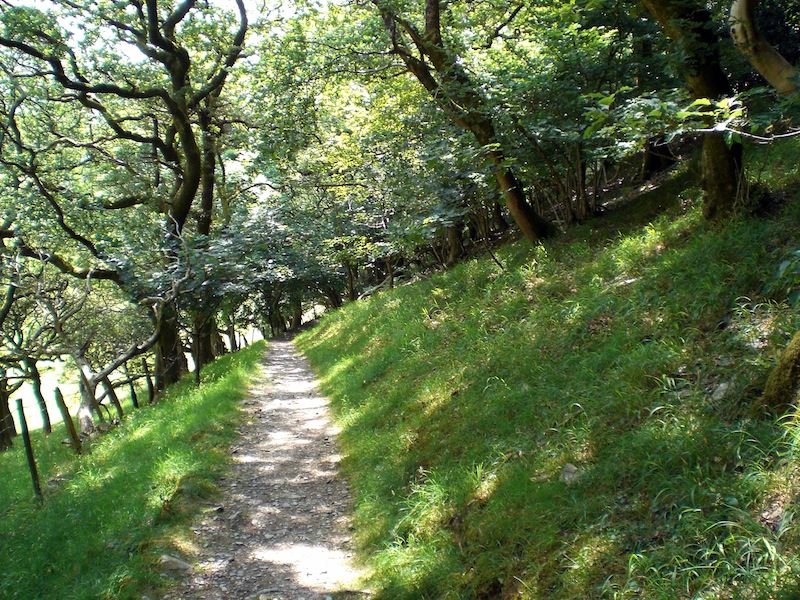 From the trailhead, we strolled up the winding path to Castell y Bere’s ruins, a rambling hodgepodge of towers and walls. After exploring the grounds, we perched on a set of steps and gazed at the graceful peaks of Cadair Idris and Craig y Deryn looming in the distance. In the valley below, woolly sheep munched on the lush green grass, oblivious to the wide-angle views surrounding them. 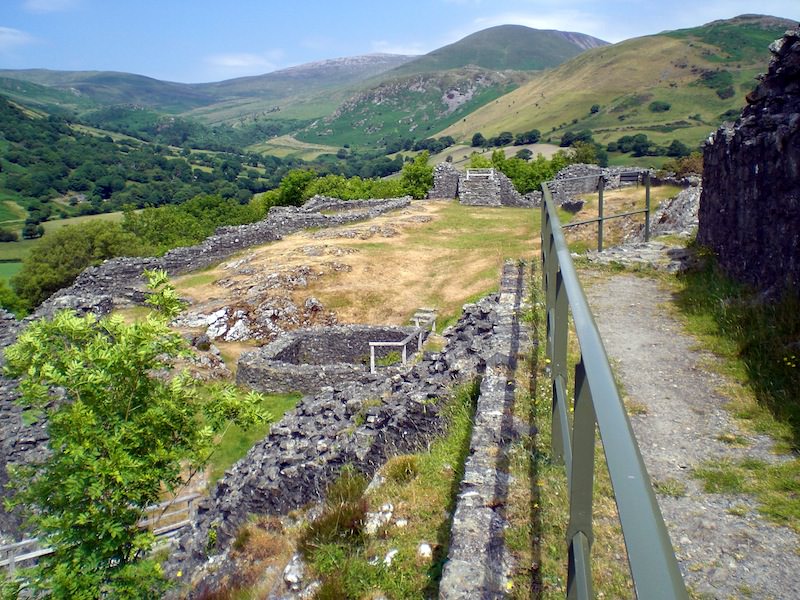 While reaching these castles requires a little more effort, such as hiking up a hilly path, all are accessible from side roads off well-marked major roadways. Cared for by Cadw, the castles are open daily, year-round and, except for Dolwyddelan Castle, admission is free.

Written by and photos by Carrie Uffindell for EuropeUpClose.com

[...] The magnificent manses built by King Edward I may be a big tourist draw in North Wales, but the princely “native” castles that dot the countryside deserve equal attention. Journey back to medieval times and experience the magic. @EuropeUpClose [...]