Oria is an ancient, hilltop town in the south of Italy. Located in the Puglia region, the town was thriving as long ago as 200 B.C., when it was named Hyria and was part of the Messapian civilization. Today, the city retains its beauty, if not its abundance of activity, and provides visitors with ancient archeological artifacts and pleasant walks through its twisting, winding streets. 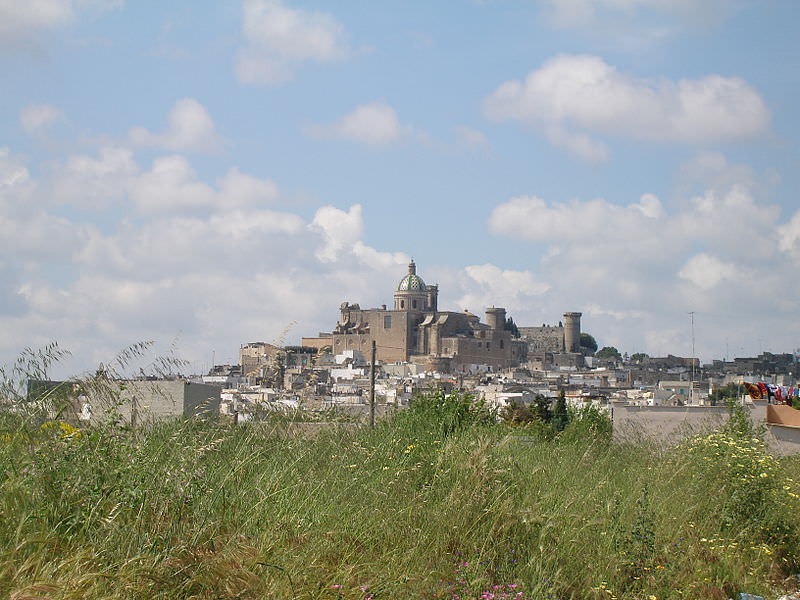 My girlfriend and I visited the city during a bicycle tour of Puglia. Puglia is a cyclist’s dream: beautiful countryside filled with olive trees, vineyards, beaches, a cliffy coastline, ancient towns, and, most importantly, very few hills. Though Oria is built on a hill—like several of the towns on the Salento Peninsula, which comprises the heel of the proverbial Italian boot—the ride to Oria is completely flat. The town rises so sharply that it creates a stunning contrast between architecture and sky, especially where the towers of the 13th-century castle, built by Frederick II, stand out. The castle dominates the town and is certainly worth a visit. There is a park located just in front of the castle, but it was closed when we visited. 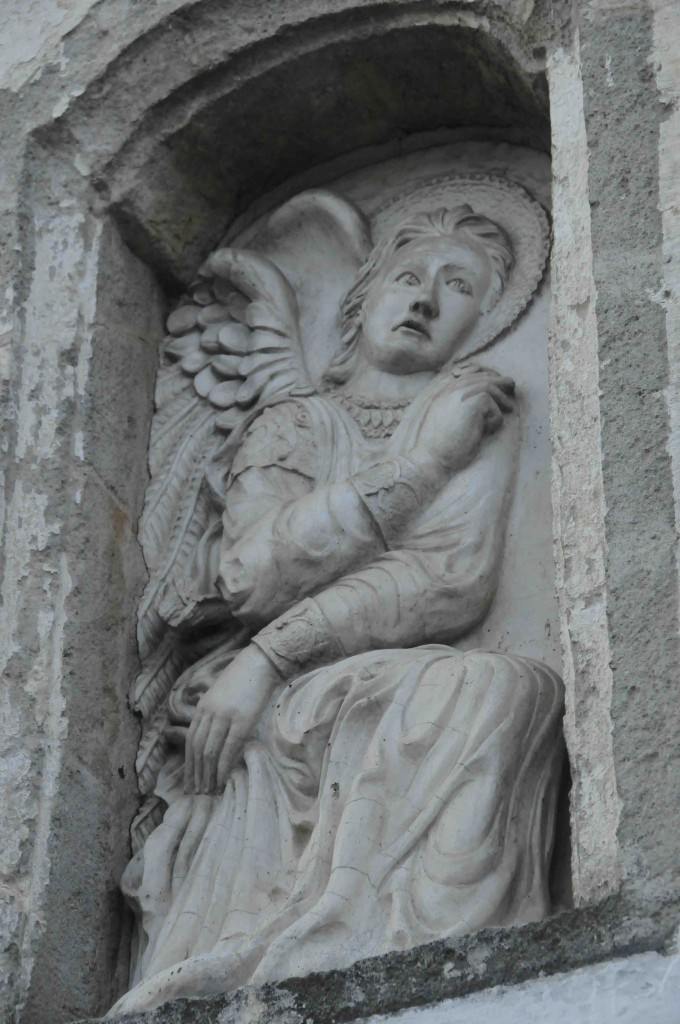 We chained our bikes and sat outside a nearby café to sip a glass of Prosecco (Italian sparkling white wine) before wandering around the town. The town has two main areas, one on the side of the hill facing north, toward the Adriatic, and one facing south, toward the town of Manduria. This latter area is where we found the stunning Gate of the Jews, which features a beautiful mosaic. 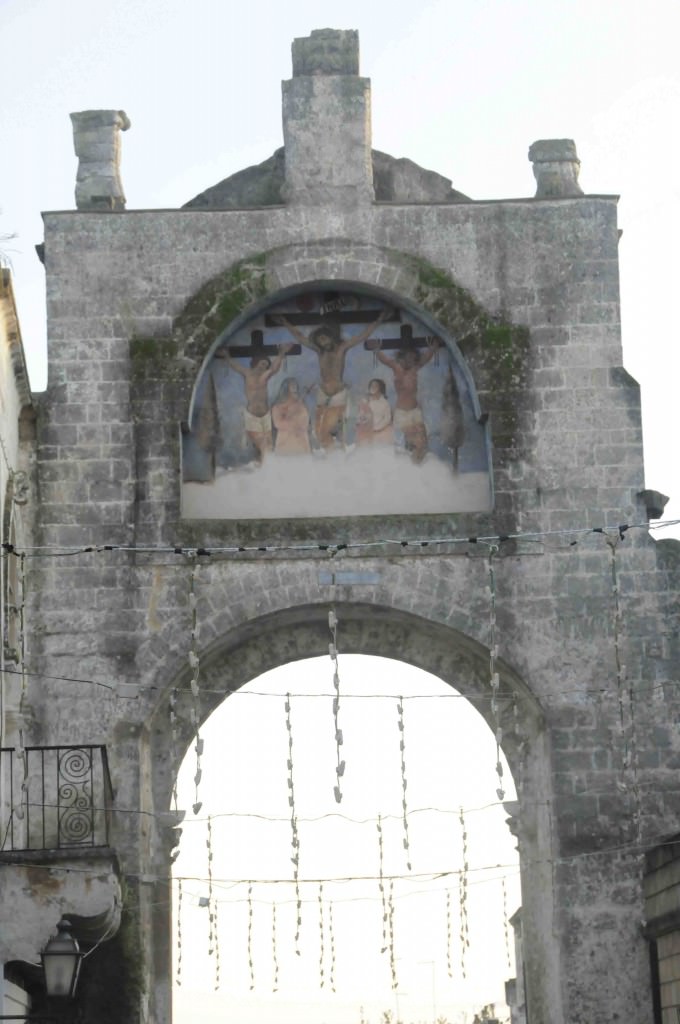 Gate of the Jews

The Jewish presence in Oria is one of the oldest in Europe. Though the Jewish community is no longer present, the Jewish Neighborhood of Oria is still celebrated, and signs throughout the town guide you to it. Composed primarily of a few twisting alleyways, the neighborhood exhibits the dramatic architecture of the town, but is otherwise not noteworthy. On the other hand, the nearby piazza in front of the massive Cathedral Basilica is breathtaking. On a clear day, it provides views of both the Adriatic Sea and the Ionian Sea. It gave my girlfriend and me a clear idea of how far we’d been bicycling, in addition to showing us how truly vast the olive groves that we’d been riding through actually are. 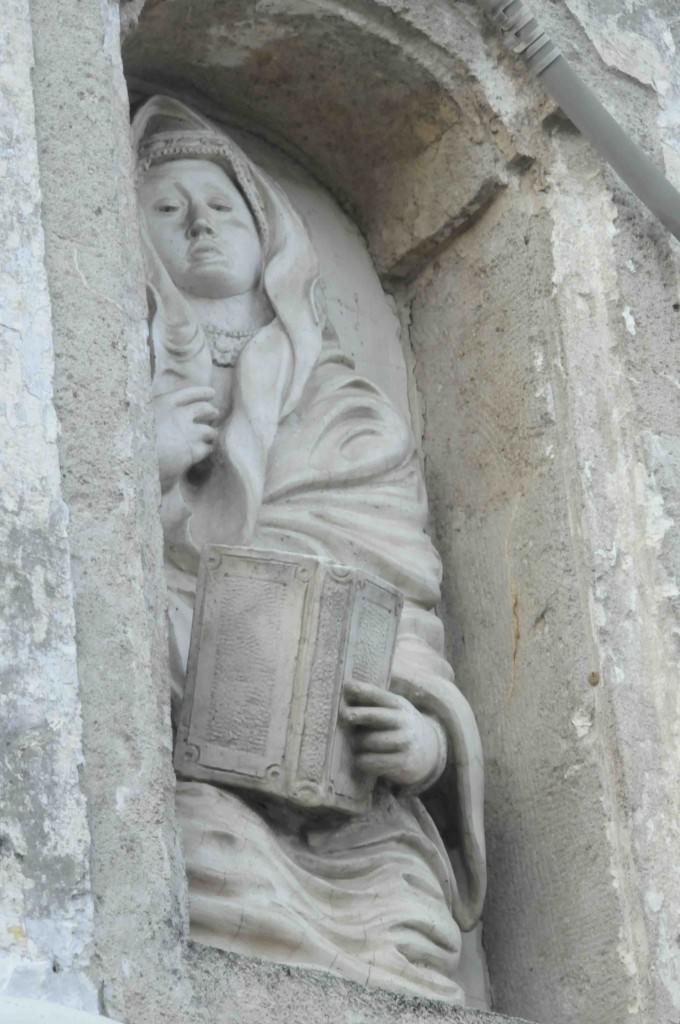 Oria is a visually stunning town and a wonderful place to sample the culinary culture of the Italian south, but it does not warrant more than one or two days of exploration. However, it serves as a convenient base from which to explore both the Adriatic and Ionian coasts of the Puglia region, as well as the nearby towns of Manduria (noted for its wines made with the Primitivo grape, which is identical to Zinfandel), Ostuni (aka “The White Town”), Brindisi, and Taranto.

Thanks for the great article, speaking as son of this Region who lives and works here.