Copenhagen is an innovative coastal city that serves as a guiding light for European fashion, public transportation, gastronomy, and environmentalism. The mix of cool canals, bridges, avant-garde architecture, beautiful schooners, and 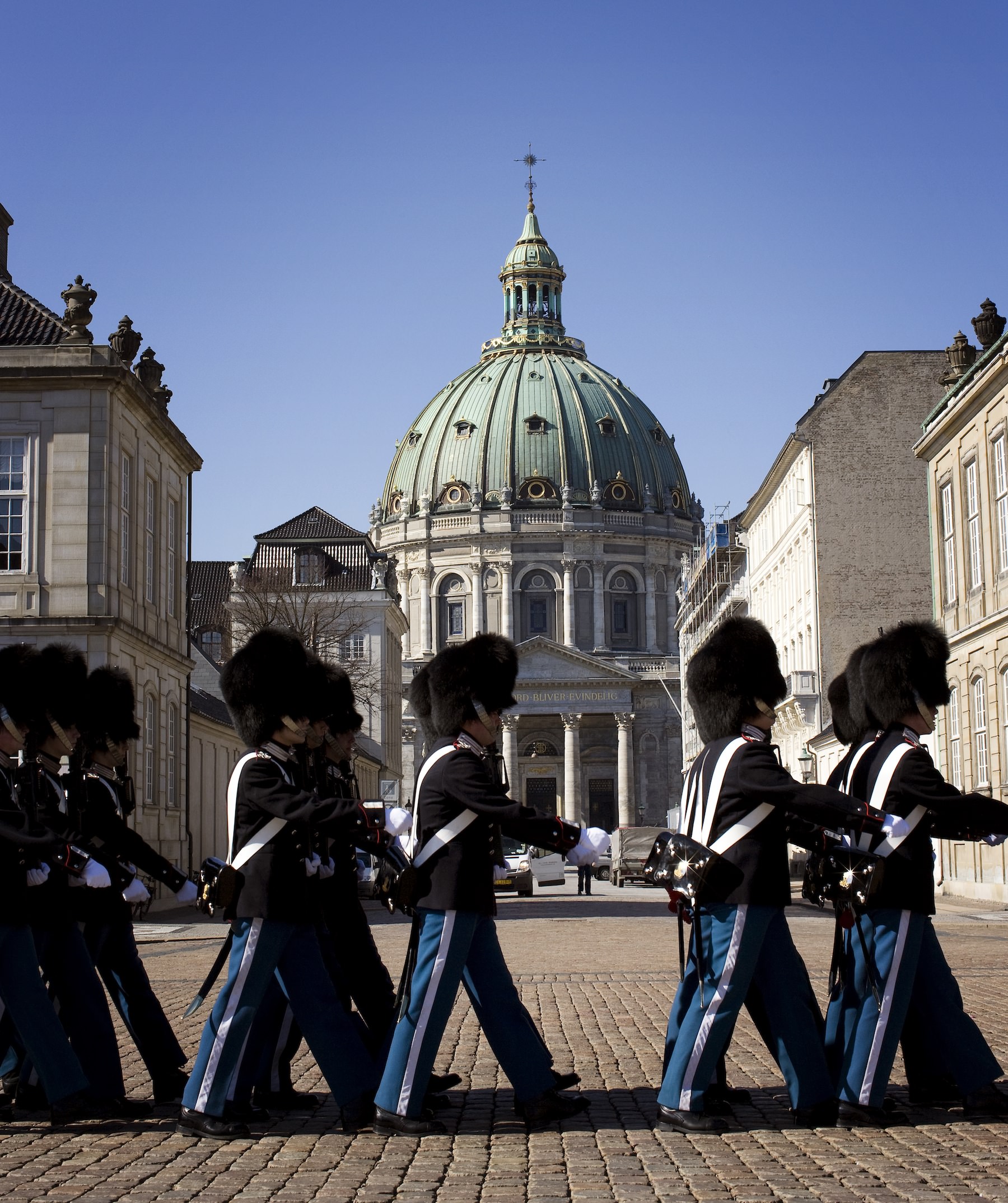 a sea of bicycles make it easy for a first-time visitor to fall into step with the Danes to get the best out of Copenhagen.

Copenhagen can be expensive, but we’ll show you some budget-friendly hotel and restaurant options along with information about the most important sights and activities in Copenhagen.

Denmark, with a population of 5.5 million people, is comprised of the Jutland peninsula and hundreds of small islands. The city of Copenhagen is located on Zealand Island, the largest island in Denmark.

Its location on an island near the Baltic Sea makes for exceptional scenery and a temperate climate (autumn is the wettest season while spring is the driest.) But, Copenhagen can be difficult to reach (take a look at the map and you’ll see what I mean). Here are your options.

By Car or Train 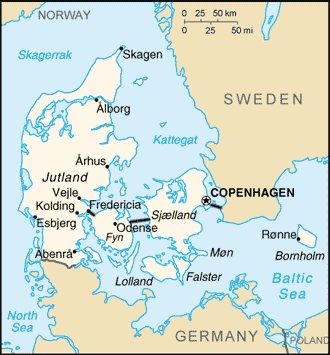 You can get to Zealand (Sjelland) Island by car or train, and in the process you’ll cross some of the longest bridges in the world. The Great Belt Fixed Link connects Zealand with Funen Island, which connects to the Jutland peninsula.

The Øresund bridge connects Copenhagen to southern Sweden. It takes around half an hour to get to Malmö, Sweden, and around six hours to get to Stockholm, Sweden.

By Airplane
If you’re flying, Kastrup Airport is located just outside Copenhagen. Trains take you from the airport to Copenhagen’s main train station in just 13 minutes.

By Ferry
Ferries run between Oslo, Norway, and Copenhagen. The trip takes around 17 hours each way. 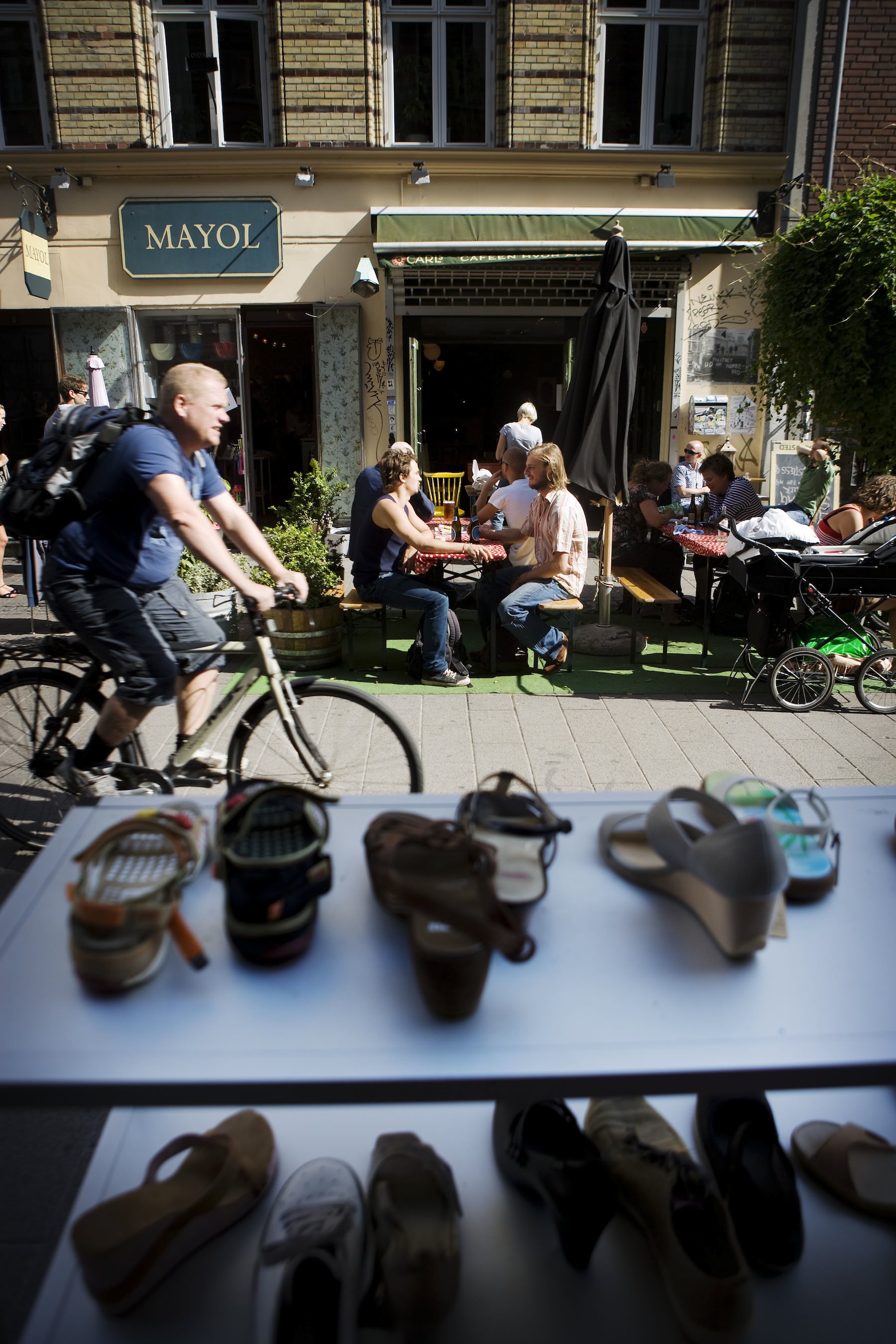 The best way to see Copenhagen is on foot, and you can walk from one side of the city to the other in less than an hour. Copenhagen’s two most important neighborhoods are Indre By, which is the old city, and Christianshavn, which is the area with the most canals.

I suggest walking Strøget Street, Europe’s longest pedestrian-only shopping street. And don’t miss the waterside promenade along Nyhavn Canal where you’ll find wooden boats and Art Nouveau architecture. The Nyhavn neighborhood is jam packed with restaurants, as well as bars with outdoor seating and great views of the harbor.

Public Transportation
Copenhagen’s metro was named the Best Metro at the international MetroRail 2010 conference in London. It runs 24 hours. Buses, trams, and the metro all use the same ticket.

Bicycle
Rent a bike and join the locals! Copenhagen has 215 miles of bicycle paths, and 36% of locals ride to work or school every day. There are free city bikes, too. Just look for one of the 110 bike locations, put a 20DKK-coin deposit into the slot and ride away.

Then get your coin back when you return the bike to any of the bike rental locations. If you don’t feel comfortable riding a bike on Copenhagen’s streets, I recommend taking a guided bike tour.

A Good Deal
The CHPCard combines discounts on sights with free public transportation. You can choose between a 24-hour and a 72-hour card. 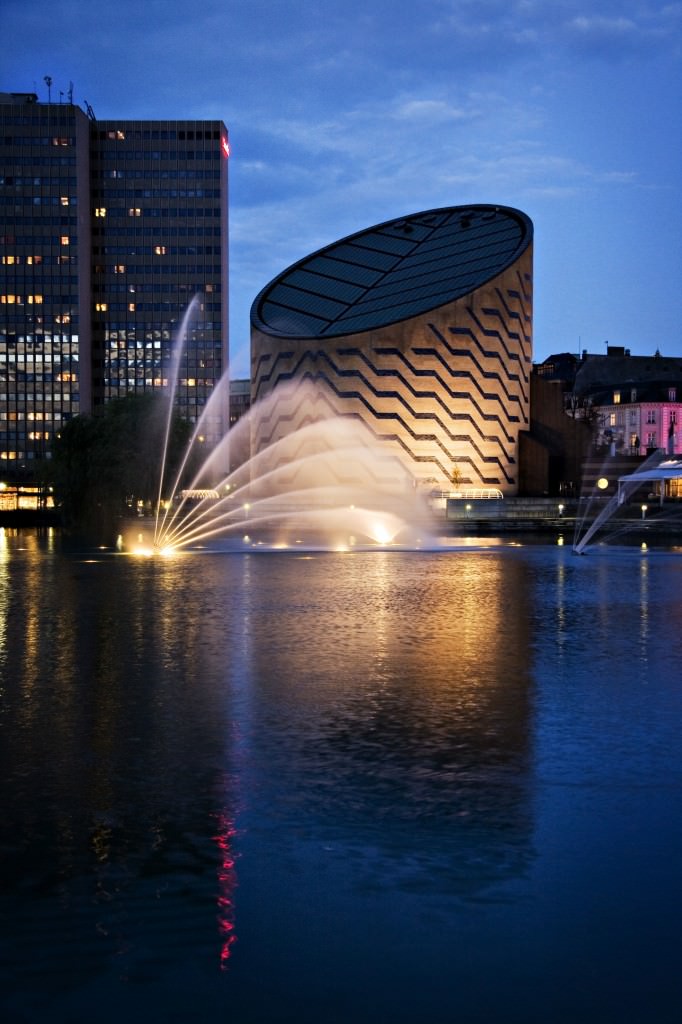 Free Stuff
Two of the best museums in Copenhagen are free: the National Museum and the Museum of Danish Resistance.

The Museum of Danish Resistance (Frihedsmuseet)
This free museum tells the story of the brave Danish citizens who saved most of Denmark’s Jewish population from the advancing Nazis.

The National Museum (The Prince’s Palace) This free museum tells Denmark’s history. The Viking artifacts are particularly impressive. The museum is huge, so budget your time wisely. It’s a great activity for kids.

Church of Our Savior ( Vor Frelsers Kirke)
A spiral staircase runs around the steeple of this beautiful church. There are over 400 steps, so be prepared to hike. It rivals the Round Tower for the best view of the city. Inside the church you’ll find a three-story high, hand-carved organ.

Tivoli Gardens
This famous, high-class amusement park has two identities. In the park, you’ll find quiet paths, flowers, and a lake; on the amusement side of things, you’ll find brightly lit rides with loud—and possibly intoxicated—youth. The wooden rollercoaster and the theater performances are world-renowned.

The Tycho-Brahe  Planetarium and IMAX Theater
The Tycho Brahe Planetarium is Denmark’s most advanced centre for popularizing astronomy and space research and promoting knowledge on natural science. The planetarium was opened in 1989 and designed by the architect  MAA Knud Munk.
Gl. Kongevej 10
DK-1610 Copenhagen
Denmark

Insider Tip: If you’ve had enough of the sights, head over to the Carlsberg Brewery, just outside the city. The $13 admission price includes a tour and two beers.