Amsterdam’s Schiphol Airport is one of the busiest airports in Europe, and I’ve often found myself fighting a case of jet lag when arriving in Amsterdam at the beginning my European travels. From experience, here is a list of tips for beating jet lag in Amsterdam that take into consideration the city’s unique style, sights, and activities. Also, take a look at our 5 days in Amsterdam itinerary. 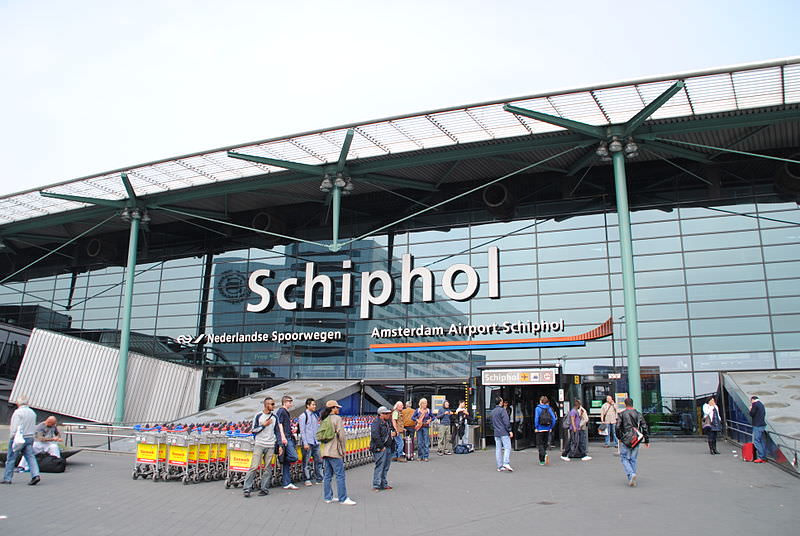 Marijuana makes many people tired, so it’s a good idea to stay away from the city’s wickedly popular “coffeeshops”—at least on the first day. Fortunately, Amsterdamers have a love of fine coffee, and micro-roasters are popping up across the city. It’s a little out of the way, but Espresso Fabriek is one of the city’s first micro-roasters, and for two more centrally located roasters, visit Two For Joy or Headfirst Coffee Roasters.

2. Watch Out for Bicyclists!

Amsterdam’s booming bike culture definitely requires getting used to, and even if you are not jet lagged, it’s easy to get hit by a zooming bike. On your first day, pay extra close attention to bike paths, which typically run alongside roadways. When coming up to a bike path, make sure to always look both ways before crossing. It seems like common sense, but you’d be surprised! 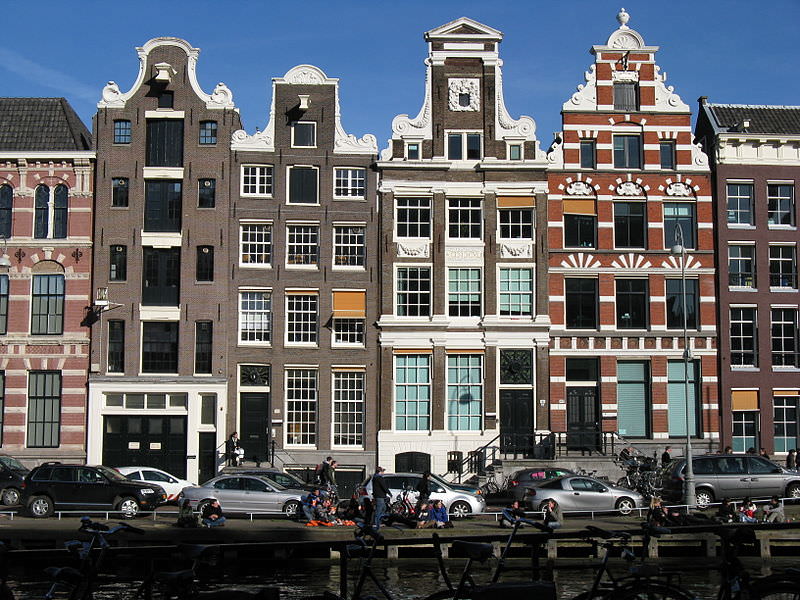 Amsterdam has more than 160 canals, and they form a series of concentric rings. Thanks to troves of iconic Dutch architecture and creatively decorated canal houseboats, walking around until you’re lost is especially fun, and the West Canal Ring, in particular, makes for a sight-studded stroll (enough excitement, hopefully, to keep you from falling into the Prinsengracht canal). You can see the Anne Frank House; Westerkerk, the tallest church in Amsterdam; and the Nine Little Streets, or Negen Straatjes, a neighborhood famed for its tiny streets and shopping options.

4. Tour the Canals by Boat

A great introduction to the city, touring the canals by boat gives you the lay of the land, and it is a little less taxing than a walking tour—but make sure you’re up for it! You will take in an hour or more of fascinating facts about the city, and while a great guide can offer insights you’d never expect, you’ll want to make sure that you won’t be asleep in your seat when it happens. 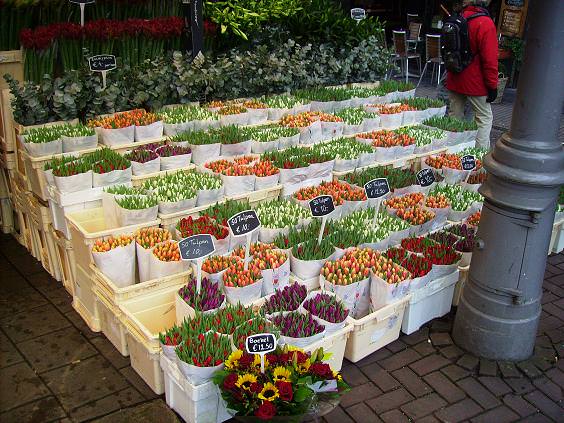 This dazzling display will keep your eyes wide open: A floating flower market, it features hundreds of tulips—and in every color imaginable. The Bloemenmarkt is a top tourist sight and can be both overpriced and overcrowded; however if you won’t be journeying into the countryside in The Netherlands, the market offers a great taste of the vast tulip fields just outside of Amsterdam.

Depending on your tastes, nothing will wake you up faster than sampling one of The Netherland’s most famous delicacies: pickled herring. Often served beneath heaping piles of raw onion, pickled herring, with its vinegary, fishy bite, is said to be a sure-fire cure for hangovers, so why not jet lag? Haringhandels, or mobile pickled-herring food carts, span the city, and Rob Wigboldus Vishandel, located at Zoutsteeg 6, serves fresh, authentic pickled herring. 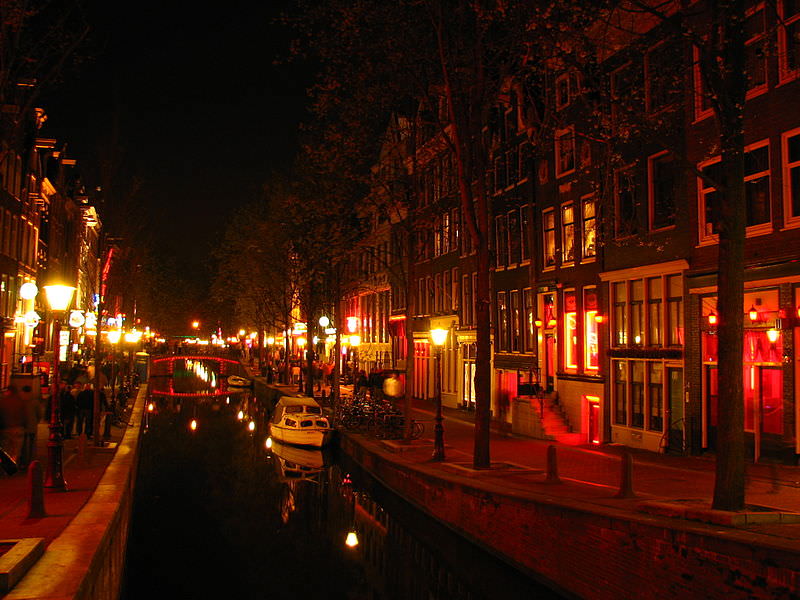 With a full belly and the post-lunch slump about to kick in, you better do something shocking, and I’d describe the things you’ll see in the Amsterdam Red Light District as just that. Surprisingly, the area is not set apart from the city, and the Red Light District is home to churches, schools, shops, and more. Parts of the area are really quite beautiful, especially around De Oude Kerk, the oldest church in the city. Importantly, note that you cannot take photos of the sex workers in the windows. Be respectful or face your subject’s wrath, as he or she chases you down the street and deletes all of your photos.

A neighborhood growing in importance, the De Pijp Neighborhood, often called Amsterdam’s Latin Quarter, is home to numerous “off-the-beaten-track”-style restaurants, cafes, and shops. Keep an eye out for imaginative street art, as well as for the Heineken Museum, where Heineken was first brewed. Sarphatipark is one of the city’s nicest parks and makes for a quiet place to relax and regroup.

Also in De Pijp, Albert Cuypmarkt is Amsterdam’s most famous flea market. Open Monday to Saturday from 9am-5pm, this massive street market offers more than 300 stores along Albert Cuyp Street. It never hurts to begin souvenir shopping early, and the surprising cultural offerings are fascinating enough to keep you engaged.

Amsterdam offers something for every taste—some more controversial than others. On the less-controversial side, Bols Distillery is a famous producer of spirits, and its Genever spirit was the inspiration for gin. Step into any bar and sample the national liquor of The Netherlands. Whatever you do, try to get to sleep early and stay asleep until morning. Clearly, hallucinogenic mushrooms might not be the best idea.

And finally, rest your head at one of these Amsterdam Hotels – our Editor’s favorites!

Amsterdam one of my favorite cities. There is so much to see and do for such a small place. There is something for everyone. I appreciate your advice on ways to past the time.

as pictures..awonderful blog.. thanks for sharing

great article. There is so much to do and see in Amsterdam- so if you arrive in the morning, it is easy to fill your day and adjust to the time change quickly. As long as you don't go to your room for too long- then it's hard to fight that nap. :)