5+ Authentic Sardinian Foods You Must Try

Start with peasant food born of necessity, add produce from volcanic soil, season with a crossroads of cultures, and enrich with island insularity: that describes Sardinian food.

On a recent trip to the South and Southwest of the island, we encountered panadas, a classic of Sardinian home cooking, in a variety of iterations.  We found that each area of Sardinia has its own favored version of this Sardinian food classic. Panadas come from the period of Spanish rule, a derivation of empanadas, an easy meal for shepherds to transport as they tended their flocks.

The pasta is made of semolina flour and lard in south Sardinia, though the lard may be replaced by olive oil in other parts of the island.

The fillings change by area and also by the season, but some basic combinations are meat (lamb, pork, or chicken — lamb being the most classically Sardo of the three) with olives and one or more vegetables (eggplant, peppers, mushrooms, zucchini, artichokes, potatoes).

Peas are also common but are always carefully noted, because some locals are curiously predisposed to an allergic reaction to peas and/or beans, a condition called favism.  Favism can cause oxidative stress and anemia, so peas and beans must be sold in closed bags here, and are well-marked when included in other foods.

How to eat Panada

The traditional Panada are served with condiments such as garlic, mint, and Pecorino Sardo.  The latter is a pride of the island and a major export.  So is, ironically, pecorino Romano – as likely to come from Sardinia as from its supposed namesake.

We tried several kinds of Panadas during our stay.  They are available as individual servings, like a Cornish pastry, or as a crusty “pie” for up to four people.   They are doughy and certainly filling; you would be nourished enough to spend an entire Sardinian vacation traveling from one panada sagra (festival) to another. 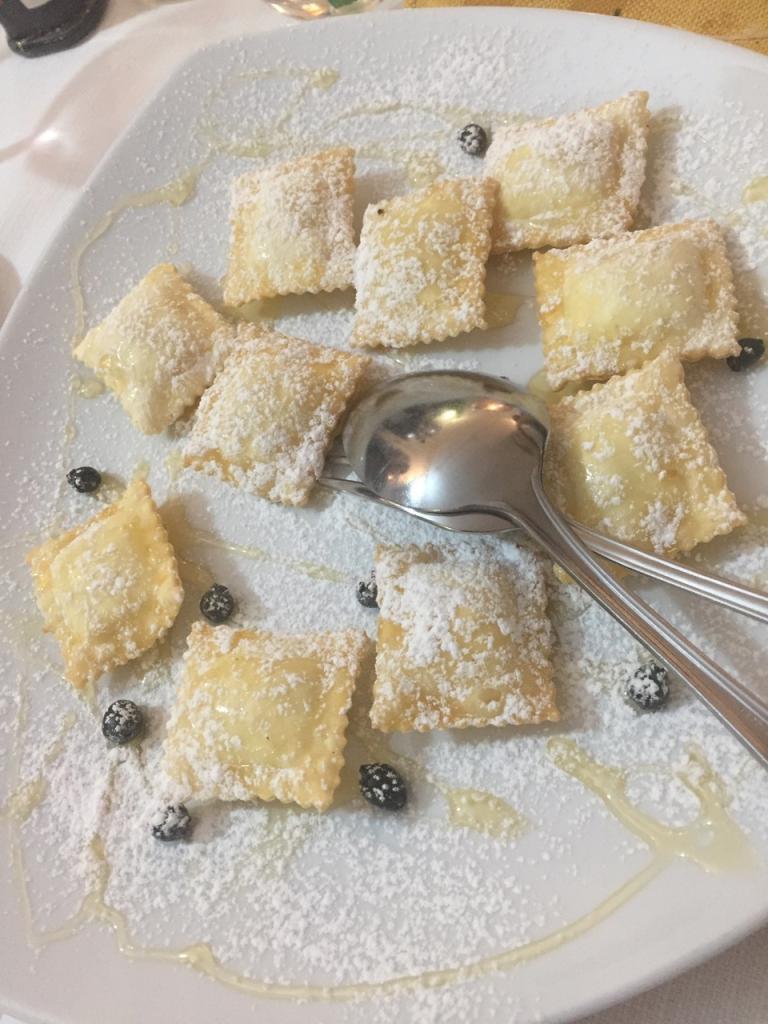 The Sebada (or seàda in Sardo language) is also made of semolina flour and lard, and was originally a main course alternative to the Panada, but today it is a dessert to be taken at the end of a meal.

The round disk of dough is filled with fresh cheese (casu friscu) and sweetened with local honey or sometimes sugar and cooked in boiling oil.  It is served warm to maximize the flavor of the softened cheese.  It goes down a lot easier than the Panadas, maybe because I have a sweet tooth.

Sardinia’s pasta star is culurgiònes (spelled in up to 10 ways), semolina-based ravioli filled with potatoes and cheese, usually pecorino Sardo, and variations with mint, garlic, saffron, or other culinary whims.

It differs from other ravioli by the distinctive wheat ear (spiga) design on each raviolo.  That makes it a little thicker and “bready” but it plays off well against a classic ragù of wild boar pepped up with locally-grown herbs. 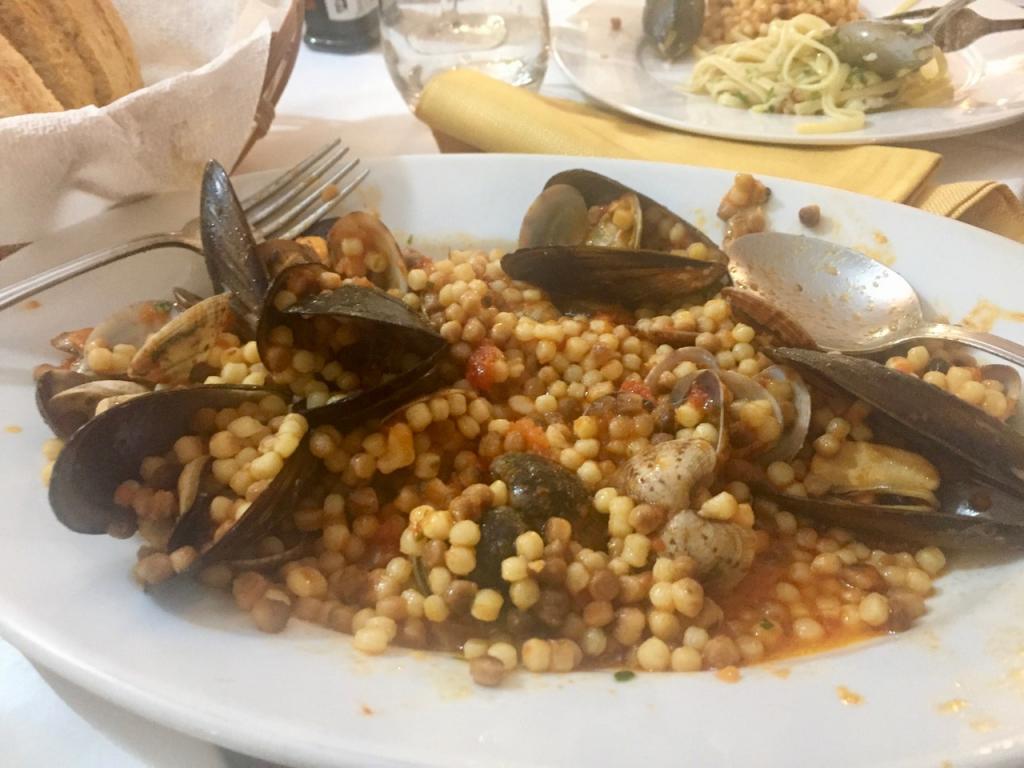 Another typical pasta of Sardinia is Fregula (also fregola), consisting of tiny balls of semolina dough that have been toasted in an oven before cooking.

They are often used as the pasta base for fish, such as fregola con arselle (a kind of clam).  We encountered them as a counterpoint to mussels, fregola con le cozze, the latter bathed in a slightly spicy tomato sauce.

Yet a third indelibly local pasta is Malloreddus, small ridged shells of semolina that look like Italian Gnocchetti.  Because they hold sauce well, they often accompany bold flavors like spicy sausage, but saffron can also be a companion seasoning, and seafood is always a match.

(Not so) Traditional Sardinian Seafood

You will be told time and time again that Sardinian cooking stems from a pastoral society, not from the sea.  Since my trip followed the shoreline of southwestern Sardinia, I didn’t have the opportunity to taste lamb or pork, but seafood abounded.

Locals told us that restaurants began adding seafood to their menus as the growing number of tourists demanded it, and the habit stuck.  Deliciously, I might add; 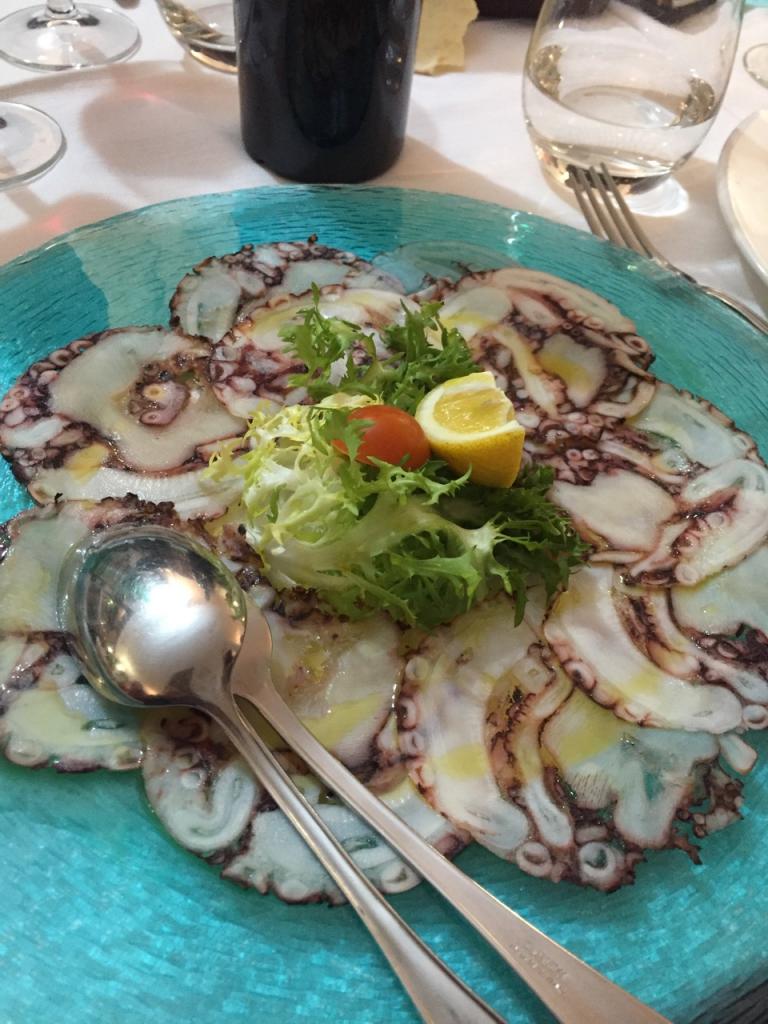 On my trip from Cagliari to Alghero, I encountered: 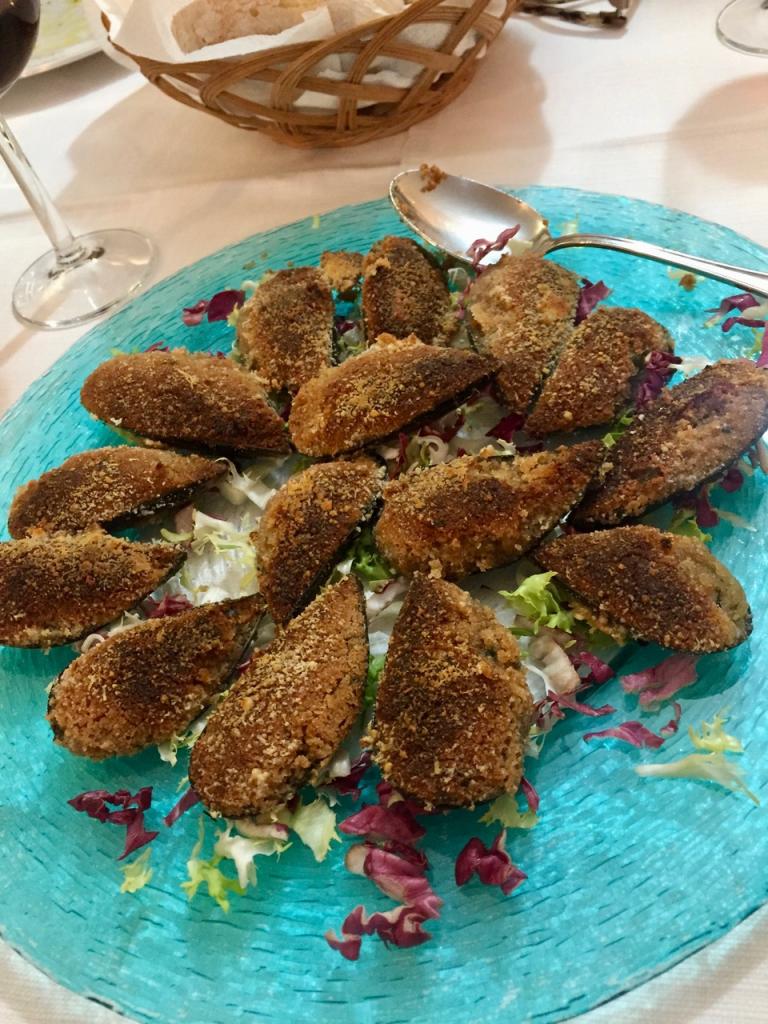 Ditto for the wines, obviously.  (Duh, this is Italy).  The best known are Vermentino and Cannonau, with producers north and south taking advantage of micro-climates to give their vintages a unique taste.

Many organizations offer wine tours and there are two official wine “roads”:  the Strada del Gusto Nord Sardegna and the Strade dei Vini della Sardegna.  For more information about them, write to info@vinidocsardegna.it.

Traditional Sardinian Food was written and photographed by Claudia Flisi. Cagliari Tourismo and Sardegna Tourismo hosted and arranged her trip. 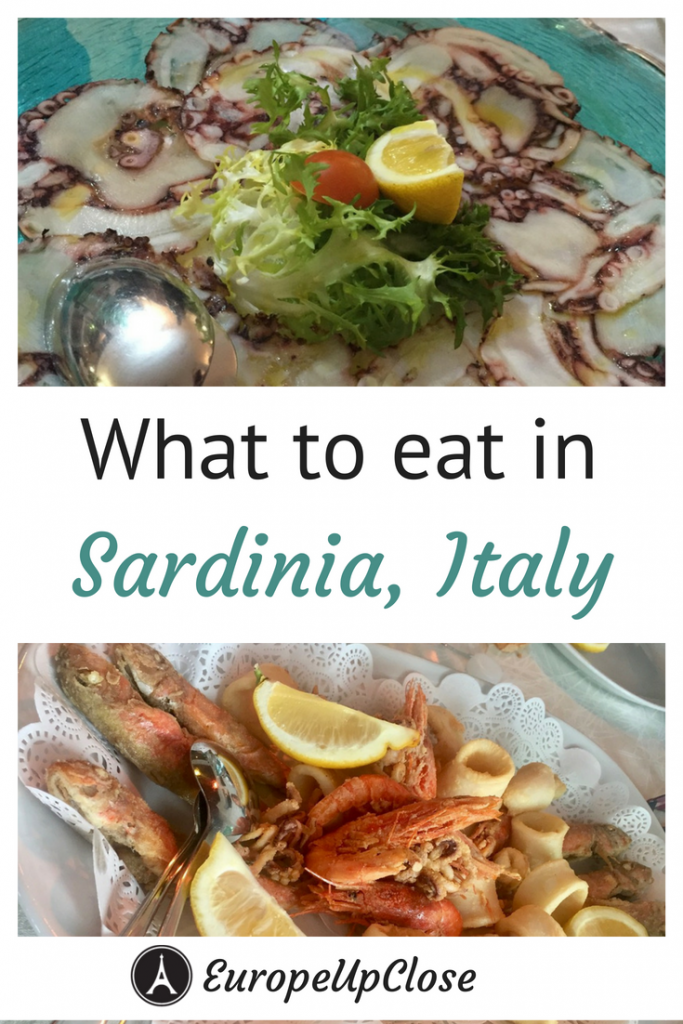