The Prehistoric Pile Dwellings Around the Alpes are recognized as one of the most important archeological sites in Europe, as they give us insights into prehistoric farming communities in Europe. Water and peat bog protected and preserved the remains of the settlement extremely well, and give us information about the way of life of one of the earliest permanent settlements on the European continent.

What is a Prehistoric Pile Dwelling?

So what exactly is a Pile Dwellings? At around 5000 BC, so over 7000 years ago, early settlers started a unique kind of settlement on the shores of lakes and rivers in the mountainous regions of Central Europe. 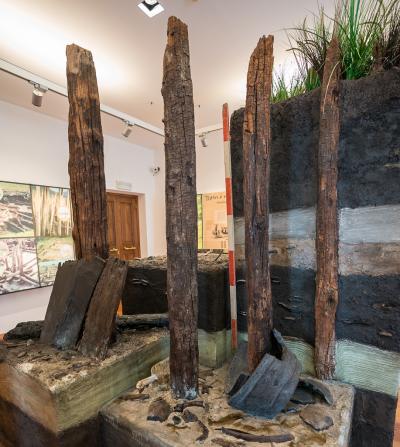 Unlike most other settlements of the time, these settlers built their houses on wood piles to suspend them from the ground and above the water, not unlike some coastal settlements we still can find around the world from Florida to Indonesia.

These were some of the earliest settlements in the Neolithic and Bronze Age as people learned about farming and keeping livestock rather than living the nomadic hunter/gatherer lifestyle.

Ferdinand Keller discovered the first Pile Dwelling settlement in 1853 in Switzerland when the sea level of Lake Zurich fell below its usual mark and thousands of strange wooden pikes protruded from the water.

A Glimpse of the Daily Life in Neolithic and Bronze Age

After closer inspection and excavation, they found the extremely well-preserved remains of a settlement from Neolithic times, including the structure of the Pile Dwelling settlement as well as tools and artifacts such as pottery, flint stones, spear tips and table wear. 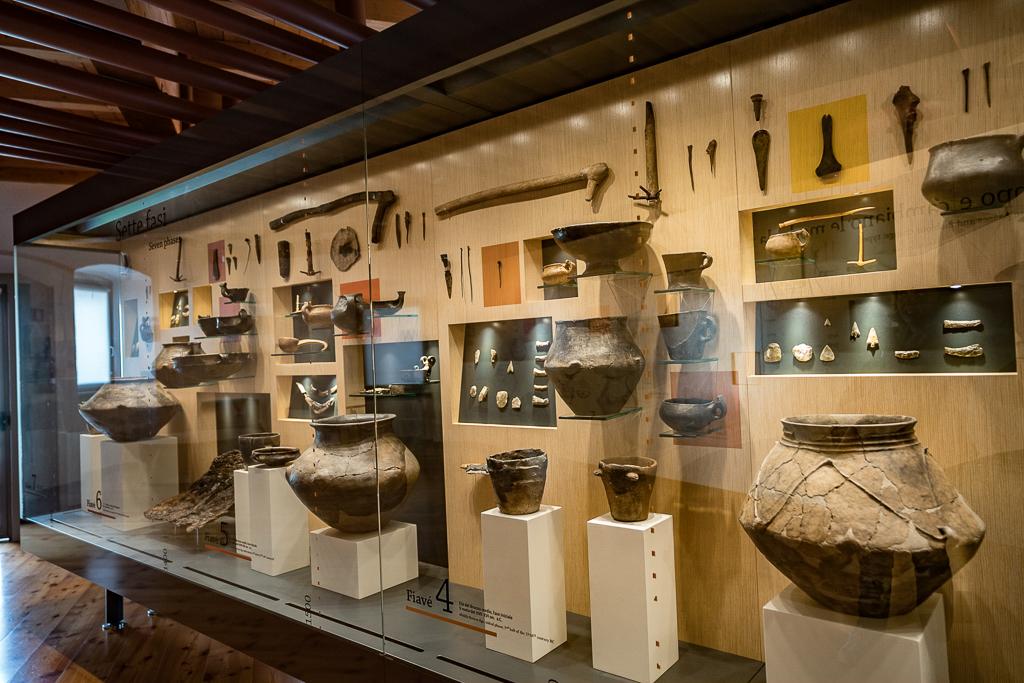 This valuable find gives us a glimpse of daily life in the Neolithic and Bronze Age in Central Europe and shows us how advanced and intelligent these early settlers were.

For example, you can see how the settlers improved and perfected their way of building these stilt houses. In the beginning, they just rammed piles in the ground and buildings were very unstable. Then they developed an interlocking grid foundation that gave the houses stability and flexibility at the same time.

This way of building also required the use of tools, like axes, which they carved from the natural materials around them. They worked smart, not hard and used roots and branches that already had the shape similarly to the tool they wanted to create. 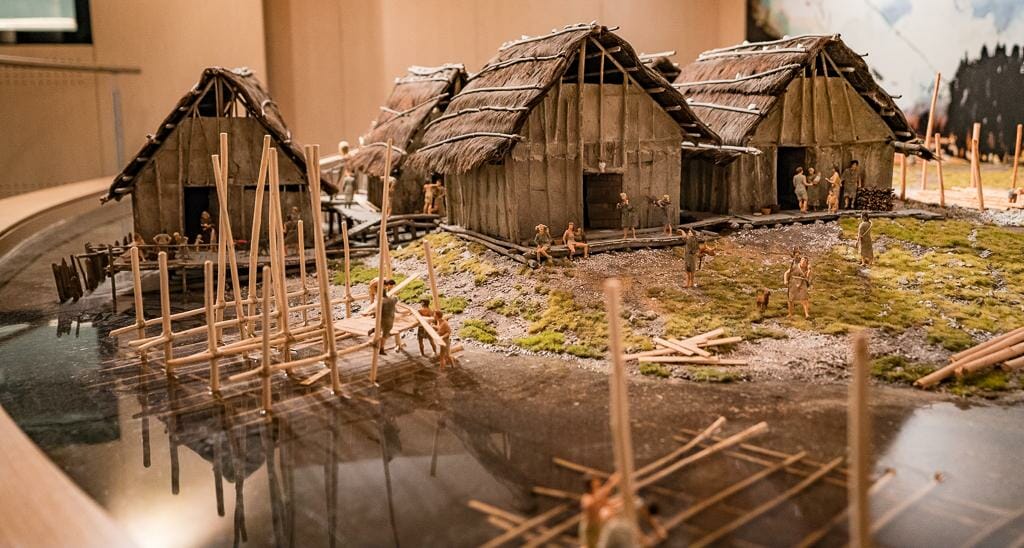 Unfortunately, the Prehistoric Pile Dwellings Around the Alps are not yet a household name like their more famous archeological counterparts in other countries, like the Egyptian Pyramids, the Forum Romanum in Rome, or the Acropolis in Athens, but Archeologists consider these sites of equal significance.

The Pile Dwellings in Fiavé on Lake Carera, Trentino, were also discovered in 1853, but its importance wasn’t recognized until the 1920s by Pirro Marconi. Groundbreaking archeological research happened under Renato Perini in the 1970s and 80s.

Perini also proved a long-disputed theory that the Pile Dwelling settlements were built over water, on the shore as well as on dry land. Trentino is one of the few Pile Dwelling Settlements where you can find all three of those settlement forms: over, on and near Lake Carera (which now is only a small pond surrounded by peat bog and marshlands.

Renato Perini was the one who spearheaded the excavation in Fiavé from 1969 to 1983. Despite his unusual background, he was a primary school teacher, he impressed the scientific community with his passion and hard work on this project working for the Archaeological Heritage Office. He also received an honorary degree from the University of Innsbruck (Austria) for his important work. 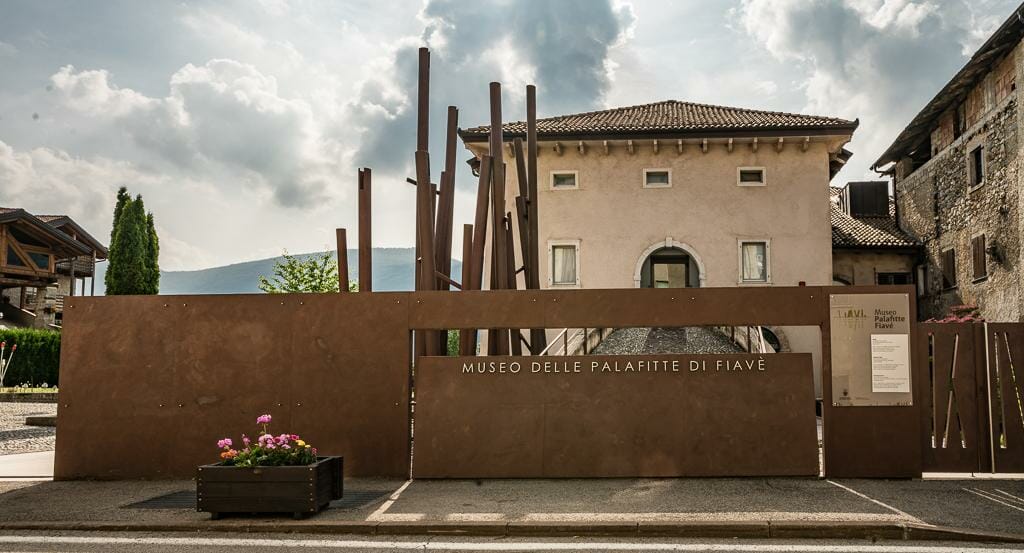 What makes the museum such a treat is that you can dive in as deep as you want. You can browse through in 30 minutes and get a general overview about what Pile Dwellings are and how people lived 5000+ years ago, or you can dive in deep and learn about the scientific methods the archeologists used during the excavation, interesting discoveries and background stories. It solely depends on you, your interest and the time you have available. 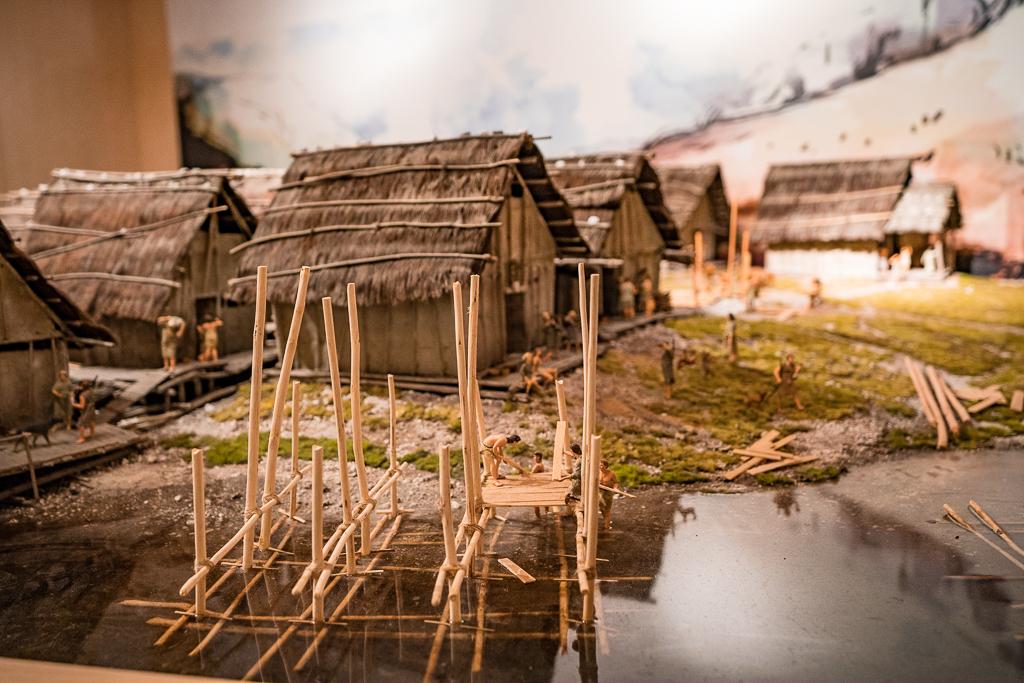 The museum is also great for children. There are a ton of models and reconstructions, interactive screens, and videos. They also have toys for the little ones to play with that relate to the various exhibitions and explain the exhibits in a playful way to children as young as pre-schoolers, while also keeping toddlers occupied while the parents learn more about the historic artifacts.

After a visit to the museum, I highly recommend that you visit the actual Pile Dwelling site, even though it is a bit anticlimactic, I have to admit. All you see are some wooden piles protruding from a small pond. Having been to the museum before and seeing the reconstructions and models definitely helps you imagine the importance of this discovery. It is a nice 20-30 min walk from the museum through rolling meadows to the pond (Fiavé 3-4-5-6) and up to the little hill where you find Fiavé 1. 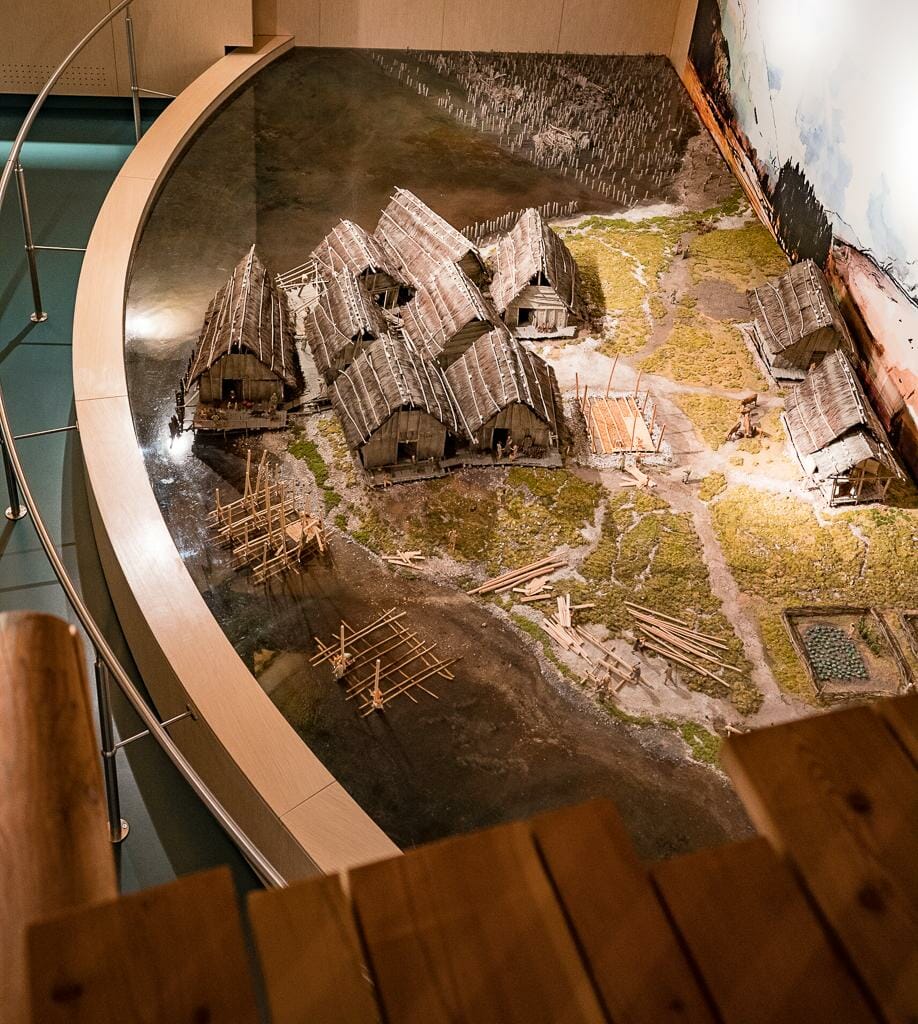 +390465735019
Opening Hours:
January, February, November, December: Closed
March 1 – June 19: Saturday & Sunday & Public Holidays: 2:00 PM – 6:00 PM
June 20 – September 10: Tuesday – Sunday: 10:00 AM – 1:00 PM and 2:00 – 6:00 PM
September 11 – October 31: Saturday & Sunday & Public Holidays: 2:00 PM – 6:00 PM
Admission Fee:
Adults – 3.50 EUR
Reduced Fee – 2.50 EUR
Where to stay:
The hotel I stayed in is located in Ponte Arche, about 15 minutes from Fiavé and I can only recommend it. The 4-star Grand Hotel Terme di Comano has an amazing spa and wellness area with 6 saunas, various pools (including kid-friendly pools), and excellent spa treatment offers (make sure that your room includes access to the spa when you book) – perfect for the whole family!
For additional travel tips, things to do, restaurant and hotel recommendation in Trentino, please read my article about Visit Trentino – Italy’s most diverse region.

Thank you Visit Trentino for inviting me to your beautiful region. I had a fabulous time and I can’t wait to return, hopefully soon! 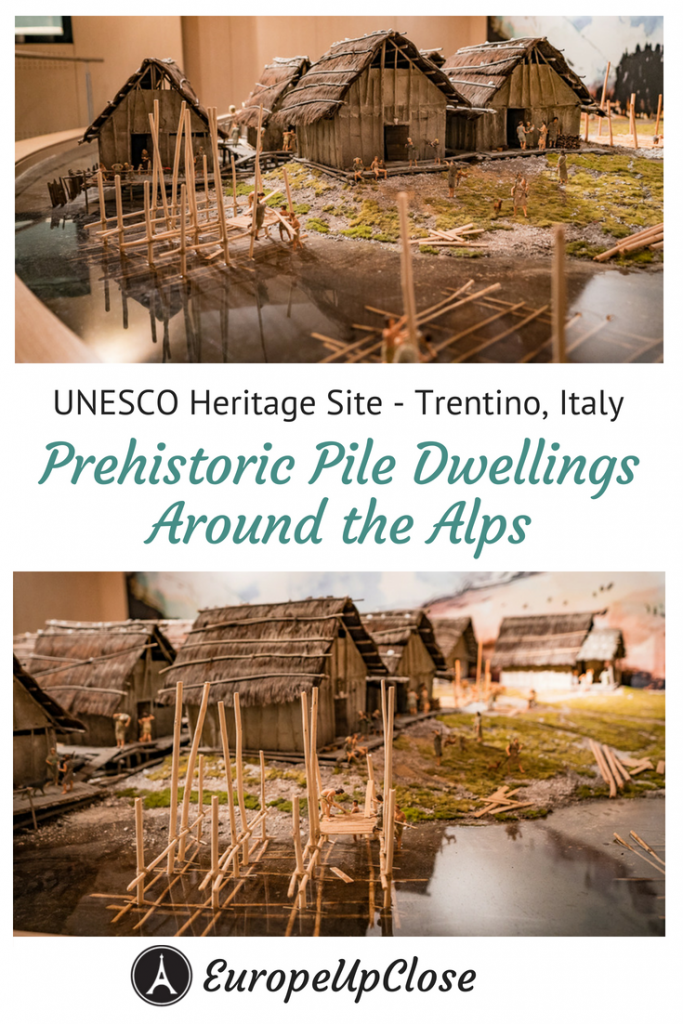 What an amazing place to visit.

I have visited a similar place in Germany once. They actually rebuilt some of the houses on Lake Constance where you are really thrown in how they people used to life. The museum in Trentino also sounds very interesting and I would like to go there and learn about pile dwellings more in-depth.

Thank you for introducing to this "Prehistoric Pile Dwellings around Alps". Beautiful they are! All Conservationists will enjoy this and those who have not seen these will enjoy and thank you.