The Lombardy region is a culinary web, with porcini mushrooms from the Alps, braseola beef from Valtellina, frog legs from Mantua, Cantello asparagus from the Padana Plains valleys, and Luertis hops from Franciacorta. Milan is at the center of the web; its cuisine has been described in extremes, from avant-garde to rustic. Some have mistakenly assumed that it owes its advancement to nearby France, but 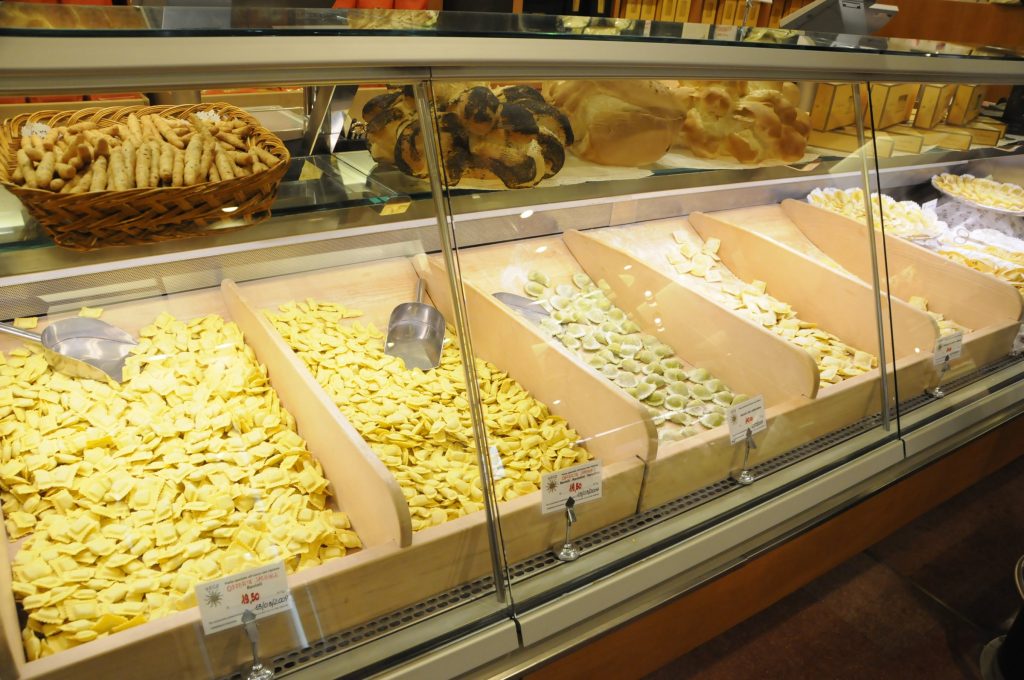 the cuisine of Lombardy is really an anomaly, even in Italy.

Every Italian region offers it own culinary microcosm, but there are several distinctions that make Lombardy stand out. For one, lard and butter are used more than olive oil. It is one of the only regions in Italy that produces rice; and rice and polenta dishes are more popular than pasta. Risotto alla milanese attests to the region’s love of “gold”: it is a risotto with sparse ingredients oozing only with saffron. Many dishes are brilliantly “painted”, using natural cooking ingredients.

Lombardy shares at least one thing with the other regions of Italy: a love of the true flavors of varied cooking ingredients. The simpler the better is certainly a motto in most Italian kitchens.

Below is a list of Milan’s best restaurants. Some traditional dishes to look out for are veal cotoletta milanese (similar to schnitzel, though the Milanese will say the reverse),  risi e bisi (rice and peas), tortelli di zucca (squash-stuffed pasta), and osso buco (a cross-cut veal shank featuring the bone marrow). To compliment these fine dishes is an interesting and prevalent sparkling red table wine that’s worth trying called Oltrepo Pavese. Lombardy cheeses are also highly regarded the world over and many are impossible to find in the U.S. Keep a special eye out for robiola, stracchino, gorgonzola, and taleggio.

Key (price in euros for two people without wine): 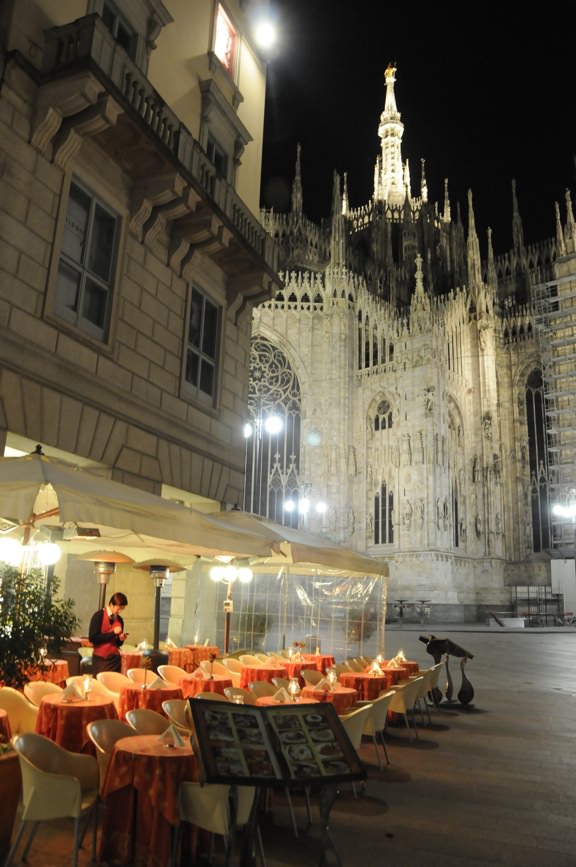 L’Angolo d’Abruzzo da Giannino – €€
Nevermind that this restaurant features food from the Abruzzo region, the food is excellent and the ambiance is electric. Don’t hesitate to take direction from the waiter. After we’d given the waiter our order, he added, “And the white cheese?” We figured, Hey, why not? Lucky for us, he returned with a giant platter of freshly made stracciatella cheese.
Via Rosolino Pilo 20
Tel: 02-2940-6526

L’Osteria del Treno – €€
Located three blocks from the train station, this restaurant is often missed by discriminating diners, but its food and prices make it worth a visit. It remains true to its roots, and you might not get an English-speaking waiter. Try the Tortelli al formaggio d’alpeggio (cheese-stuffed tortelli) or the Guanciale di vitello al Barolo (veal cheeks braised with Barolo wine).
Via San Gregorio 46
Tel: 02-670-0479

Alla Cucina delle Langhe – €€€
This is the place to go after a long day of shopping. Artfully designed, the décor is as chic as the finely tailored suits on Via Manzoni. Traditional Lombardy cuisine is served.
Corso Como 6
Tel: 02-655-4279 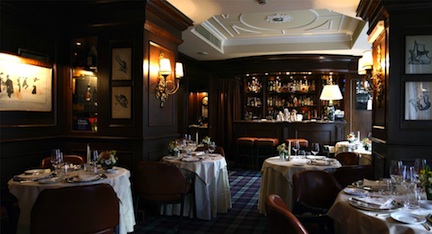 Combining British style with the cuisine of Lombardy, this restaurant offers luxury and privacy after a long day of sight seeing or shopping. Located inside of the Carlton Hotel, the restaurant’s staff are both professional and welcoming.
Via della Moscova 18
Tel: 02-773-331

Il Luogo di Aimo e Nadia – €€€€
If you enjoy mixing fine wine, fine dining, and fine art, you can’t get much better than this restaurant, which has two Michelin Stars. The cuisine focuses on seasonal vegetables (including white truffles in the fall), hearty pastas, and rich meat dishes, including a wide variety of fowl.
Via Montecuccoli 6
Tel: 02-416-886

In the next post, we’ll look at the wealth of accommodations offered in Milan.

Indeed the immortal ones! Back in 1961 My parents had their wedding dinner da Giannino.

ok, maybe the "Baretto" is not one of them, I had never heard of it before, but then Milanese would hardly choose a restaurant in a hotel - at least when I lived there I wouldn't. Did you know that L'osteria del treno, among a handful of few others, was the first Milanese restaurant to be Slow Food -at a time when Slow Food was known only in Italy, and even there not by many- wonder if they still do the donkey stew?

Great article. I am due to stay in the lake Como area around june time. Not too far from Milan I am hoping.

The food in the article above has got my mouth watering. I love porcini mushrooms. The beef sounds great. Never had the frogs legs but it is on my list of foods to try.