If Basque cuisine needs any introduction at all, then let me quote Anthony Bourdain, who has called the Basque Country “the center of Western gastronomy.” With the chance to spend a week in Bilbao, the largest city in the Basque Country, how could I not put such bold claims to the test? Now, I will never claim to be an expert gourmand. However, if you give me a week and a license to eat and drink, I will find some of the best eating and drinking a city has to offer. 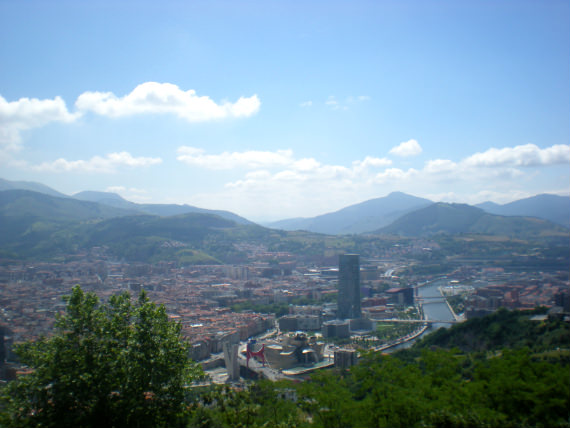 Gastronomy in Bilbao developed along a unique path. There are three good reasons for this, as far as I can tell. The first two reasons are cultural.

Basque cuisine owes much of its development to the establishment of, historically, male-only gastronomical societies called txokos (pron. “CHOKE-ohs”). Periodically, members of the txoko get together to cook great feasts, eat and socialize. These kitchens became the incubator for modern Basque cuisine, especially as old dishes were rediscovered and improved upon.

Second, a desire to express Basque culture as something unique and independent puts an emphasis on eating local ingredients. Basque people understood the locavore diet well before the rest of us caught on. 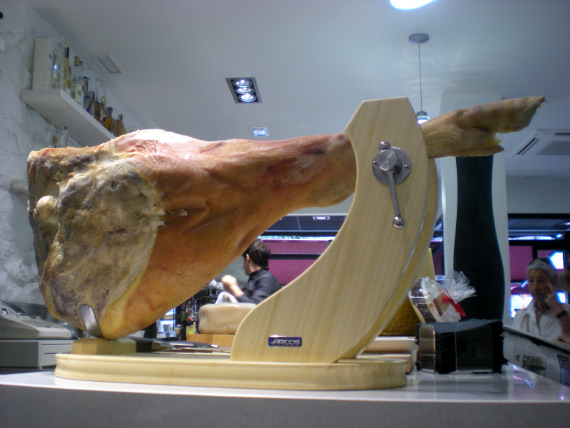 Finally, Bilbao only recently found its swagger. For years, San Sebastian, just up the road with its galaxy of Michelin stars, was the Basque Country’s glamorous city. Bilbainos, with their soot-covered industrial city, were envious.

All of that changed in 1997, when Bilbao unveiled its Frank Gehry-designed Guggenheim Museum, a massive titanium flower of a building along the river. Tourism and money poured in, and after only 15 years it’s impossible for a newcomer to imagine that Bilbao was once unspectacular.

This cauldron of culture and circumstance created the Bilbao I was introduced to. I discovered a sophisticated cosmopolitan city with more than enough cafes and pintxos bars to keep me busy for a week.

Below are my recommendations for eating and drinking in Bilbao

Bar El Globo
This was my favorite place to get pintxos (Basque tapas) in Bilbao. The pintxos were both delicious and creative (curried banana wrapped in bacon and fried; blood pudding rolled into a ball and coated in peanuts). The atmosphere was always calm, like an indie coffee house in a college town, despite the fact that it was always packed. The wines were almost all local, too; this is a good place to get acquainted with txakoli (pron. “cha-co-LEE”), a semi-sparkling white wine that is sour enough to invite a pucker on the first taste. Price: You can eat very well for less than 15 euros per person. Calle Diputación, 8

Restaurante Sangotardo
This is homestyle cooking you would eat at your grandmother’s house if you had a Basque grandmother. And if she didn’t feel like cooking, this is where she would eat. My girlfriend and I stopped in here for a workweek lunch special: Three courses, plus wine, for 12.50 euros. We were full after the first course, a whole bucket (no, really) of chickpea and spinach soup. My second course was fried pork cutlets and fries, a dish that would be right at home in the American South. We topped it all off with a bowl of ice cream and pineapples, then two cups of coffee so we wouldn’t fall asleep immediately.
Calle Diputación, 2 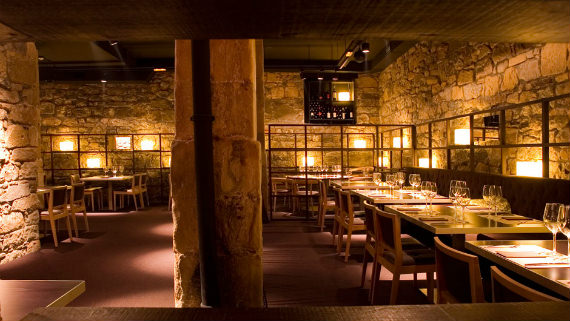 The inviting interior of Bascook

Bascook
We were a group of eight at Bascook, a modern sit-down restaurant that works best when you order shared plates. Bascook is fun: Rather than a menu, servers bring guests a tabloid newspaper, printed in-house, that lists the dishes in the middle pages. I should note at this point that, while I was trying to get by on my high school Spanish, I had to ask for a translated menu. My high school teacher never taught me the word for “fish cheeks.”

Highlights from the meal, for me, included a guacamole that was spiced with wasabi, txuleta de la hostia (I won’t translate that one because this is a family site) that was maybe the best steak I have eaten in years, and a wild frozen gin and tonic desert with little gelatinous cubes. Price: Not much more than you would pay at Red Lobster.
Barroeta Aldamar, 8 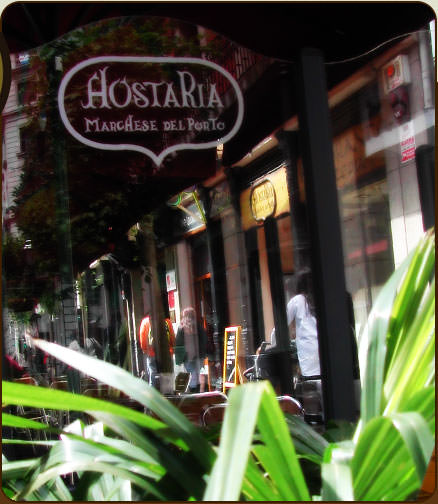 Hostaria Marchese del Porto
This was the go-to coffee spot for two reasons. One, they served the local coffee, Fortaleza, which was very good. Two, Ernesto behind the counter remembered everyone’s order after just two visits. Price: About 1.50 euros for a coffee.
Marqués del Puerto, 10

Exploring Bilbao: A Paradise for Foodies and Art Lovers | EuropeUpClose.com

[...] Bilbao is the largest city in Spain’s Basque region (northern Spain) and the capital of the province of Biscay. I will not sugar coat the fact that getting from Paris to Bilbao by train took quite a bit of schedule coordination. Thanks to my fluency in French and my husband’s competency in Spanish (and quite a bit of luck!), we arrived in Bilbao in the late afternoon, four train rides and eight hours after departing Paris that morning. (Lesson learned: coordinate train schedules ahead of time and pack snacks). Tired and hungry, we checked into our hotel on the Nervion River and set about trying to find something to eat- a nearly impossible feat during the city’s two hour daily siesta. [...]

Yummm...look at that jamon!!  Reminds me of the countless legs of prosciutto thrown on deli slicers across Parma, Italy.  Thanks for the recommendations!!

You are very welcome, Jeannie!

Interesting article and having been in Bilbao last December, I can only recommend everyone to visit and eat in this city.  A little sidenote though : the jamón serrano on your picture, is definitely not a cooked pig leg. It is a dry-cured ham which is without a doubt my favourite pintxo / tapa.

Thank you Ingrid. I fixed the photo to read jamón serrano.