There are plenty of ways to celebrate New Year’s Eve in Vienna, Austria and its never to early to start planning next years extravaganza. If you’re lucky enough to be in the land of the Blue Danube next  New Year’s Eve and Day, here are some tempting options for ringing it in right.

Celebrate in the Old City 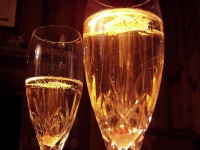 Vienna’s old city is where you’ll find the party on New Year’s Eve… and it starts early. Revelers begin gathering  around 2 p.m. to enjoy concerts by top international musicians at the Rathaus (City Hall Square, Friedrich-Schmidt-Platz 1, 1010 Vienna). Feeling peckish? Head down the New Year’s Path, where food carts gather to serve you delicious fare to keep you well fed and watered into the wee hours of the morning (of course, the champagne will be flowing). There are also a variety of small stages that feature music, comedy and dance performances, operettas, and DJ entertainment. Looking to brush up on your waltz skills? Head to the “classical area” on Graben (Dorotheergasse 3, 1010 Vienna) where the Vienna Dance School offers waltzing classes for beginners and experienced dancers alike. Later in the evening, revelers gather in the Heldenplatz (heroes’ square, a historic plaza, Innere Stadt, 1010 Vienna,) Prater (Weiner Prater, a large public park, Leopoldstadt, 1020 Vienna) to take in impressive professional fireworks displays.

A New Year’s Eve ball in Europe is one of the most romantic ways I can imagine to ring in the New Year. A ball in Vienna, Austria, home to the waltz, is even better. There are a variety of New Year’s Eve balls hosted at sites across the city. One of the most famous is Le Grand Bal/Kaiserball/Imperial Ball in Hofburg Palace. Le Grand Bal includes more than just dancing and drinks— you can expect a multi-course gourmet meal, a late night performance by the Austrian Ballet, and a fireworks spectacle. After the festivities, settle into the luxurious accommodations and awaken ready to enjoy a gourmet breakfast as your first meal in the New Year 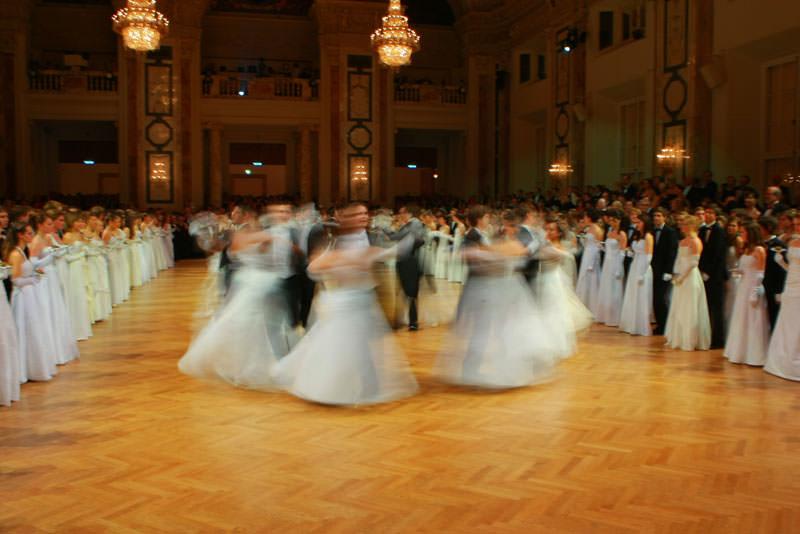 Take a New Year’s Cruise Down the Danube

There are several ways you can ring in the New Year on the Danube. One option is to take an extended six or seven-day cruise that leaves from Passau. Imagine celebrating the New Year while experiencing the capital cities of Vienna, Bratislava and Budapest. On New Year’s Eve, the ship will be moored in the Hungarian capital of Budapest and passengers will enjoy a lavish on-board gala dinner and dance. Another option is to take a 4 ½ hour cruise on New Year’s Eve aboard a DDSG Blue Danube ship (such as the MS Admiral Tegetthoff or MS Prinz Eugen). These cruisers enjoy a copious buffet, live music and great views of the fireworks at midnight. If you haven’t over-indulged the night before, a New Year’s Day cruise can be a relaxing way to begin the new year. Many of these cruises offer brunch options. 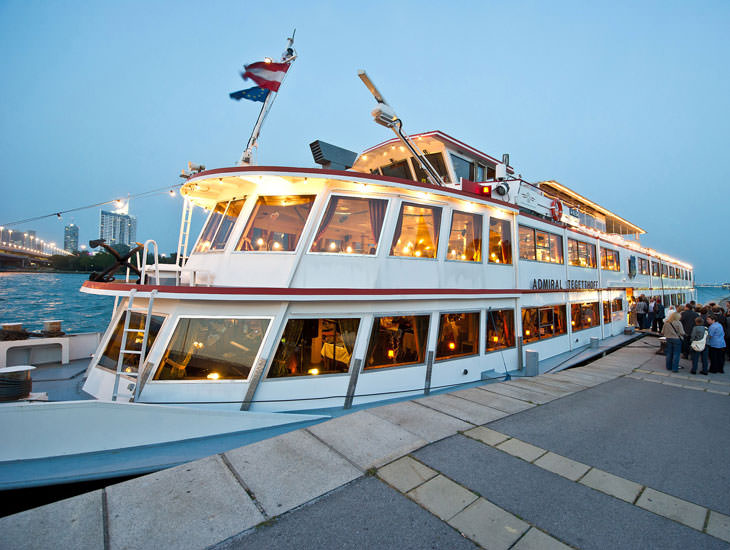 A traditional Viennese brunch is a great way to recover from the previous evening’s festivities. Many hotels and restaurants around the city offer impressive New Year’s Day brunches with plenty of cured meats, egg dishes, pastries and, of course, strong coffee. 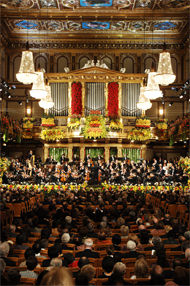 Celebrate New Year’s Day with the traditional Vienna Philharmonic  New Year’s Day Concert, which is shown on a large screen in front of City Hall. You’ll share in a truly international experience: the concert is broadcast by radio and television to people in over seventy countries. Founded in 1842, the Vienna Philharmonic is considered to be one of the finest orchestras in the world.

I'LL BE HAPPY TO HAVE MORE INFORMATION IFF POSSIBLE ABOUT THE VIENA FILARMONIC CONCERT ON THE SCREEN ON 1.1.15 IT IS THERE PLACES TO SEAT OR IS BY STANDING UP? IT IS THE ENTRENCE FREE OR TIKETS? ANYWAY SHOULD BY FUN! THANK YOU CARMEN