Sometimes called Europe’s best-kept secret, Belgium is slowly starting to climb the ladder of popular western European destinations. Although less-visited than its neighbors (the Netherlands, France and Germany), it does have an overwhelmingly extensive menu of historic sites and attractive sights – a menu of which, once you’ve tasted one dish, you’ll be a craving much more. 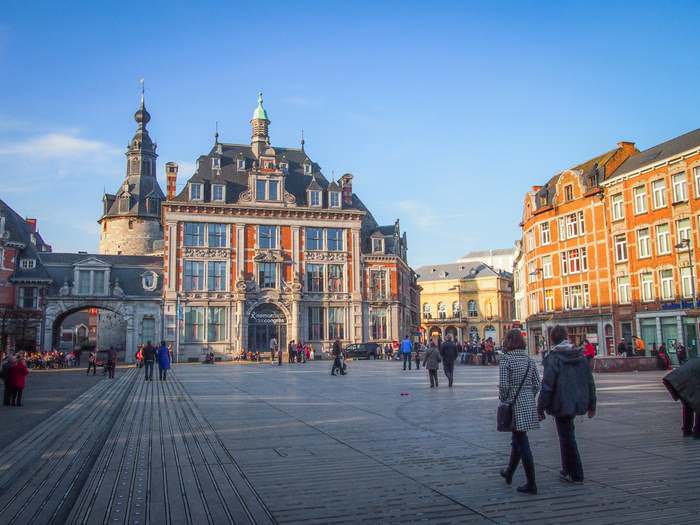 The Belfry in Namur is a UNESCO World Heritage Site

Talking about menus and dishes, it’s no secret that Belgium is a country of food. Its main export products are chocolate, beer, waffles, endives and Brussels sprouts. Additionally, this is the very country where “French” fries were invented – you’ll find a few fries museums across the country, the most well-known is located in Bruges.

This post, however, won’t be talking about Bruges, nor about Ghent, Antwerp or Brussels  – the four main cities in Belgium. Instead, we’ll be zooming in on five less-known Belgian towns that are absolutely worth visiting; towns that are packed with either history, beautiful architecture, food or any combination of those things. 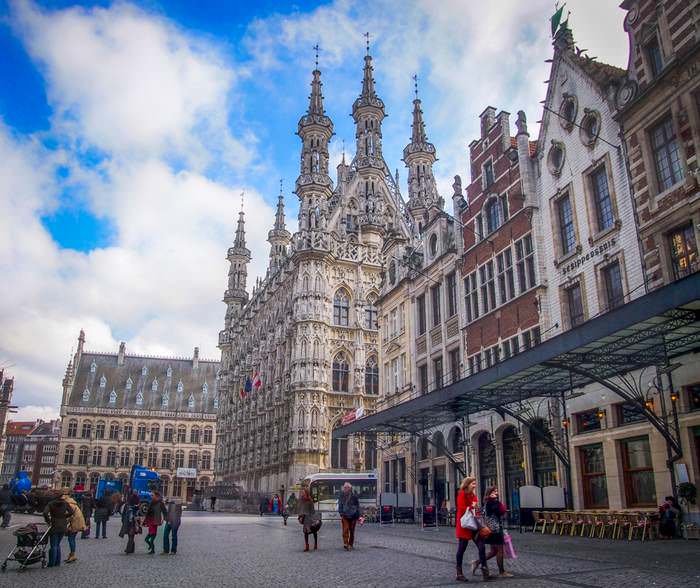 Leuven’s  90,000-strong student population certainly doesn’t complain about the fact that the world’s largest brewery (AB InBev) is headquartered in the city. Located a short distance from the Belgian capital city of Brussels, this medieval city is incredibly photogenic and home to the oldest and biggest university in the country. Other landmarks are the spectacularly ornate Gothic town hall, easily one of the greatest examples of Gothic architecture in the world; the two beguinages, which are a UNESCO World Heritage Site; and several old churches. Add to that winding, cobbled streets lined with bars and restaurants and a throbbing nightlife and you have yourself a very exciting city. I can attest to that – I studied there for a year. 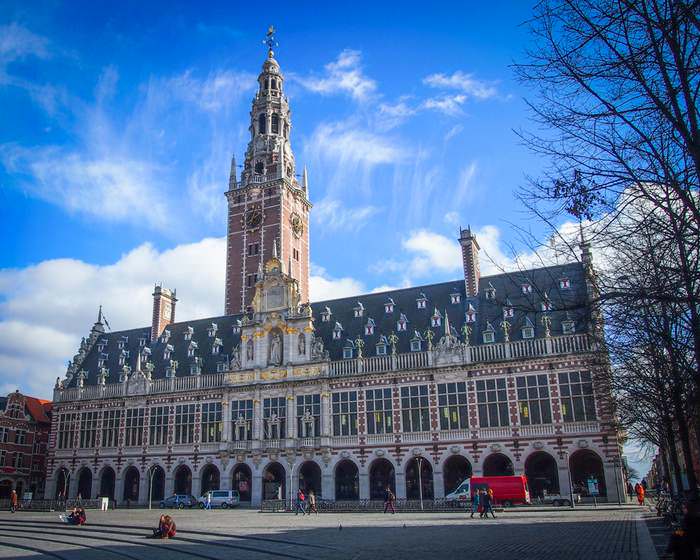 The University Library in Leuven, one of Europe’s most beautiful libraries 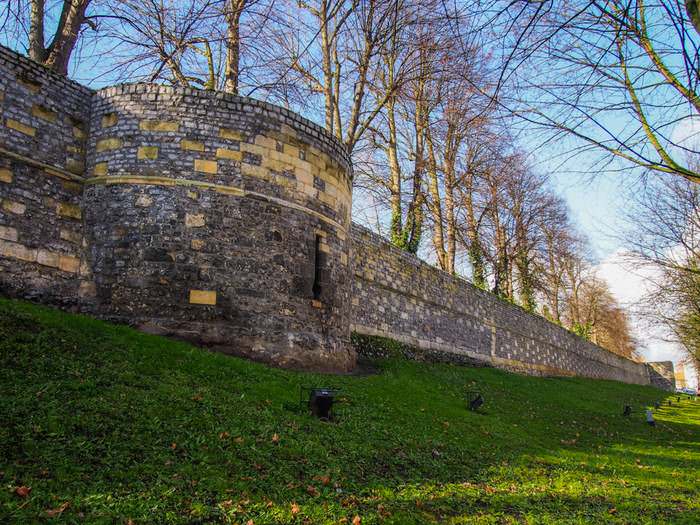 Established by the Romans in the first century BC as a supply station on a busy road, Tongeren, located in the far northeast corner of Belgium, is the oldest city in the country. As the settlement expanded, the Romans built a fortified enclosing wall. Later, the medieval rulers of the city did the same. Sections of those two walls can still be seen and touched, even walked upon, while other attractions like the enormous Basilica of Our Lady and the Statue of Ambiorix have their own stories to tell. Definitely make sure to visit the magnificent Gallo-Roman Museum for an archaeological introduction to the town’s origins. 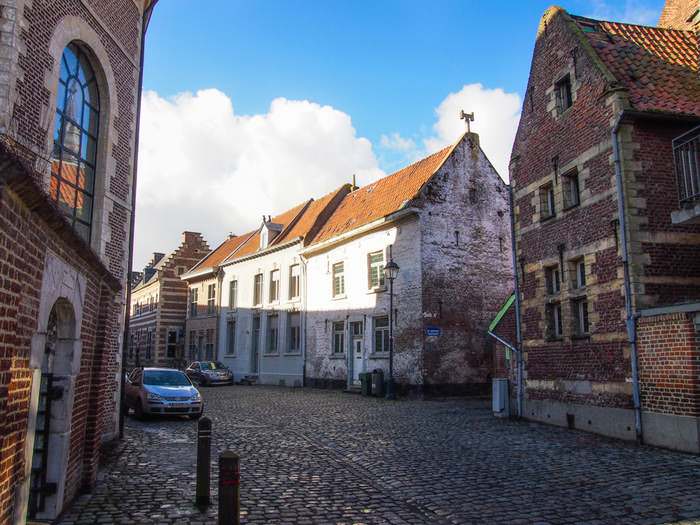 Cobbled street in the beguinage of Tongeren, a UNESCO World Heritage Site 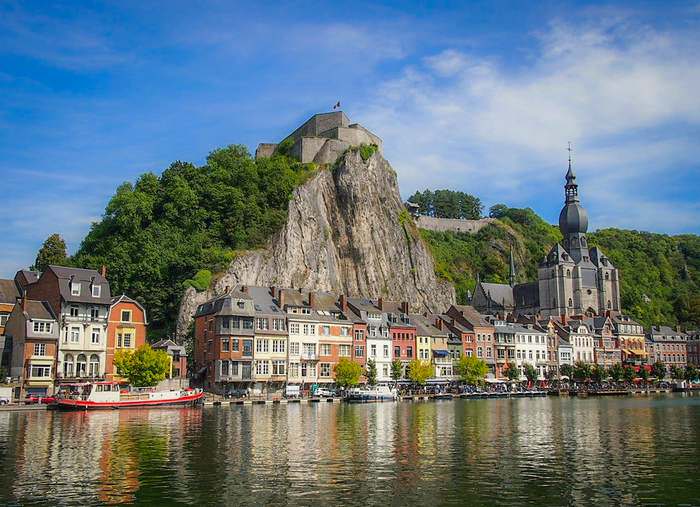 For such a small town – its population isn’t more than 14,000 – Dinant has a surprising number of fascinating landmarks. The Collegiate Church of Notre Dame with its striking onion-shaped dome dominates the town center, which is spread out narrowly on the banks of the Meuse River, while the mighty Citadel overlooks the town and river from atop a massive cliff. The Citadel of Dinant is without question the town’s main attraction. This powerful fortress was first built in the 11th century and renovated and enlarged a few times later. Now, it’s home to a fine history museum and offers fantastic panoramic views of Dinant and the surrounding hills. Another feature of the town is the Adolphe Sax House, the very house where the inventor of the saxophone, the instrument that forever changed the sound of music, was born. The surrounding area is dotted with small castles, landscaped gardens and caves. 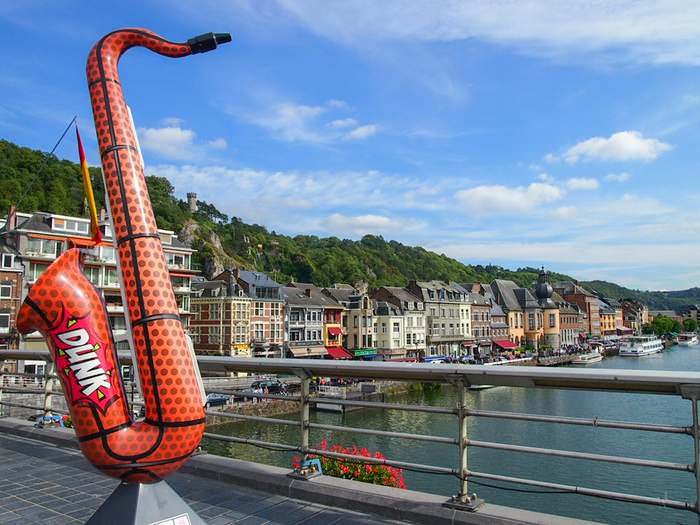 Saxophone statues are found all over Dinant 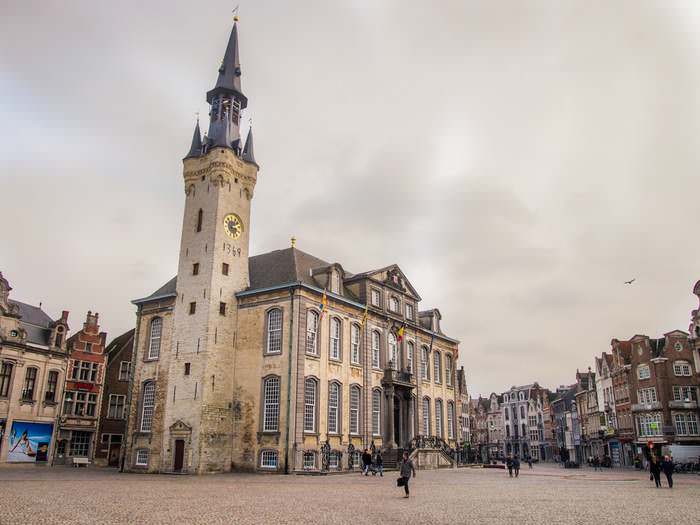 Town Hall and Belfry in Lier, one of the city’s main attractions

Lier is situated in the province of Antwerp. It’s a rather quiet town of almost 35,000 inhabitants, yet there’s quite a lot to see. Maybe surprisingly, Lier has two UNESCO World Heritage Sites, both of which are absolutely stunning. Attached to the town hall, the medieval belfry occupies the center of the pretty town square and is where the visitor center is housed. The second world heritage site is Lier’s historic beguinage, a tranquil and peaceful oasis of cobblestone streets, white row houses, lawns, trees and ponds. This is a great city for a day trip – it is bisected by a calm river, its banks lined with downright gorgeous buildings, and dotted with historic structures, such as the Saint Gummarus Church and the Zimmer Tower with its fascinating astronomical clock. 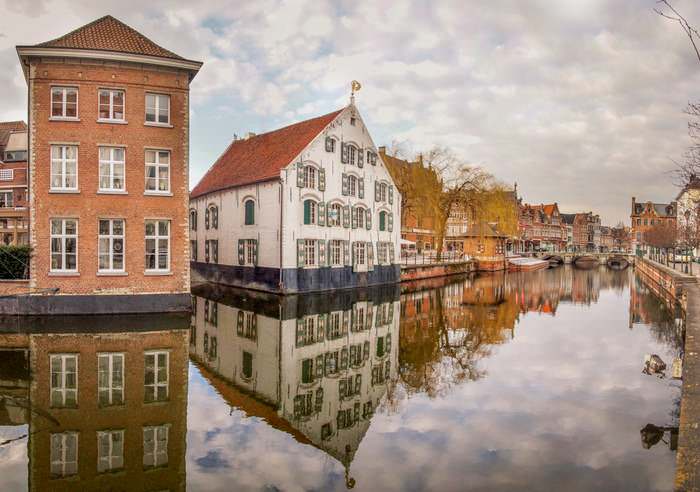 Beautiful waterfront in the city center of Lier 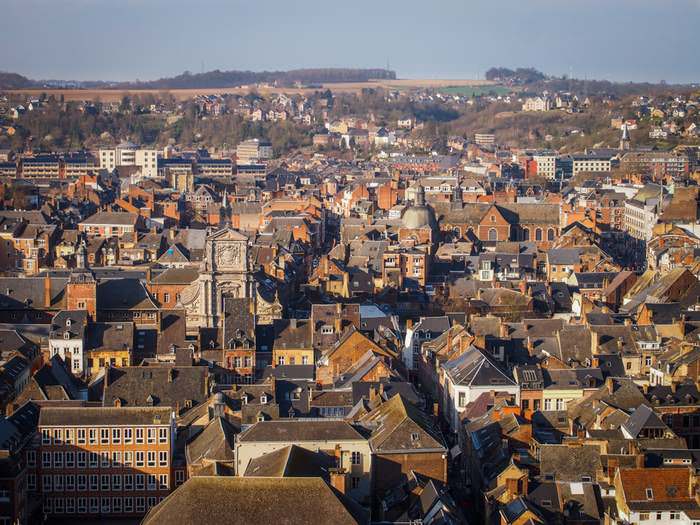 View of Namur, seen from the mighty Citadel

Built at the confluence of the Sambre and Meuse Rivers in southern Belgium, Namur (http://www.namurtourisme.be/) is yet another small city with an immense historic value. A strategic vantage point since the early Middle Ages, the rocky spur between the two rivers is topped by the majestic Citadel of Namur, which at one point was one of the most powerful strongholds in Europe. This great location has been a blessing in disguise for Namur, for the city has been the center of many wars and battles over the course of its history. The once mighty citadel is now a peaceful public park, which is free to visit and it offers brilliant views of the rivers and the city center. Other highlights include many museums, riverside walkways, the Saint Aubain Cathedral, and the belfry, yet another UNESCO World Heritage Site.

Written by and photos by guest contributor Bram Reusen for EuropeUpClose.com. Bram Reusen is a freelance travel writer, translator and photographer from Belgium who currently lives in Vermont, USA. Bram’s preferred ways of traveling and getting around are hiking, cycling and road tripping. You can follow his adventures at Travel Experience Live  http://www.travel-experience-live.com.

I couldn't agree more! More European trip itineraries should include the small towns of Belgium. Though even Antwerp and Ghent are overlooked too often. Lier was the loveliest surprise during my years in Belgium. Ypres as well is such a touching visit.

[…] starting to climb the ladder of popular western European destinations.” Here are five lesser-known Belgium towns that will knock your socks […]

I love Belgium and I have been there many times. My parents used to live there from 2002-2006 so I have travelled around the country a little bit. They lived in the fabulous town of Mons, a place everybody should visit, especially this year as it is the European capital of culture this year :)