One of the nice things about being a tourist in Budapest, the capital of Hungary, is that you can stop for a coffee as often as you like and claim that it’s all part of the cultural experience. Hopping from one Budapest café to the next, you can sample a range of different versions of the caffeinated beverage while admiring the architecture of the establishments, dating from the 19th century to the present. While you do so, you can imagine all the Central European cultural figures who did much of their best work while sitting in just these places, drinking the same brew. 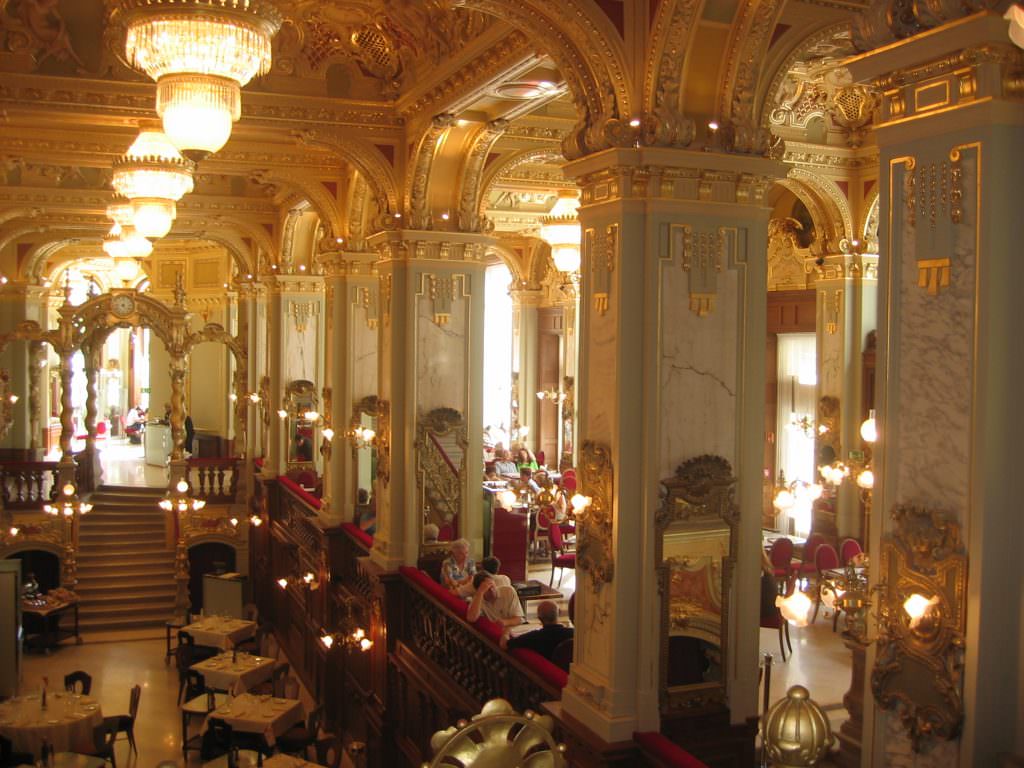 The New York Palace Café Budapest, for example, has been restored to the opulence it enjoyed in the late 19th and early 20th centuries when it was one of the favored workspaces of newspaper and magazine editors and writers. Kitted out with silk, leather and Italian marble, it includes a full restaurant menu with dishes that reflect its current Italian ownership. If the crowd at the New York seems a little too tourist-heavy – or you want some more affordable warm food options, including a good Hungarian goulash  – try The Central. Like the New York, it was restored to its fin-de-siecle elegance after being neglected during the communist period, but The Central actually seems to have regained some of its former function as well: as a meeting place for today’s thinkers and doers. 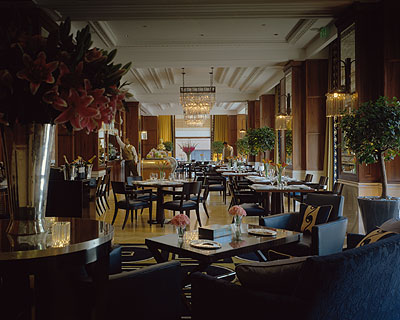 Perhaps the most gorgeous café in that category, though, is the one in the Four Seasons Hotel Gresham Palace, a wonderfully restored Art Nouveau edifice called the Gresham Cafe. This used to be a favorite haunt for intellectuals from the Academy of Sciences close by. From the window of the cafe, you look out across Budapest’s serene Chain Bridge and up at the hilltop royal palace. Gresham’s cappuccino comes in a generous size, and its delicious foods include a vanilla cream puff-pastry called Mille-Feuille.

There’s a different tone at the Muvesz, though still a nostalgic one. Not so much a coffeehouse as a pastry shop, the somewhat cramped Muvesz, its walls hung with paintings, does not seem to have changed in the past 50 years or so. It offers creamy Hungarian cakes as well as the usual liquid refreshment. Similar cakes and a similarly claustrophobic, untouched-by-time atmosphere can be experienced in the Ruszwurm, 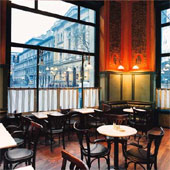 in the heart of the castle district up on the hill.

By contrast, a visit to the downtown square named Liszt Ferenc Ter, which is lined with excellent cafes such as Vian, is more of a trip to the 1990s. It was during the decade immediately following the fall of communism that this area evolved into a place for hipsters to imbibe and shoot the breeze. Nowadays, it is fantastically popular on summer days – and nights – when all the cafes put tables out on the square. Come back in the morning and you’ll find that Vian does a pretty good breakfast as well. 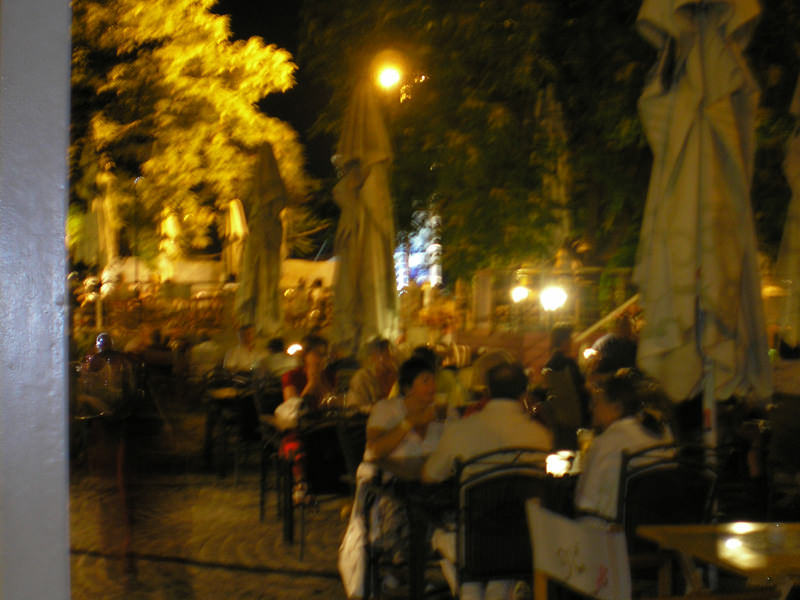 Another place that has somewhat the tone of 90s hipsterville is Angelika. This is a pretty, spacious, comfy and relaxed café, located in what used to be an abbey, on a square by the river on the Buda (west) side of the Danube river. While the current look of the café is about a decade old, the building has contained some kind of inn or watering-hole since the 17th century. Angelika is really lovely in summer when you can sit on the big multi-level pavilion and look across at the neo-Gothic Parliament building. The menu includes warm lunch options as well as drinks and cakes.

Walk down Raday Utca – a long, pedestrianized street a little south from central Budapest – and you will find a high concentration of places to eat and drink, of which the best – from the coffee point of view – is Café Eckermann. This is part of the Goethe Institut, a German institution which has a venerable history as part of cultural life in Budapest, and which was relocated to these pleasant, air-conditioned premises in the mid-2000s. Adorned with art and photos of local cultural figures, Eckermann somehow combines a bohemian and an upmarket ambiance. If all this coffee is making you jittery, you’ll be pleased to learn that as it joins the modern western world, Hungary has not been immune to the growing interest in tea drinking. While all the cafes mentioned so far serve tea, Budapest also has several places specifically focused on the mighty leaf. An outstanding one is Nyitott Muhely, which has shelves full of big jars of tealeaves from around the world. An added bonus of coming here is that you get to be right at the heart of contemporary Hungarian art and culture as it happens. Multi-functioning as a performing space, bookstore and handicraft workshop, Nyitott Muhely frequently hosts jazz concerts and readings by young local poets.

And if you are still looking for the perfect hotel in Budapest, here are our recommendations on where to stay in Budapest.

Dear David! Next time in Budapest don't miss Auguszt coffee house/ sweet bakery/cafe! (at least one of them) It is worth it! :-)

When we visited Budapest, our new friend advised us to go to Blue Rose (in Hungarian Kek Rose, although I do not remember for sure). IT WAS AMAZING, VERY CHEAP AND we had dinners there entire time.

I loved Budapest. One of the most surprising cities I have been to. Great alternative or supplement to a visit to Vienna.