The lovely city of Alesund is situated at the peak of the fjords in the Sunnmore region and consists of five Islands. Amazingly, there are subsea tunnel connections to/from the city centre to many of these islands. The city of Alesund, with a population of 40,000, is known for its architecture in Art Nouveau style, its surrounding fjords, and the high peaks of the Sunnmore Alps.

This area has an amazing history. Archeological finds show that there have been settlements within the area for about 9,000 years. The stories are brought to light in the Viking Sagas of Snorre. The middle age Kaupang of Borgund was the first “town” in Sunnmore. The Black Death Plague and the Hanseatics have been blamed for the area’s loss of position as an economic centre during the fifteenth century, when Bergen got control of the Sunnmore trade. Moreover, the city suffered a fire in 1904 that created more than 10,000 people homeless as more than 800 houses burned down during a 24 hour period. In 1907, 600 houses were rebuilt in the centre of Alesund. This new town was erected in the novel architectural style of Art Nouveau.

Visitors heading to this area will find that there are many ways to get there. Surprisingly, there is an airport in town and there are easy connections by air from Oslo, Bergen, London Gatwick, Copenhagen and Riga. A popular and more eco form of transport are the express boats and ferries that sail up and down the coast, however remember that in the summer months there are long lines to get on the ferries, so making reservations or getting in line early is recommended. 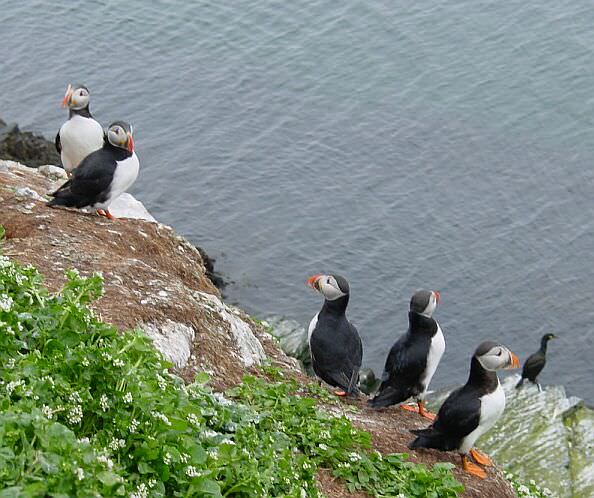 The flora and fauna in this region is incredible and in the valleys and forests, there are huge numbers of interesting birds, such as white-tailed eagles and golden eagles. It’s also the home of reindeer, deer, elk, otters, fox, marten, stoats and hares. Just to name a few! Fishing is obviously a staple to the locals and you can catch cod, coalfish, wolf fish and haddock in the fjords.

The most popular attractions in the area are the Geirangerfjord, the bird island of Runde, Alesund’s Art Nouveau architecture and the aquarium, which is the largest in all of Scandinavia. Also, the The Festival of New Norwegian Literature, Art and Music is held each year during the last week of June. So depending on your interests, you may want to avoid the crowds and come later in the summer.

Most visitors will not want to miss the Puffins at Runde Bird Sanctuary. A tour of the southernmost bird cliff in Norway will certainly be a memorable experience for nature lovers. This tiny island is invaded every year by more than 500,000 nesting birds. More than 220 species have been identified, but the most celebrated are the puffins. Of course they only allow a limited number of tours on the island at a time, so book a tour well in advance.  Norway Green Tours offers eco friendly tours  and is backed by the Norwegian Tourist Board.

The City of Alesund is, in a word, beautiful. The many turrets, spires and beautiful ornamentation that give the town its distinctive character are like something from a fairytale. The national Art Nouveau Center (Jugendstilsenteret), provides fascinating insights into this unique architectual style as well as the construction process. 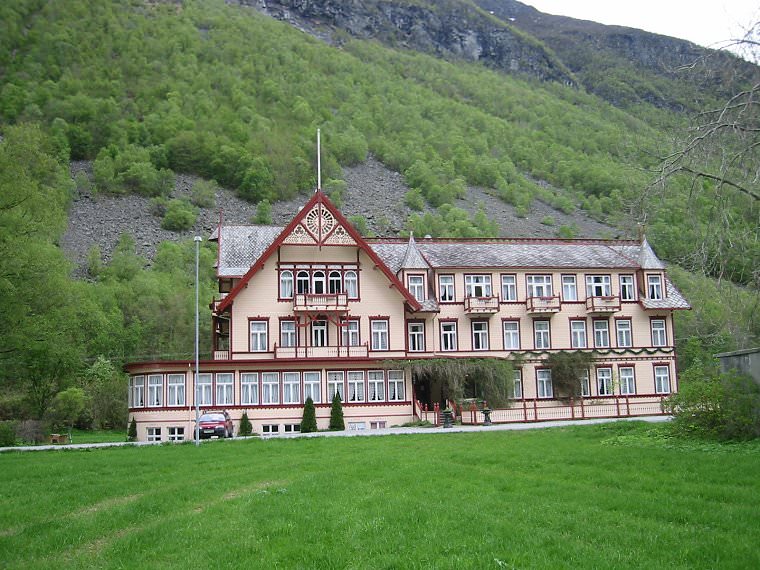 The city offers a slew of hotels to choose from, including: a luxurious 5 star resort, a family-run hotel, or even a rustic fishermen’s cabin. Almost all of the hotels here are “eco rated”. The Norwegians take the care of their environment seriously and make it mandatory for areas like this to offer eco friendly options. By far the best and most talked about hotel is the Hotel Union Oye. This hotel has hosted kings and queens and is a step back in time. No two rooms are alike, except in having comfortable four-poster beds and modern bathrooms. But telephone, television and radio are not to be found in any guest rooms. This hotel offers tours such as fjord safaris to Alesund and the bird cliff of Runde. Canoe and bicycle rentals are also available.  And you won’t want to miss the exciting werewolf-hunting tour by night and the Gobelin picnics Al Fresco by day!

A more affordable choice is the Hotel Brosundet . This hotel has only 47 rooms and is an old converted Art Nouveau warehouse. The staff consists of people with great knowledge of the town and its surrounding areas. Hotel Brosundet is nestled amidst residential homes, distinguished shops and boats. It is in the heart of Alesund, so walking around to the sites is easy.

Whether you choose to sample the local seafood or take in the views of the fjord and surrounding mountains, Alesund has a lot to offer when it comes to culture, nature and adventure.