Brasov, Romania, is a historic city blessed with well-preserved medieval fortifications that can be explored in their entirety. Formerly surrounded by a quadrilateral shaped wall, the historic center of this Transylvanian city is now bracketed by the surviving two sides of wall, on the 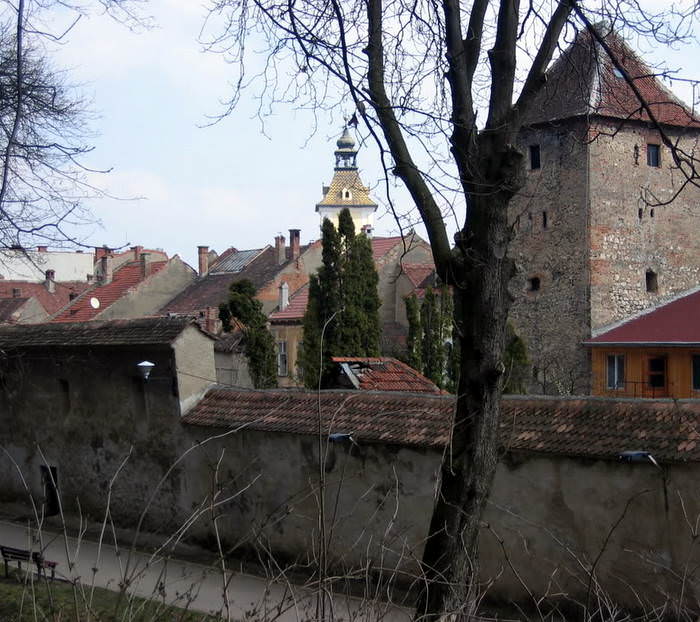 east and west. The shorter northern and southern walls were destroyed as the city grew from the eighteen-hundreds onward.

The construction of the fortifications started in 1395 on the decision of Sigismund, the king of the country to which Transylvania belonged at the time – medieval Hungary. What crystallized his decision was a summit between himself and Mircea cel Batran, ruler of the neighboring Wallachia, during which they agreed on an alliance to stand against the Ottoman Turks. Brasov had suffered numerous invasions and raids, and these continued for decades, including a particularly crippling one by Turks in the year 1421. That meant there was constantly a reason to continue working on the walls. Nevertheless, they were not finished to their fullest degree until 1641. At their peak, the walls boasted eight bastions and 28 towers. A few of those bastions still stand, most of them named after the guilds of craftsmen who constructed and guarded them.

A tour of the eastern wall starts with a visit to the formidable Weavers’ Bastion, still standing in its 16th century form. In fact, the weavers had two stabs at building it, creating the lower floor and 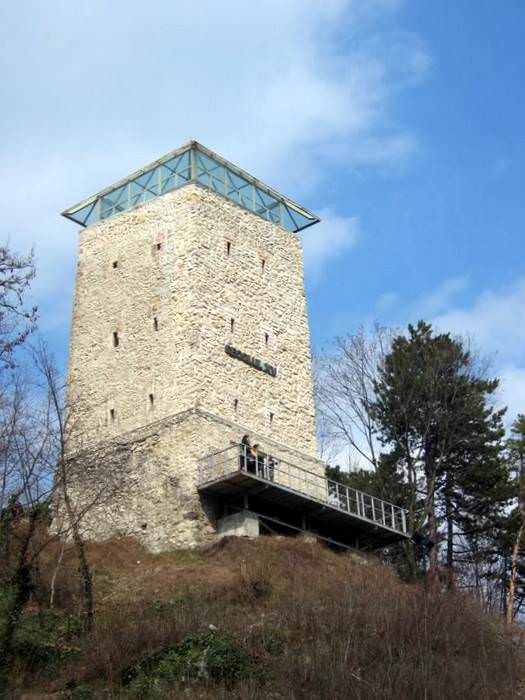 two upper galleries from 1421 to 1436 and adding more galleries between 1570 and 1573. This bastion can be reached from downtown Brasov by following the street called Strada George Cosbuc – a bit of old wall runs along the side of the street.

The bastion’s floor plan is pentagonal, with three of its corners having square-shaped towers. Its walls are 4.5 meters thick with narrow slits for directing weapons while the upper floor has holes pointing downward, through which hot pitch or oil could be poured onto attackers.

Inside the bastion there is a little museum whose prize exhibit is a scale model showing the city fortifications, as a 17th century visitor would find them. The model itself is a piece of history, having been made in 1896. The museum also contains period tools and weapons. At the center of the bastion is a courtyard where concerts are sometimes held.

From this bastion, follow a road that runs northeast along the remnants of wall, which include the Ropers’ and the Drapers’ bastions. Close to the Ropers’ Bastion – which was first erected in 1416 – there is a station where you can board a cable car which will take you up to the summit of  Tampa hill. At 375 meters above the town center, this peak provides a terrific view. A citadel used to stand on this hill, but the townsfolk demolished it to obtain material for the early stretches of the Brasov walls.

To explore the western wall, follow a pathway called “Dupa Ziduri” (beyond the walls) that winds along the bank of Graft stream. This takes you past extensive stretches of white stone with red tiles. Built into the wall are the 16th century Blacksmiths’ Bastion and Graft Bastion. The latter 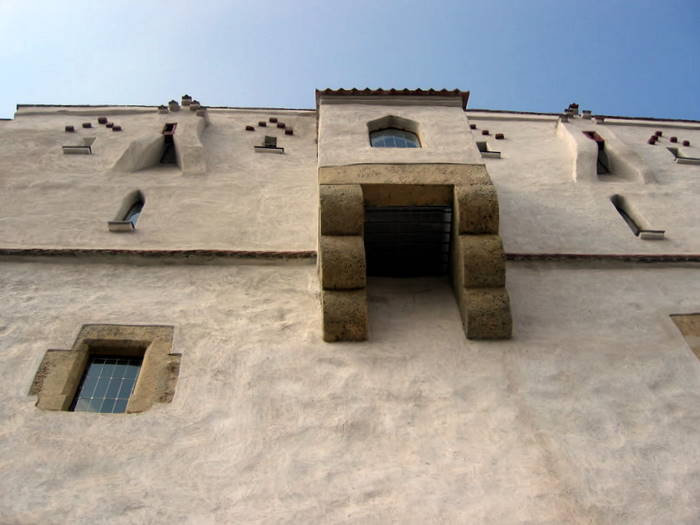 contains a café and a little history museum displaying armor and weaponry from the 17th to 18th centuries.

While on this route, you’ll notice two sets of steps that lead to towers on a hill named Warthe. These provided additional city defense. The more northern of these is the rounded White Tower, while the southern one is the square-shaped Black Tower. They are both white now, but the “black” one gained its nickname after it was blackened in a fire sparked by a lightning strike in 1559. It contains a weaponry exhibition. Both these towers were erected during the latter half of the 15th century. Their steps provide great views over the city.

While the southern side of the wall has disappeared, you can still see a gate that used to form part of it. The massive, squat Ecaterina Gate was constructed in 1559. On the outer facade is a Renaissance rendition of Brasov’s traditional emblem: a crown from which tree roots emerge downward. The gate is topped by pointed towers, with the four small ones on the 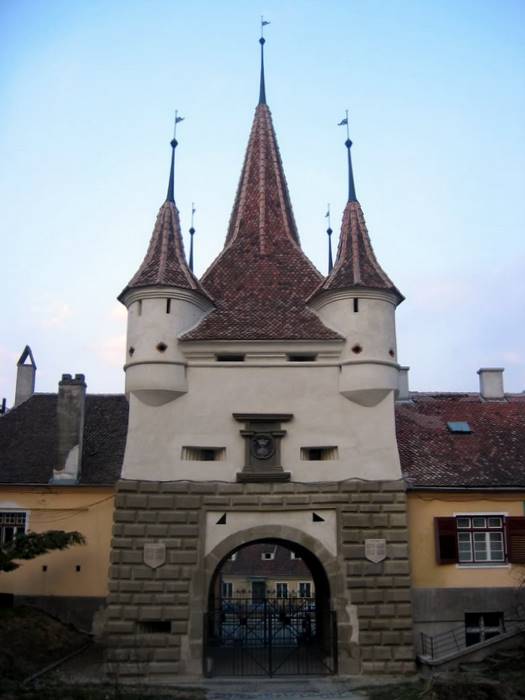 Slightly to the east is the neo-classical Schei Gate, which did not belong to the old fortifications but was built in 1827. It formed – and still forms – a gateway between the outlying district of Schei and the town center. Although there is nothing left of the northern wall, the shape of the city streets still gives you a clue about its location, as they open out into a much broader dimension. A street named Bulevardul Eroilor traces the line the wall once followed, and now forms the southern border of a long park named Parcul Titulescu. The park contains a statue of a celebrated diplomat, Nicolae Titulescu, and a monument commemorating those who died during the anti-communist uprising in 1989.

Running along the park’s northern perimeter is a street called Strada Nicolae Iorga, where you’ll see big villas in a typically Romanian style called Brancoveanu, with chunky pillars, galleries and colonnades – worlds apart from the German burghers’ houses a block further south.
This more spacious part of town is home to some large hotels, including Brasov’s finest, the five-star Aro Palace. Renovated in 2005, it has more than 300 rooms, a casino, and a top-floor bar with stunning views across the old city center.
While in this neighborhood, you might want to take a walk or bus trip north along Strada Lunga to visit Bartolomeu or “Old Brasov.” That’s right – before 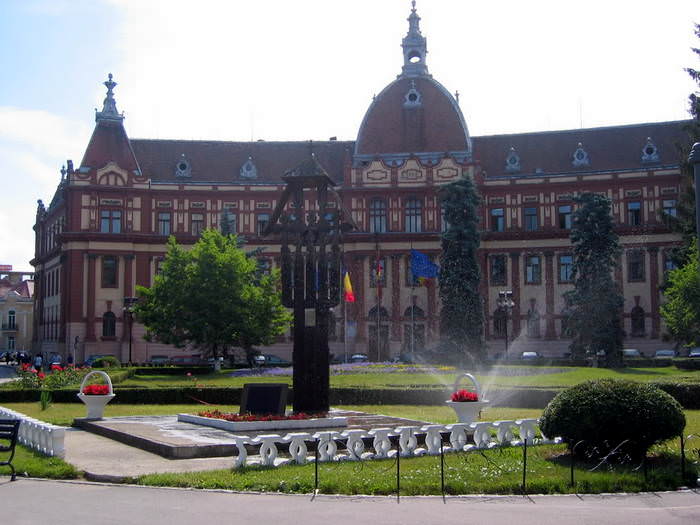 the area within the city walls was the town center, this entirely different neighborhood, inhabited since the twelve-hundreds, was dominant. It still contains some original houses, along with Brasov’s oldest house of worship, St Bartholomew’s Church, a Gothic construction sheltering within its own fortified walls. The church would be even older if it had not been destroyed by Tatar invaders in 1241, but it was rebuilt soon after that, with subsequent waves of renovation in the 15th, 16th and 17th centuries.

Hire a car in Brasov and go around to the sinaia mountains. it's beautiful. My advice is to go by your own, there are just a few slow bus and i think they are a bit dangerous.

Yah Brasov is my favorite city for sure :D