Edinburgh’s Royal Mile is well known for having great views, shops and restaurants, not to mention historic sites like Robert Knox’s House, Edinburgh Castle and Holyrood House. But far beneath the City Chambers building on the High Street is a world long-since abandoned. Across the street from St. Giles’ Cathedral is a small entrance to The Real Mary King’s Close. 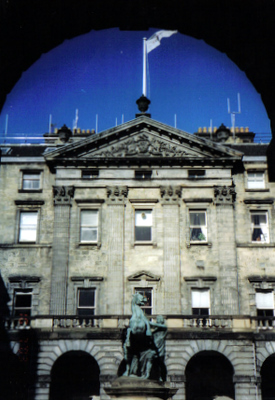 When the Edinburgh city government decided to build its Chambers building in the eighteenth century, existing houses, shops and entire alleys, known in Scotland as ‘closes’ had to be removed.  Instead of demolition, the city planned a unique approach to laying a foundation. Because the High Street rests atop a ridge with buildings constructed down the sides of the hill, new construction with a street-level façade would have to incorporate a vast amount of building space going down the hill. To remedy this situation, architects and engineers suggested leveling the existing structures at street level and using the rest of the buildings below as the foundation for the new building.

The result of the plan was to give Edinburgh a beautiful new City Chambers building but reduced previously open-air streets to subterranean, air-less crypts. Many of the residents were relocated but a few families decided to stay and live underground. 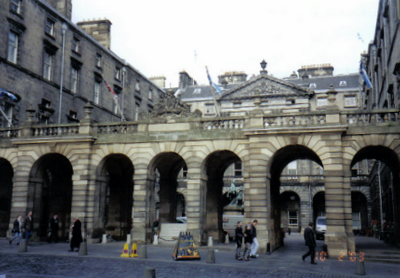 The Real Mary King’s Close opened in 2003 as an historic experience unlike any other. Tours are given of the unearthed close and the adjacent buildings that now exist completely underground. With research into the original residents, including Mary King, the close’s namesake, and the myths regarding the plague in Edinburgh, the trip into the past is rooted in fact. But because the entire experience is underground and dates back many centuries, it is easy to envision the ghosts of those long-lost residents of Edinburgh. 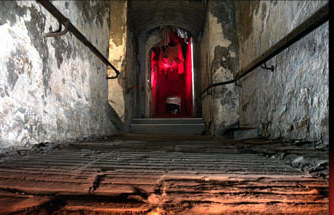 Tour guides are dressed in different period-appropriate attire and take on the identity of one of several real former residents or business owners in the close. They tell stories of their days in the close and what life was like in Edinburgh before running water or electricity simplified life. Special attention is paid to one Dr. George Rae, a plague doctor who operated out of the close during the 1645 plague that ravaged the city. 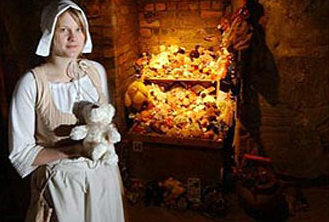 Annie’s Room is another part of the creepiness involved in walking the streets of medieval Edinburgh. Many tourists have come to Mary King’s Close over the years and a number of guests have claimed to see the ghost of a wee lass named Annie who is said to have died from the plague. Many visitors leave toys and trinkets for Annie to play with and Annie’s Room has become almost as big an attraction as the historic tour.

In addition to the guided tours and costumed hosts, The Real Mary King’s Close has a bookstore and gift shop to rival any other history-based attraction in Edinburgh. Books covering life in the closes or just general Edinburgh and Scottish history are the major features while locally made objects are also for sale.

There is no better attraction in Edinburgh, especially for the money, in terms of realistic portrayal of historic events. While popular myths are discussed they are refuted and the real stories of real people are told.