Every year hundreds of thousands of Belgian and European beer lovers from neighboring countries like Germany, the Netherlands, France, and Luxembourg travel for hours to the St. Sixtus Monastery in the tiny Belgian town of Westvleteren in West Flanders. They’re not coming for religious reasons though—they visit to collect two crates of the finest (Trappist) beer in the world, also called Westvleteren. They’ve special ordered this liquid gold by phone days, and even weeks in advance—the local phone network sometimes crashes under the weight of calls to the monastery. 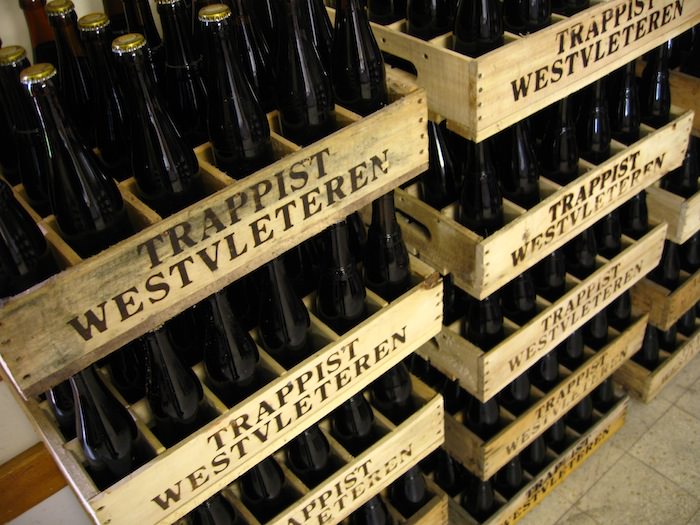 Crates of Westvleteren 12 at the Abbey of St. Sixtus await the arrival of proud new owners -Photo by Joe Stange

Cars line up for miles on the road leading to St. Sixtus, their drivers waiting patiently to collect their 48 bottles of strong dark ale that is world famous for its rich heady taste and super-high alcohol content (up to 11%). And they can only get one order per month. What is it about Trappist beer that makes it so sought after, and whispered about in revered tones in beer cellars the world over?

The Mystique of Trappist Beers

Never underestimate the power of mystique. Whether or not we admit it, the story behind a beer affects how much we enjoy it – and it’s hard to beat that classic image of a habit-wearing monk with a mashing fork. Beer aficionados love the idea that these beers are made intra muros at the abbeys, and thus must somehow be blessed by God. However, we’re not going to blow a lot of smoke about secret monkish miracles or divinely sanctioned beer. There are very earthly reasons these beers taste heavenly.

While modern changes to the monastery breweries have not always been welcome, Trappist ales continue to set high standards, so it’s perfectly natural to be enraptured with their amazing variety of sub styles, about 20 in all, ranging from strong, intense, rich, dark, malt, amber, to hoppy, fruity, sweet and dry ales. Each monastery is known for its own specialties. 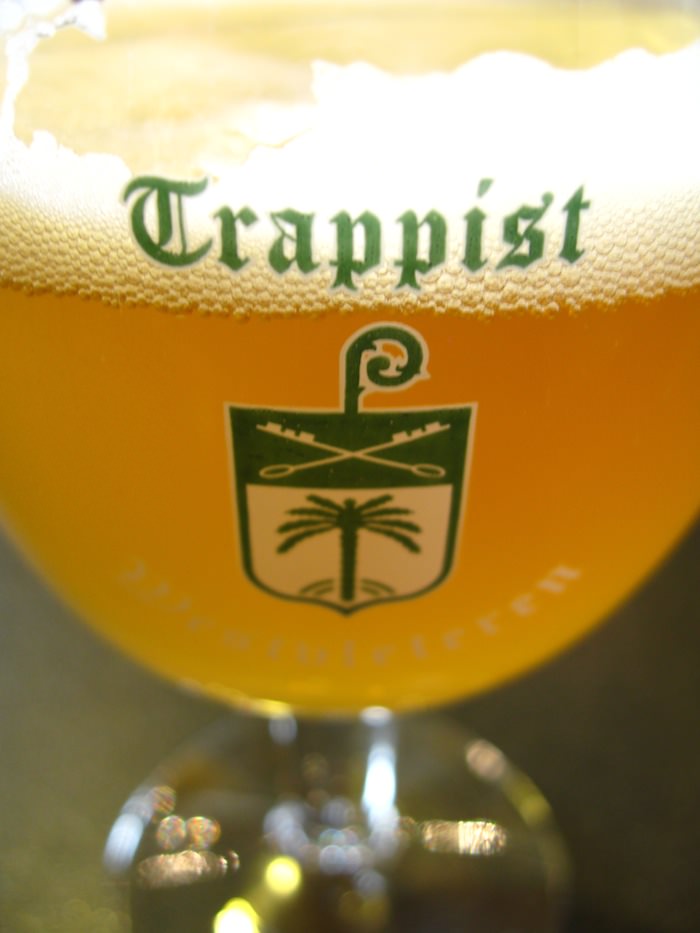 A glass of refreshing Westvleteren blond

Today’s Trappist breweries are modern affairs, with professional brewers hired by the abbeys, computerized equipment and well-designed web sites. The monks and their lay brewers stubbornly continue to make full-flavored beers based on old, tried-and-true recipes. Since the days of St. Benedict, monasteries have long been centers of study and learning, so it’s no surprise they would adopt newer technologies in their brew houses. Yet with the recipes there is a dogged conservatism that befits a 1,500-year-old religious order.

They weathered the postwar decades when taste disappeared from our slickly packaged foods and drinks, often to be replaced with corn syrup. When craft beer movements awoke in Belgium, U.K. and the U.S., the Trappist ales had been there all along. They offered an enlightening window into a more flavorful past. Any home brewer who’s successfully pulled off a good Trappist clone knows you don’t need a cross nailed to the brew house walls. It’s simple: These beers are great because they’re well made with single-minded devotion to quality, purity and tradition.

In fact, they’re made along the lines of Champagne using a secondary fermentation—a small dose of superheated “candy sugar”, or sucrose solution, and yeast is added to each bottle just before it is sealed. Then, as with Champagne, the beers re-ferment in the bottle as it ages, from 6 months to three years, at cellar temperature–hence the lofty Trappist reputation of complexity and its fine carbonation that rolls off the palate.

History of the Trappist Breweries

Of the dozen or so surviving abbey breweries in Europe, six are Trappist, and located in Belgium, with another located just across the border in the Netherlands. The ancestors of today’s Trappist monks left La Trappe in France’s Normandy region after the turbulent Napoleonic era ravaged the monasteries—an edict forbade people the right to join a religious order. For their very survival the monks left for Belgium, where, as Catholics, they were welcomed in this newly formed nation.

To this day Trappists have maintained their rigorous order of obedience passed on down from their Cistercian forefathers–poverty, silence, and humility. Expected to live off their own resources, they farm, grow gardens, cook, clean, and produce liquor, wine, confectioneries, butter, bread, cheese, pottery, soap and curios, and of course beer. Being an order of silence, Trappists can only talk during prayer, study, or work. 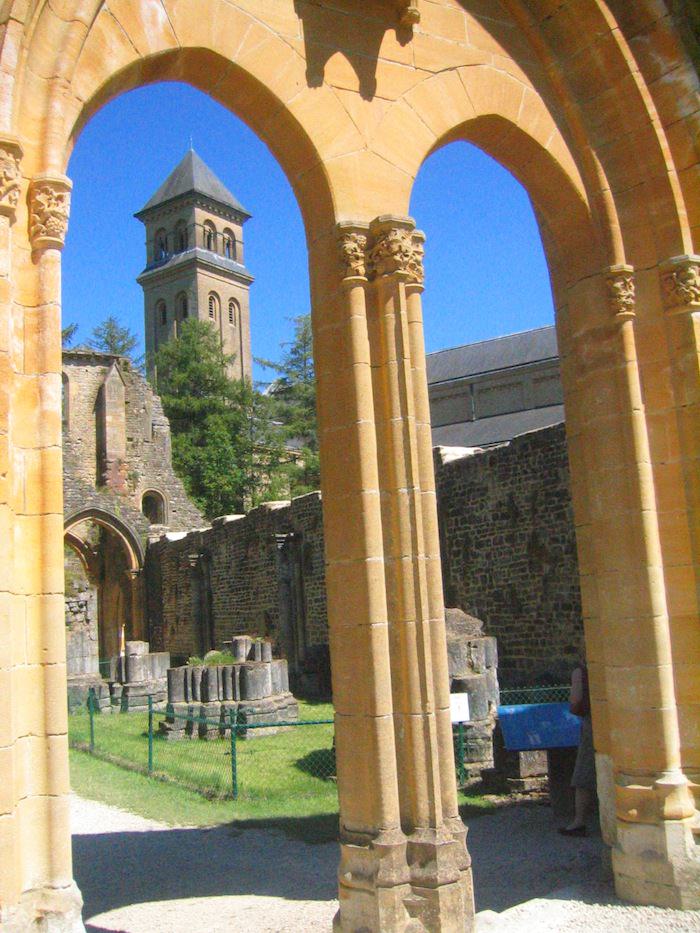 Early records show that beer was brewed primarily for their own use, then later for sale to the overwhelmingly curious lay public. The Chimay Abbey of Scourmont was the first to brew commercially, in the 1860’s. The rest is history. One entertaining account talks of beer being brewed in two strengths, “one for the priests, and one for the nuns”. One can only imagine the ensuing naughtiness when the nuns got their hands on the stronger brew. To this day the stronger Trappist brews are referred to as “Priest’s Beer”.

Often imitated and never duplicated, Trappist beer can thus only be brewed in one of these often remote, cloistered monasteries, under the supervision of the religious order. Only then can the prized hexagonal seal of authenticity stating, “Authentic Trappist product”, be affixed to its bottles. Most of the proceeds are expected to support the order, and go to charities. And the recipes are closely guarded secrets–the breweries are closed to the general public.

Many other breweries try to pass their counterfeit product off as Trappist, but are taken to task by the Trappist consortium of lawyers from the International Trappist Association, who maintains offices in Europe and Washington, D.C. The consortium vigorously prosecutes pretenders who will use monastic images or Trappist names on their labels, and deter people who sell Trappist beer on the Internet.

Orval
The present Abbey, Notre Dame d’Orval, stands beside the poignant ruins of the old, sacked during the French Revolution. It has a turbulent history, being destroyed and pillaged many times in its 1,000-year old existence. Standing in a secluded valley surrounded by tall trees, this abbey dates from the 10th century, becoming a Cistercian monastery in 1132. The Abbey grounds, ruins, and museum are open to the public. Orval added cylindro-conical fermenters, shortened its primary fermentation, and mellowed its bitterness by adjusting the water. Yet its dry-hopping and mixed fermentation (a late dose of Brettanomyces) help make it a unique craft beer far ahead of its time.

Chimay
Probably the best-known Trappist brewing monastery, Chimay stands on a small hill in the Ardennes Mountains called Scourmont, near Chimay, in Hainault Province. This Romanesque design abbey was built in 1850. From here the term “Trappist Beer” was coined between the two world wars. Chimay has perhaps taken the most heat for losing some character amid the addition of cylindro-conicals, yet its beers remain tasty ambassadors for Trappist ales and Belgian beer in general. 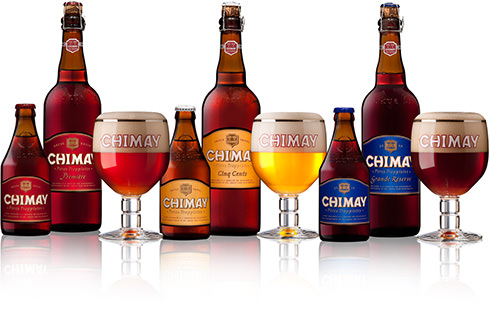 Rochefort
The least known of the Trappist Breweries, Notre Dame de St. Remy is near the small Ardennes town of Rochefort. Originally a convent, founded in 1230, the current buildings can be traced back to the 1600’s. Beer was first brewed here in 1595. After the devastation of the Napoleonic period, the Abbey was restored in 1887. Rochefort has a touch of coriander but doesn’t overdo it, unlike many abbey-affiliated (and homemade) imitations.

Westvleteren
The smallest of the Trappist breweries, the Abbey of St. Sixtus, at Westvleteren near Ieper and Poperinge in Flanders, dates from the 1830’s. See sidebar on how to purchase Westvleteren beer that has been ranked number one in the world by many beer authorities.

Westmalle
The abbey of Our Lady of the Sacred Heart is on the flat plains of Westmalle, between Antwerp and the Netherlands border. Established in 1794, this abbey is world famous for its Tripel beer. Westmalle is the largest Trappist brewery, and its dubbel and tripel literally defined those styles. Despite commercial pressures they have remained hoppy and dry.

Achel
Uniquely positioned with its Abbey buildings in Belgium and garden in the Netherlands, Achel is the newest Trappist brewery on the block, although it did have a brewery in 1850, for the monks. Other Monasteries here can be traced back to 1687. In 1998, the Monastery of Our Lady of Saint-Benedict opened a small pub, and now sells beer on a small scale.

Making the Pilgrimage to St. Sixtus

Thanks to hype, high quality and scarcity, the Westvleteren beers are easily the most sought-after Trappist ales. In theory they are only available from the Abbey of St. Sixtus itself or the In De Vrede café across the street, where you can always drink them and often buy a six-pack. Otherwise, as a condition of sale, the monks ask that the beers not be resold. 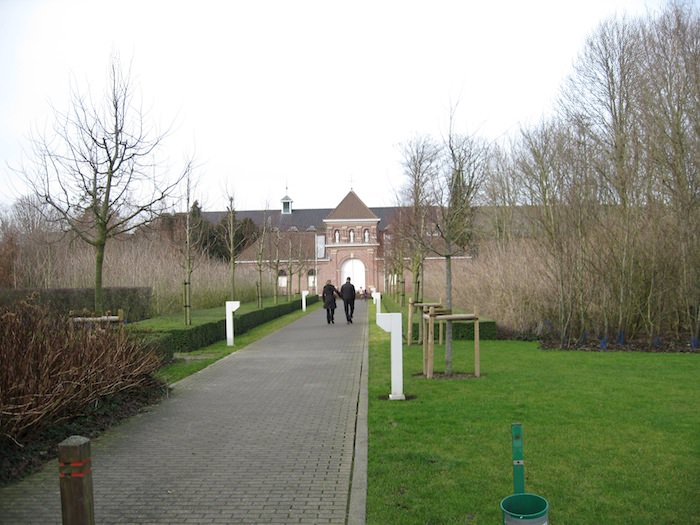 This path leads from the In De Vrede café to the Abbey of St. Sixtus at Westvleteren – Photo by Joe Stange

We believe in honoring their wishes. So, it’s time to prioritize that trip to Belgium you’ve been meaning to take all these years. And when you do, here’s how to get two or three cases of your very own. First, plan to rent a car. You can cycle or walk to Westvleteren from nearby Ieper or Poperinge, but good luck carrying all that beer.

Next, call again at the reservation time. Be patient, because the line will be busy. Set aside some time and be serious about hitting redial over and over until you get through. Remember that great beer lies at the end of your quest. For the record: It’s never taken us longer than 45 minutes to get through. Sometimes it’s only five or 10.

When you get through, make your appointment. Don’t worry, he speaks English. Tell him your license plate number (if possible) and how much beer you want.

Finally, show up on time. In fact, be early enough to enjoy some in the café across the street. Then go and get your treasure. The Westvleteren 12 will run you €33 per case (about US$45). That’s less than $2 a bottle. Just think about what those suckers are paying on eBay.

Carefully ship the beer or pack it in your luggage (just imagine the site of all that Westy in your cellar). If there’s not room in your suitcases, go ahead and drink some. You earned it. And, the brothers approve.

Written by Roy Stevenson and Joe Stange for EuropeUpClose.com

Roy Stevenson is a freelance writer based in Seattle, Washington. He writes on travel and culture, military history, sports and fitness, and film festivals. Joe Stange is a freelance writer, editor and beer nerd living in Brussels. He is co-author of Around Brussels in 80 Beers, published by Cogan and Mater.