A coastal town on Italy’s Salento Peninsula, Otranto is a city out of a fairytale (in fact, the first Gothic novel ever written was inspired by Otranto’s castle), but the city also has elements of a tourist trap. Fortunately, the tourist-focused areas of the city can be easily bypassed with just a little know-how. For example, the experience of walking the magical seaside promenade, which wraps all the way around the crescent-shaped bay, is, by it self, well-worth the visit. 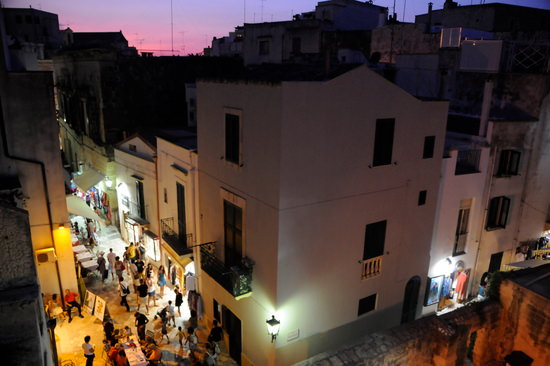 View from walkway over Otranto

Otranto has all of the features of a small Mediterranean city; with its good gelaterias, restaurants with the freshest of the fresh seafood, lively bars with great  views of the sea, and a picturesque harbor. As one might expect, there are a few tiny, quaint streets that wind around the area near the Argonese castle that are lined with shops selling brightly colored knick-knacks and local products, such as olive oil, wine, and baked snacks. It only takes a moment, however,  to realize that every store sells the exact same merchandise. These and other charming features have made it popular among Greek and Italian tourists. Fortunately, beyond these two or three touristy streets, Otranto is all sun, sea and several unique attractions. 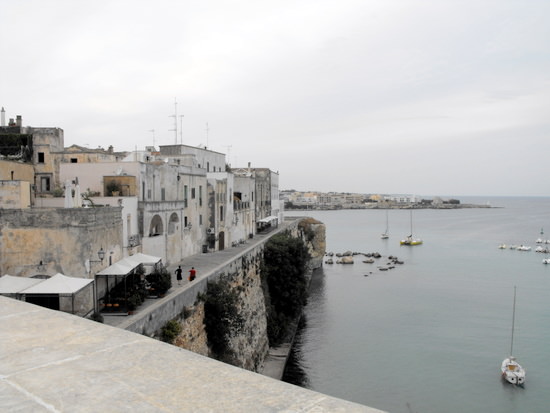 The Argonese castle, which runs throughout the center of the city, is one of the most elaborate in Puglia, and often features art shows. Visitors may tour the castle for a small fee. To the left of the main entrance to the castle is a set of steps. If you follow the steps, you will find yourself crossing a drawbridge-type walkway from which you can peer down onto the city streets below. The walkway leads to one of the city’s ancient walls and provides spectacular views across the bay and active port. 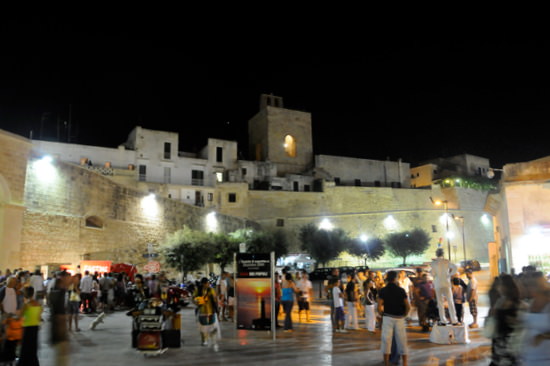 People outside the Argonese castle

From here, more steps lead down to the seaside promenade that wraps around the bay. Evening is my favorite time in Otranto, because the sun sets behind the city, creating a dramatic orange and pink backdrop for the city’s lights. 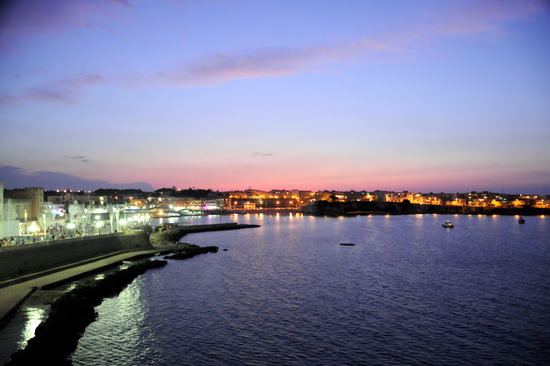 Otranto’s main cathedral holds a creepy secret. Inside you’ll find the harrowing Chapel of the Dead, in which 800 skulls of martyred Otranto citizens can be found. In 1480, Turkish pirates sacked the city and beheaded the 800 citizens who would not renounce Christianity. Now their skulls peer out from behind tall glass windows in the far right corner of the cathedral. If you enter the church through the main entrance, walk on the right side of the pews and the small chapel will be right in front of you. 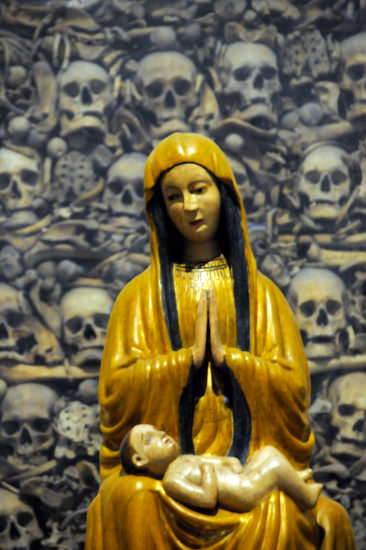 Chapel of the Dead

You can reach Otranto by train from Lecce; the ride takes about one hour. Renting a car gets you there quicker, and offers the added benefit of unhindered exploration up and down the beautiful Adriatic coast. The sea shore to the north offers sand beaches and dramatic sandstone cliffs that dominate the shoreline, while  the view to the south reveals tall white cliffs and expansive stone-filled fields.