Sic, Romania, is a town with an appropriate name. Editors write “sic” to tell readers that what they have just read is intended, even though it may seem like a mistake or misunderstanding. And if you visit this town, you may find yourself needing constant reassurance that your eyes are not deceiving you. Everywhere you look, there are people dressed in folk costume that has not changed in 300 years. 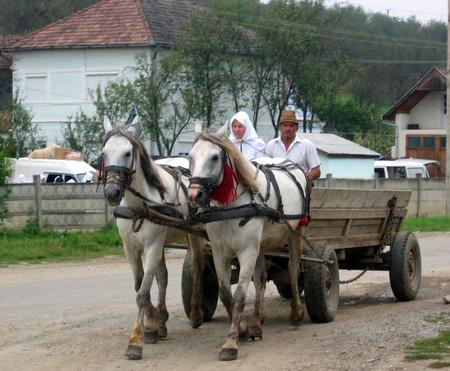 About 80% of Sic’s 2,700 inhabitants wear traditional clothes all or most of the time. Men wear straw hats, and blue waistcoats with brass buttons. Women wear red flowing skirts, embroidered white blouses with polka dots, and headscarves that are carefully color-coded: red for young women, dark red for middle-aged women, and black for the oldest. Red dots adorning the scarves get smaller and smaller as the ladies get older, and a widow’s scarf is pure black. A woman wearing a white scarf is indicating that she is working that day. Skirt color, too, transitions from red toward black as a woman ages. 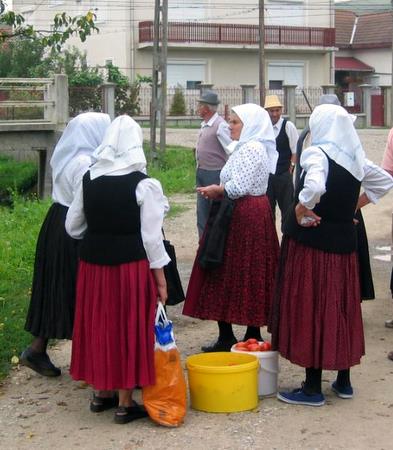 The locals take pride in keeping their clothes immaculate. On a Tuesday, which is market day, there are a particularly large number of people out and about, with different versions of the costume to admire.
Sic is 96% populated by ethnic Hungarians, and it is only they, not the few ethnic Romanians, who wear the folk costume. In fact, many Romanians do not know about this place. The Romanian man who visited with me, who grew up near the major city of Cluj just 25 miles away, was mystified by the locals’ dress and initially thought they must be celebrating some holiday. The town’s fame is much greater among Hungarians, who call it Szek. 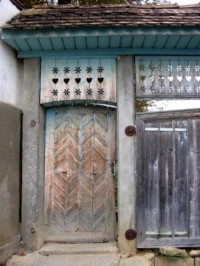 Sic has a surprising variety of religious denominations. Reformed, Roman Catholic, Unitarian, Romanian Orthodox, Pentecostal, Seventh-Day Adventist, and Greek Catholic believers all attend different churches. But the Reformed faith claims three-quarters of the population. The large, twelfth-century Reformed church is easily visible from everywhere in the village, standing on a centrally located hill. It is surrounded by fortifications, and is said to have a secret underground tunnel through which townspeople can escape if the town is besieged. The church opens at noon. 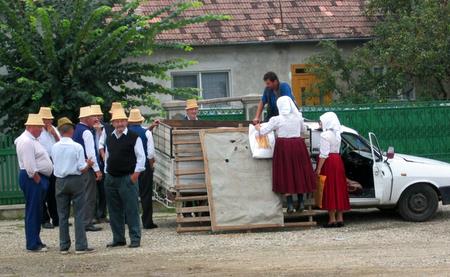 Sic is a divided community in another way, too. It is split into three sections, which center on its three main streets. First Street, the most central, is home to the richest people. Third Street is considered the lowest class. In practice, most of the life happens on Second Street. In Hungarian they are called Felszeg, Csipkeszeg and Forroszeg. Since about 1989, the three parts’ inhabitants have mixed with each other fairly freely, but for 550 years before that, they led isolated lives. Marriages between them were strictly forbidden. And, each of the three neighborhoods still has its own entrance gate to the central church. 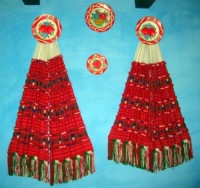 As merry as Sic’s inhabitants may look in their colorful dress, there is a tragic story behind it. The people of the town vowed to adhere to this garb, with black symbolizing mourning and red representing blood, after an invasion by Tatars in August 1717 which killed 90% of Sic’s population. This calamity is commemorated each August in a week-long festival where people show off traditional dances and the main church hosts a special memorial service. During that festival, Sic’s population swells by about 1,000. 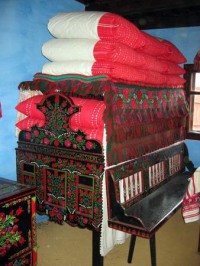 Another tradition observed here – though this is common in the region, not unique to the town – is to maintain a “clean room” in each house. The room is full of ornate furnishings and only used on holidays. Only six homes in the village make their clean rooms available for visitors. But you can see the type of things they contain if you visit one house that is permanently kept up as a museum – ask for the “muzeu” (Romanian) or “múzeum” (Hungarian). Here you can see intricately painted wooden chests and bright woven blankets and curtains. Folks in the area became very accomplished in eye-catching designs because these items would often be used in a dowry. The fancier the decoration, the greater the chance of marrying off the daughter. 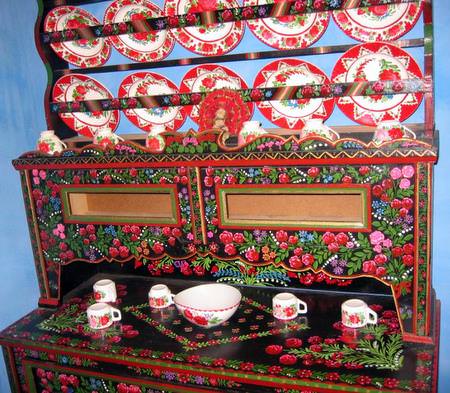 Sic is celebrated for another custom as well: the dancehouse. For centuries, young people have gathered there for big traditional dances accompanied by folk music. Sic only has one dancehouse left, located on Second Street. Back in the day, each of the three neighborhoods had its own dancehouse – and visitors from the other two parts of town were not admitted unless specifically invited as guests.

Europe Travel Tip: If you want a guide as you tour Sic, go to the town hall. The administrative assistant of the mayor’s office – who speaks a little English, as well as Hungarian and Romanian – is happy to escort tourists around.