The magnificence of the Albi Cathedral of St. Cecilia, in southwestern France, belies a history based in bloodshed. Those fierce times are long gone, and today the cathedral is a calm place of worship and a must-see impressive sight for visitors in the town of Albi. 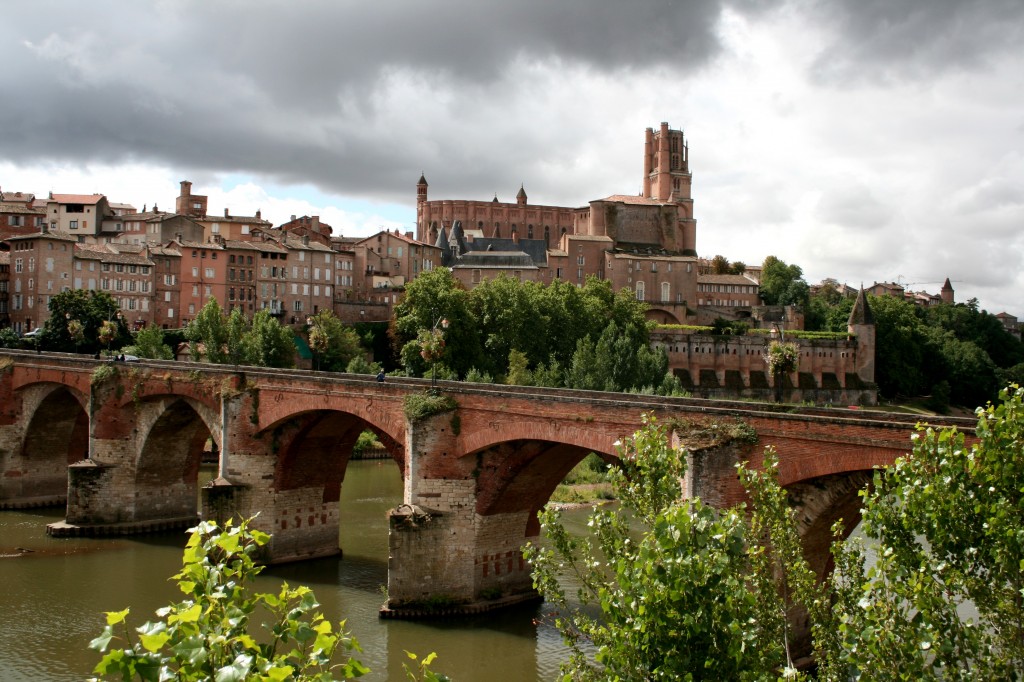 The Gothic cathedral, built in the late 13th century as a fortress (no mistake, it looks like one), is one of the largest brick buildings in the world. Set on a hill above the River Tarn, it was designed to proclaim the might and power of the Catholic Church after the Albigensian crusades against the Cathars. Entire town populations were massacred, and the Cathars, considered heretics, were defeated. 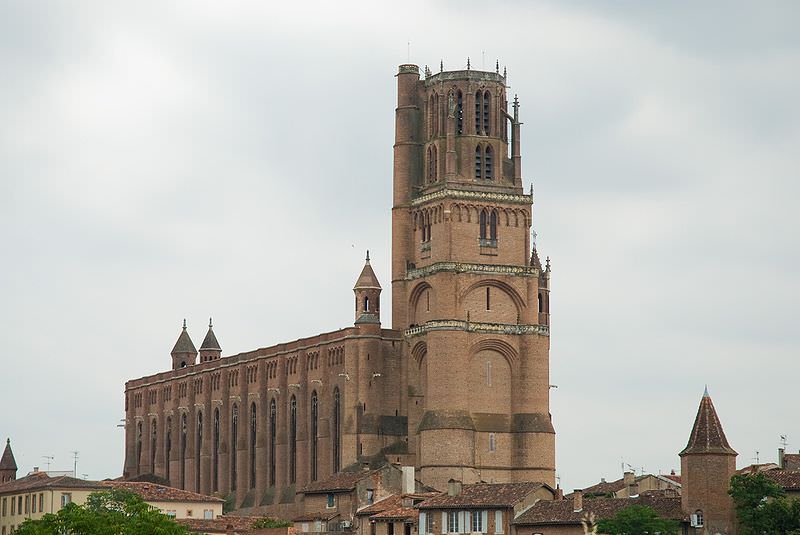 In 1282, construction on the Albi Cathedral began where previous churches stood. One, from the 10th century, was named St. Cecilia, the musicians’ saint; the new church claimed her as patron saint. It took 200 years to complete the building. The stern exterior, with a 78-meter tiered bell tower, gives no hint of the spectacular art and craftsmanship you see inside. The white stone gargoyles along the roofline and the canopy over the south porch were added later. 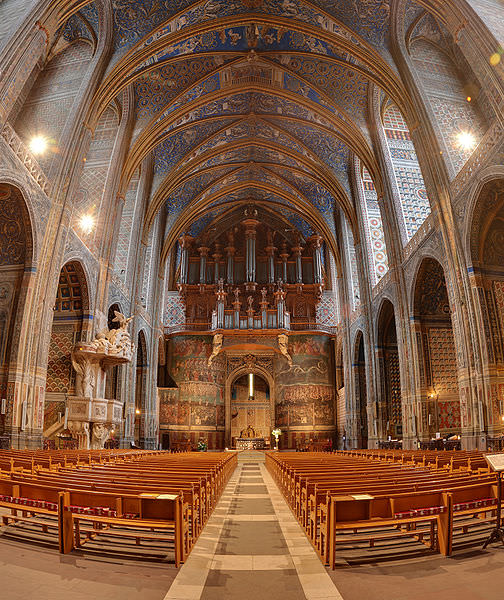 The Nave in France’s Albi Cathedral

The interior is, in a word, dazzling. Every surface holds painted religious scenes, ornate designs, or scroll work. There are carved woods and intricately filigreed white limestone. Scores of colorful statues, sculpted with great skill, show unusual detail and human expression. Spreading across the vaulted ceiling is the largest collection of Italian Renaissance frescoes in France, contemporary with the Sistine Chapel. These 16th-century frescoes show pastoral and Biblical scenes set against a blue-sky background. 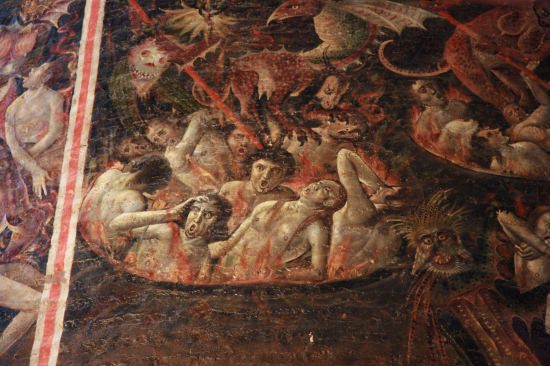 The ceiling painting of the damned in Albi Cathedral

The cathedral’s pipe organ, built in 1736, is considered one of the three finest classical organs in France. Free concerts are held in July and August on Wednesdays and Sundays. A huge mural, entitled The Last Judgment, graphically depicts the fate of the wicked. The 15th century mural, covering both sides of a round wall of the nave, shows the saved on one side and the damned on the other, suffering in Hell with monsters and demons. The French and Flemish painters who created these ghastly scenes would have been amazed to know that 500 years later, tourists would be trooping in by the thousands to admire (and perhaps be horrified by) an important work of medieval art.

Entrance fee charged; free under age 12. Photography is allowed. Headsets, for a fee, provide a self-guided one-hour tour. It is a one-hour train ride to Albi from Toulouse.

Written by Marilyn McFarlane for Europeupclose.com

Gorgeous gorgeous church! Words don't do it justice. This is a MUST SEE place.